You can now buy the Matchday Programme for this Friday's game between Coventry City and Queens Park Rangers.

Despite the game being behind-closed-doors, PUSB is back and available for £3 - to order your copy and get it delivered to your door, click here!

Striker Matty Godden is the main feature after he netted City's first goal back in the Championship last week, and he talks about his aims for the campaign ahead and reflects on last season's title success.

We take an in-depth look at our opponents Queens Park Rangers and bring you columns from Manager Mark Robins, Captain Liam Kelly and Chief Executive Dave Boddy, plus a look at the Sky Blues' new signings during the Summer.

There's also lots of other features too - including the continuation of Jim Brown's Sky Blue Story, an interview with former City striker Stephen Elliott and the start of our look at Testimonials of the past.

There's all this, plus the latest from Sky Blues in the Community, the Under 23s and a look at the new arrivals in the Under 18s squad - and much more!

So make sure you get your copy of PUSB  - just click here to buy! 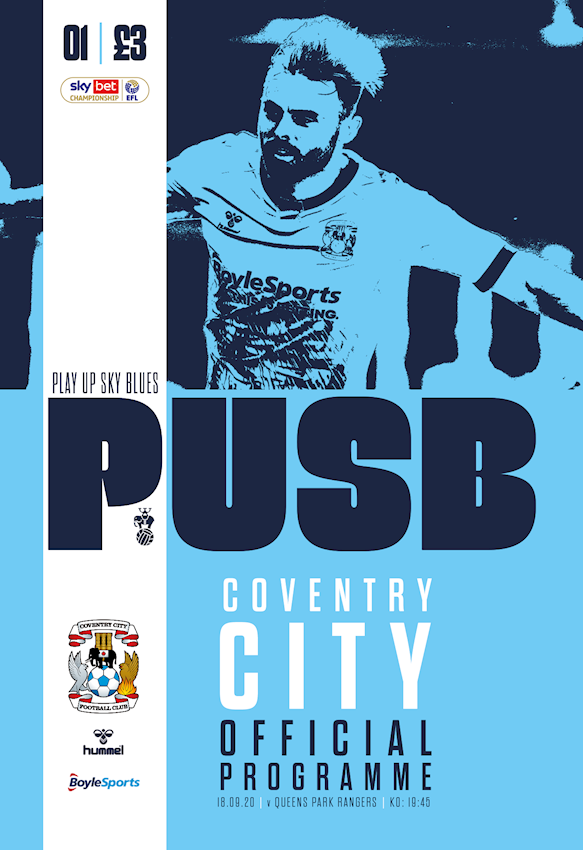