The Sky Blues fell to defeat against Bournemouth in the Sky Bet Championship on Friday night.

Jefferson Lerma opened the scoring early on only for Matty Godden’s penalty just before half-time to bring the teams level.

A second-half brace from Dan Gosling took the game away from City who finished the game with 10-men after Gustavo Hamer was shown a red card.

Mark Robins made one change from the side that drew at Barnsley last weekend, with Jordan Shipley replacing Jamie Allen in midfield.

Bournemouth dominated possession in the opening stages and took the lead after six minutes when Lerma rifled an effort past Marko Marosi from the edge of the penalty area from Dominic Solanke’s cut-back.

The Sky Blues burst into life on 15 minutes when Hamer tried his luck from 25-yards out with Asmir Begovic tipping his goalbound effort around the post.

The visitors came close to doubling their lead minutes later, with Marosi keeping the ball out after a goalmouth scramble, before Dom Hyam made a superb block to deny Sam Surridge from close range.

City continued to search for an equaliser when Hamer fired a snapshot over the bar after wriggled his way past three Bournemouth defenders.

Dom Hyam produced another heroic block to keep the Sky Blues in the contest when he put his body in the way of Solanke’s goalbound shot, after the striker had rounded Marosi, with the defender clattering into the post.

The Sky Blues came within inches of levelling the contest at the other end when Ryan Giles picked out Callum O’Hare with the midfielder’s well-placed effort shaving the base of the right-hand post.

Ben Sheaf was then fouled by Lewis Cook inside the penalty area, with Godden coolly sending Asmir Begovic the wrong way from the resulting spot kick, coolly finding the bottom left corner.

Robins made a double change at half-time with Michael Rose replacing Leo Ostigard and Allen coming on for Shipley.

The visitors created the first chance of the second half when Jack Stacey floated a cross towards the back post for Adam Smith, with Marosi easily gathering the defender’s header.

Bournemouth could have taken the lead moments later when Gosling was picked out on the edge of the penalty area only to sky his effort well over the crossbar.

The Cherries then retook the lead early in the second half when the ball broke to Gosling inside the box, with the midfielder finishing past Marosi from close range.

Marosi then made a stunning save high to his left to deny Surridge’s header after City failed to clear the ball from a corner.

On the hour mark, Bournemouth added to their lead when Gosling’s powerful effort from 25-yards out found the net.

Jason Tindall’s side came close to adding a fourth goal when Surridge’s effort hit the base of the left-hand post.

The Sky Blues were reduced to 10-men when Hamer was sent off on 69 minutes after both sets of players came together following a foul by Adam Smith on Fankaty Dabo.

From the resulting free-kick O’Hare hit the outside of the post from a tight angle as City looked to reduce the deficit. 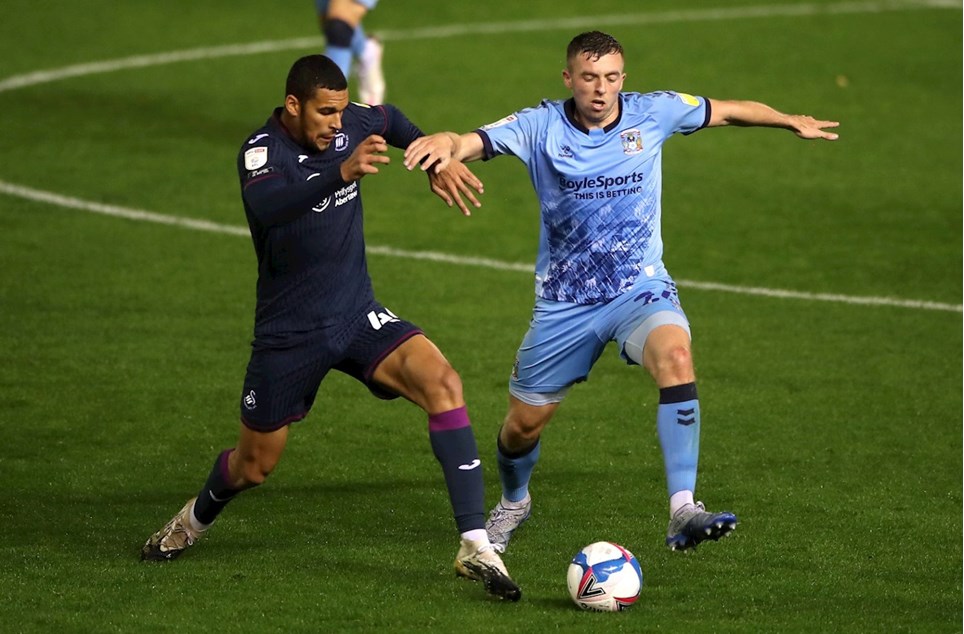 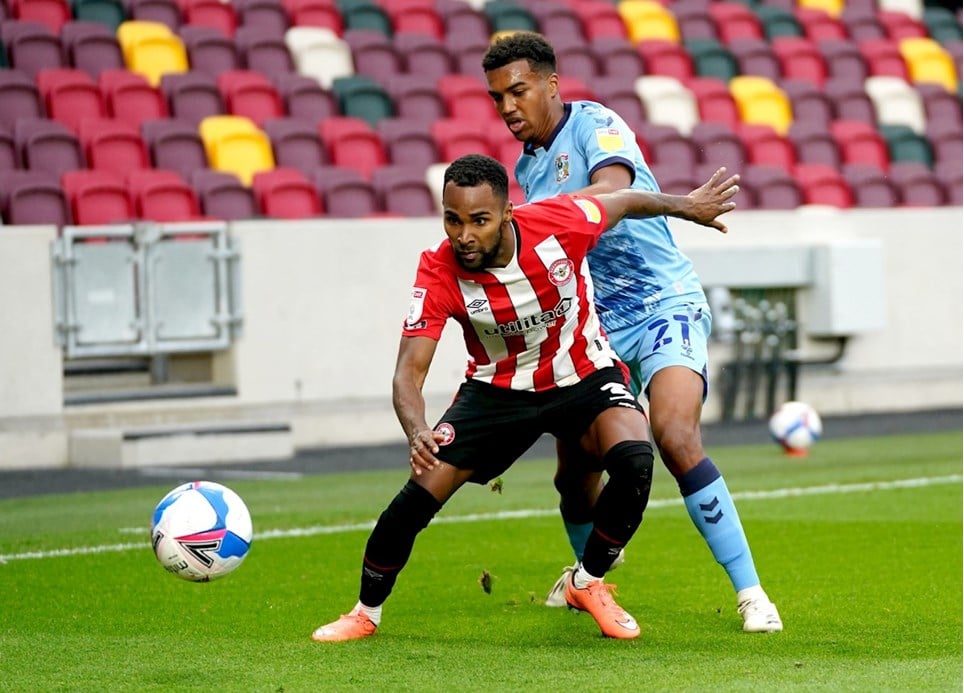 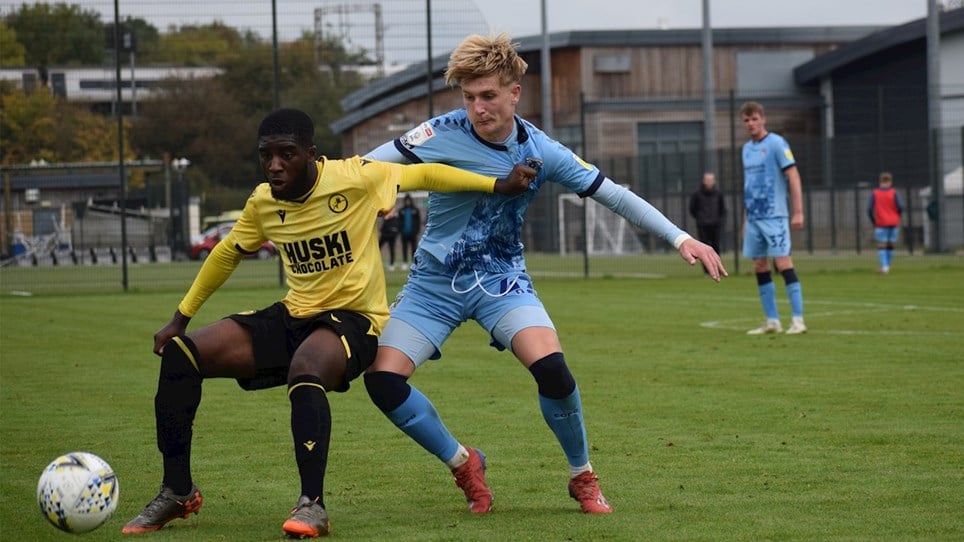