The Sky Blues travel to Middlesbrough on Tuesday night. Here’s everything you need to know about our opponents. 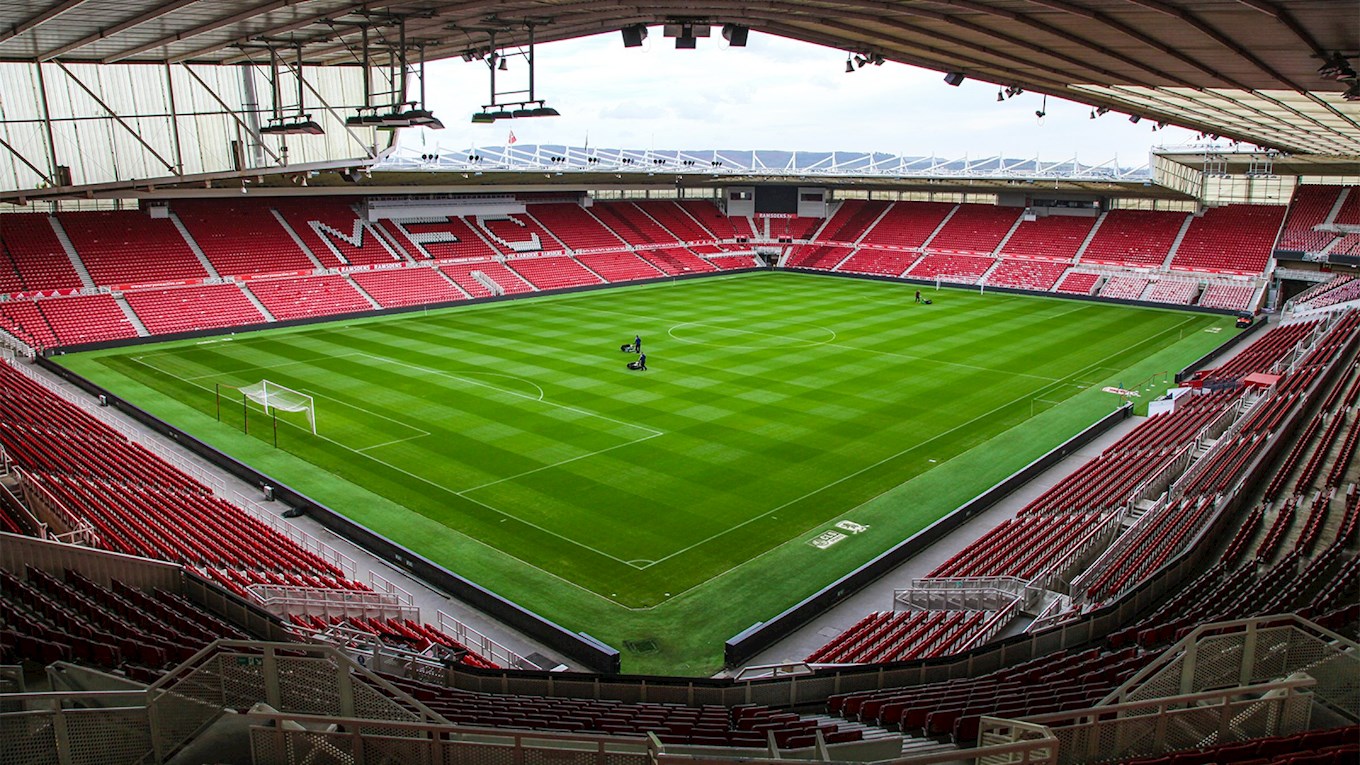 The Boro have made some impressive additions this summer, signing Chuba Akpom and Sam Morsy on permanent deals as well as both Marcus Bettinelli and Patrick Roberts on loan.

Warnock’s side have proven difficult to beat this season, losing just once in the league, and are currently on a six-game unbeaten run. 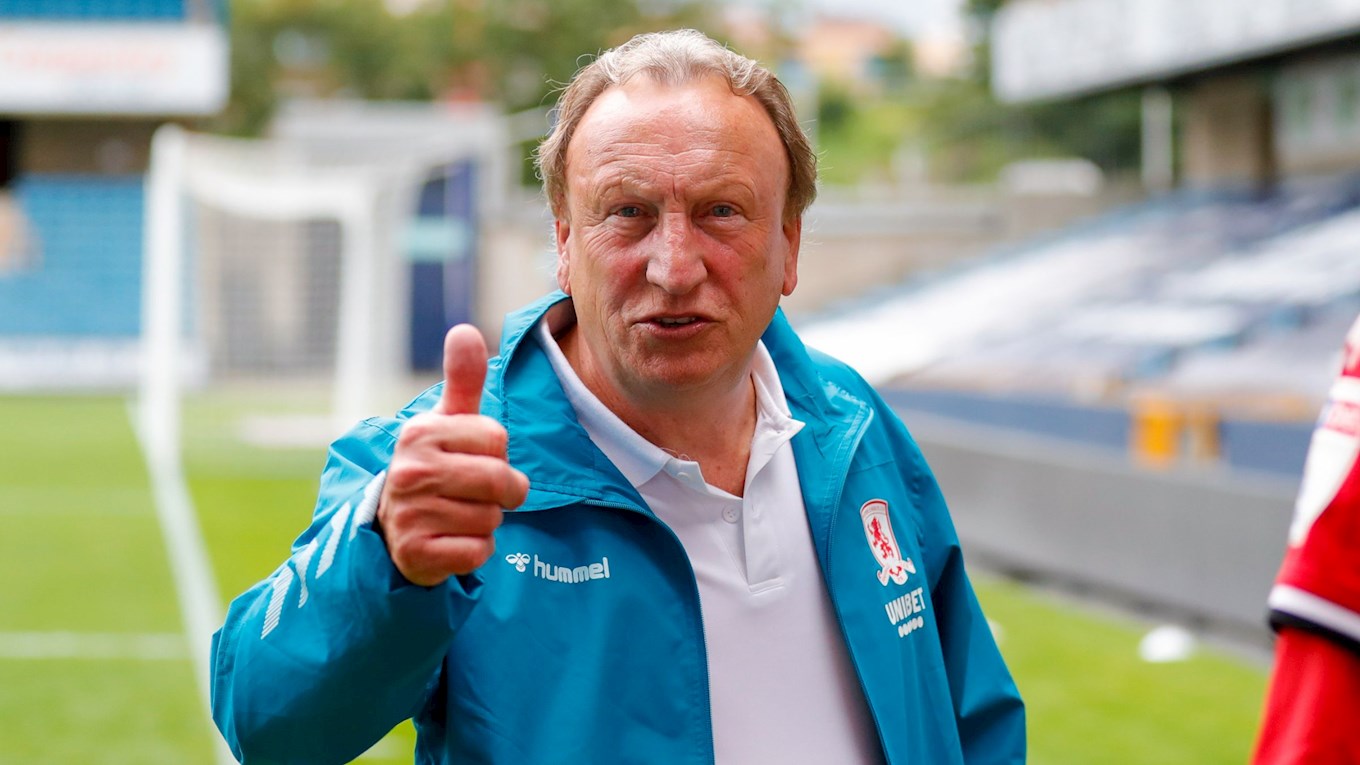 Another successful stint with Notts County would follow, achieving back-to-back promotions with the Magpies, taking them from the third division into the first division, before being sacked after they were relegated from the top flight in 1991/92. 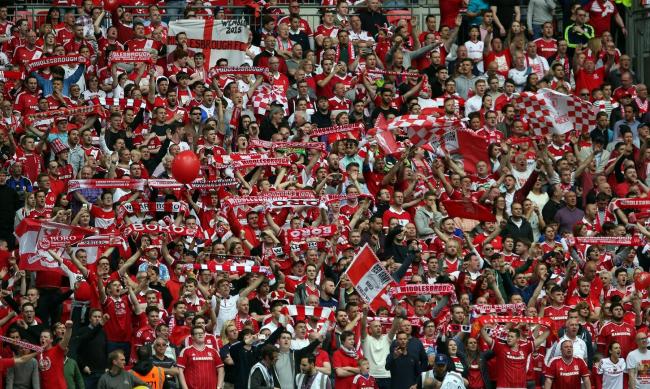 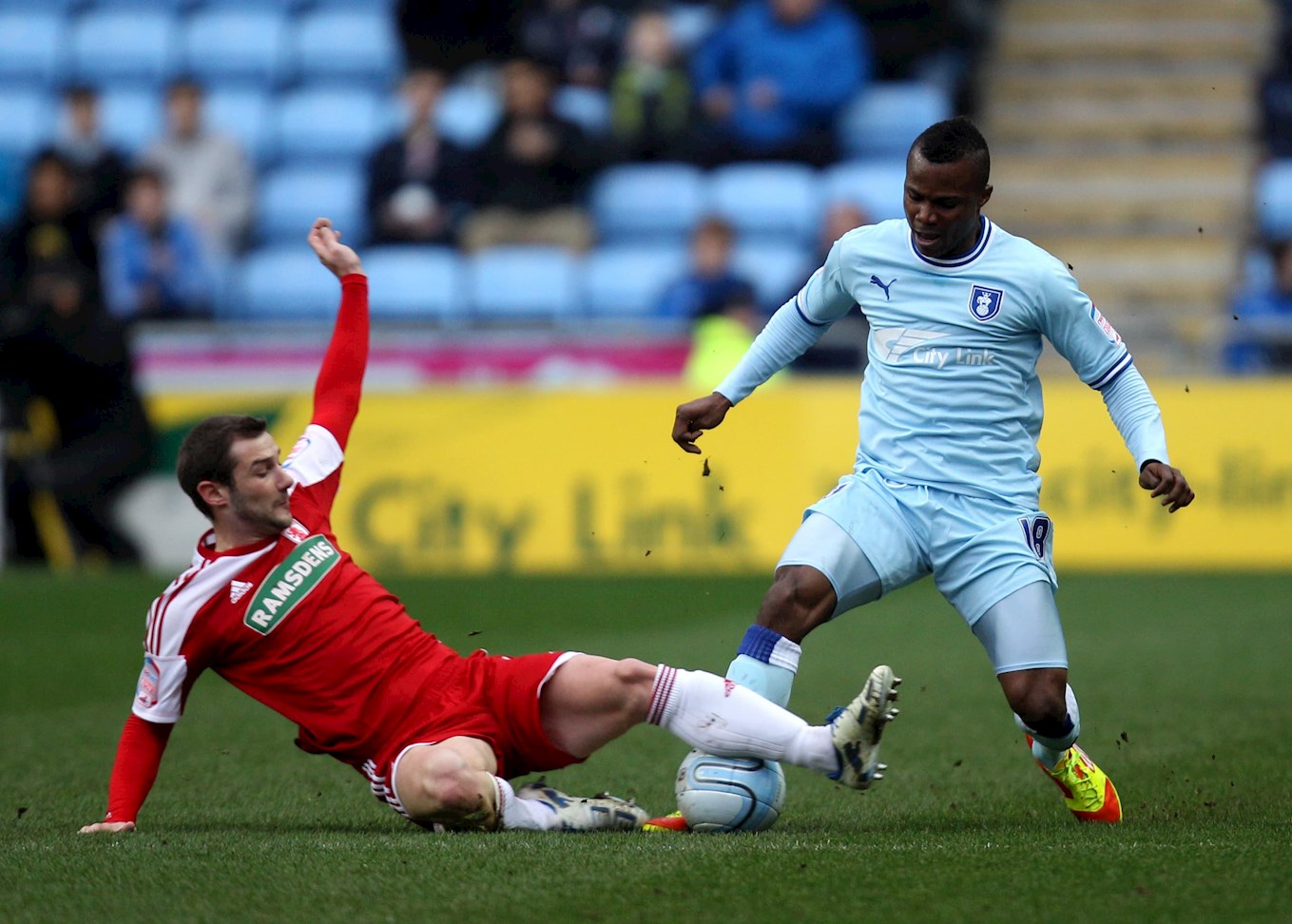 The two sides last met in January 2012 with the Sky Blues claiming a 3-1 win in a Championship clash at the Ricoh Arena.

Middlesbrough created the first chance of the game when Scott McDonald shot on the turn with the striker’s effort well saved by Joe Murphy.

Murphy made a stunning save to keep the scores level when he tipped Joe Bennett’s venomous drive from inside the penalty area over the bar.

The Sky Blues took the lead on 36 minutes when Gary McSheffrey played a one-two with debutant Alex Nimely before coolly finishing past Danny Coyne.

Boro midfielder Kevin Thomson was then sent off shortly after for two yellow cards, after catching McSheffrey with a high challenge when already on a booking.

Despite being a man down, Boro continued to threaten with Murphy pushing Bennett’s long-range around the post.

The visitors came close to an equaliser in the second half when Barry Robson’s effort from 25-yards out went wide of the right-hand post.

City doubled their lead when Middlesbrough failed to deal with McSheffrey’s dangerous free kick from the right, with Nimely heading the dropping ball over the line despite the best efforts of Rhys Williams.

Boro responded with a goal of their own when Marvin Emnes’ cross was touched home by McDonald from close range.

Nimely was denied a goal against his former club, having spent the first half of the season on loan at Boro, when his effort was kept out by Coyne after a superb pass from Bell.

Middlesbrough’s day was compounded when Julio Arca was sent off for a two-footed challenge on Sammy Clingan in injury-time. 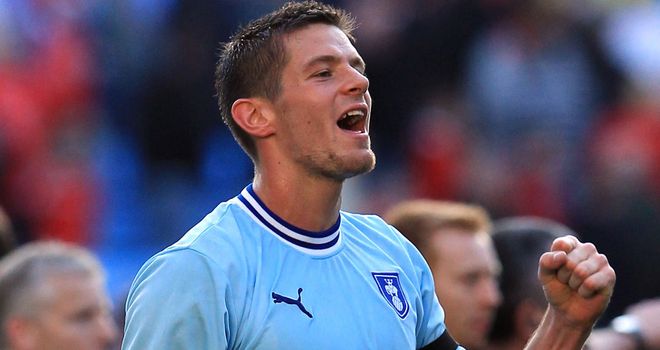 Jutkiewicz started his career at Swindon Town, helping them achieve promotion to League One, before being signed by Premier League side Everton.

He would make just one appearance for the Merseyside club and spent time on loan at Plymouth Argyle, Huddersfield Town and Motherwell, scoring an impressive 12 goals for the latter, before joining the Sky Blues on a permanent basis in July 2010.

The striker scored 18 goals in 69 appearances for the club and made an impressive start to the 2011/12 campaign before being loaned to Boro in January 2012, with the move made permanent shortly after.

He struggled for form at the Riverside Stadium club, scoring 15 goals in 71 appearances, and was loaned to Bolton Wanderers before joining Burnley in July 2014.

The 31-year-old failed to find the net for the Clarets in 35 appearances and joined his current employers in August 2016 and has enjoyed the best spell of his career at St Andrew’s.

Jutkiewicz has scored 47 goals in 178 appearances for the West Midlands side and netted 15 times in the Championship last season. 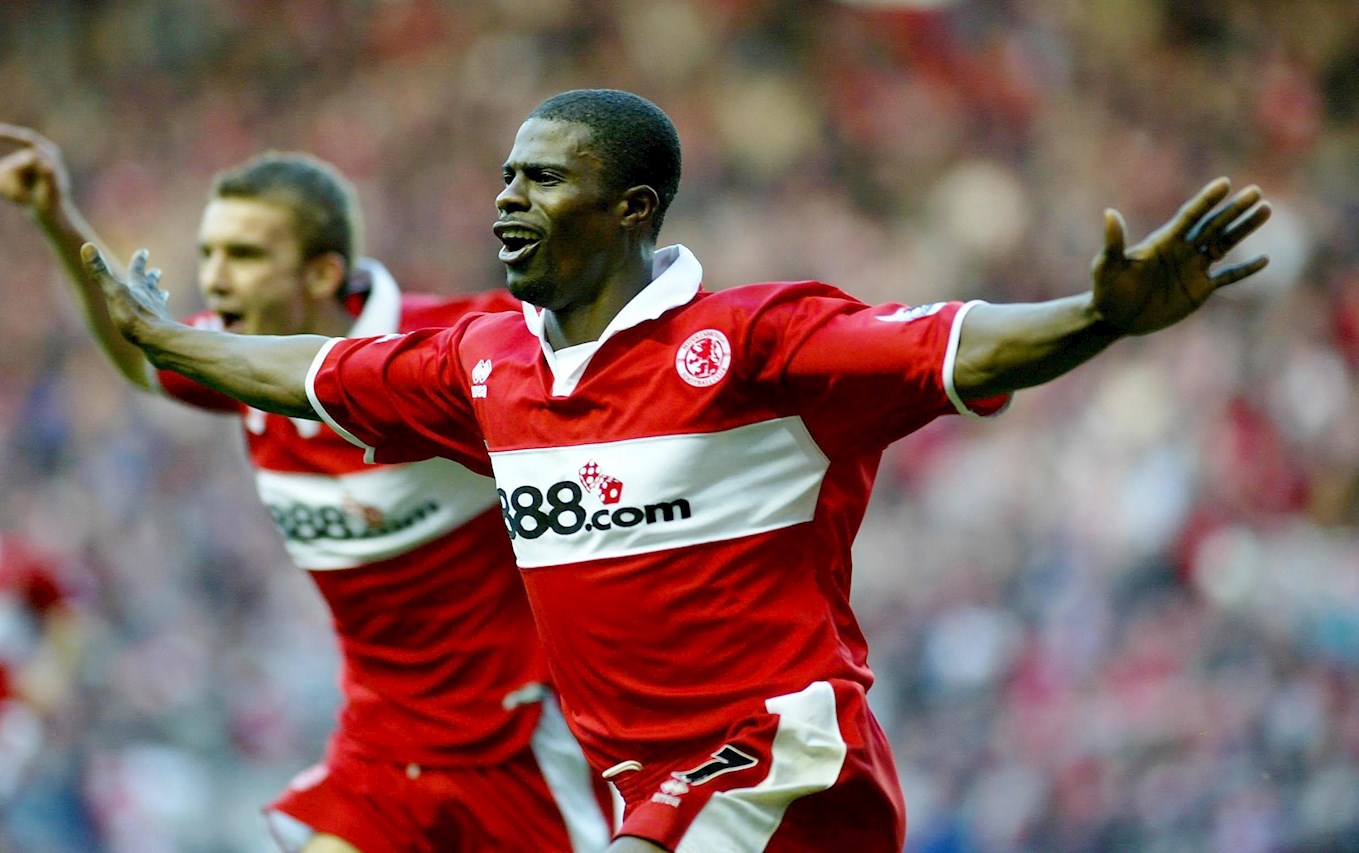 Netherlands international George Boateng is a favourite amongst Sky Blues supporters and went on to enjoy a distinguished spell with Middlesbrough during the prime years of his career.

Boateng began his career in the Netherlands with Excelsior before joining Dutch giants Feyenoord for whom he made 70 appearances.

He moved to the Sky Blues in 1998 and memorably scored twice in a 4-1 victory against Aston Villa to end City’s 63-year wait for a league win at Villa Park.

The midfielder departed for Villa Park in 1999, having made 57 appearances for the Sky Blues, scoring seven goals.

With Villa, Boateng made 135 appearances and helped them reach the 2000 FA Cup final where they were beaten 1-0 by Chelsea at Wembley.

After three seasons with the Villains, Boateng joined Middlesbrough in 2002 and helped the club win the League Cup for the first time in their history in 2004, beating Bolton Wanderers 2-1 in the final.

He then helped the club enjoy a memorable run to the 2006 UEFA Cup final which culminated in a 4-0 defeat to Sevilla, having reached the final against all the odds.

Boateng departed the Riverside Stadium having made 223 appearances, scoring nine goals, which included a spell as club captain, before joining fellow Premier League side Hull City in July 2008.

He would spend two seasons in the top flight with the Tigers before finishing his career with spells at Greek side Xanthi, Nottingham Forest and finally T-Team in Malaysia. 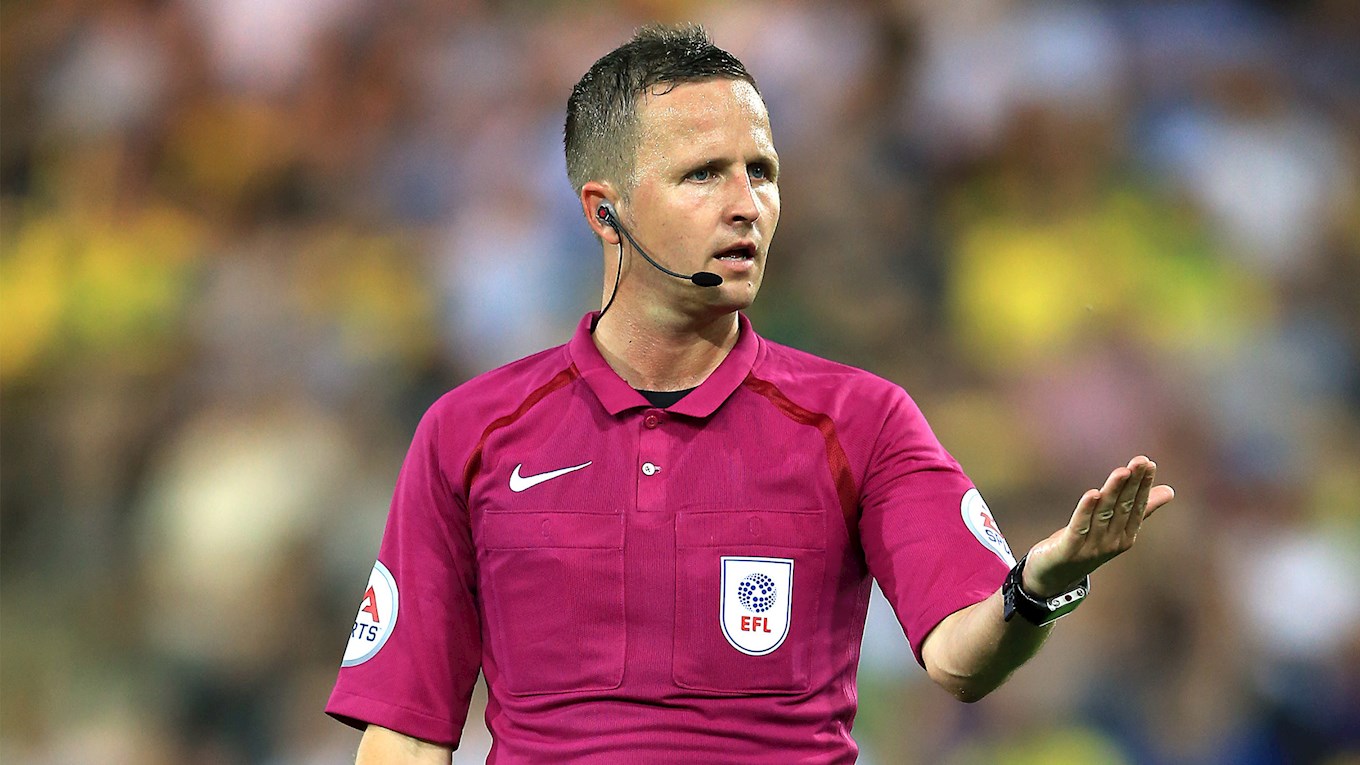 David Webb will be the man in the middle on Tuesday night, taking charge of his seventh game of the 2020/21 season.

He last refereed the Sky Blues in May 2018, when City memorably beat Exeter City 3-1 at Wembley in the League Two play-off final.

This will be Webb’s 13th season as a Football League referee and he has officiated the Sky Blues on 11 occasions, with City winning five, drawing three and losing three of those matches.

So far, Webb has awarded 17 yellow cards and one red card across six matches in the Carabao Cup, Championship and League One.

He will be assisted by Richard Wild and Steven Meredith with Michael Salisbury acting as fourth official.