The Sky Blues take on AFC Bournemouth in the Sky Bet Championship on Friday night in front of the Sky Sports cameras. Here’s everything you need to know about our opponents. 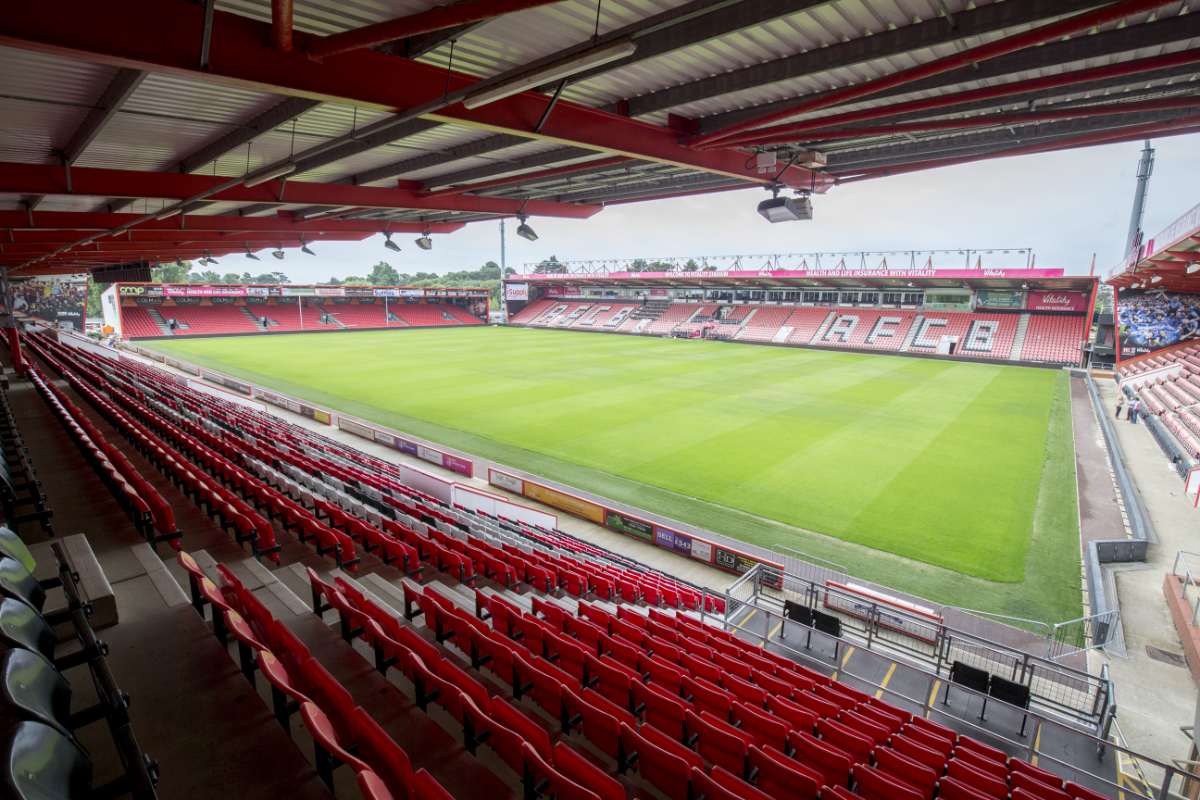 Bournemouth were relegated on the final day of the 2019/20 Premier League season bringing an end to their impressive five-year stay in the top flight.

It has been a summer of change at the Vitality Stadium with Eddie Howe replaced in the managerial hotseat by his long-term assistant Jason Tindall after eight seasons at the helm.

They have lost a number of star players including Aaron Ramsdale, Nathan Ake and Callum Wilson, all to Premier League clubs, but still have the likes of Jefferson Lerma, David Brooks and Dominic Solanke on their books.

The Cherries have made a good start to the new season and are unbeaten in their first three matches claiming home wins against Blackburn Rovers and Norwich City and drawing away at Middlesbrough. 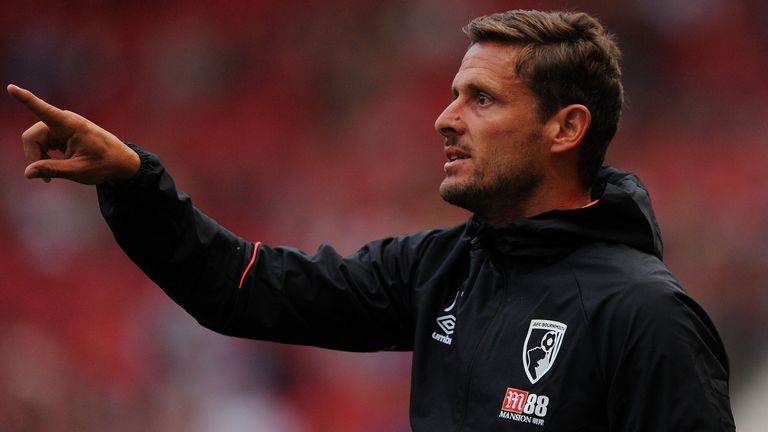 Jason Tindall was appointed as Bournemouth manager this August, being promoted from his role as assistant manager to continue his 18-year association with the club.

Tindall’s first managerial role came as player-manager of Weymouth in 2007/08, spending one year in charge of the Dorset club before returning to the Cherries as assistant manager in September 2008.

During his time as assistant manager, Tindall helped the club stay in the Football League before then achieving promotion to League One in 2009/10.

He followed Eddie Howe to Burnley in January 2011 and spent 18 months with the Clarets, before returning to Bournemouth with Howe in October 2012.

The duo took the club from the League One relegation zone to promotion to the Championship at the end of the 2012/13 campaign before then helping the club reach the Premier League for the first time in their history in 2014/15.

The pair defied expectations to take Bournemouth as high as ninth in the top flight, enjoying a five-year spell in the Premier League before their relegation last season.

With Bournemouth, Tindall has managed five games recording three wins, one draw and one defeat. 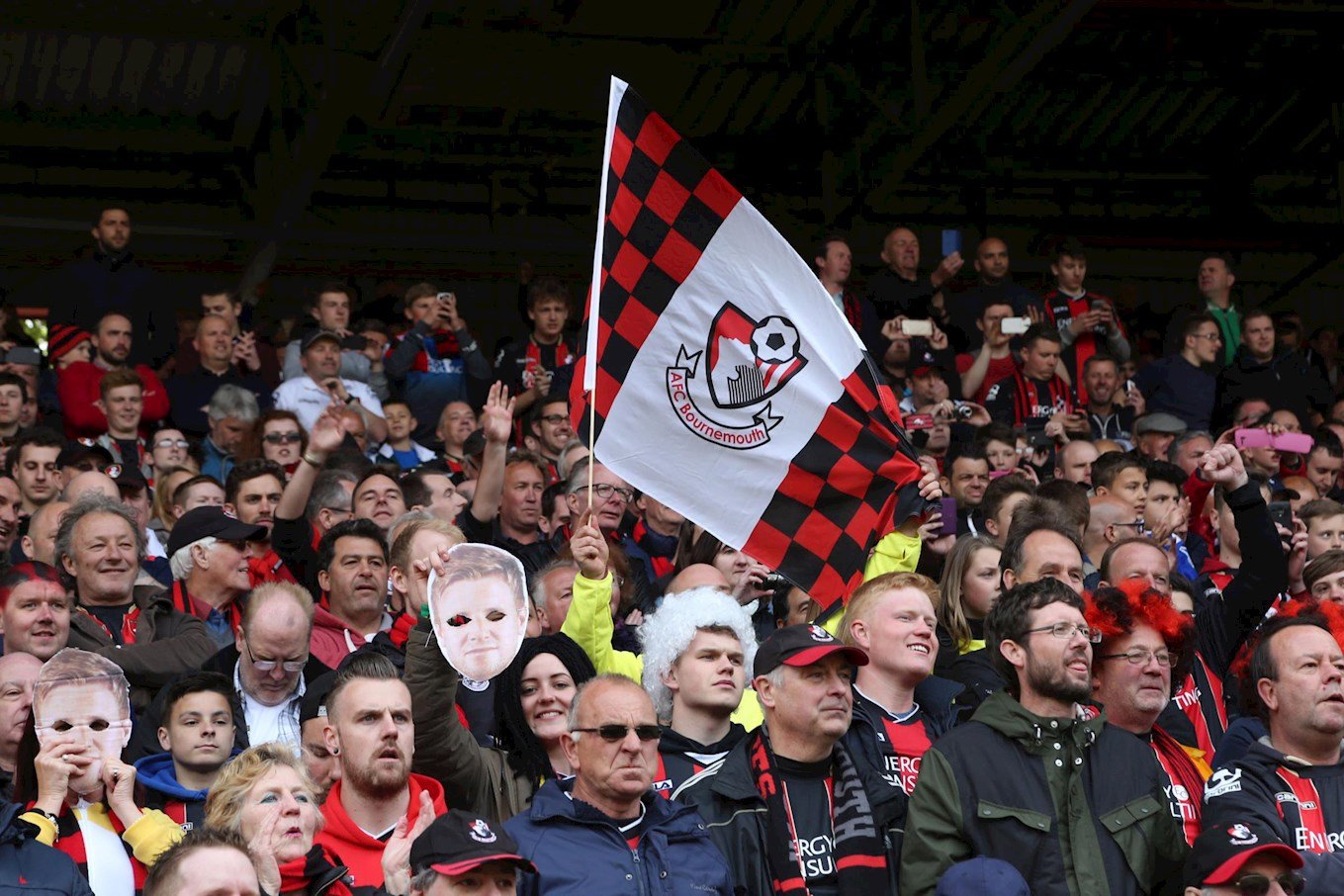 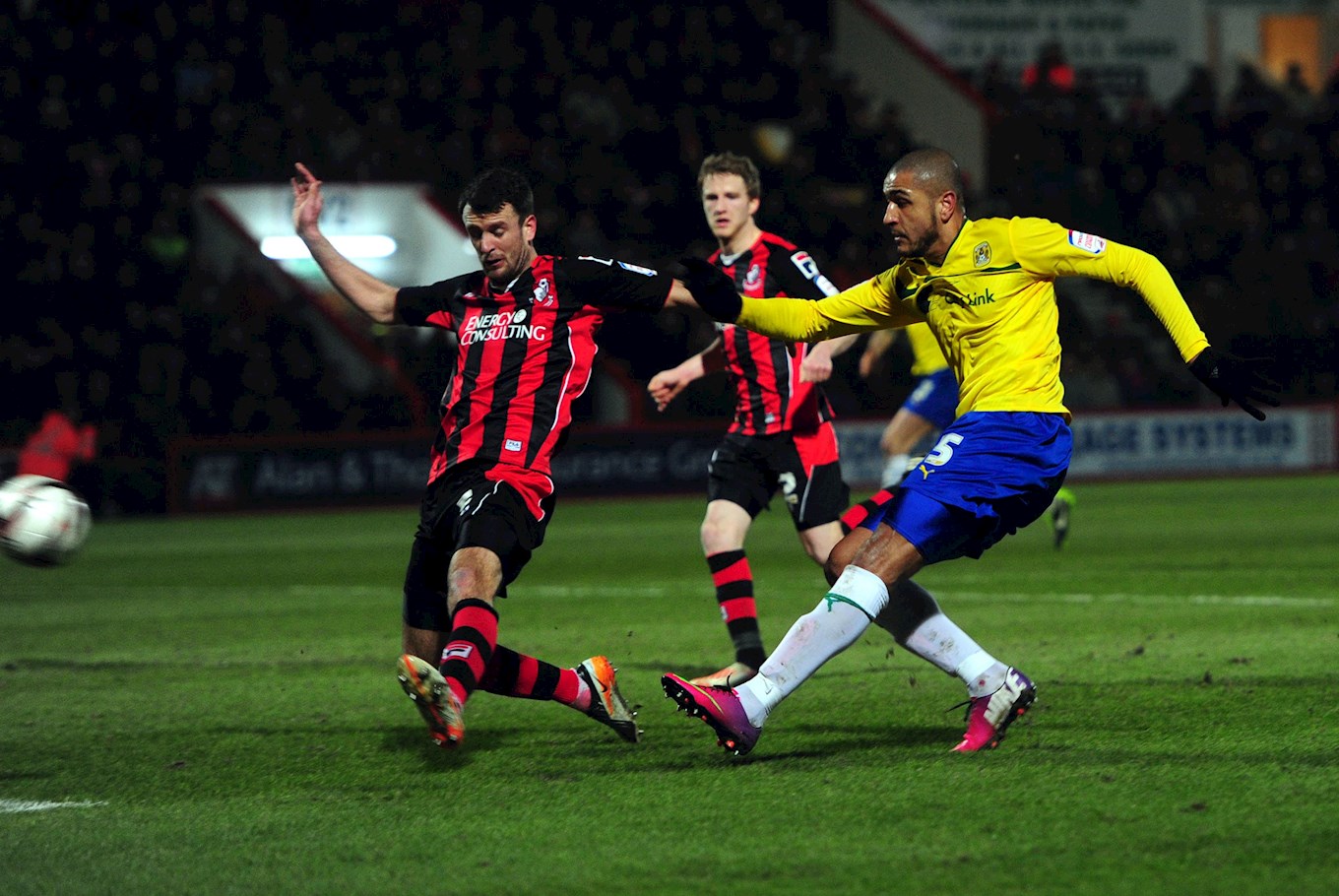 The two sides last met back in February 2013 with the Sky Blues claiming a 2-0 win in League One to continue their push for a play-off spot.

The hosts created the first clear-cut chance of the game when the ball was cut back to Matt Tubbs only for Joe Murphy to make a stunning reaction save to keep the game goalless.

Bournemouth spurned another chance minutes later when Tubbs nodded the ball down into the path of Lewis Grabban, who skied his effort well over the crossbar from close range.

Tubbs went close again on 20 minutes when he intercepted Carl Dickinson’s headed backpass but put his effort inches past the post when one-on-one with Murphy.

City created their first chance of the contest just before the half-hour mark when Franck Moussa was denied by the strong arm of Cherries stopper Shwan Jalal from 15-yards out.

The Sky Blues then took the lead in first half injury-time when Leon Clarke produced a fine finish into the top corner after holding off Steve Cook to score his 20th goal of the season.

Clarke almost doubled his tally in the second half when he brought down Carl Baker’s cross at the back post with Jalal equal to his effort.

Substitute David Bell then delivered a dangerous ball into the box that was handled by Grabban, allowing Baker to calmly secure the points from the penalty spot, finding the bottom left corner with six minutes left to play. 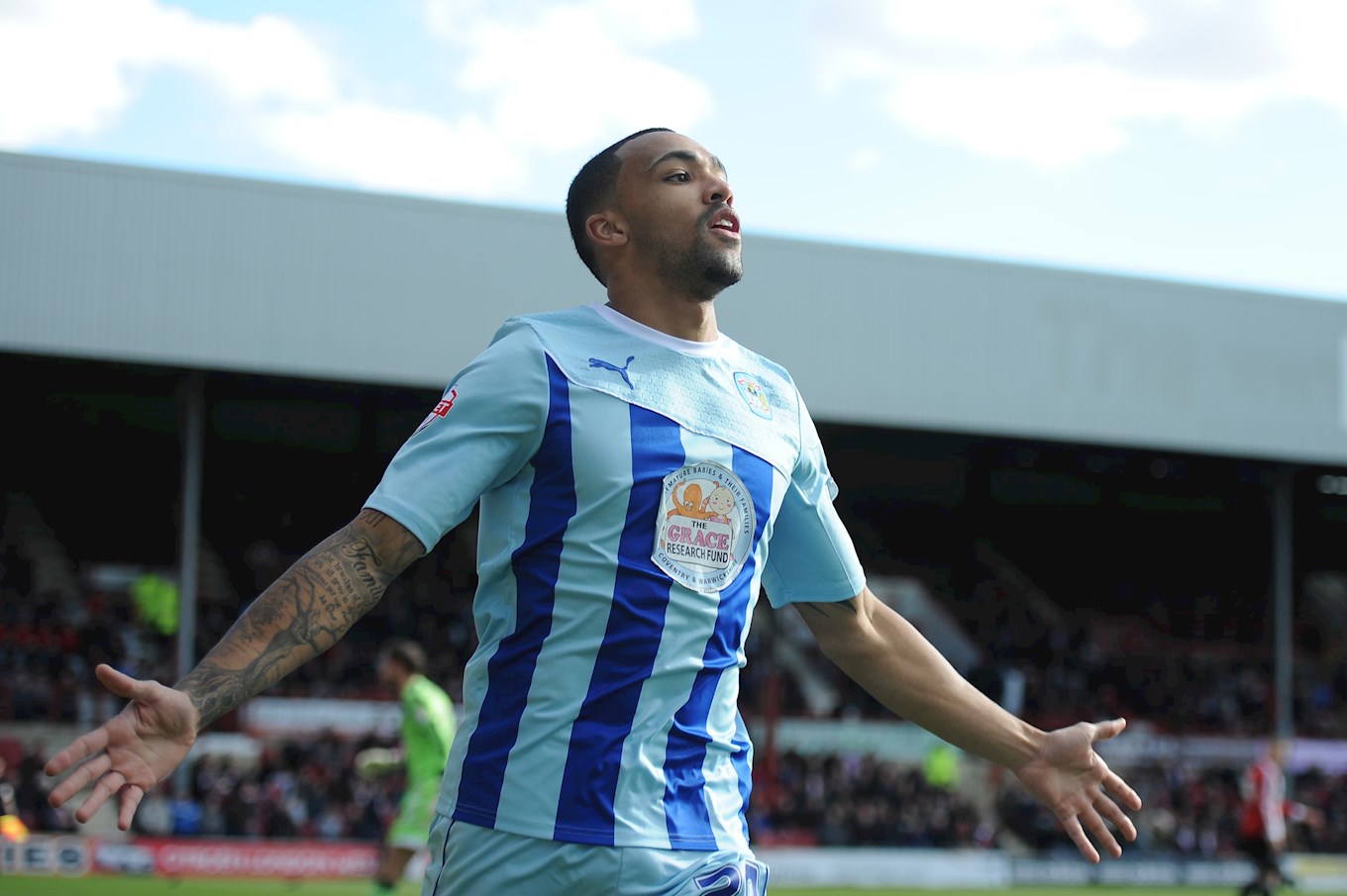 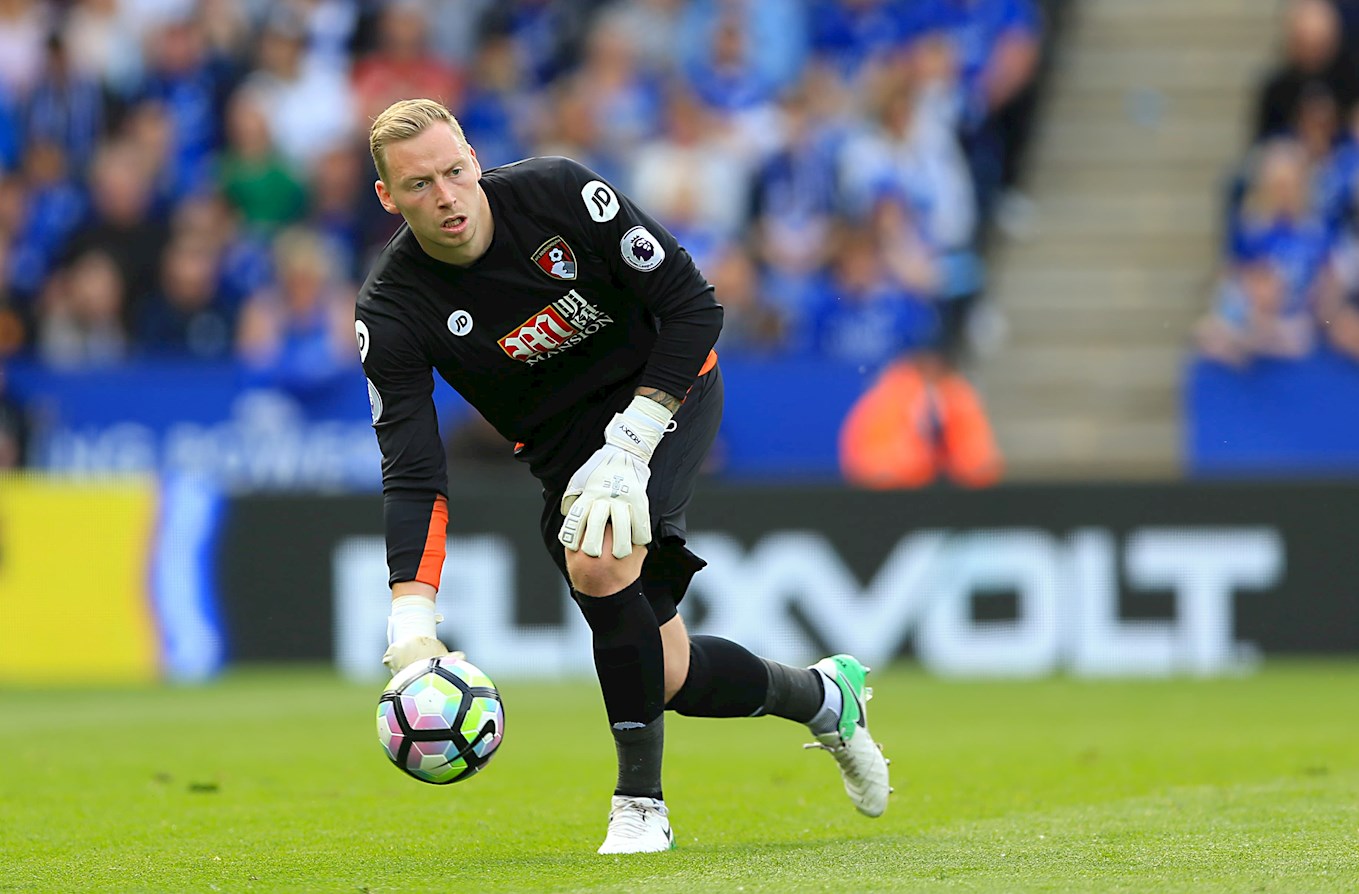 Goalkeeper Ryan Allsop spent half a season on loan with the Sky Blues as part of the deal that took Callum Wilson to the Vitality Stadium.

Allsop began his career with West Bromwich Albion, failing to make an appearance for the club, before joining Millwall in May 2011.

After failing to feature once again at his new club, Allsop signed for Icelandic side Hottur, making 10 appearances, before returning to England with League Two side Leyton Orient where he made 24 appearances.

Upon the conclusion of his short-term deal at Orient, he signed for Bournemouth in January 2013 and helped the Cherries achieve promotion to the Championship in his first season with the club.

He would play a total of 27 games for the club, including twice in the Premier League, across his four-and-a-half seasons at the Vitality Stadium and spent time on loan with the Sky Blues in 2014/15.

Allsop made 27 appearances for City, keeping nine clean sheets, before returning to his parent club in January 2015.

He also spent time on loan at Wycombe Wanderers, Portsmouth, Blackpool and Lincoln City during his time with the Cherries, winning the EFL Trophy whilst with Lincoln, before completing a permanent move to Wycombe in June 2018.

The 28-year-old is enjoying regular football with the Chairboys having made 79 appearances for the club over the last two seasons and helped Wycombe reach the Championship for the first time in their history last term, gaining promotion via the play-offs. 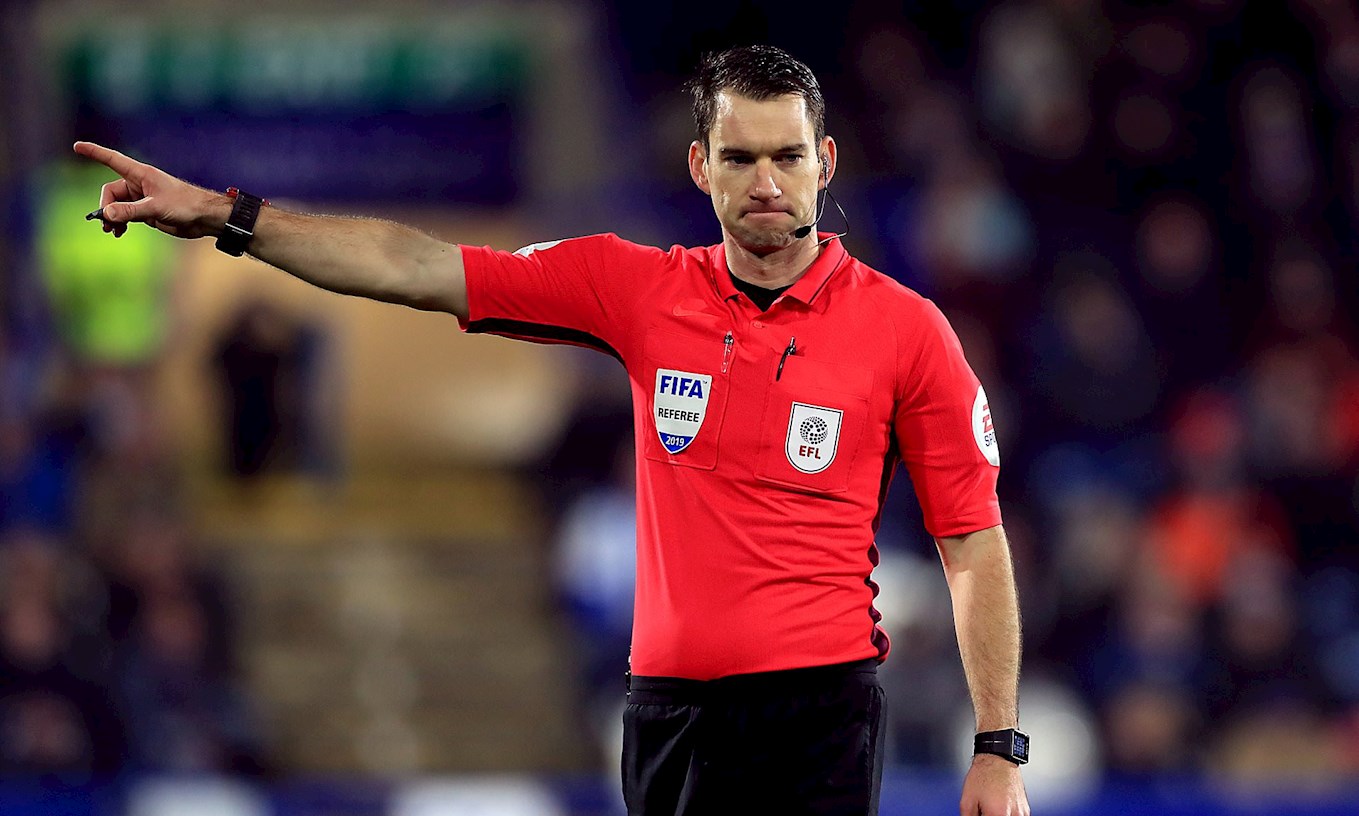 Jarred Gillett will be the man in the middle on Friday night taking charge of his fourth game of the 2020/21 season.

This will be Gillett’s first time refereeing the Sky Blues, having moved to the United Kingdom from Australia during the 2018/19 campaign.

This season, Gillett has awarded eight yellow cards in his three matches so far in the Carabao Cup and Sky Bet Championship.

He will be assisted by Philip Dermott and Paul Hodskinson with Matthew Donohue acting as fourth official.