Squad Numbers were introduced to the Premier League in 1993/94, and have been part of English football ever since. Now we look back at some of the famous and less famous players to wear (or at least be allocated) a particular Sky Blues number and how they got on – look at the number 11... 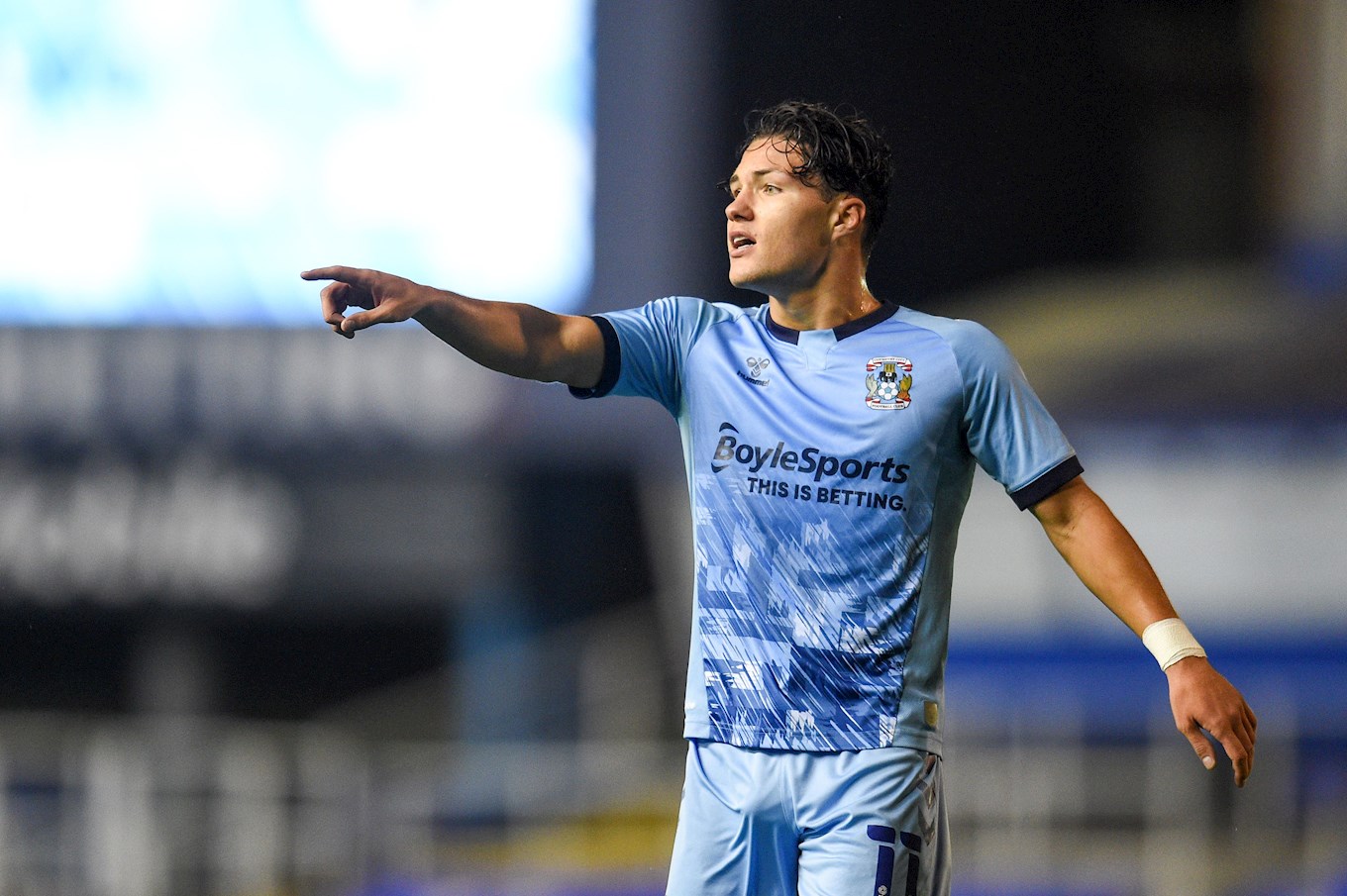 Callum O’Hare originally joined the Sky Blues on loan from Aston Villa during in the summer transfer window of 2019, before making his stay permanent, signing a three-year deal.

Upon his arrival, Cal made an immediate impact with an impressive display against Watford in the Carabao Cup, followed up by a late winner against Blackpool in a 3-2 win.

Last season the midfielder was a feature in the squad as the Sky Blues clinched the League One title and promotion back to the Championship.

This season he was handed the vacant number 11 shirt and has gone on to cement himself as a key player in Mark Robins side, starting in every match thus far and scoring his first goal against QPR.

When Jodi Jones first signed for Coventry in 2016, he was given the number 10 shirt, however he wouldn’t be sporting this number for long as he changed to number 11 the following season.

The 17/18 season started brightly for Jodi, as he scored an opening day hat-trick against Notts County, a taster of what would be to come in the opening few months.

However, his fine form and season would end abruptly after suffering an ACL injury against Stevenage that would keep him out for the rest of the season.

Unfortunately for Jodi, after returning from this setback, he suffered another ACL injury against Peterborough United in 2018, before once more returning a year later against MK Dons in the EFL Trophy.

After a positive pre-season ahead of the new 2020/21 season, the winger’s luck continued to be against him, as again he suffered an ACL tear in training before City’s first game of the season. 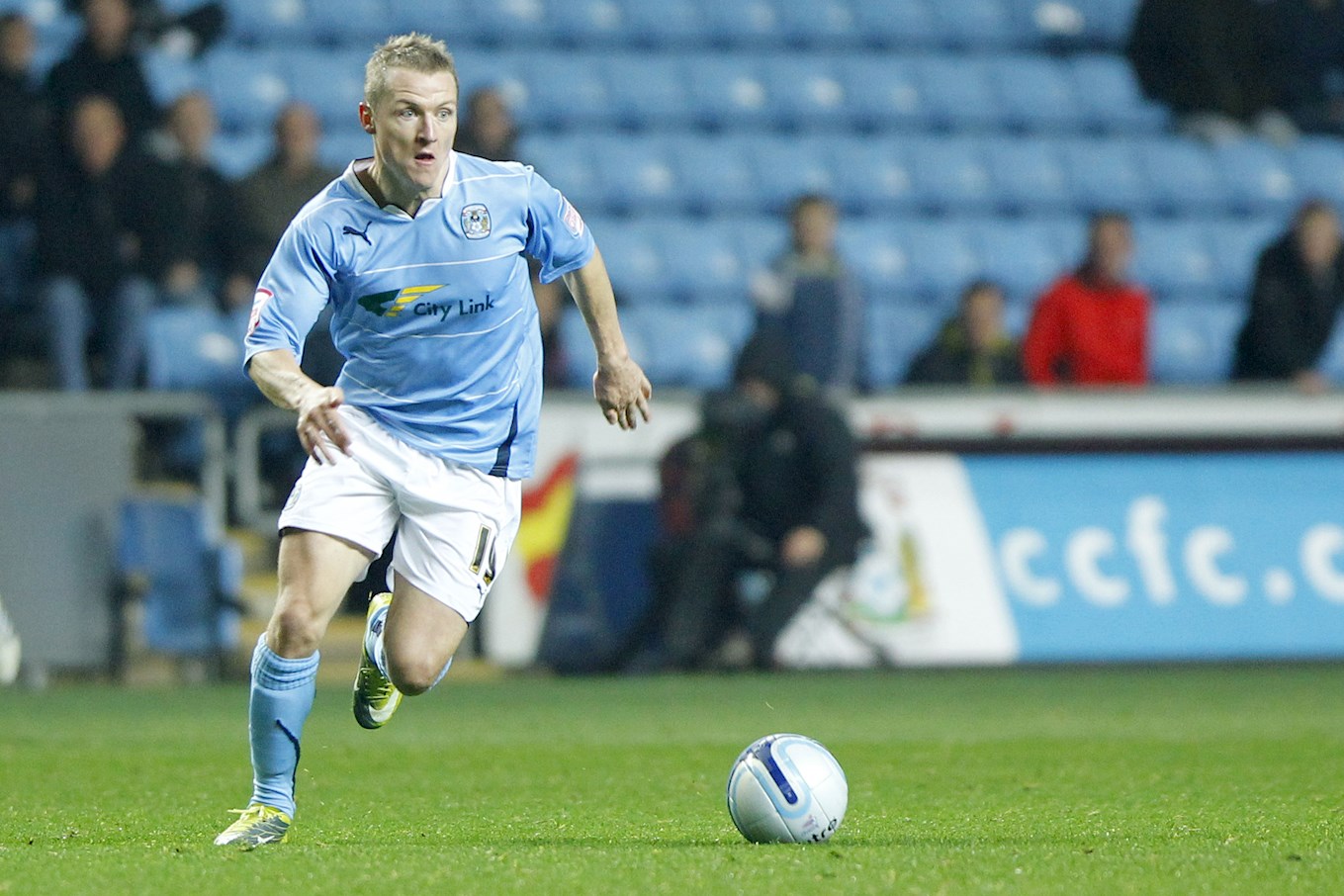 Born and raised in Coventry, Gary McSheffrey rose through the ranks with the Sky Blues, making his debut aged 16 back in 1999.

The winger broke into the first team picture on a regular basis as of the 2002/03 season, scoring eight goals in over 30 appearances for the club.

Gary made over 150 appearances in his first spell with the club, scoring over 50 goals before joining Birmingham City in 2006, where he would help fire them back into the Premier League.

Loan spells at Nottingham Forest and Leeds United followed before McSheffrey re-joined the Sky Blues in 2012, making a further 100 appearances.

After re-joining from Birmingham City, Gary would be given the number 11 shirt for the next two seasons making over 100 appearances before he left permanently for pastures new. 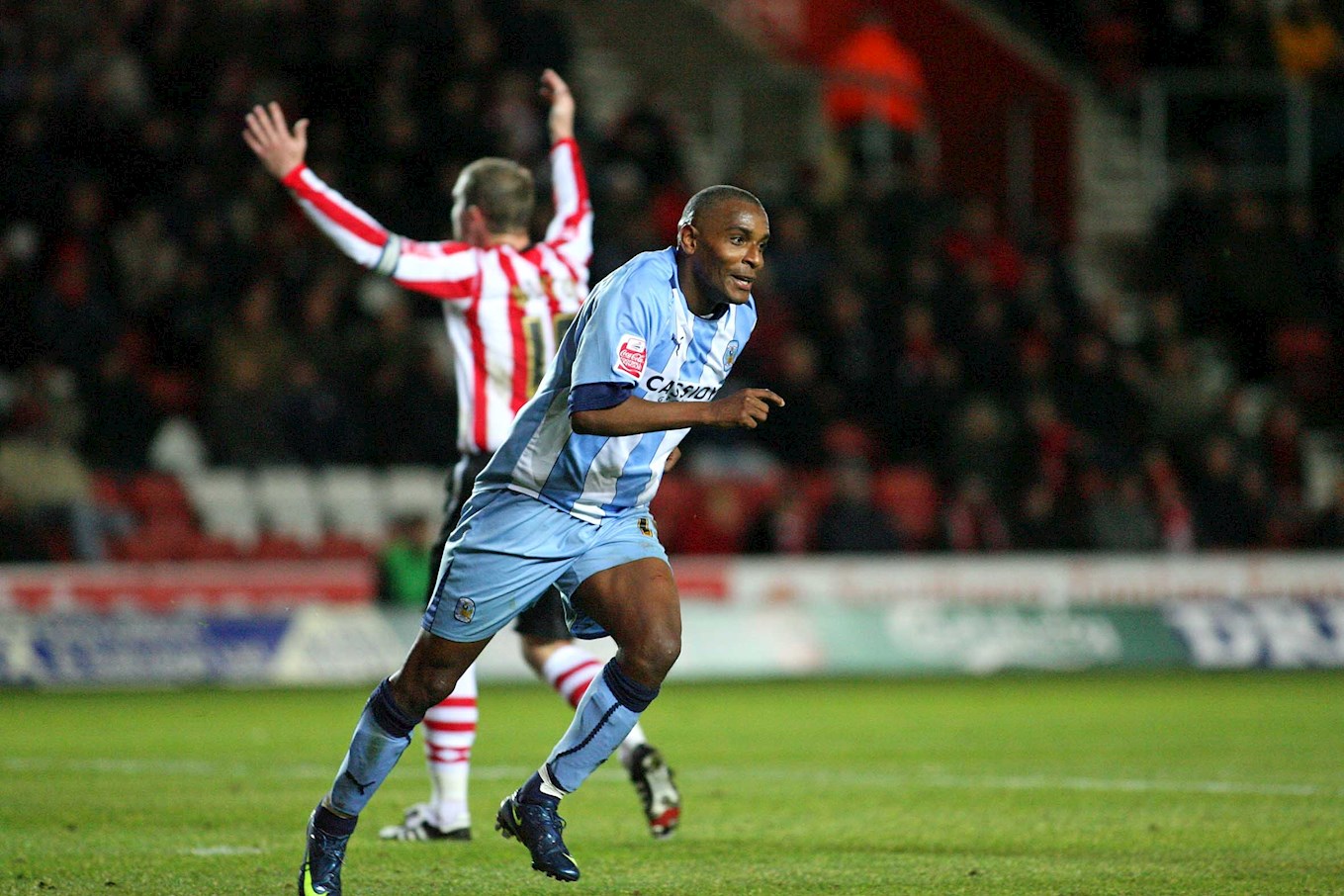 Morrison spent four years at the club playing 157 games scoring an impressive 61 goals, earning himself a move to then Premier League side Birmingham City.

After three years in the West Midlands, where he would score 14 goals in 87 games, Morrison re-joined Palace, going on to score another 41 goals for the Eagles before joining the Sky Blues in 2008 where he featured 91 times scoring 21 goals.

Morrison featured on loan for Mk Dons in 2011 where he scored 3 goals in just 6 games before joining the likes of Brentford, Colchester United and Exeter City 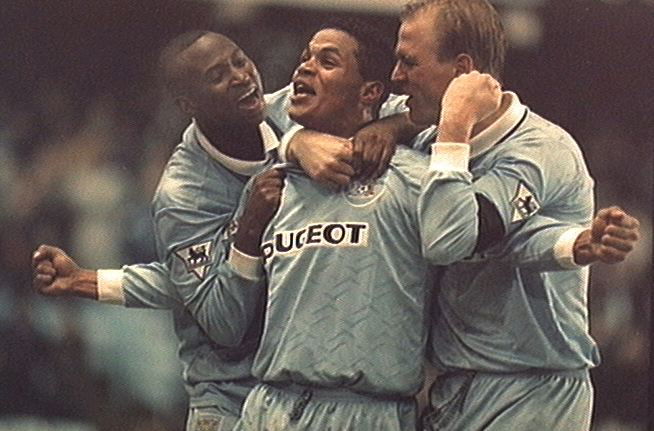 John Salako played in the number 11 across his time at Highfield Road, following his arrival from Crystal Palace for £1.5 million in 1995, where he feature for the Sky Blues 85 times scoring eight goals in that period.

After spending a brief spell on loan at Bolton, Salako went on to join Fulham in Division Two helping the club sercure the title in his first season.

The winger played over 500 games in the Football League with Crystal Palace, Swansea, Coventry, Bolton, Fulham, Charlton, and Reading before retiring at Brentford ending his 17-year playing career in 2005.

He briefly took up a coaching role with Crystal Palace’s youth teams before joining up with sky sports and their team as a match day correspondent.