Despite the game being behind-closed-doors, PUSB is still back and available for £3 - to order your copy and get it delivered to your door, click here!

Liam Kelly is our main player feature and cover star, as we sit down for an in-depth interview with the Sky Blues captain as he reflects on his journey so far with City from League Two to the Championship.

We take an extensive look at our opponents Swansea and bring you columns from Manager Mark Robins and Chief Executive Dave Boddy too.

We also speak to former Sky Blues and Swansea star Peter Bodak about his career, while we also look at the first Coventry City testimonial.

There's also lots of other features too - including Jim Brown's Sky Blue Story moving into the 1970-71 campaign as City look to Europe!

There's also the latest from Sky Blues in the Community, the Under 18s and 23s, and an interview with new signing Aidan Finnegan - plus much more! 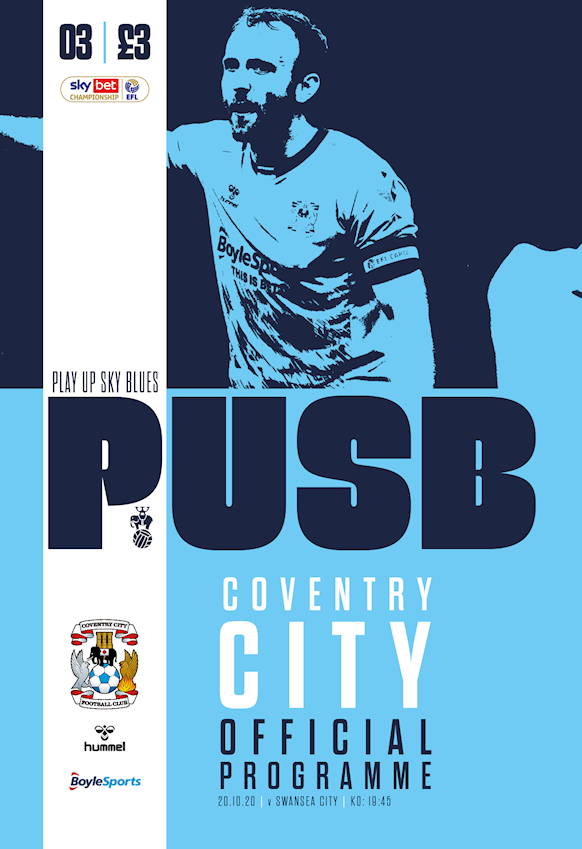