Steve Mokone, nicknamed ‘Kalamazoo’, made his City bow back in 1956 – as well as his Coventry City record, not only was he the first black South African to play first-class football in England but also the first to play outside his native country.

Mokone was born in Doornfontein and played for Durban Bush Bucks FC, as well as appearing for representative sides of the Natal Province XI and the South African Bantu XI.

He apparently wrote to Coventry City looking for a trial after seeing the Club’s name in his local newspaper and Charles Buchan, the legendary Sunderland, Arsenal and England player, (below) put up £100 for his fare over to England. 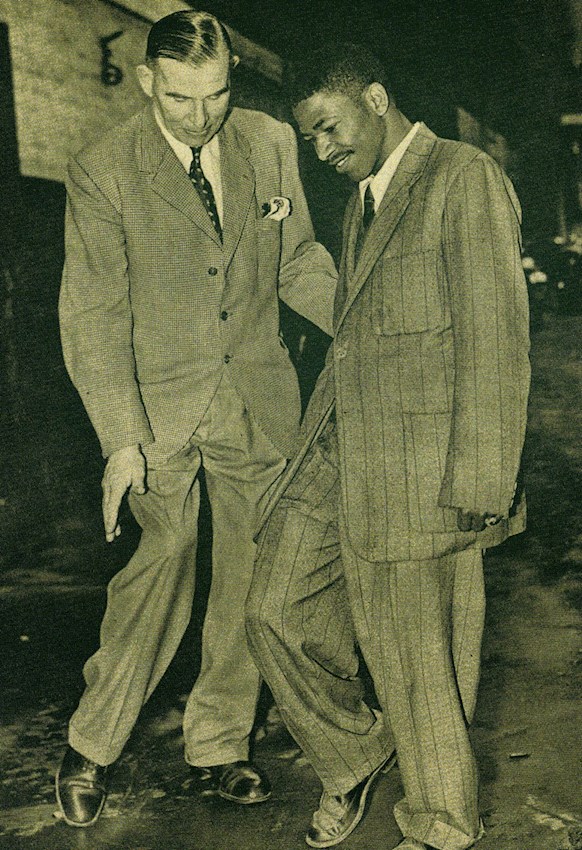 However it took the South African authorities almost a year to issue Steve with his passport - at the time South Africa were under an apartheid regime and any black person wanting to travel overseas was considered a threat to them. After nearly 12 months of waiting, the passport was finally issued but Steve was warned, “Stay out of politics, or else.”

While Mokone was not overtly political, he did know some senior ANC figures, including Dr William Nkomo, who was a close associate of Nelson Mandela. Steve gave up his job as a clerk in a Pretoria Government office & left his wife and six month old son to come to Coventry for an extended trial in August 1956.

Though it was Mokone’s first time playing on a grass pitch and it took time for him to adjust, he was still able to exhibit his wonderful dribbling skills and devastating pace, plus a touch and trickery rarely seen in Division Three.

He scored in a practice match at Highfield Road the day after arriving at City & two weeks later he scored the winning goal on his Reserve team debut at St Andrews against Birmingham City. Meanwhile he was given part-time work in the offices of the City director Phil Mead & accommodation with two other City players, Roy Proverbs & Alf Bentley.

Former City player Lol Harvey, who passed away earlier this year, recalled to Club Historian Jim Brown in 2015: 'We called him Kal & he was a lovely man, always happy with a big smile & everybody who met him liked him. I played in his debut in the reserves at St Andrews & he didn't have any shin pads. We told him he was mad playing without them but he insisted they would hamper his style & wanted to play with his socks rolled down'.

His first-team debut and step into the history books came at Highfield Road against Millwall. Playing at outside left position, Mokone was in sublime form & Nemo wrote in the Coventry Telegraph: 'Mokone's form was a revelation.... he created opening after opening only for his colleagues to fritter them away. He showed excellent ball control and positional sense, and was always ready to shoot first time.' The match report said that Mokone's selection had added 5,000 to the gate & he set up City's only goal in a 1-2 defeat. 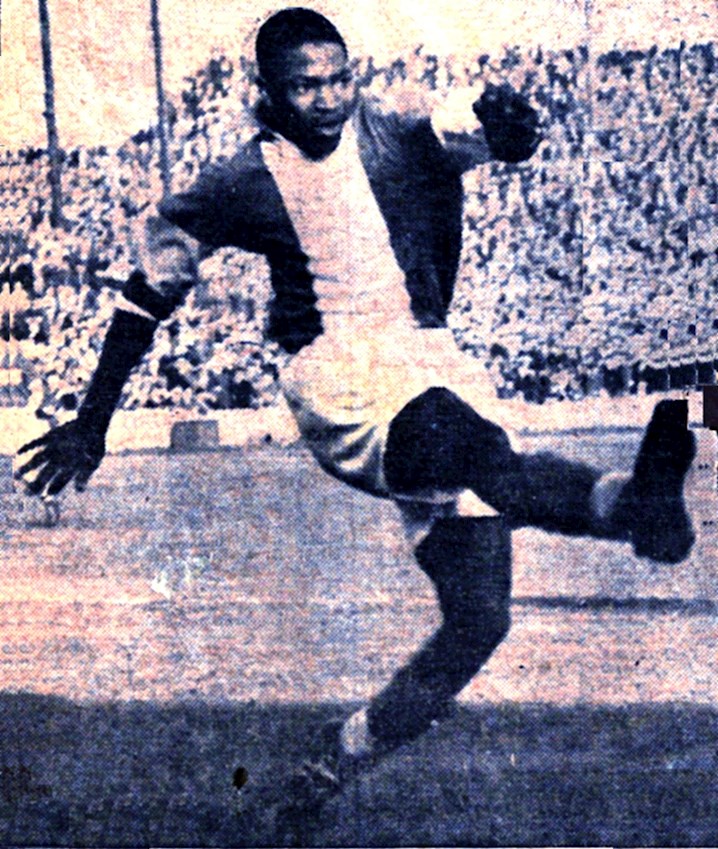 Two days later he set up two goals in a 3-2 Floodlit friendly victory over Nottingham Forest and the following morning his form was rewarded when he signed a professional contract with Coventry City.

Against Brighton a week later he came up against Jim Langley, the best left-back in the division who would play for England within eighteen months, and Mokone struggled. His first goal came in a 4-1 home win over Gillingham a week later, however Nemo's report was not as flattering and possibly indicative of the approach to the game at the time: 'foot-fluttering over the ball may look very good to the spectators, but not always to his colleagues who have run into position for a quick pass or centre'. With friendly fixtures almost every week too, Mokone struggled to keep up his form & he was disappointing in a defeat at Swindon. After four league games & three friendlies he was rested.

In November 1956, coach Raynor, the man who influential in Mokone making his debut just a month earlier, was out of the Highfield Road door by ‘mutual consent’ as manager Harry Warren brought in former England & Arsenal hard-man Wilf Copping – who came with a reputation of training ground hard task master.

Still a popular figure around training and in the squad, Mokone was back in the reserves, scoring goals & doubling attendances for reserve games - but he was unhappy. In early January 1957, the Coventry Telegraph reported that he had asked for a transfer saying that 'he had not been given the chances for the training he expected' and that 'the club does not seem to be interested in developing me'. 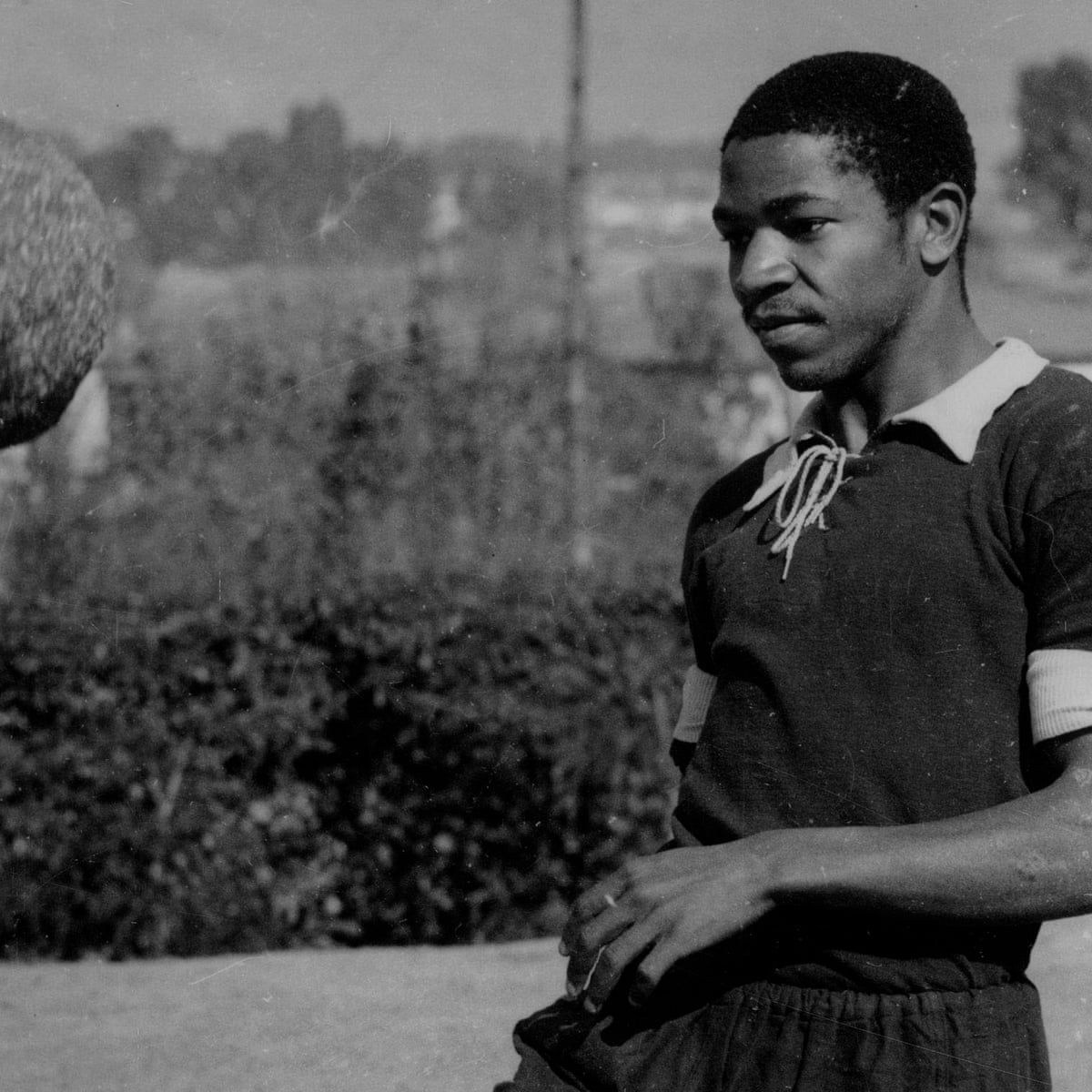 The club refuted those claims but agreed to waive his contract & gave him a 'free' transfer. He continued to play for the club's reserves and A team, and in February scored four goals in three reserve games prompting a call-up for the first-team's floodlit friendly with Akademisk Boldklub of Copenhagen.

He scored the only goal against the Danish side and according to Nemo: 'it was his colourful dashes down the wing which drew most of the applause'. Later that month, he played in a benefit match against an All-Star Managers XI. Sadly that would be his last first-team game and at the end of the season he left Coventry City, but not before a gracious farewell message for the fans who he had impressed during his time, saying: 'I am deeply grateful to them for all their support & encouragement, which has meant so much to me. I shall take with me many happy memories of the Coventry people.'

Steve joined Dutch club Heracles of Almelo. In the 1957-58 season, he helped them win the championship of Division 3 B and was voted player of the season by the fans. He played for Heracles for two seasons and became a hugely popular figure. His time at Almelo was recounted in detail in De Zwarte Meteoor (The Black Meteor) written by Dutch football journalist Tom Egbers in the late 1990s and the book was later made into a film. There is a street named after Mokone in Almelo and one of the stands in Heracles’s Polman Stadion is dedicated to him.

In 1959, he moved back to the Football League again with Second Division Cardiff City. He played only two games however, but did net the opening goal in a 3-2 win over Liverpool. The Bluebirds tried to force him to play through an ankle injury and Mokone refused; he was not selected for the first team again. 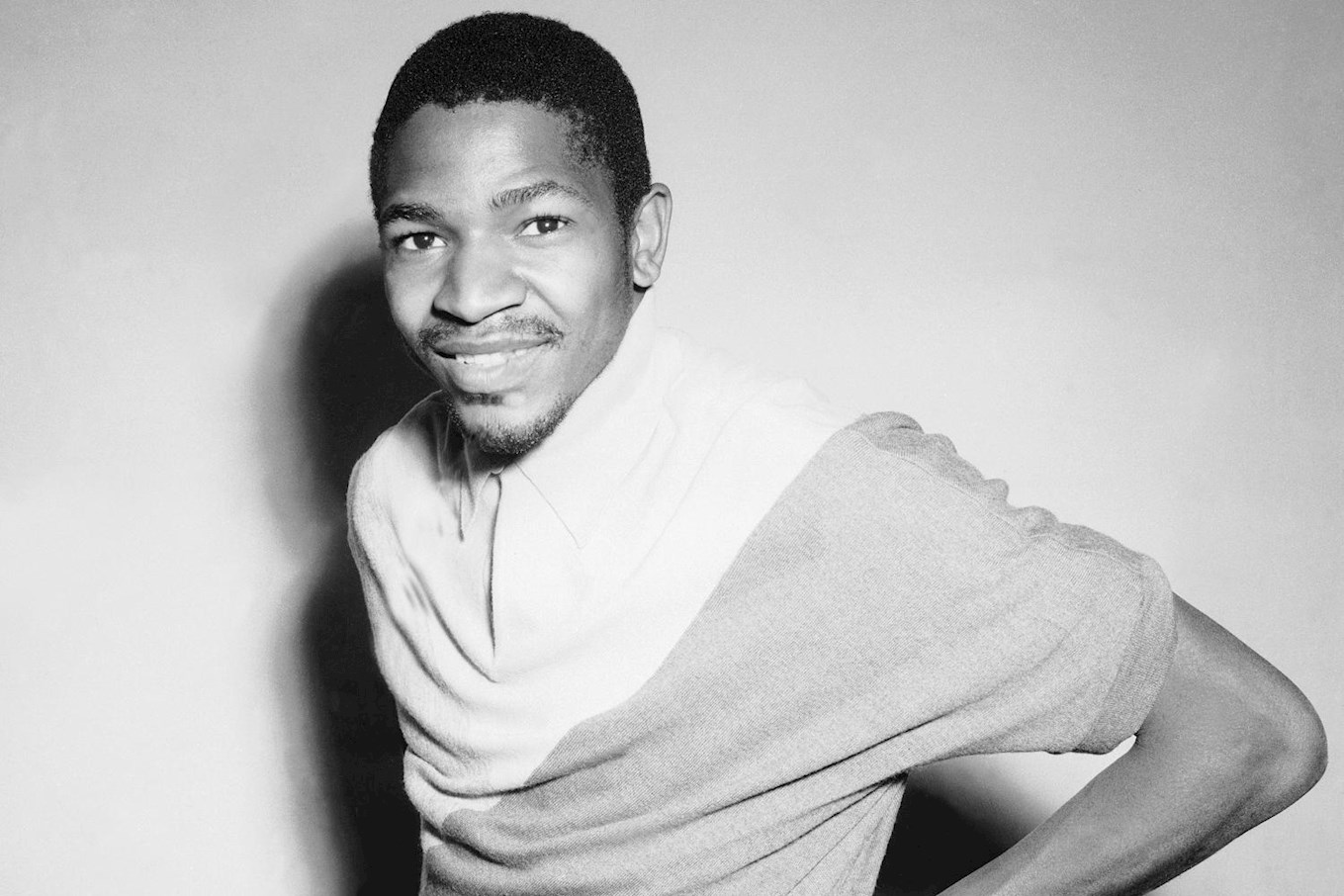 He then joined Spanish giants Barcelona, who loaned him out to French side Marseille. He never appeared for either club but in the south of France he ran a small factory manufacturing ‘Mokone’ football boots. In 1961 he was back in England, playing one game for Barnsley.

He married South African Joyce Maaga in 1961 and after a year in Rhodesia, they moved to Italy where he had a brief period with Torino. In one match, he scored four goals against Verona!

Short periods in Canada and Spain followed, and then after a brief spell in 1964 playing for Sunshine George Cross in Melbourne, Australia, he moved to the USA and became a mature student in Washington, gaining three degrees and qualifying as a Doctor of Psychology.

His marriage was in trouble however and there was a custody battle over his and Joyce’s daughter, Thandi.

Three violent assaults took place. First, Steve was attacked by three unknown assailants. Next, his wife’s lawyer was attacked with acid. Then Joyce herself was similarly attacked. Mokone was arrested and, despite maintaining his innocence, was jailed for 12 years. Later Tom Egbers would discover evidence that made the verdicts questionable and found that South African authorities had asked the American CIA to bring Mokone, who had been increasingly political with the anti-apartheid movement in the US, to heel. Egbers would later write a second book, Twaalf Gestolen Jaren (Twelve Stolen Years), which, like the first book, was only released in Dutch.

After leaving prison in 1990 – where he ran the library and the football team – he took up his psychology again before retiring some years later with heart trouble. In 2003 he became the second South African sportsman to be recognised as a member of the Order of Ikhamanga, for exceptional achievement in the field of soccer and an outstanding contribution to the development of non-racial sport. He joined the Coventry City Former Players Association & enjoyed hearing news of his former colleagues, especially Lol Harvey, George Curtis & Roy Proverbs.

Mokone was a trailblazer who had a brief but memorable time at Highfield Road, and has an important place in the history books of Coventry City. 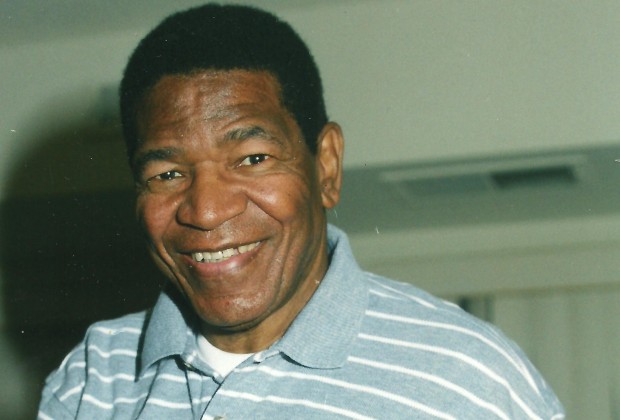 With thanks to Club Historian Jim Brown.