Ahead of our first midweek league game tonight we take a look back at some of those to have represented both the Sky Blues and our opponents Swansea City. 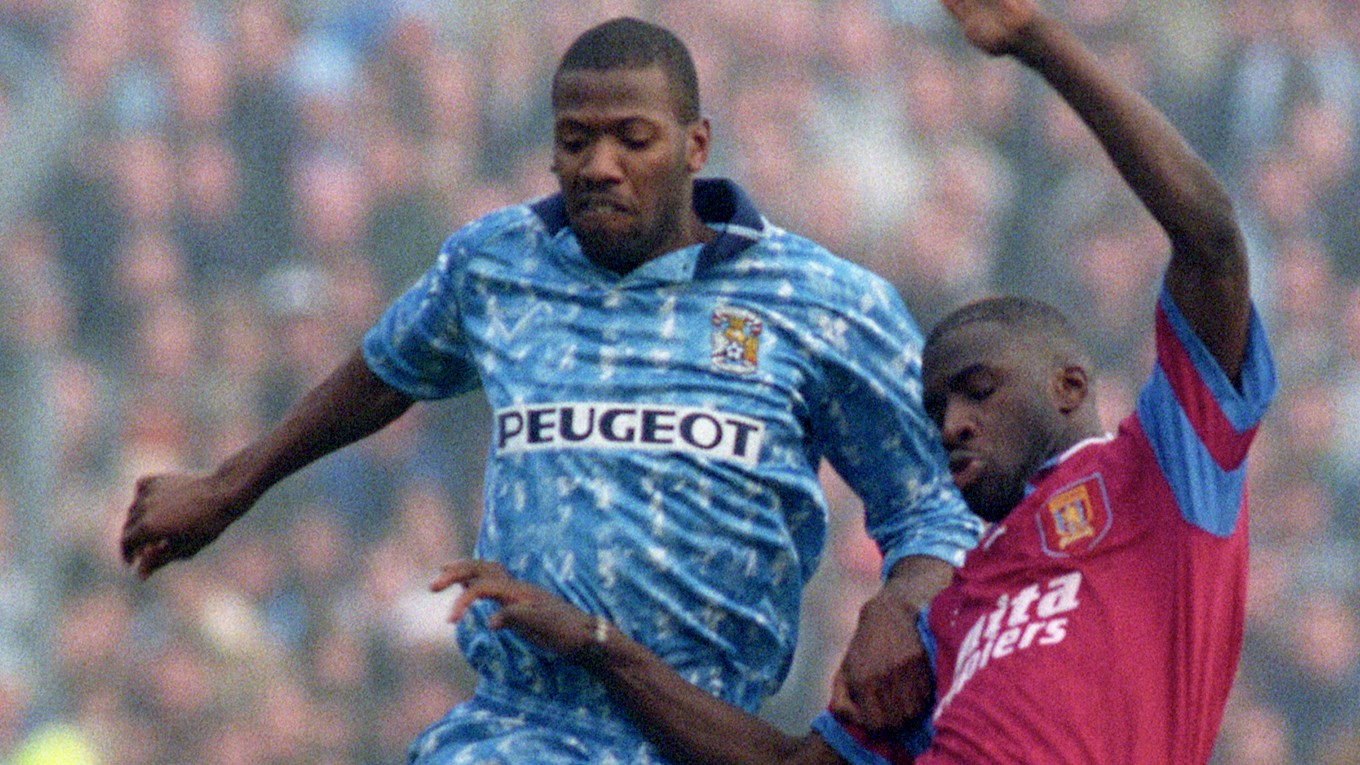 John Williams had three spells with Swansea, the first a one-year spell where he was the Swans’ leading marksman in the Third Division with 11 goals in 39 appearances. His performances caught the attention of the Sky Blues who he joined in the inaugural Premier League campaign.

Williams' early goal against Middlesbrough on 15th August 1992 was only the second goal ever scored in the newly formed FA Premiership  - the goal came in the ninth minute of the game which was approximately four minutes after Brian Deane's goal for Sheffield United on the opening day of the new season.

At the 1992 Football League Cup Final at Wembley Stadium he claimed the £10,000 first prize when he won the Rumbelows Sprint Contest in a time of 11.49 seconds.

Williams made 87 appearances for the Sky Blues in all competitions, scoring 11 times, before being sent on loan to Notts County, Stoke City and back to Swansea City.

After spells with numerous clubs Williams rejoined the Swans for a third time in 2001 playing 74 times this spell. He totaled 113 appearances, netting 18 times across the three spells before leaving and joining Kidderminster.

The Former Welsh international graduated from the Sky Blues youth team and was handed his first team debut by Jimmy Hill back in 1962.

In his 6 years with City he became an influential figure as the Sky Blues won the Third Division Title in 1963-64 and then the Second Division title in 1966-67 as Coventry made their way back to the First Division.

From his debut to when he left the club, Rees played 230 times netting 42 goals in what was a successful spell with the Sky Blues.

He played for West Brom and Nottingham Forest before signing for Swansea City - becoming at the time their most expensive signing - in 1972. He appeared 89 times for the Swans scoring 5 times prior to joining Haverfordwest where he would retire.

During his playing career the Welshman represented his country 39 times and scored 3 goals. 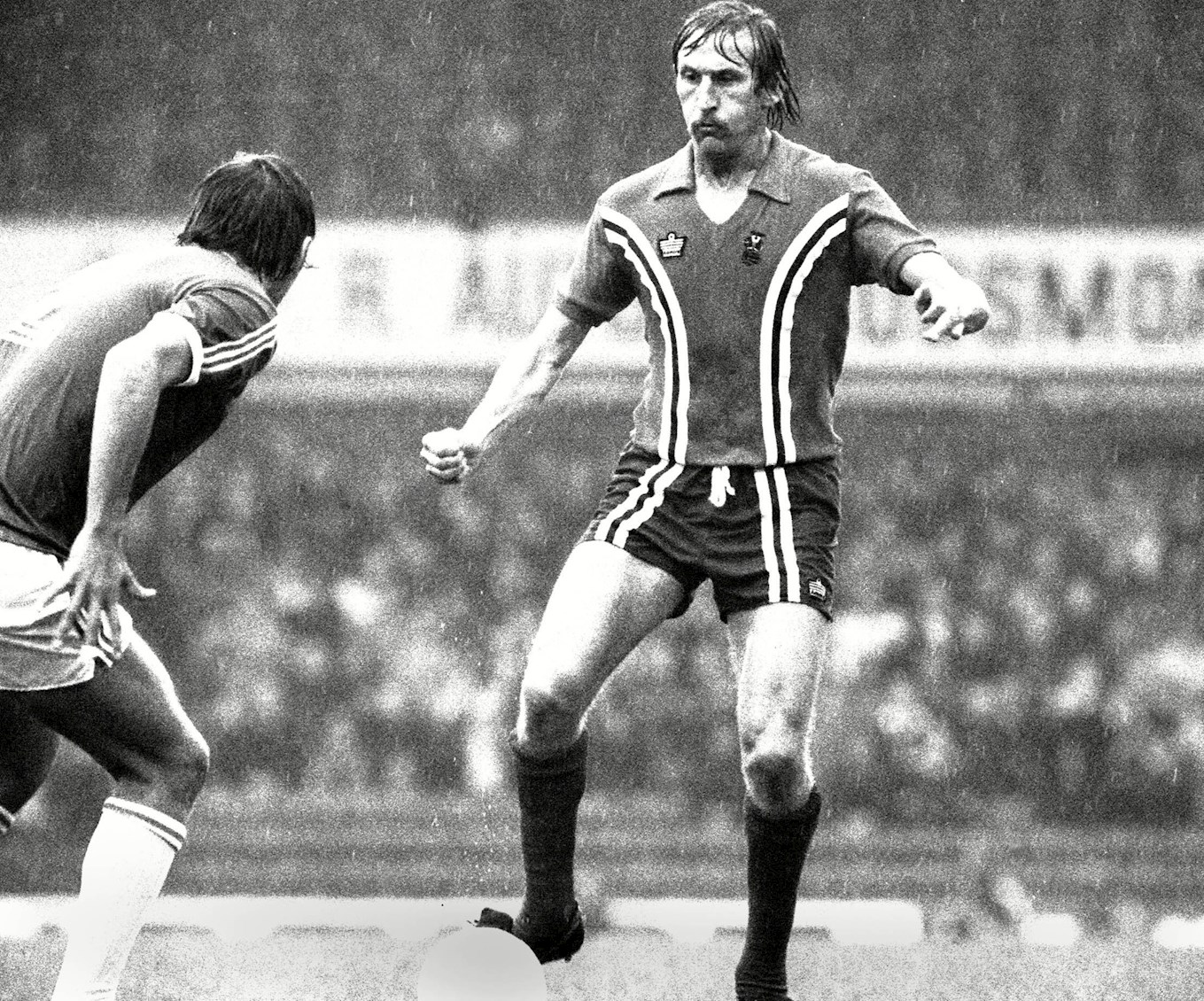 Scotland international Tommy Hutchison made over 300 appearances for the Sky Blues before going on to play in just shy of 200 games for Swansea and later managing the Welsh side.

Hutchison began his career with local side Dundonald Bluebell before signing professional terms with Scottish Second Division side Alloa Athletic.

After three seasons with the Wasps, he moved across the border to Blackpool, joining Stan Mortensen’s side in February 1968.

Hutchison would go on to become a Blackpool legend, making 165 appearances and scoring 10 goals across four seasons with the Seasiders which included promotion to the First Division in 1970.

The midfielder moved to the Sky Blues in 1972 and is inducted into the club’s Hall of Fame as one of City’s all-time great players.

He arguably played the best football of his career in a City shirt, winning all 17 of his Scotland caps during his time with the club, appearing at the 1974 FIFA World Cup in West Germany, but was surprisingly left out of the squad four years later.

He had a loan spell with American side Seattle Sounders in 1980, before joining Manchester City in October that same year, helping them reach the 1981 FA Cup final, and scored at both ends in a 1-1 draw at Wembley, before losing 3-2 in the replay to Tottenham Hotspur.

After his spell with the Citizens he played for Hong Kong side Bulova before spending two years with Burnley and joining Swansea in 1985, linking up with manager John Bond for the third time in his career.

‘Hutch’ would spend six seasons with the Welsh side, making 178 appearances, scoring nine goals, and even spent six months as manager in 1985/86 when the club went into liquidation.

Hutchison finished his career with non-league side Merthyr Tydfil spending three seasons with the club, before retiring at the age of 46-years-old having played in over 1,000 first team matches in his career.