In a feature first published in Matchday Programme PUSB, writer Rob Mason looks back on Coventry City Testimonials of the past - starting with defender Brian 'Harry' Roberts...

Being known to one and all by a name that is not yours has been the case for several exceptionally popular footballers. Former England international ‘Tim’ Coleman was not really Tim at all, but John. He was one of the game’s biggest characters before World War One. Similarly ‘Ivor’ Broadis; until his death last year England’s oldest living international, was not called Ivor but Ivan. They were both great characters. Broadis was the player / manager who transferred himself while Coleman was a leading light amongst the rebel players who formed a union in defiance of FA Rules. During World War One he was incorrectly reported as having been killed in action but in fact died during World War Two when he fell off a roof in London.

In the case of ‘Harry’ Roberts he has four names but none of them are Harry.  Brian Leslie Ford Roberts was only 11 when the infamous criminal Harry Roberts committed the most notorious crimes of a wayward lifetime that only saw him finally released from prison six years ago.  Inevitably, if unfortunately, as Brian began to make his way in the game with the surname Roberts it was his destiny to acquire the nick-name ‘Harry’. There is an irony there because while the real Harry Roberts came from the shadier side of life, the man who became a footballing hero has always been blessed with a light-hearted approach  - except when on the pitch as a tenacious full-back who – regardless of his ‘name-sake’ – would take no prisoners. 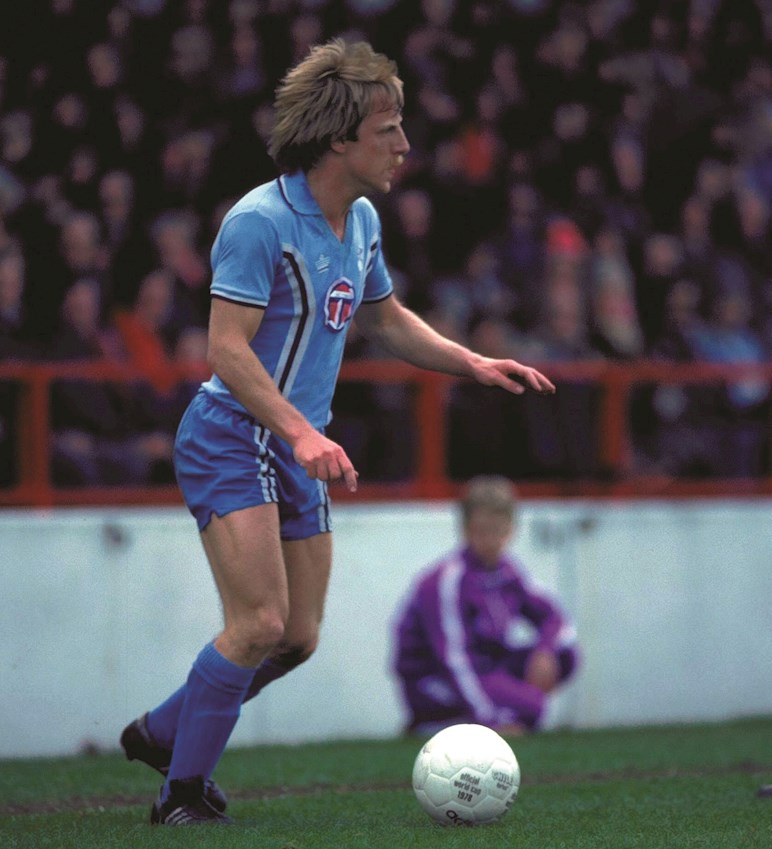 Manchester born, Brian / ‘Harry’ began his career at Coventry, becoming a professional in May 1974. As a young player looking for a break-through he had the ideal tutor in Sky Blues stalwart John Sillett. He was managing Hereford United at the time and took young Roberts on loan from top-flight City, giving him a debut in a 3-2 home win over Grimsby in February 1975. Lower-league goal machine Dixie McNeil scored twice that day as Roberts started with a 3-2 win. It would be one of five third tier games ‘Harry’ would get under his belt before his Coventry debut.

That arrived in April 1976 at Spurs. Around this time Highfield Road regulars heard about this young lad ‘Harry’ Roberts but were kept wondering about him as he had made ten first team appearances for Coventry before finally getting a home debut 12 months after his first team bow, oddly also against Tottenham. 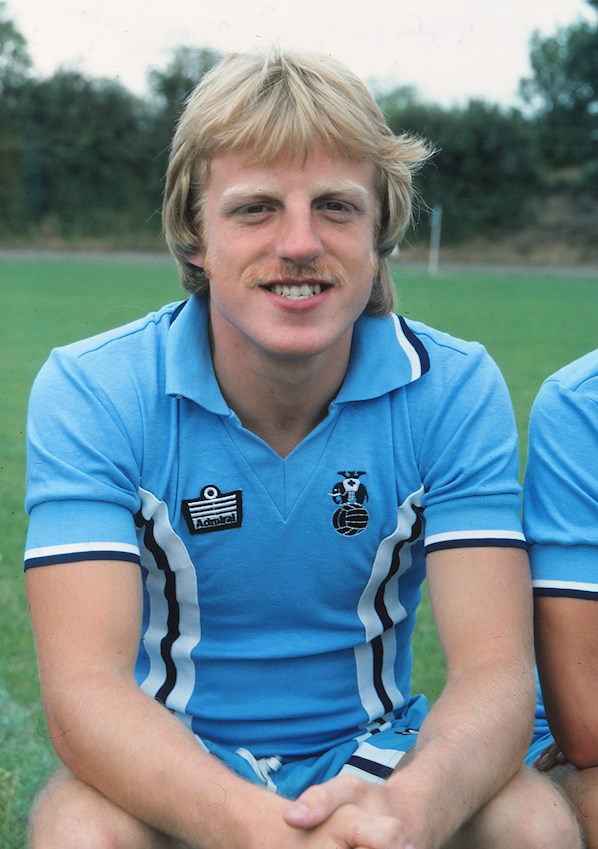 Once they saw him though it didn’t take long for ‘Harry’ to endear himself to the home crowd. He played as he talks now as Coventry’s long-serving, inimitable match-day host in the corporate lounges: with gusto! Never shy in the tackle, ‘Harry’s determination and refusal to accept defeat without giving every game all he had to give contributed to what became cult-hero status.

Having played the final two games of 1975-76, ‘Harry’ managed 13 in his second term and 29 the year after. His best seasons would come in the early eighties, especially in 1980-81. In that season he came off the bench on the opening day of the term and proceeded to make the left-back slot his own, starting all the remaining 41 top-flight fixtures as well as helping the Sky Blues to the semi-final of the League Cup and fifth round of the FA Cup.

Always willing to be utilised in positions other than full-back if required, Roberts didn’t get on the score-sheet until December 1982 in a 3-0 win at West Ham. Apparently having got a taste for seeing his name in the paper as a goal-scorer ‘Harry’ did it again the following month in an FA Cup tie with Norwich at Highfield Road. They would be the only two goals ‘Harry’ would score in a career totalling almost 500 games, “I didn't like all that snogging lark when you scored, to be honest,” he said by way of explaining how his goal-scoring ended as suddenly as it started. 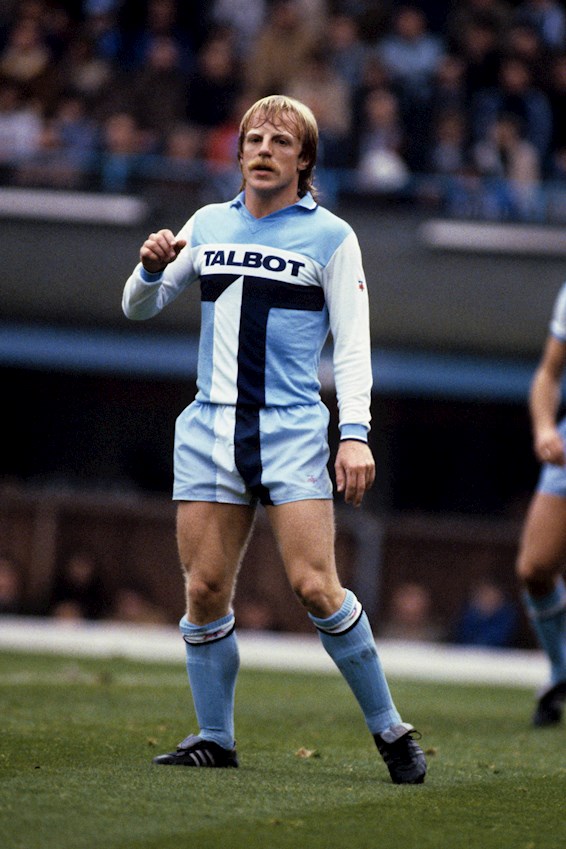 As most Coventry fans are well aware, ‘Harry’ is never short of a quip. He brings a touch of humour to match days behind the scenes, just as he used to be the sort of bouncy character every dressing room needs. Behind the jocular exterior though there lurks a man who knows the game inside out, someone who has seen the sport from so many angles and someone who whenever he played was entirely reliable.

Working as Sky Blues match day host now at St Andrew’s brings Roberts to familiar surroundings.  He spent eight years as a Blues player after 13 years at Coventry, starting with his time as an apprentice. A great servant of Birmingham too he went on to end his playing days with a spell at Wolves, his final league appearance coming at Blackburn in May 1991. 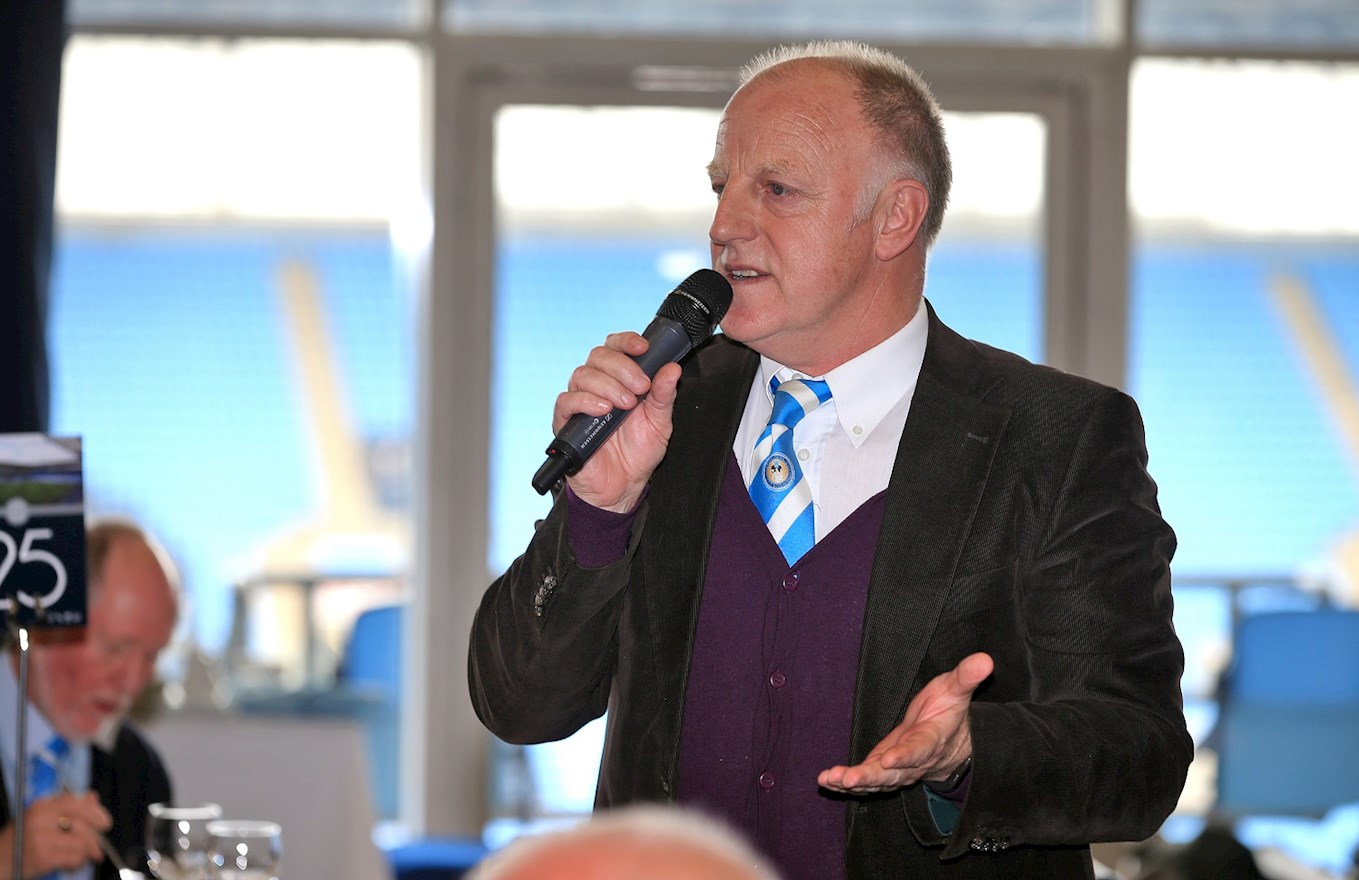 By this point ‘Harry’ seemed to be almost as well known for his newspaper column in the Sports Argus as his football! Later while coaching at Coventry he went from key-man to keyboard as he also penned a column for the programme and in 1991 produced a collection of anecdotes called ‘Harry’s Game’ that deserves to be part of any Sky Blues, Blues or Wolves fan’s library. In trademark fashion ‘Harry’ thought up something different for his book launch – he tied a copy to a Guy Fawkes night rocket and fired it next to Molineux!

For all his popularity with Wolves and Birmingham, it is the Sky Blues with which ‘Harry’ is intrinsically linked. Being awarded a testimonial by the club indicated his length of service and the esteem in which he was – and indeed still is – held.

Roberts had moved to Birmingham City by this point, but returned to Highfield Road for his big night. Future Spurs and Fulham manager Martin Jol got on the score-sheet for the City ‘Present’ team along with Martin Singleton and teenager Andy Spring who got a couple.

In a Coventry ‘Past’ side that included Mick Coop, Jim Holton, and Tommy Hutchison it was Ernie Hunt who excelled. He scored, as did Gary Gillespie and Willie Carr. There was one more goal to delight the crowd of 3,000, an almost obligatory penalty netted by ‘Harry’ himself. 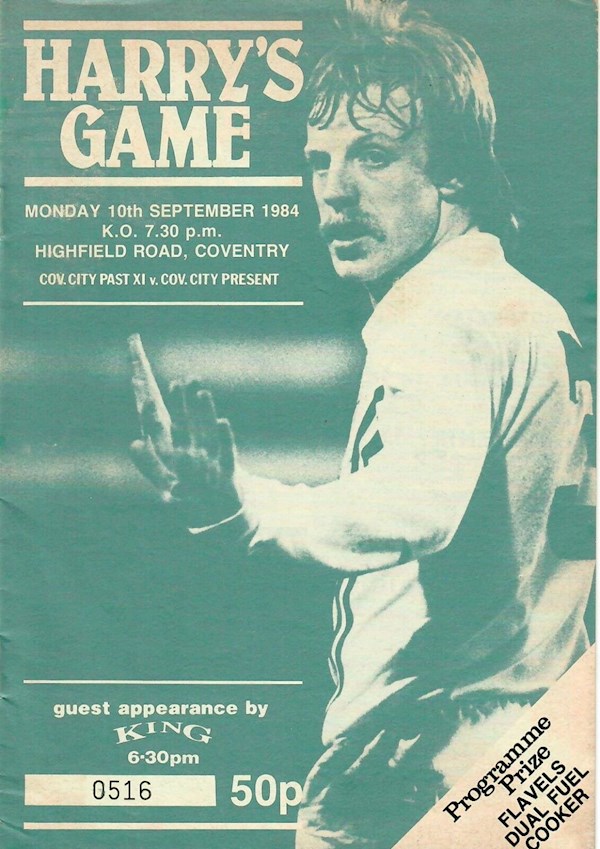