Mark Robins is the latest in a long line of Supremos, the men who have tried to bring success to City. In this series first published in matchday programme PUSB, writer Rob Mason reflects on the highs and lows on those who have occupied the hot-seat.

Albert Evans managed Coventry City from June 1920 until November 1924. He wasn’t dealt a good hand but kept his cards close to his chest and the club’s head above water.

Evans was one of the fascinating characters to have managed City in the distant past. His contribution may have come close to a century ago but for all football changes so it stays the same. Evans took over a club in debt and in turmoil as he became Coventry’s third manager. Although it was Evans’ first managerial appointment he was nonetheless the first big-name to manage the club.

As a player he had won three league championships with Aston Villa. A member of the only team to do the ‘double’ between Preston in the first ever year of the league in 1888-89 and Spurs in 1960-61, Albert was the last person to be able to say he’d been part of Villa’s 1897 heroes, Evans not passing away until five years after Tottenham emulated the feat he had been part of.

Success for Albert at Coventry was keeping the club afloat after which he gave up football to travel, working across North America as a sheep farmer at one-point prospecting for gold in the Yukon.

There hadn’t been much gold in the Coventry set-up Evans inherited. The Bantams had finished third from bottom of the two division Football League in the first season after the Great War, a season in which City only scored four times in the first 19 games, though a late rally had saved them.

Evans at least brought some luck. In his first season his side finished a place lower than the year before, escaping relegation to the newly formed regional division three by virtue of only back-markers Stockport being demoted. His first game in charge had gone well, a 3-2 away win at Rotherham before Coventry copied their early season goal drought of the 1919-20 campaign by failing to find the net for the next six matches. Thankfully Albert’s team also copied the late rally of the previous term. Only two of the last 11 fixtures were lost, with six wins in that run doubling the tally for the entire season.

1921-22 brought another campaign of squeezing every last point from a season of struggle with a ‘never-say-die’ attitude spiritedly producing yet another late rally. Six games unbeaten at the end of the season kept Coventry from the drop as they finished one-point clear of relegated Bradford Park Avenue and Bristol City.

Evans hadn’t had much to spent but what he had been entrusted with had been spent well. Albert invested £1,300 in Notts County forward Sam Stevens in March 1921. 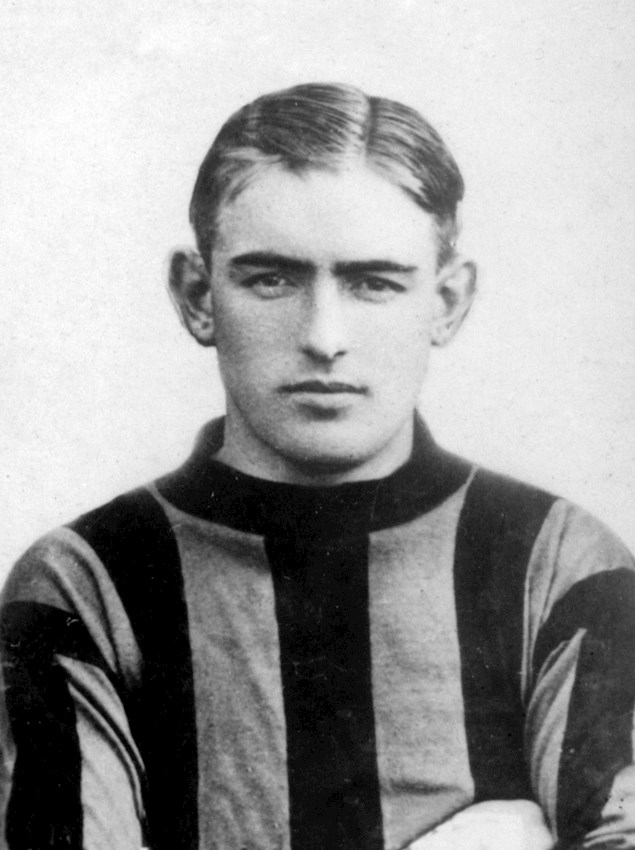 He had helped City end the season strongly and in his only full campaign became the first Coventry player to net 20 goals in a season. Stevens would score on the opening day of 1922-23 for Evans but injuries hit the manager again, this time to his star striker whose career was ended by injury, that opening day goal back at his old club Notts County being his sign-off.

Despite losing Stevens, City rose to the dizzy heights of 18th – fifth off bottom in 1922-23. It could have easily been a higher placing as Coventry were the lowest of four clubs on 37 points. It could have been worse too as they were only two points above the drop. 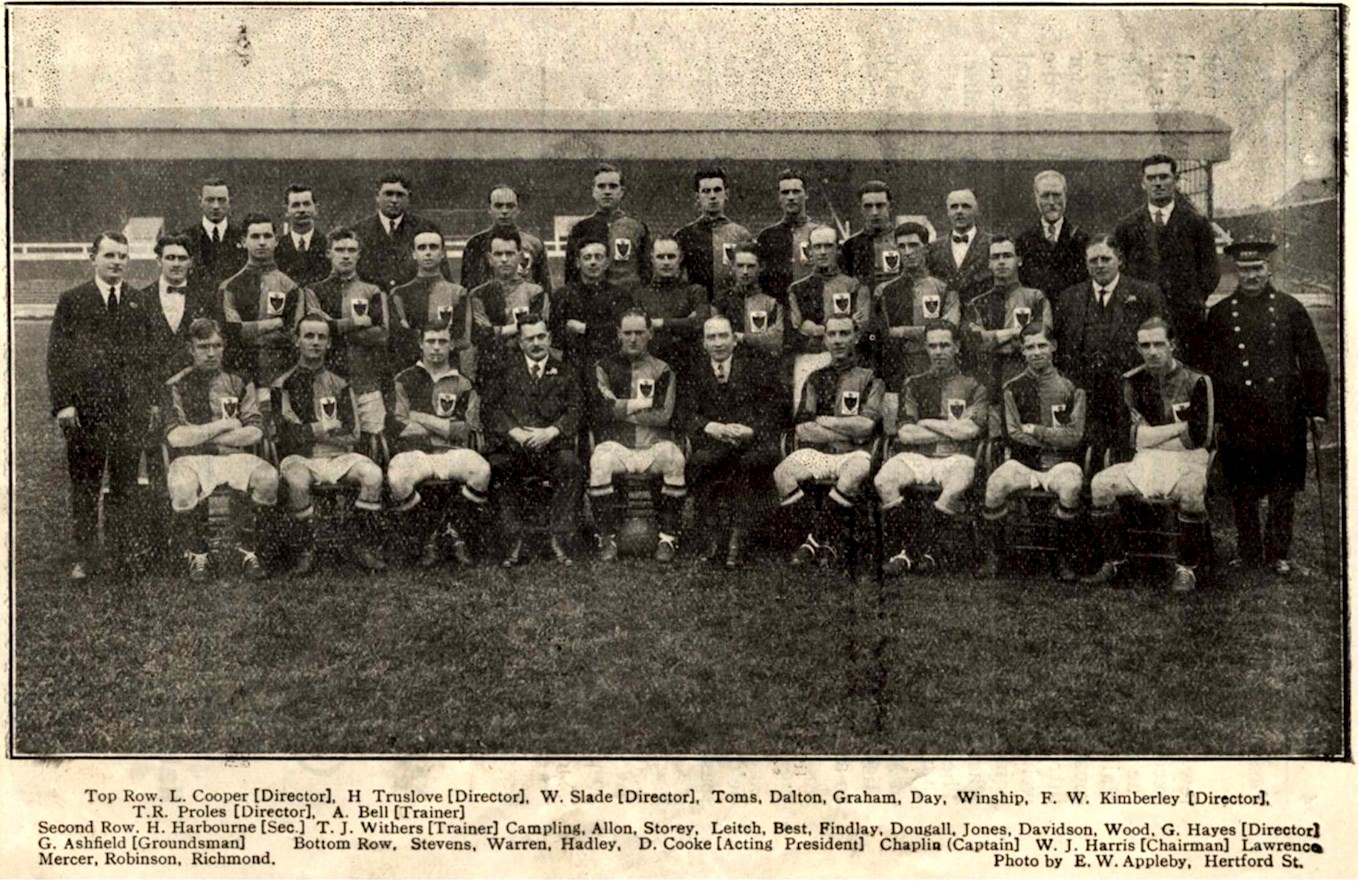 Stevens’ goals had been replaced by a man Evans had paid a bargain £150 to Oldham for in the close season. Billy Toms got 18 goals in 30 games including City’s first Football League hat-trick. That was a nice Christmas present in a 7-1 win over Wolves on Christmas Day. Wolves were destined to prop up the table and must have been sick of Toms who bagged both goals as City won the return match 2-1, 24 hours later.  Losing one goal-machine in Stephens was bad luck. Whether losing two was carelessness we don’t know but surely The Bantams would have finished higher had Toms not missed the last dozen games. He wasn’t injured but suspended by the club after an unspecified act of misconduct and was duly transferred to Stockport County at the end of the season.

To Albert Evans’ credit, after all of the success he had tasted in his playing days, constant battles at the bottom of the second division still kept him coming back for more but 1923-24 would be his last full season. Despite an opening day defeat by the odd goal in five at home to Barnsley, Albert’s City seemed to be improving. Although most games were drawn, an unbeaten nine match run provided encouragement until they were suddenly rocked 5-0 at Blackpool whose new manager was Major Frank Buckley, a former teammate of Evans at Villa and a man destined to become one of Wolves’ best known bosses. 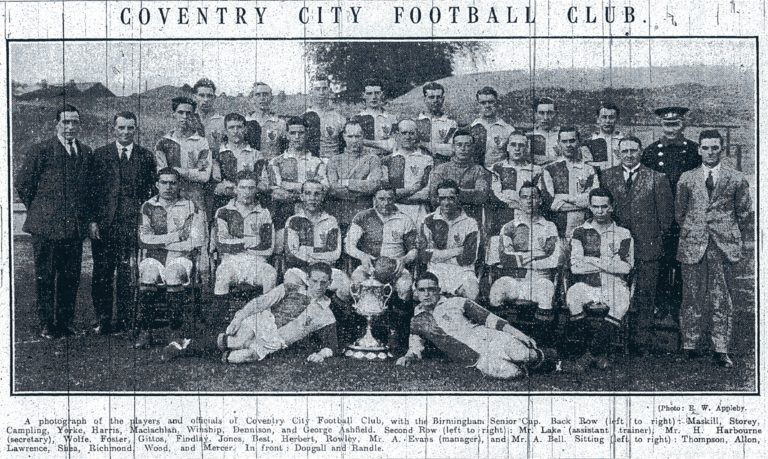 City got their own back, beating Blackpool at Highfield Road seven days later but with the unbeaten run punctured, defeats returned on a regular basis, especially away where the only victory came the turn of the year at Manchester United.

Once again only a couple of points separated City from Division three the season having ended spectacularly badly with three defeats culminating in another 5-0 loss, this time at Bury who ensured their promotion on goal average ahead of Derby.

Relegation couldn’t be withstood forever and City would fall through the trap-door a year later, propping up the league. Albert Evans though had been sacked in November 1924, during a run of what would be eight consecutive defeats.

He wasn’t replaced until the end of the season when James Kerr took over but Kerr did even worse, perhaps indicating that working with very little in terms of finance, Albert James Evans had actually done a good job in difficult circumstances.

Born in Barnard Castle in County Durham, on 18 March 1874, Evans had been spotted playing in the North East by former Villa player Bob Chatt. As a boy Albert represented Stortforth and West Auckland Schools, Egglestone Abbey Boys and Barnard Castle. Having joined Villa in August 1896 he debuted in a home win at Villa’s Wellington Road ground against Bury on 7 November 1896, going on to play 15 league games and all seven cup ties including the final as Everton were beaten at Crystal Palace. Full-back Albert was Villa’s only ever present the following season and remained a regular in the following two campaigns as Villa regained, and subsequently retained the league title, with Albert recognised with selection for the Football League against The Irish League. 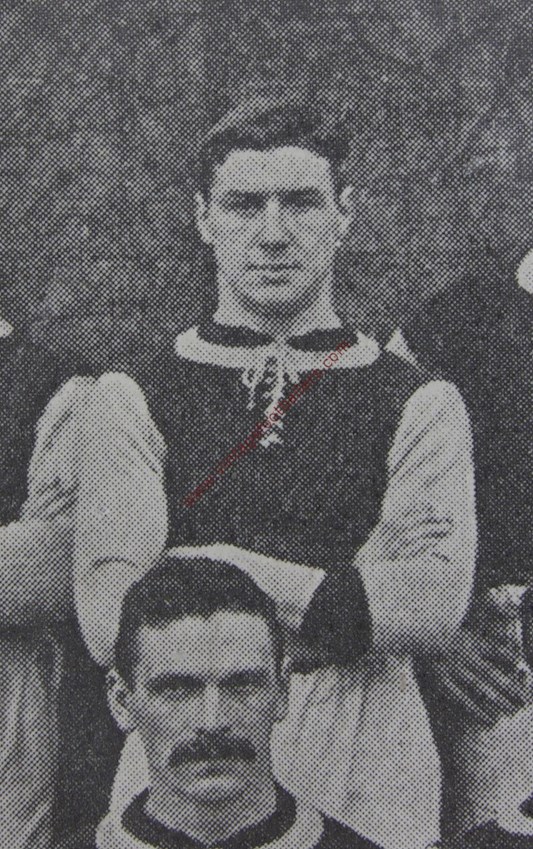 Evans remained a regular first choice until this week in 1901 when he was stretchered off against Sheffield United and missed the rest of the season. He broke his leg twice with Villa, and did it for a third time, attempting to jump over a drain.

Players didn’t have Testimonial Matches as such in those days but could be awarded ‘Benefits’ where part of the proceeds of a league match were given to a player for special or long service. Such a game against Bristol City on October 1907 was Albert’s second such ‘Benefit’ from the club who had also agreed to pay his wages until the end of the season and grant him a free transfer. He repaid them by signing for local rivals West Brom 24 hours after collecting his money. He had made 206 appearances for the club. He hadn’t scored but back then full backs scoring were extremely rare.

He didn’t score in 37 second division games or three cup-ties for The Baggies either, a stint that began with a debut in a 1-0 win at Blackpool on 9 November 1907 He rarely missed a game until another broken leg sustained on Christmas Day in 1908 against Gainsborough Trinity proved to be the final appearance of a distinguished playing career in which his Albion side missed out on promotion by 1/56th of a goal in the days of goal average. Four broken legs finished Albert’s playing days – but not his catalogue of broken legs. He broke his leg again in a charity match in 1915!

Retirement as a player saw Evans become WBA trainer while he had a spell coaching in Norway with Sarpsborg in 1909. This followed Evans going on Albion’s first overseas tour, to Scandinavia where games included exhibitions against fellow tourists Newcastle United and Hull City.

During the First World War he enlisted with the Royal Warwickshire Regiment, being part of the 16th (Service) Battalion (3rd Birmingham) where he was a corporal. His life both before and after his time at Coventry was a fascinating one.

He died in Warwick on 22 March 1966, six months after celebrating his Golden Wedding to Bertha Lilian (nee Smith). Evans’ contribution as a City supremo was long, long ago but everyone who has served the club has been part of the Coventry story.