Almost all managers leave under a cloud. It doesn’t make them bad managers. Some are. They tend to drift out of the game. Others get dogs abuse at times but are never out of work long because their overall record will always enable them to get another job before too long.

Tony Mowbray is such a manager.  There weren’t too many ‘Mogga must stay’ banners flying around CV6 when Tony resigned as Sky Blue supremo in September 2016. An equaliser deep into injury time the previous evening at home to struggling AFC Wimbledon could not disguise the fact that City were still to win a match 10 games into the season. In half of those games Coventry hadn’t even scored and unsurprisingly found themselves propping up League One when Tony took off, after seeing his side struggle in front of the club’s lowest crowd in almost a year and a half.

Let’s be fair here. Some managers walk away with a fortune after being sacked. Mowbray didn’t hang around for a pay-off, “By waiting, carrying on and losing your job in a different way then that leaves a financial burden on the club, so I feel it is right to walk away and not do that because the club needs every penny” he commented. Mowbray was adding to his self-assessment where he had admitted, “Ten games, bottom line, the pride in me says that’s unacceptable. Let someone else have a go at it.”

That man was Russell Slade. Brought in four days before Christmas it was more a case of ‘Far Far Away’ than ‘Merry Christmas Everybody’ as Slade managed Coventry for fewer weeks than the pop group of the same name spent at number one in the charts. Russell was replaced in early March by Mark Robins. The season that began with Mowbray would end in relegation for the Sky Blues. 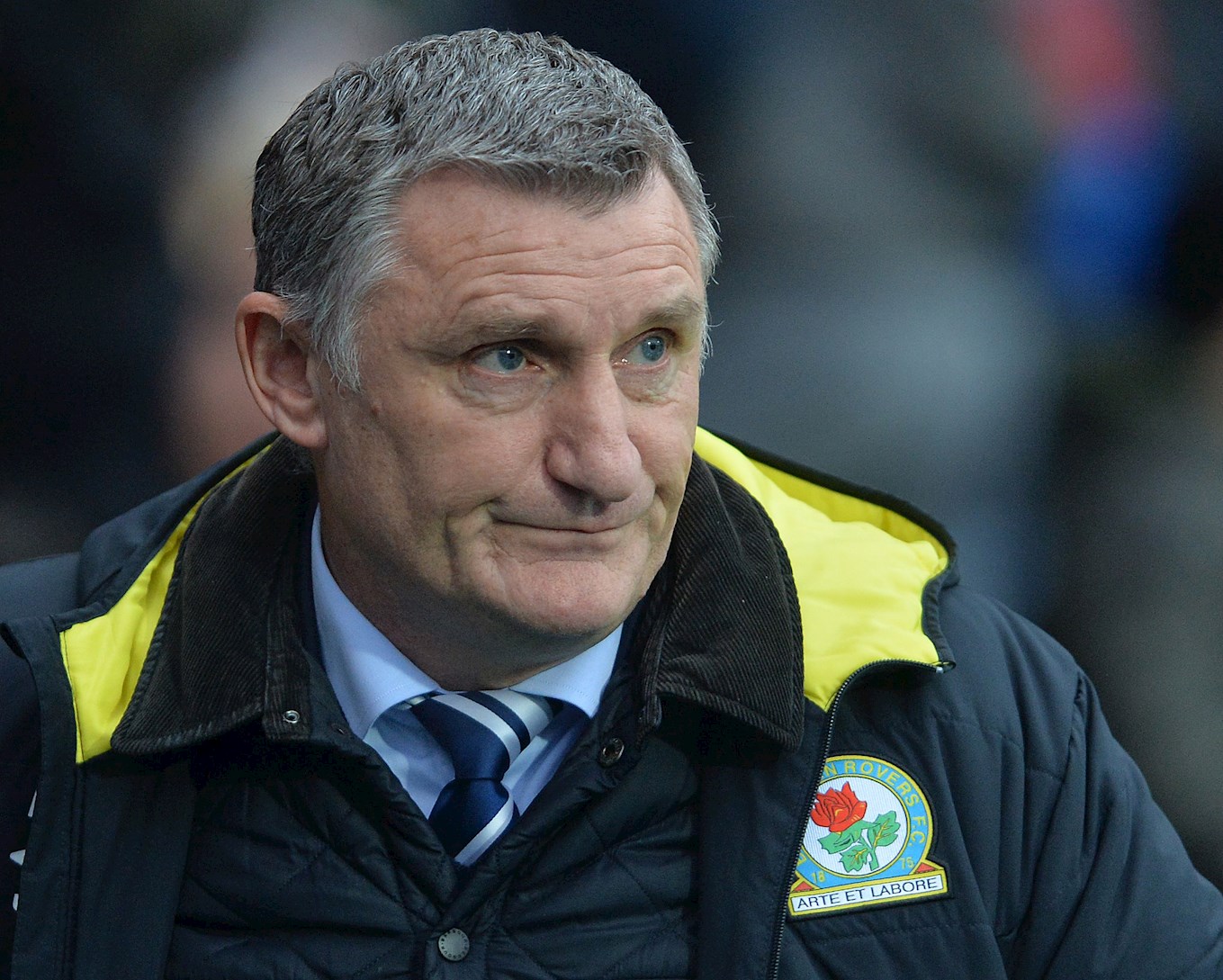 Under a fortnight before Robins returned to Coventry, Mowbray was appointed as manager of Blackburn Rovers. Like Robins he was unable to prevent his new club going down having been appointed so late in the season, but like Robins he subsequently brought his club straight back up, Rovers returning automatically.

28 wins and only six defeats contributed to Mowbray’s men from Ewood Park collecting 96 points in League One in 2017-18. It was a campaign which brought an early return to the Ricoh, Blackburn knocking City out of the Carabao Cup.

Unfortunately, Coventry represents the poorest part of his managerial career although even then a win ratio of over 34% with as many games won as lost was hardly disastrous. 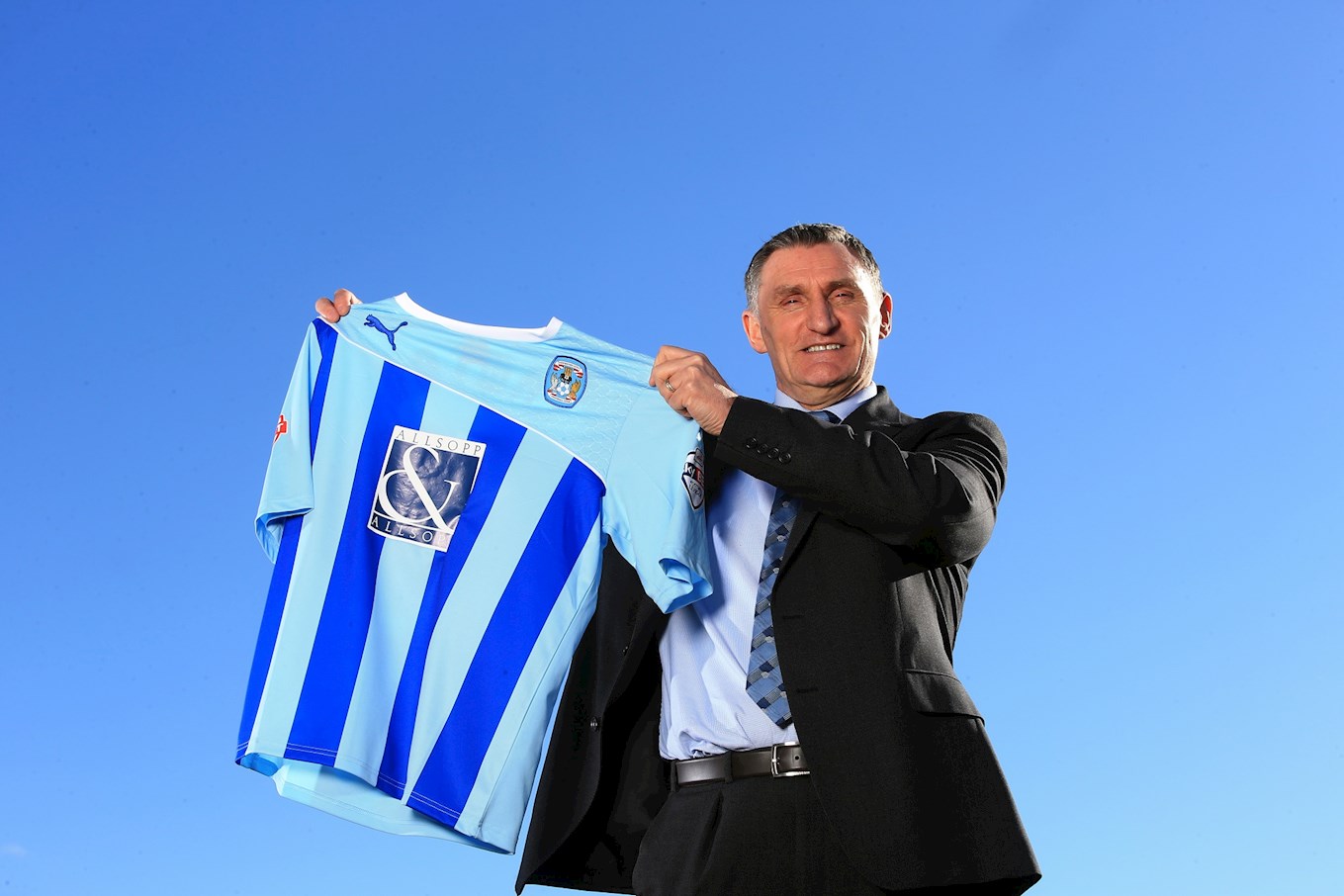 Succeeding Steven Pressley at the beginning of March in 2015 with the team struggling in 20th place, supporters hoped for a new manager ‘bounce’ only to see City slip to defeat at the hands of Port Vale in Tony’s first home game. It did not augur well but seven points from the next three matches, including back-to-back away wins, engendered belief. From then on there would be three wins, three draws and three defeats, the final day victory at Crawley preserving City’s League One status.

In his single full season Mowbray went for a cosmopolitan approach, his 15 signings consisting of nine nationalities. These included the sensational signing of former England international Joe Cole, Wales international Sam Ricketts (now Shrewsbury manager) and veteran striker Marc-Antoine Fortune who had played for Mowbray at West Brom and Celtic. The manager also utilised the loan market, Adam Armstrong from Newcastle, Jacob Murphy, of Norwich amongst his captures, while the prodigious young talent of James Maddison was fast-tracked to the first-team. 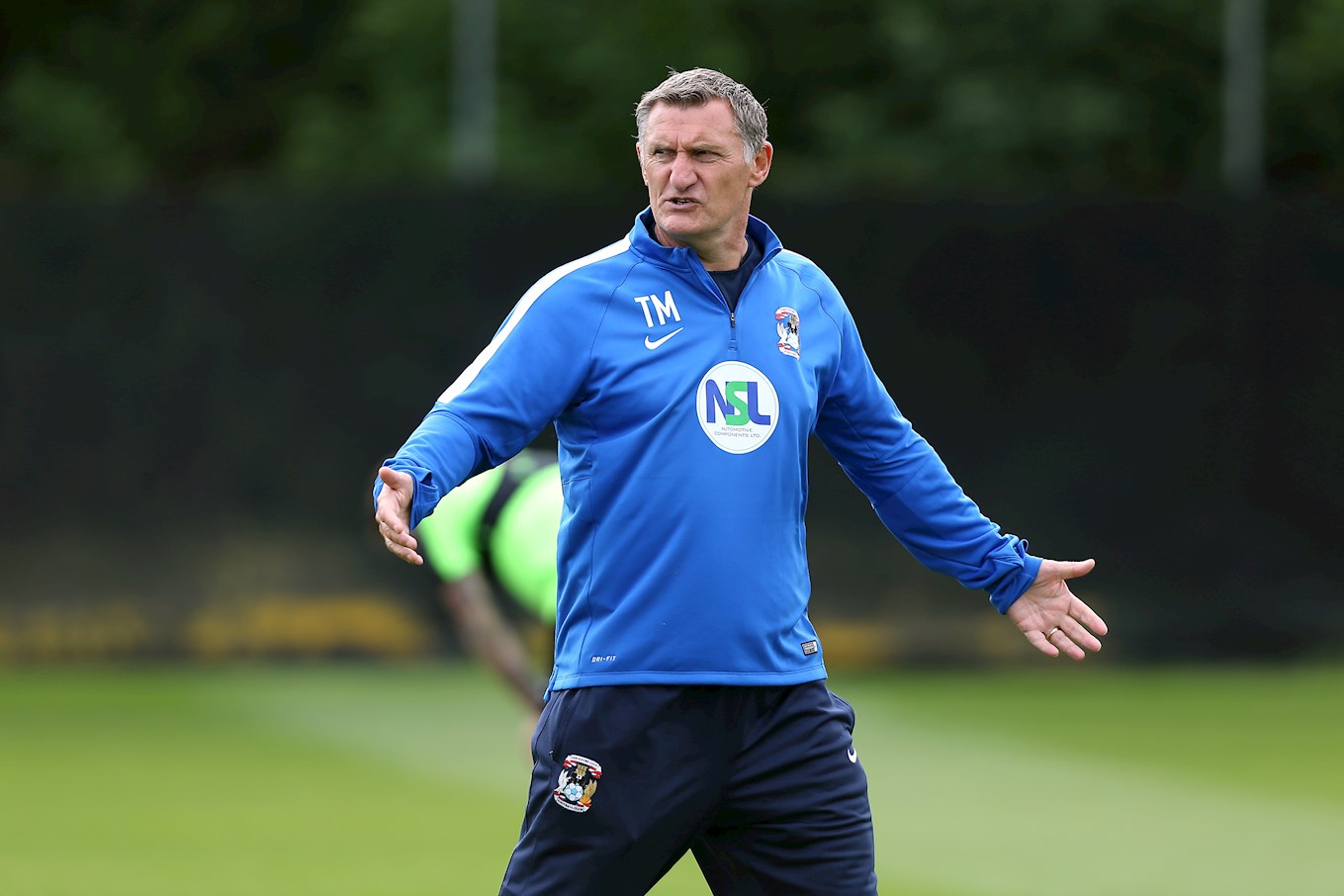 There was a fair amount of talent in that squad and perhaps City should have done better than finish eighth, five points away from the Play-offs. The season started brilliantly with maximum points from the opening three games. Progress was good and by the end of November Coventry led the table.

With promotion the target none of the three cups occupied Tony for more than a single game, albeit elimination in two of the competitions came on penalties. December was a costly month. Despite a Boxing Day win over Port Vale the end of November table toppers ended the year in fourth place.  However, a first half Adam Armstrong hat-trick help kick-off 2016 with a 5-0 win at Crewe.

Six weeks later AA got two in a 6-0 victory over Bury on Valentine’s weekend (the same weekend as Jimmy Hill’s memorial service and the Legends Day) but there had been heartbreak for the fans as in between those two big results only two points had been gleaned from five fixtures as City slipped to fifth. 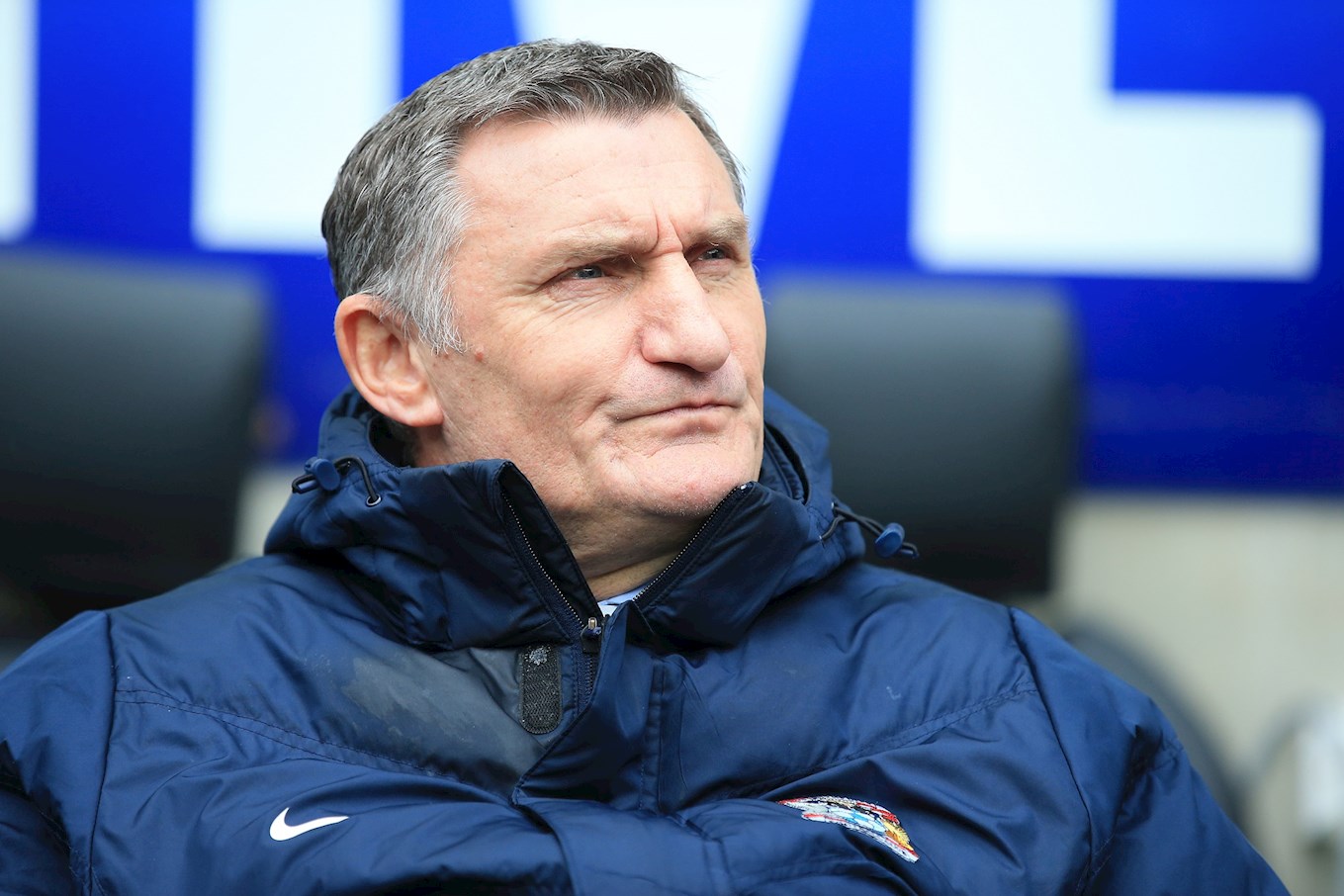 There was worse to come as the following four games were lost as the promotion places disappeared over the horizon. By April Mowbray’s team had sunk to the bottom half of the table and while there was a late revival with successive wins to end the campaign it was far too little and far too late, and a disappointing end to a season that had at one stage promised so much.

The summer of 2016 saw Mowbray recruit seven signings supplemented by almost as many loans.  Just as many players left the club and before long the manager would follow suit.

Only at Celtic had Tony been in charge for fewer games (excluding his caretaker stint at Ipswich).  These days Celtic dominate north of the border but following Mowbray’s appointment as the successor to Gordon Strachan in the summer of 2009 things quickly deteriorated. 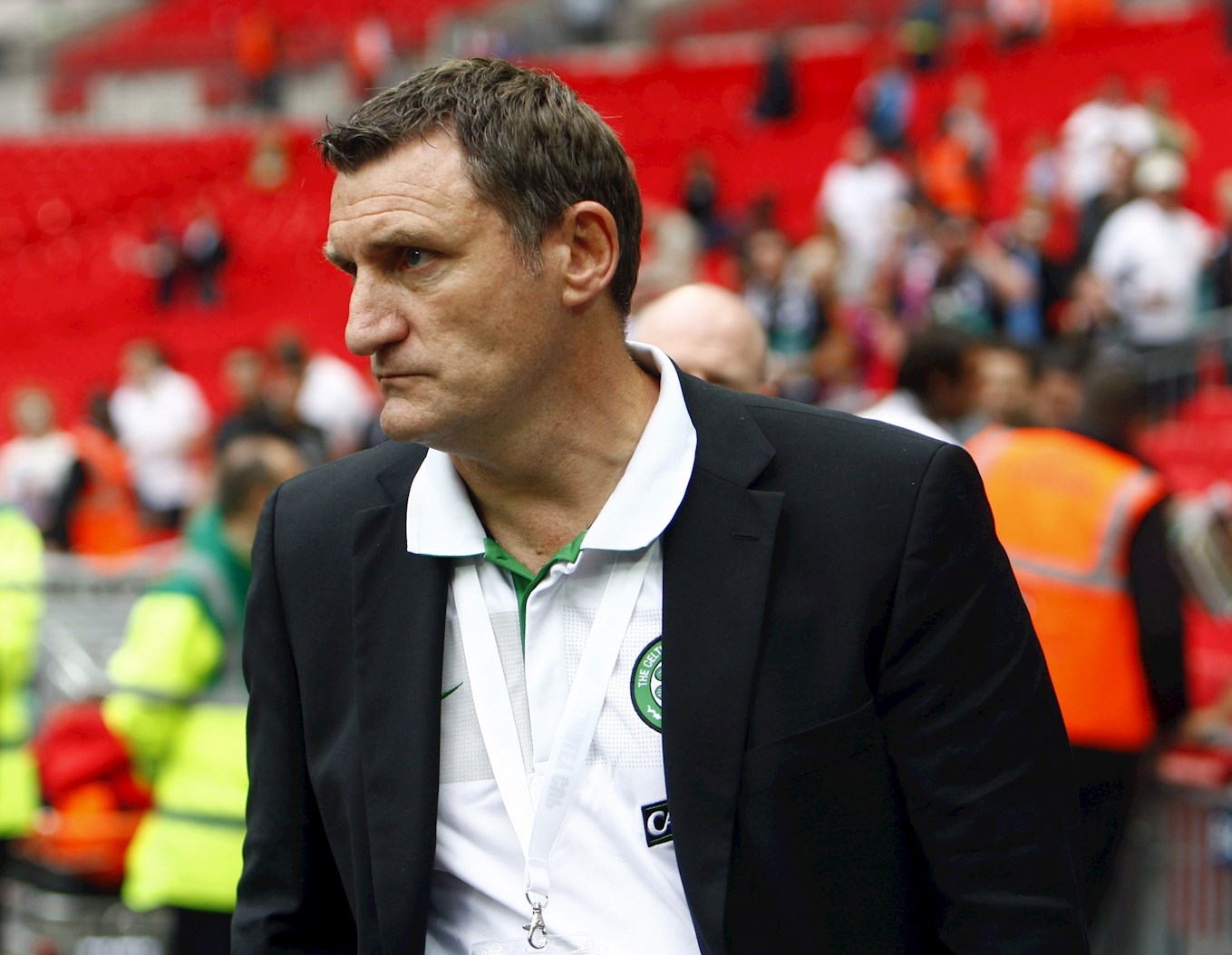 After the Celts travelled to Australia for a single game there was a Wembley triumph in a pre-season tournament, Celtic beating Spurs to lift a trophy also competed for by Barcelona and Al Ahly.  London joy soon evaporated as the following month the Bhoys were beaten home and away by Arsenal in the Champions League, and this after winning away to Dynamo Moscow.

Following this Celtic tamely exited the Europa League after just one win in six group games but in the SPL they started brightly. Only two points were dropped from the first five games as they were early front runners, but this was before the financial demise of Rangers and while the Old Firm pair jostled for top spot in the first half of the season by Christmas the Ibrox club reached the peak and stayed there. Staying there was something beyond Mowbray who was sacked in March following a humiliating 4-0 defeat at St. Mirren. It was only the fourth time Tony’s team had failed to score in a league game, and only the second time they had conceded more than twice but it’s no good being second in a two horse race and Mowbray was on his way.

As a player Mowbray also left Parkhead empty handed and not many do that if they have been there four years as Tony was. Rangers dominated when Mogga was a Bhoy, his only cup final appearance seeing him part of a side that sensationally lost on penalties to Raith Rovers. 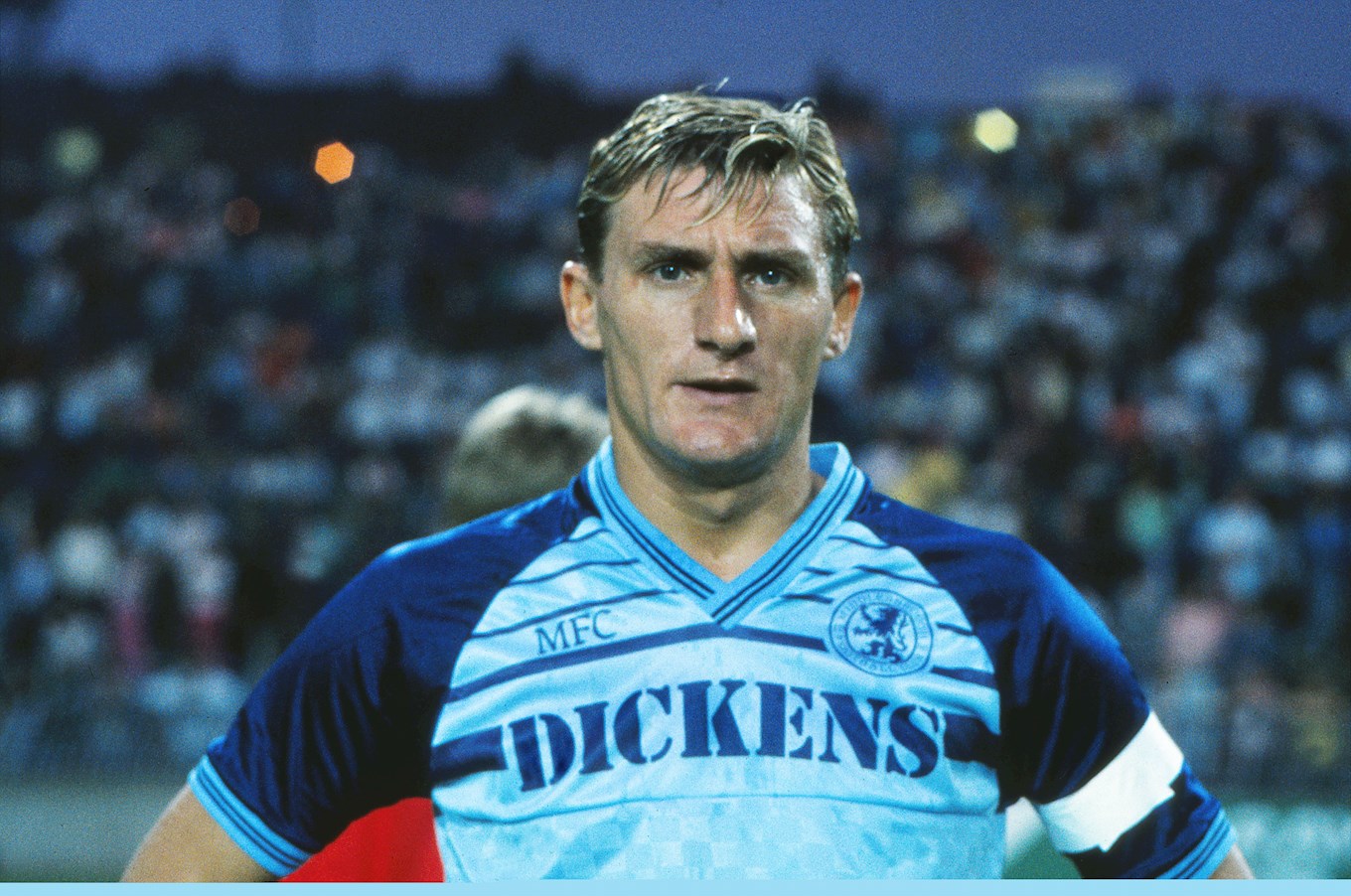 Tony’s time as a player with Celtic came about having established his reputation as an outstanding centre-half with Middlesbrough. Born at nearby Saltburn, Mowbray earned legendary status as a player on Teesside where even their fanzine ‘Fly Me to the Moon’ owes its name to a quote from manager Bruce Rioch who had remarked, “If I had to fly to the moon I’d take Tony Mowbray, my captain, with me.”

Thrown into the deep end with a derby debut at Newcastle as an 18-year old in September 1982, ‘Mogga’ went on to play 424 games for the club through an immensely difficult era as they collapsed financially.

Returning to England after his Celtic adventure, Mowbray completed his playing days with Ipswich. He climaxed his playing career by retiring after scoring in the millennium year Play off with Barnsley, as promotion to the Premier League was won.

Moving into coaching at Portman Road, Mowbray had four games as caretaker manager after George Burley left the club. A couple of years later he was interviewed for the top job at Ipswich but declined Ipswich’s approach.

At the time he was thriving in his first appointment at Hibs where he had been named Scottish Football Writers’ Association Manager of the Year in 2005.

Three years later he would win another Manager of the Year award in England after leading West Brom to the Premier League and the FA Cup semi-final. Despite the Baggies being relegated under Mowbray in 2009 he managed to maintain the support of the fans, before his move to Celtic.

Speaking to the Blackburn Rovers website Mowbray mused, “I’ve kicked a ball about since I was two or three and after leaving school I went straight to Middlesbrough Football Club. Football has been my life. I’ve never really been out of football since then. As a coach you are occasionally out of work but I find myself at 54 to have never really been without football.”

Now enjoying success with Blackburn, Tony Mowbray is one of those Sky Blues Supremo’s whose finest hours did not come at Coventry. However his integrity, including in putting the club before himself at the time of his departure, marks him out as a man worthy of respect. 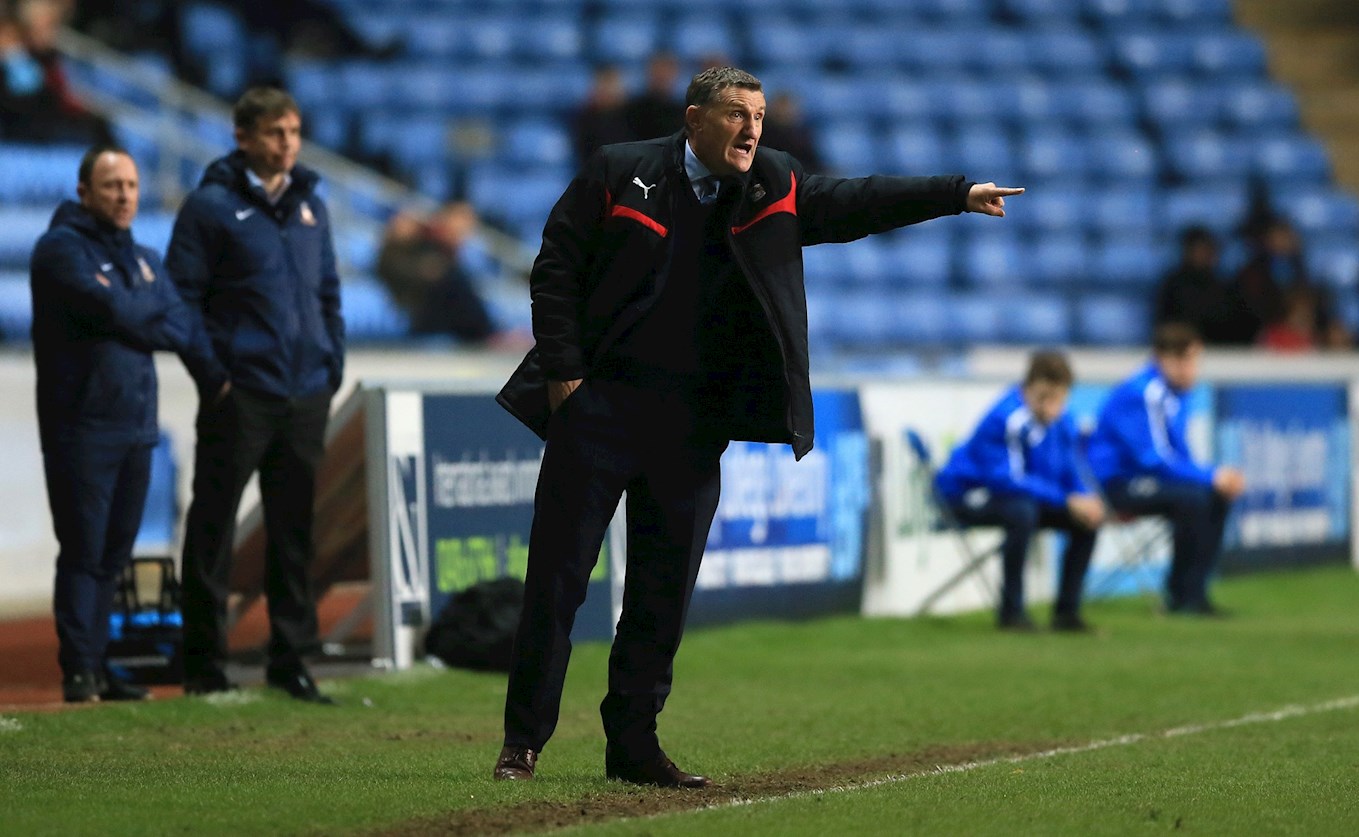