Squad Numbers were introduced to the Premier League in 1993/94, and have been part of English football ever since. Now we look back at some of the famous and less famous players to wear (or at least be allocated) a particular Sky Blues number and how they got on – starting with number 31… 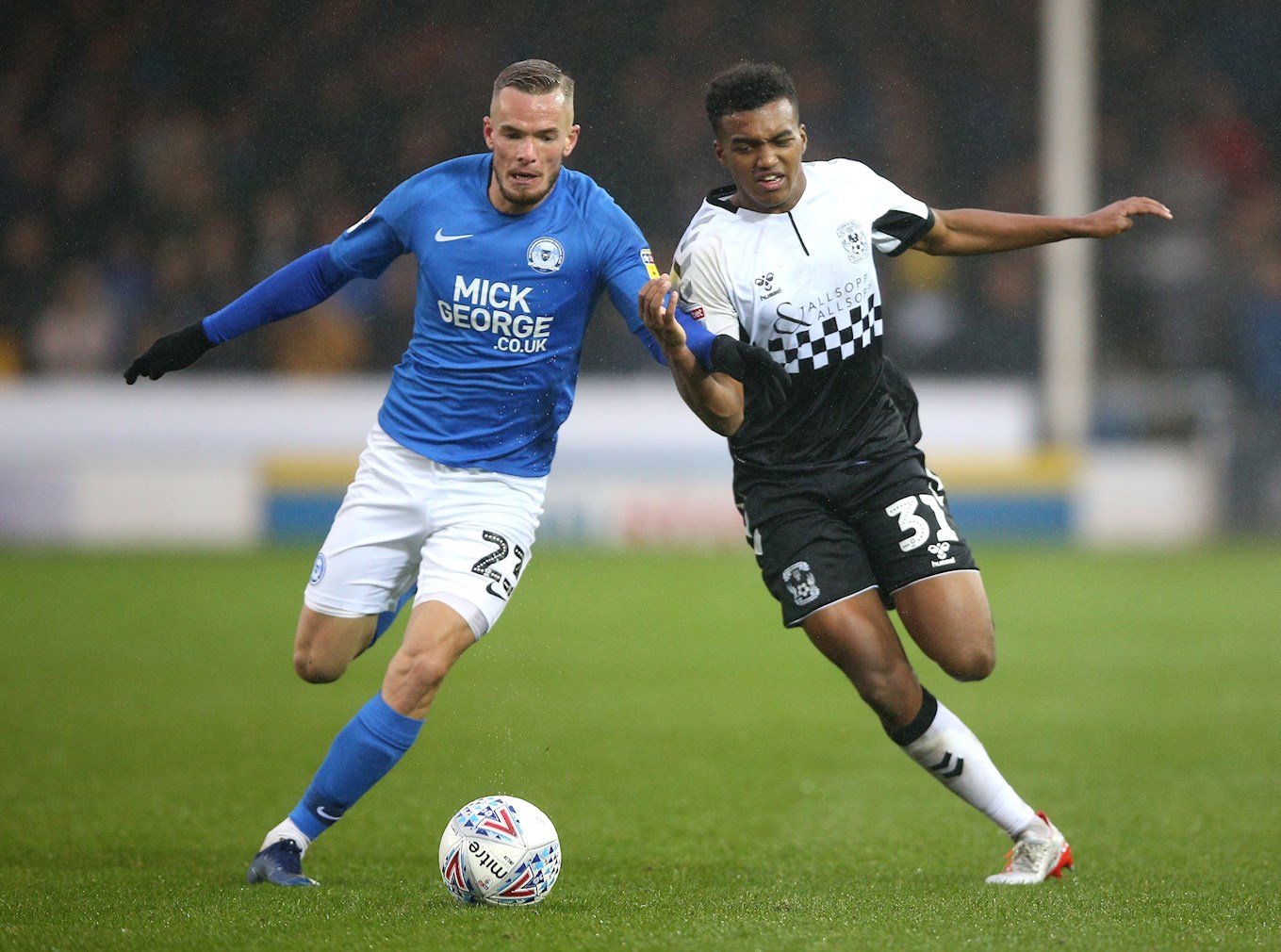 Having been number 44 last season, Sam has moved effortlessly into the 31 berth for Mark Robins’ side. He joined the Sky Blues last year from Herne Bay, making his league debut in the December of the campaign – one of 8 first-team appearances in his first year with the Club.

Now 19, Sam has made 35 appearances so far this season and scored 3 goals in the process.

Improving defensively and going forward too, Sam’s excellent form attracted a number of suitors and at the end of January a move to Norwich City was made. Sam returned immediately to Ryton on loan until the end of the current season. 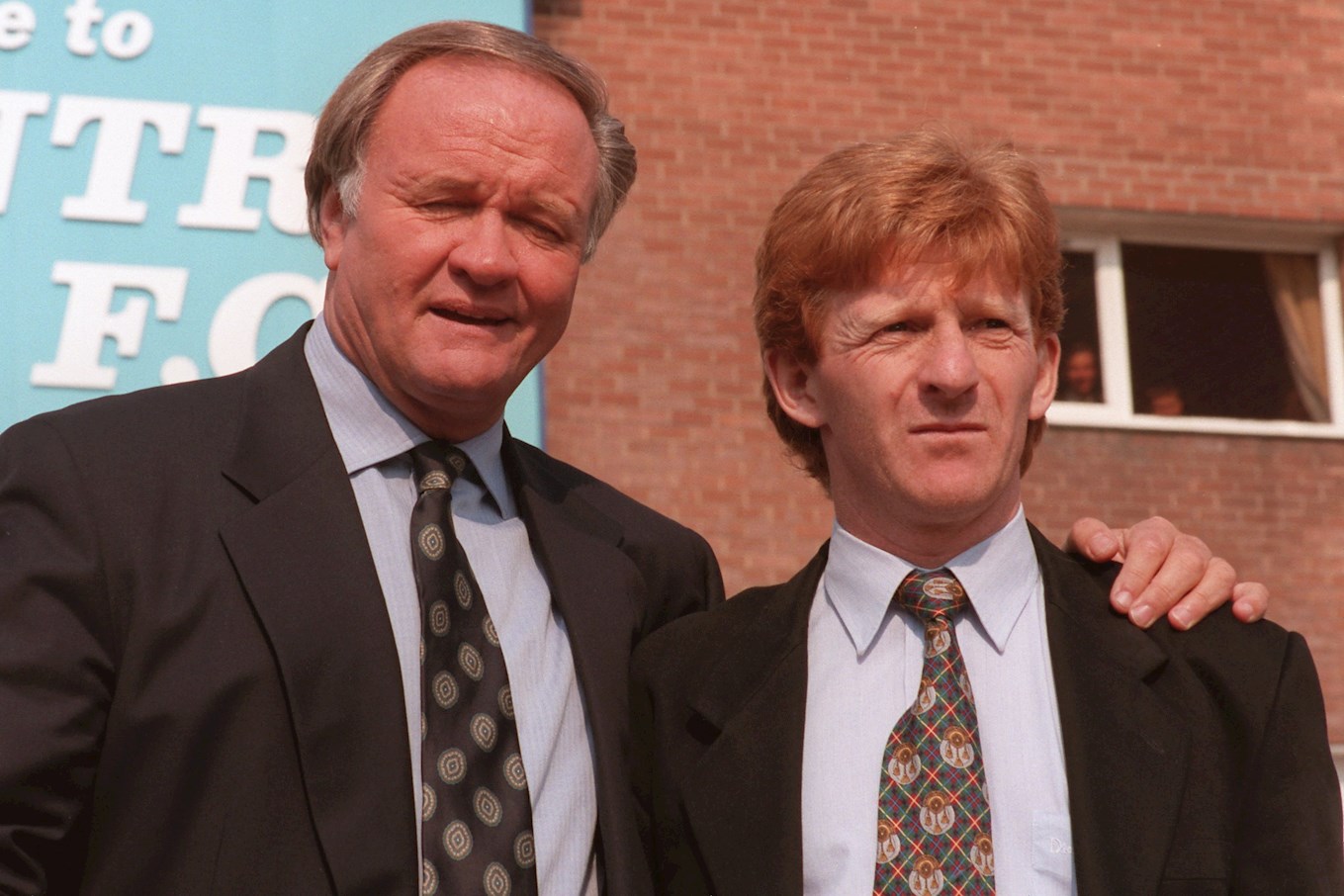 Strachan, later a Sky Blues boss, got handed the number 31 shirt after joining in February 1995 from Leeds United. Now in his late 30s, his role was set to be that solely of assistant manager, but he was persuaded to don the boots as the Sky Blues battled relegation.

He made his Coventry City debut in April 1995, starting in a 2-0 win over Sheffield Wednesday.

He made a total of 5 appearances that season, providing much needed experience and stability to the Sky Blues midfield as Ron Atkinson’s team escaped the drop. The number 26 beckoned in the 1995/96 campaign and more relegation battles to come, plus a spell as Manager from 1996 to 2001 - ended four months after an unsuccesful relegation fight. 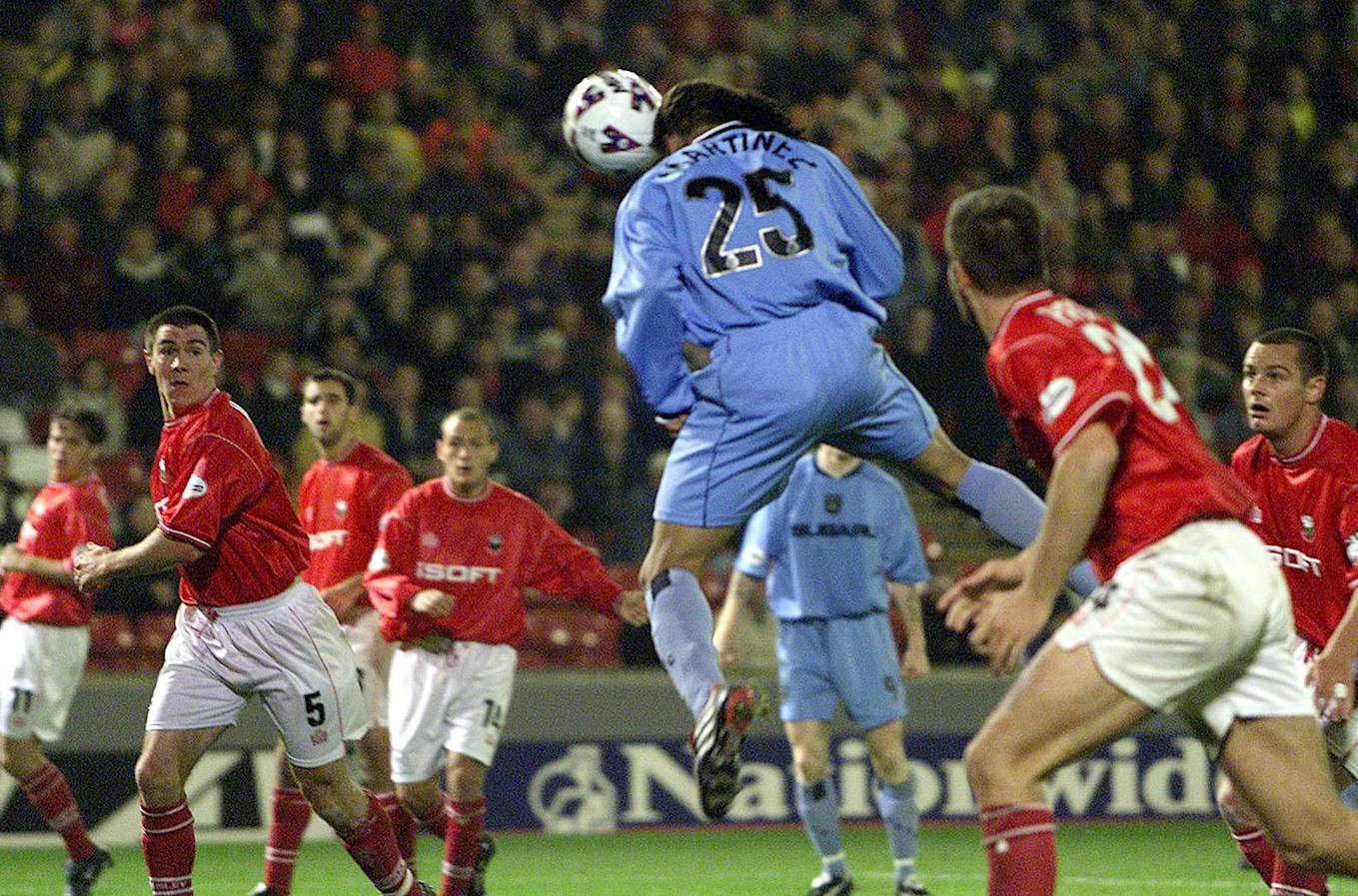 Honduran striker Jairo Martinez was allocated the 31 shirt for the Sky Blues’ last Premier League campaign. At the Club alongside compatriot Ivan Guerro, Martinez failed to make an appearance during that season.

After relegation, Martinez did at least play. Now in the number 25 jersey, in 13 appearances he scored 3 goals. Most notable of those was perhaps his first goal for the Club in September 2001 against Barnsley, when Jairo opted to run up the steps of the away stand to mark the occasion in with the Sky Blues fans!

He returned to Motagua in Honduras, from where City had signed him, then had a short stint in the Mexican second division and a season at Olimpia, before again turning out for Motagua. A knee injury eventually cut short his career and he retired in 2008, aged 30. 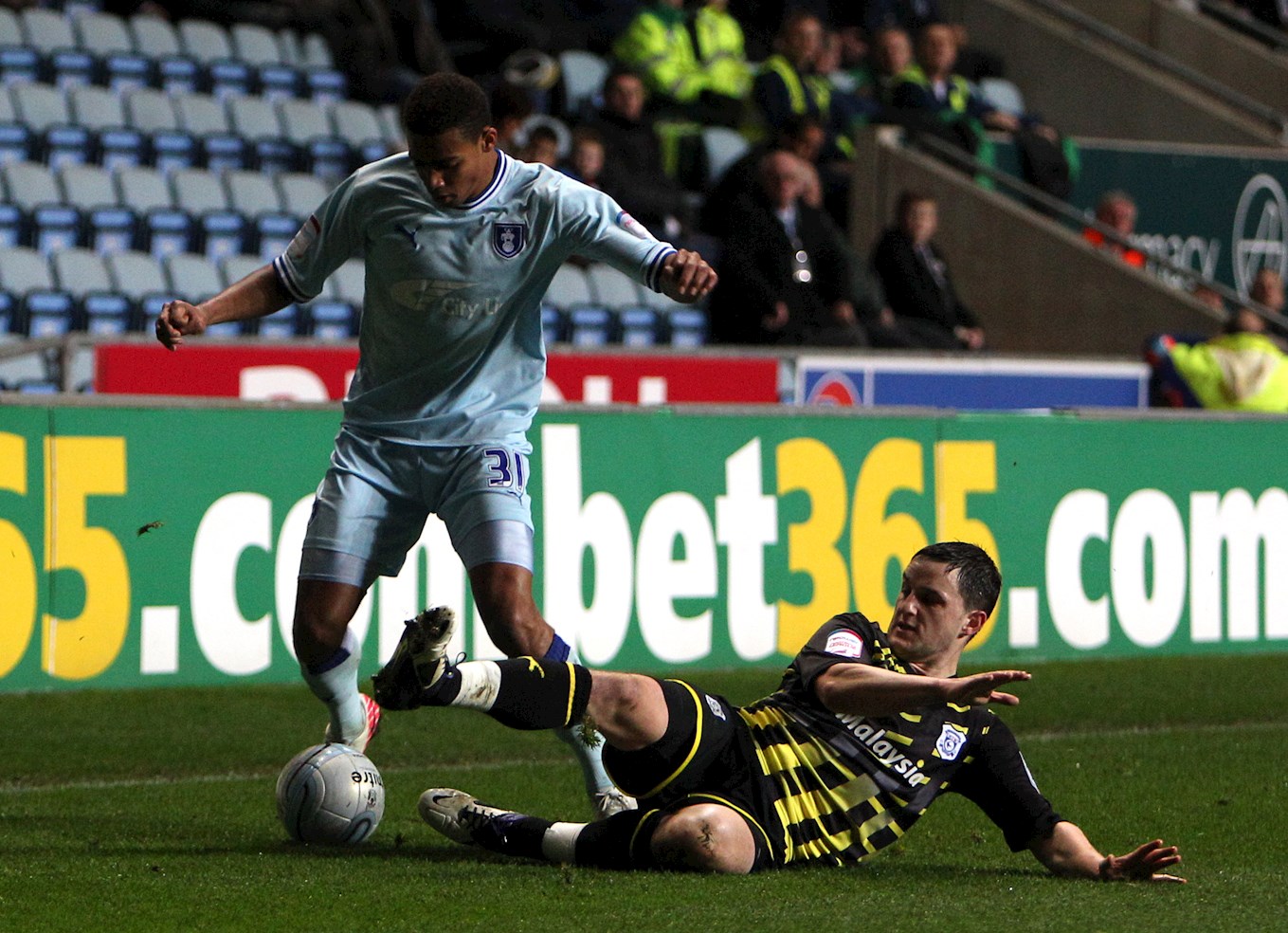 Having made his debut the year before, Academy graduate Christie went straight into the spotlight when he started on the opening day of the season in 2011/12.

The right-back would make 39 appearances in all competitions in that season in the number 31 jersey, but unfortunately the Sky Blues were relegated to League One. 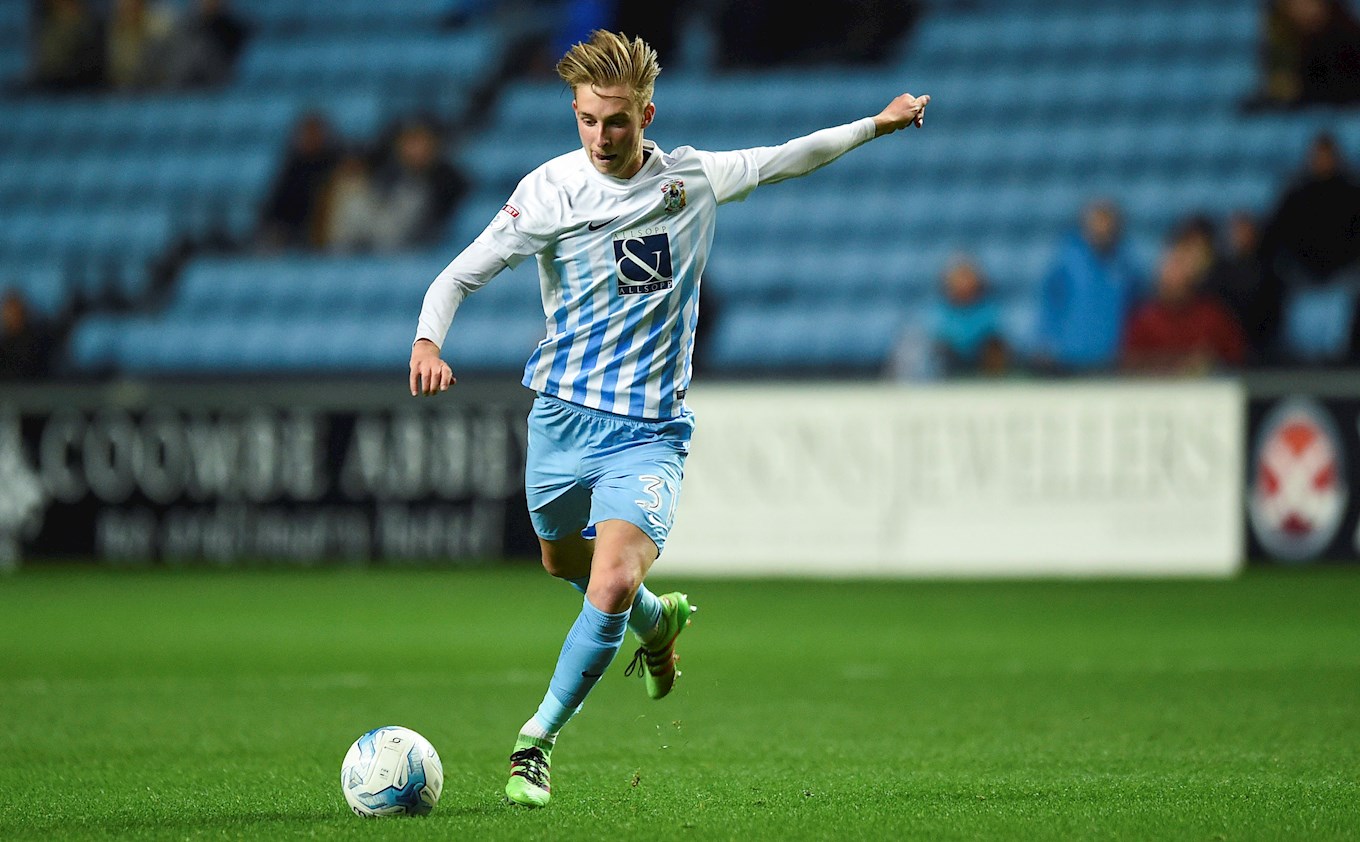 Handed the number 31 in 2015/16, Stevenson had to wait until 2016/17 to wear it – making his Sky Blues debut in August of that season in a League Cup tie with Portsmouth.

He made 36 appearances, scoring twice in that season, as the Sky Blues were relegated to League Two, but he was part of the team that won the Checkatrade Trophy and started at Wembley.

He made 12 appearances in 2017/18 for City, before a move to Wolves saw him loaned immediately out to Colchester. A further loan at Jumilla in Spain followed in 2018, before joining Colchester permanently in January 2019, having not made an appearance at Wolves.