Squad Numbers were introduced to the Premier League in 1993/94, and have been part of English football ever since. Now we look back at some of the famous and less famous players to wear (or at least be allocated) a particular Sky Blues number and how they got on . 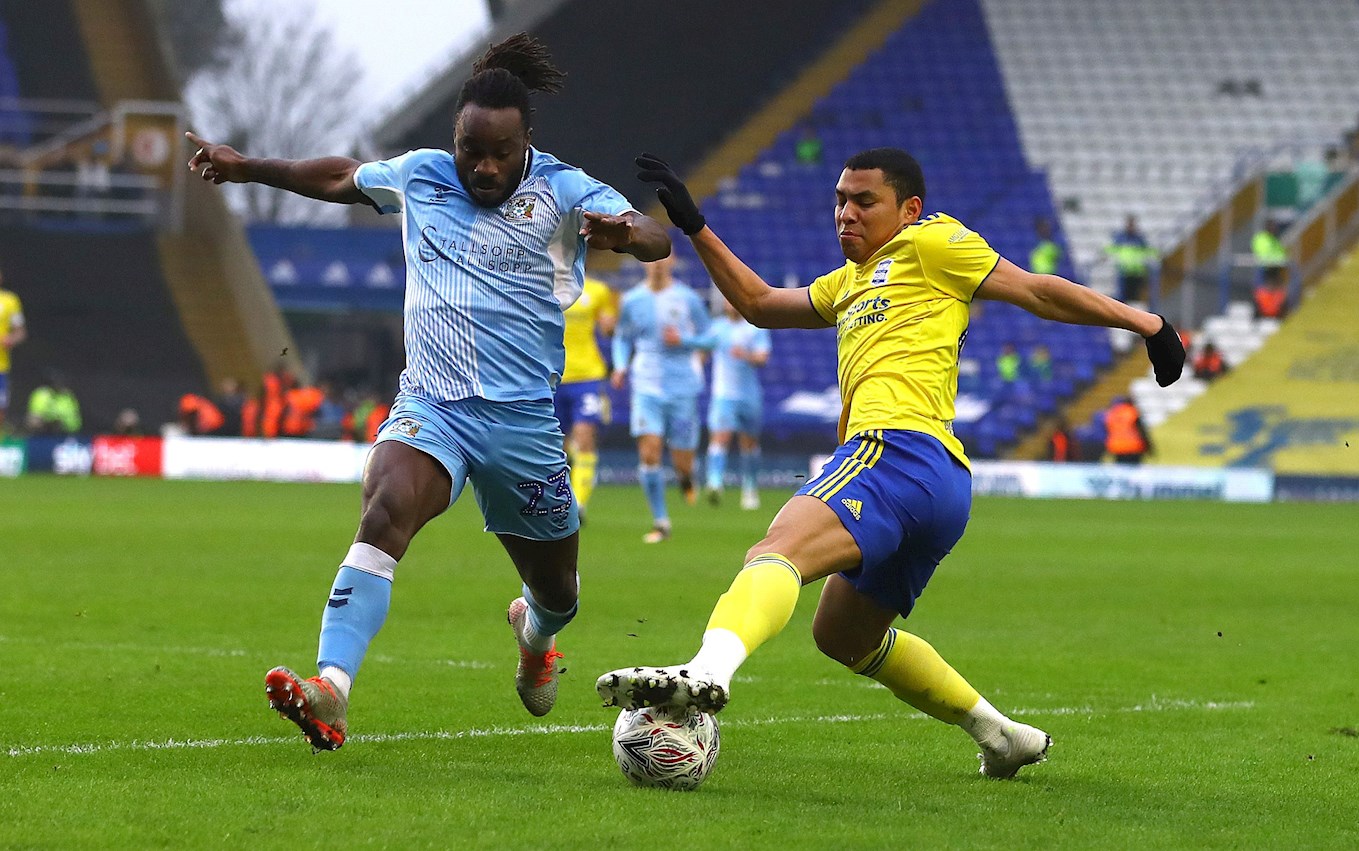 Fankaty joined from Chelsea on a free transfer last Summer and chose the number 23 for his first campaign with the Sky Blues. Dabo has been consistently impressive for Mark Robins’ side this season and a popular player with fans, as City sit at the top of SkyBet League One table.

The right back has been strong defensively and his powerful, attacking runs on the wing have added a new dynamic to the Sky Blues’ play this campaign – plus a number of key contributions to City goals.

The 24-year-old, who signed a three-year deal with City last Summer, has made 41 appearances so far this season but is yet to get on the scoresheet for the Sky Blues.

Evtushok was signed by the Sky Blues in January 1997. He was the first Ukrainian international to play in the Premier League – compatriot Andrei Kanchelskis having opted to play for Russia.

He made his debut against Manchester United at Old Trafford in March but was hooked off by Strachan after just 30 minutes with City already 2-0 down, replaced by Peter Ndlovu as City searched for a goal.

The next game was much better for Evtushok, a 0-0 home draw with Leicester. His third and final appearance was a 4-0 away defeat to Newcastle United, where Evtushok was replaced at half-time with City 2-0 down. He was released at the end of the season, returning to Ukraine. 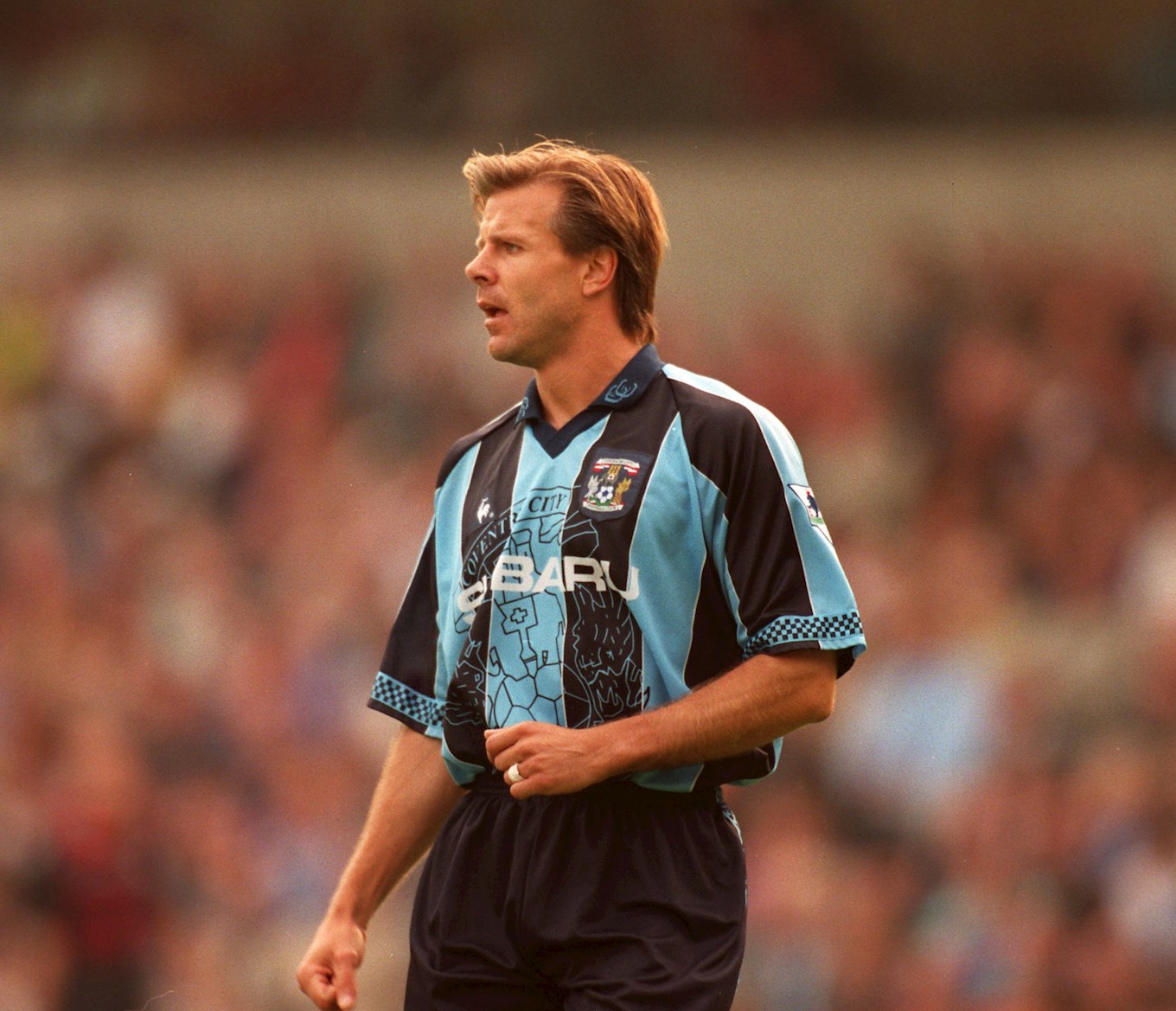 One of the classiest players to pull on the Coventry City shirt in recent years, Sweden international right back Nilsson joined the Sky Blues in 1997. Joining from Helsingborgs, he’d enjoyed a previous spell in English football with Sheffield Wednesday under former City boss Ron Atkinson.

Making his debut in late August at the age of 33, he made 39 appearances in the 97/98 season as the Sky Blues finished 11th in the Premier League and reached the FA Cup Quarter Final. Nilsson proved his quality, making defending look effortless.

He moved to the number 2 shirt in 1998/99, leaving Highfield Road at the end of that campaign after another 30 games. But he did come back – in the 24 shirt in 2001/02 in the First Division. He took over as player-manager in September and guided the side briefly to the top of the table. However, a dip in form saw Nilsson retire from playing to concentrate of management, before being dismissed from the role in April 2002. 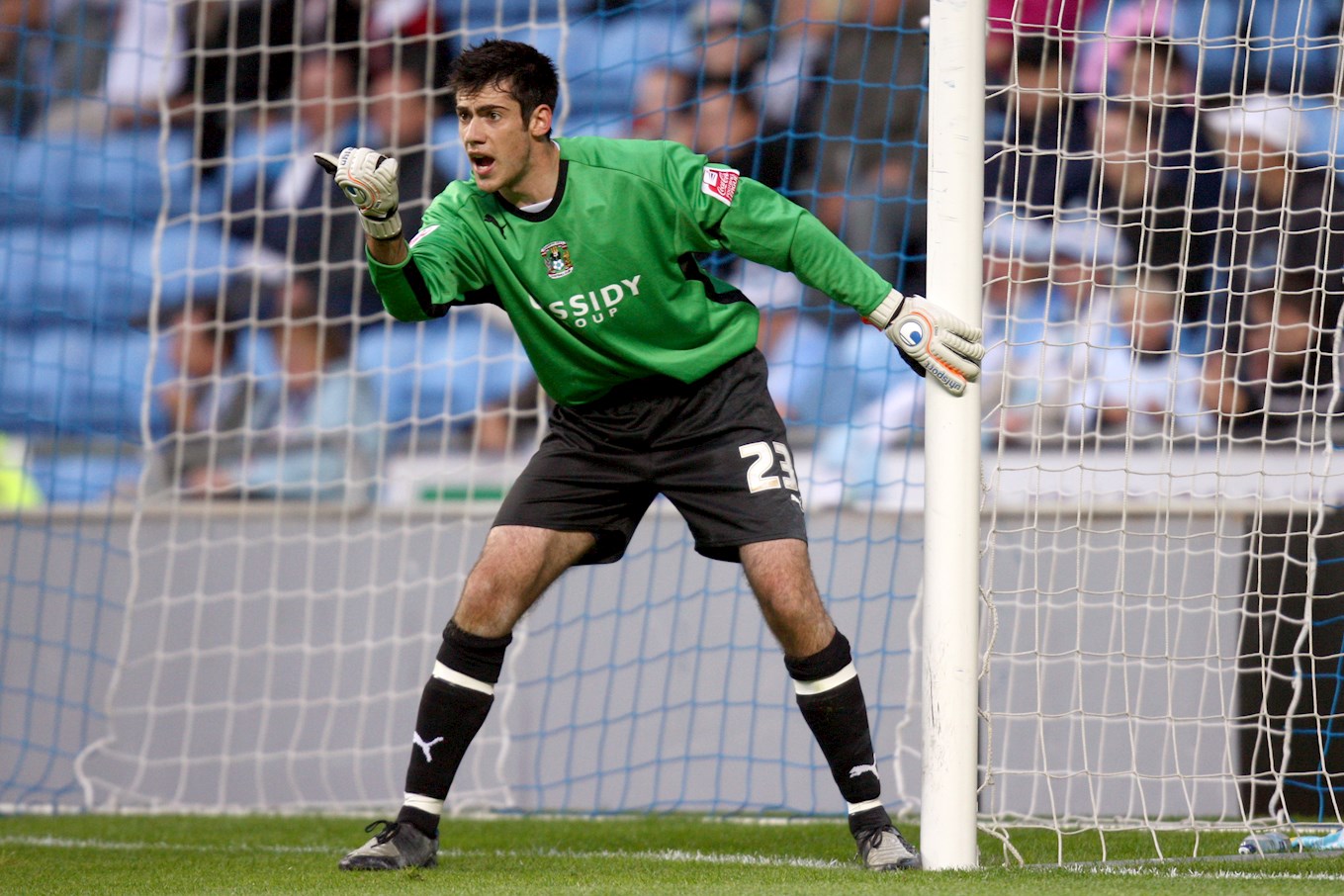 Australian-born shot stopper Ireland was allocated the number 23 shirt for the first time in 2007. Having come through the Academy ranks, he made his first-team bow in 2008 in a 3-1 win over Aldershot in the Carling Cup at the Ricoh Arena.

In March 2011 he made his league debut for Coventry City, coming on as a half-time sub for an injured Kieren Westwood against Bristol City with the Sky Blues already 3-0 down. Later reduced to 10 men, City would lose the game 4-1, but Ireland made a number of impressive saves to keep the scoreline down.

He was released in 2012, returning to his native country and is now at Valentine Phoenix in the National Premier League. 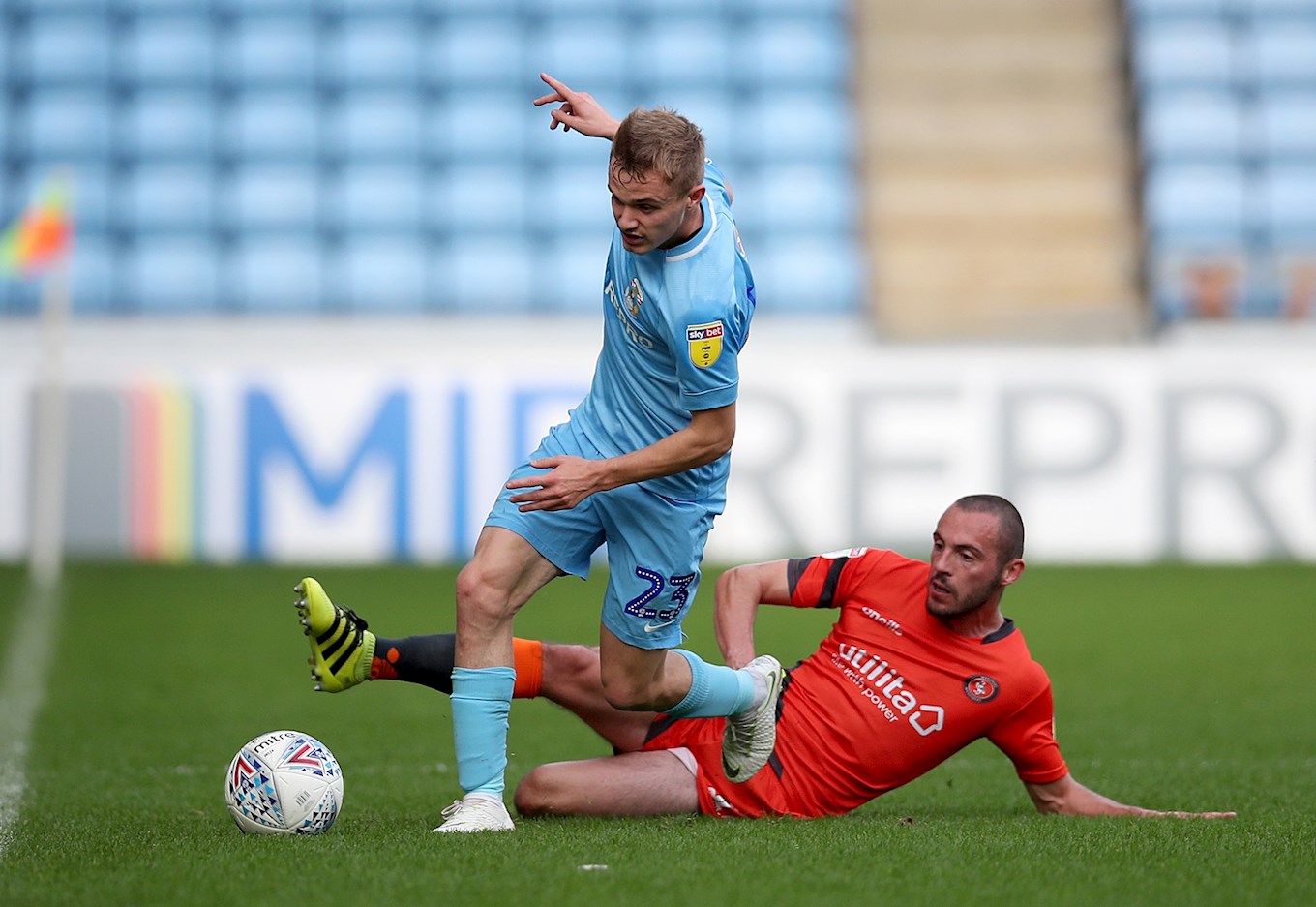 19-year-old Thomas signed on loan for the Sky Blues in August 2018, with the temporary agreement extended in January until the end of the campaign.

A pacy winger, Thomas’ mazy runs caused trouble for the SkyBet League One defences. In total the then Derby man played 44 games for Mark Robins’ side, netting on 5 occasions, and shared the Junior Sky Blues Player of the Season Award.

Thomas joined Championship side Barnsley on a permanent transfer in the Summer of 2019, and has made 35 appearances and scored twice for the Tykes so far this campaign.