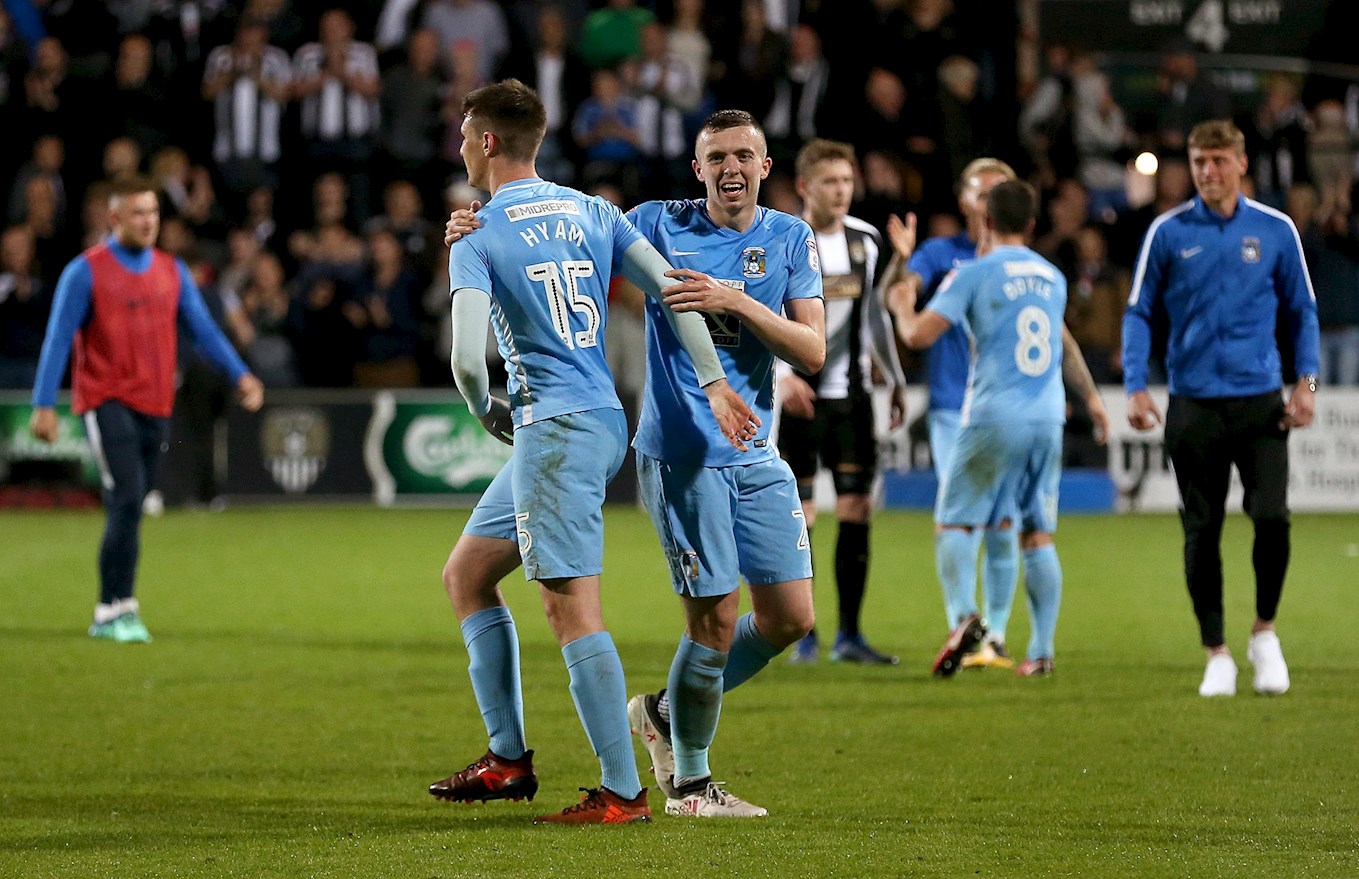 Hyam joined the Sky Blues in the Summer of 2017 from Reading, and the then 21-year-old went in at the deep end when he started the first game of the season – a 3-0 win over Notts County.

The development of Hyam since signing has been huge. After spending August with the first team, he had to wait until the end of December for his next appearance. and he came to the fore from February to the end of the season – starting the League Two Play Off Final.

In his second season he was named voted Player of the Year by Sky Blues fans and scored his first goal for the Club, playing 41 times. This season he is again one of the mainstays of the Sky Blues defence, which has conceded the fewest goals in League One so far this campaign. In our last game against Ipswich, he made his 100th appearance in the number 15 shirt for the Sky Blues. 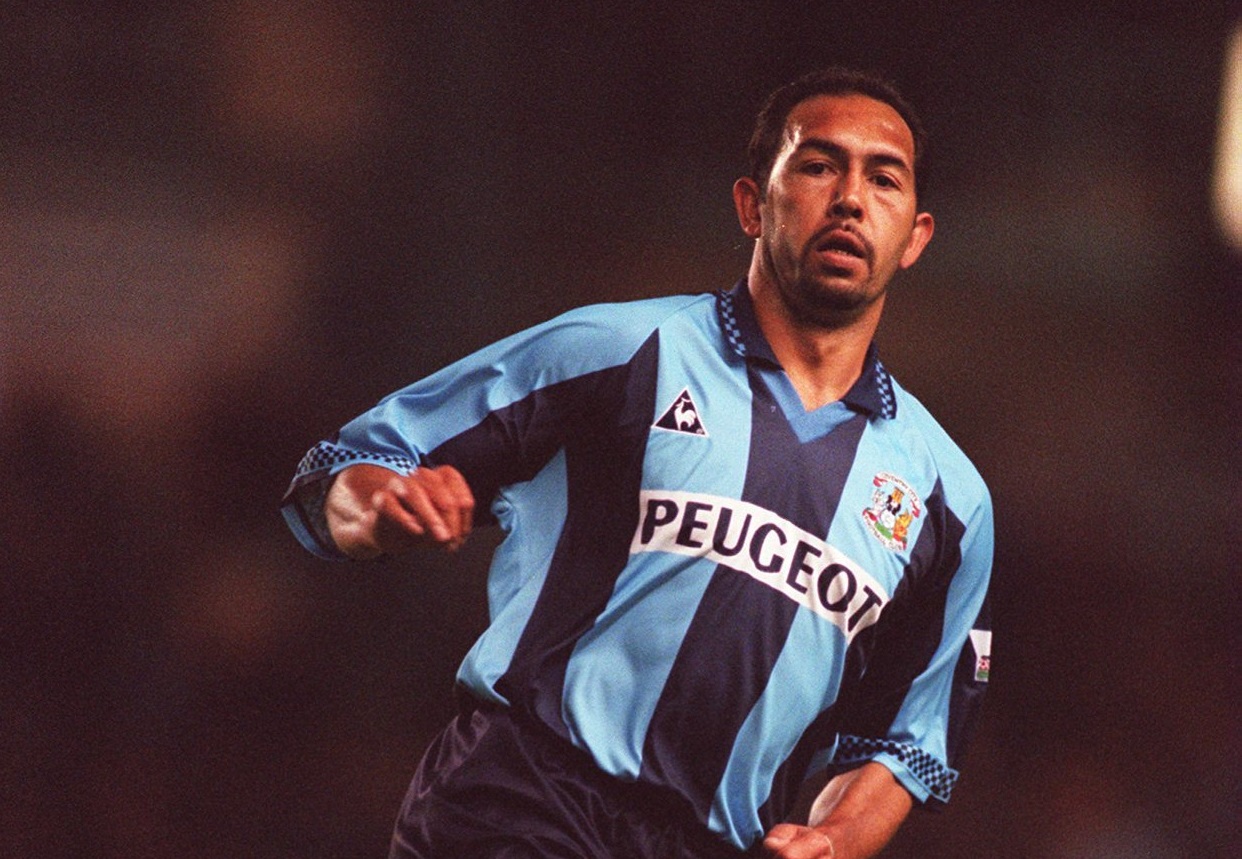 Brazilian Isaias had joined in the Summer of 1995 for £500k from Benfica, and made 11 Premiership appearances in his debut season while wearing the number 8 shirt. He’d made an impressive debut against Man City in August and found the net on two occasions – versus Chelsea and Middlesbrough. However, he struggled to settle and his last game of his debut season came in November 1995.

Handed the number 15 for the 1996/97 campaign, the midfielder would wear it only once – a ten minute substitute appearance in a 1-0 defeat to Liverpool in September 1996.

That was the end of a disappointing stay in England after 2 years and aged 33 he returned to Portugal, retiring at the end of the 2000-01 campaign back in Brazil. 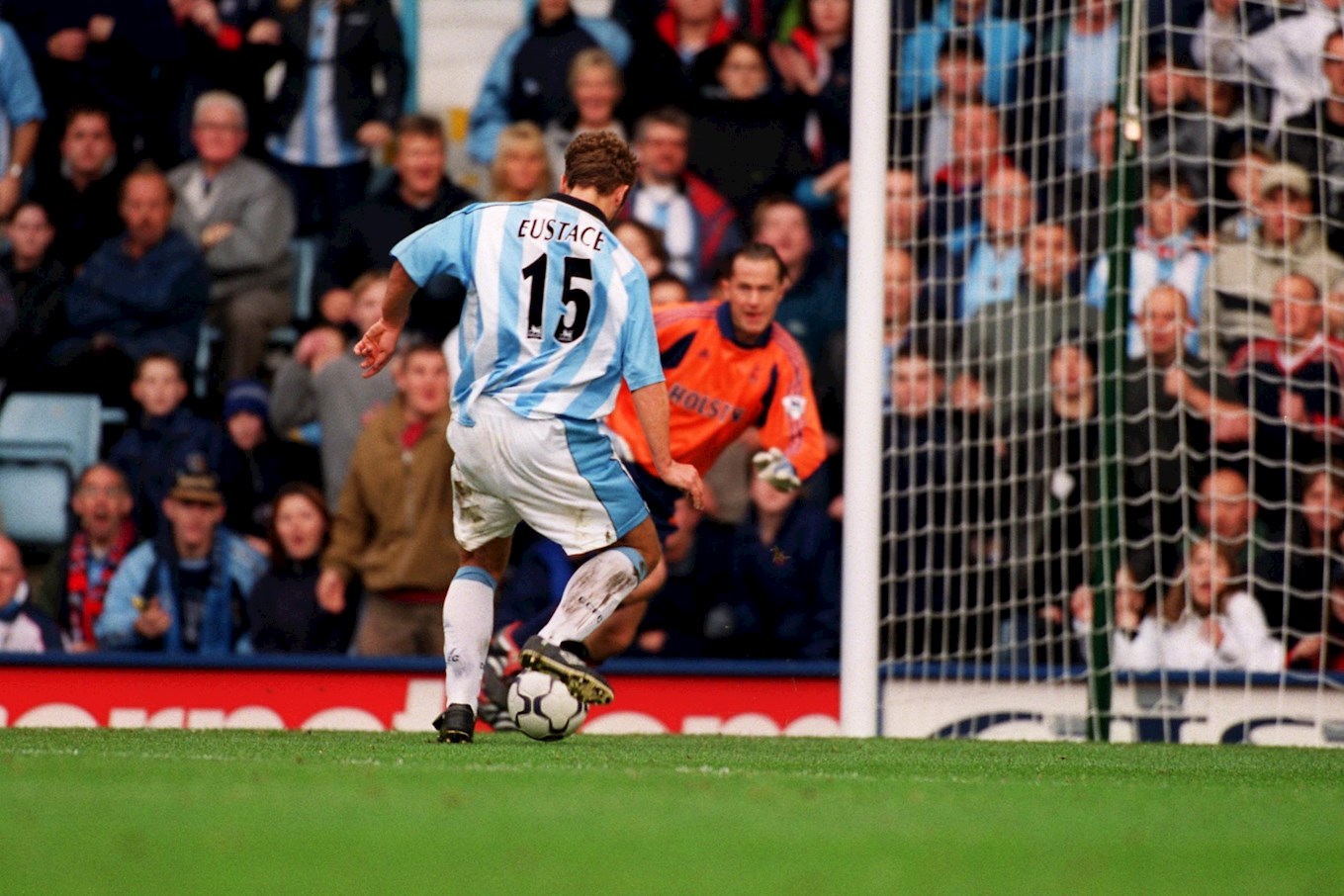 Number 24 the year before, when he played 21 times and scored 2 goals, youth product Eustace was handed the 15 at the start of the 2000/01 campaign.

It was to be a hugely disappointing season for the Sky Blues as they were relegated from the Premier League. Turning 21 during the campaign, Eustace played 37 games and scored 4 goals in that season as he established himself as a first-team player at Highfield Road.

In 2000/01, he was made captain by Gordon Strachan who explained his reasoning: “One, he’s here for the next four years; two he really likes playing for this club; three, he’s intelligent and can take on information; four, he’s one of the natural winners in the team.”

But it was an injury hit season, and he would only play 5 games in that First Division campaign. The next season Eustace moved to number 6, and he played 35 games, scoring four times. He also had a brief spell at Premier League Middlesbrough on loan.

He left the Sky Blues at the end of the season, and would go on to appear for Stoke City, Watford and Derby County.

McKenzie was signed by Coventry City on transfer deadline day in August 2006. He made his debut for Coventry on 12th September 2006. 32 games and 8 goals followed in his first season at the Ricoh Arena.

He started the 2007–08 season well, scoring against Barnsley on the opening day of the season and then against Hull, before a knee injury put him out of action for several weeks and restricted him to only 9 further games that campaign.

He scored in Coventry's opening game of the 2008–09 season against his old club Norwich City, now wearing the number 14 jersey. He played a further 23 times and scored 4 goals – his final Sky Blues goal being a winner against Wolves in a 2-1 win in February 2009.

He left at the end of the season, having played 68 times for the Sky Blues and scored 14 goals. 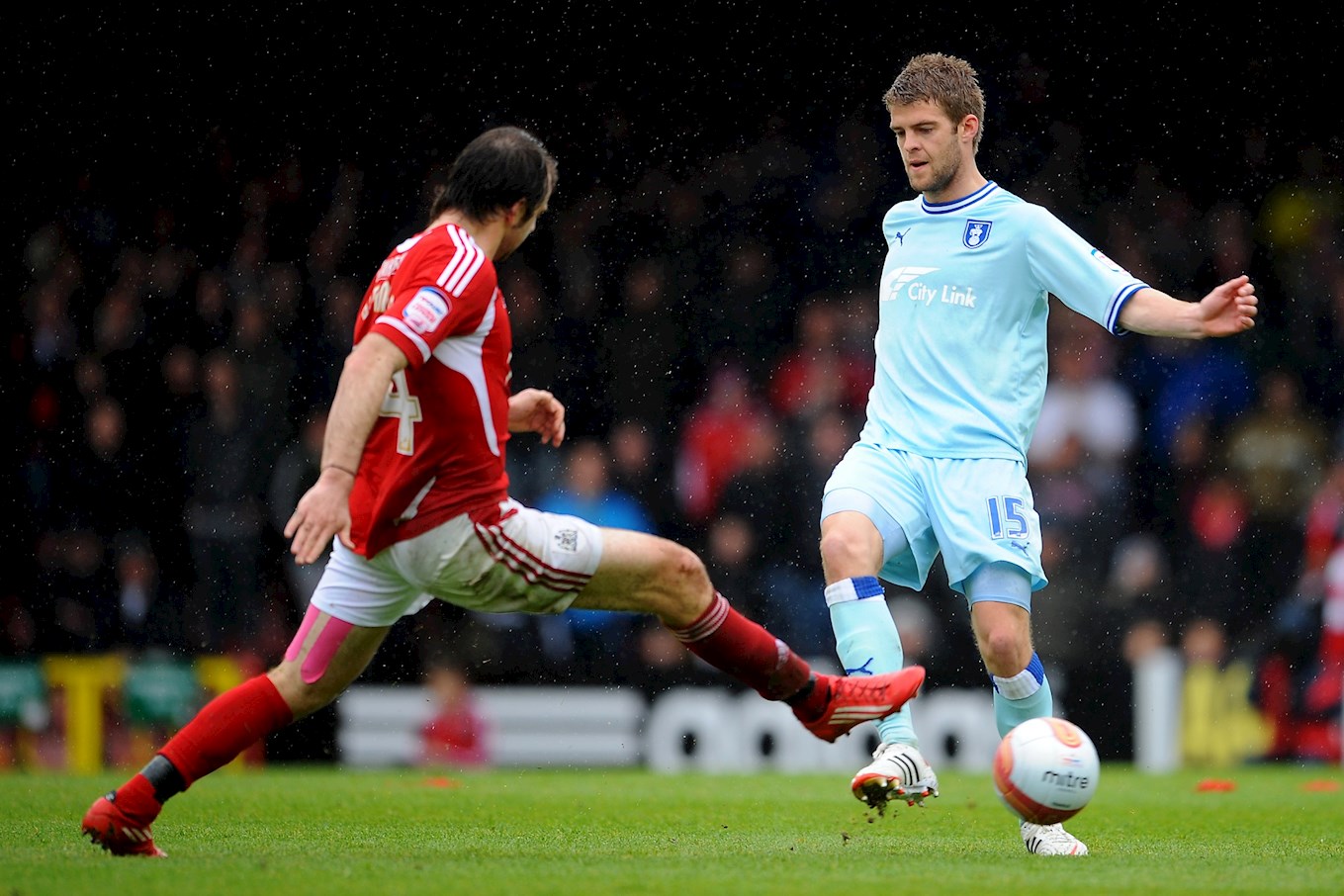 Versatile defender Cranie joined the Sky Blues in August 2009 from Portsmouth. Signed by Chris Coleman, he would become a regular in the Sky Blues line up during his three seasons at the Ricoh Arena.

Shortly after joining, he scored his first career goal during City’s 3–2 home win against Sheffield United in September 2009. He would play a total of 42 times during his first season with the Club.

After relegation from the Championship to League One, Cranie left at the end of his contract with the Sky Blues. He would move to Barnsley, and would go on to play for Huddersfield, Middlesbrough and Sheffield United. Currently 33 years old, he is at Luton Town.