While ideally you’d never leave it that late, those occasions bring their own enjoyment (eventually) and memories as City’s players demonstrated the courage and determination to get the required result. In this series, we’ll be looking at some of those escapes from relegation – heading back now to this day in 1985…

If fans thought the previous season’s escape against Norwich was a close call, they had seen nothing yet.

This was perhaps the greatest of the Sky Blues escapes and cemented the Club’s Houdini-like reputation in the top flight.

Still with three games of the season after most clubs had finished their schedules, City had to win all three – the odds of doing that were stacked against the Sky Blues. City’s season had been pushed back after a flu outbreak among the players over Easter led to games being postponed.

One victory in their previous six games had left Don Mackay’s side bottom of the table and it was looking a very uphill battle to say the least. 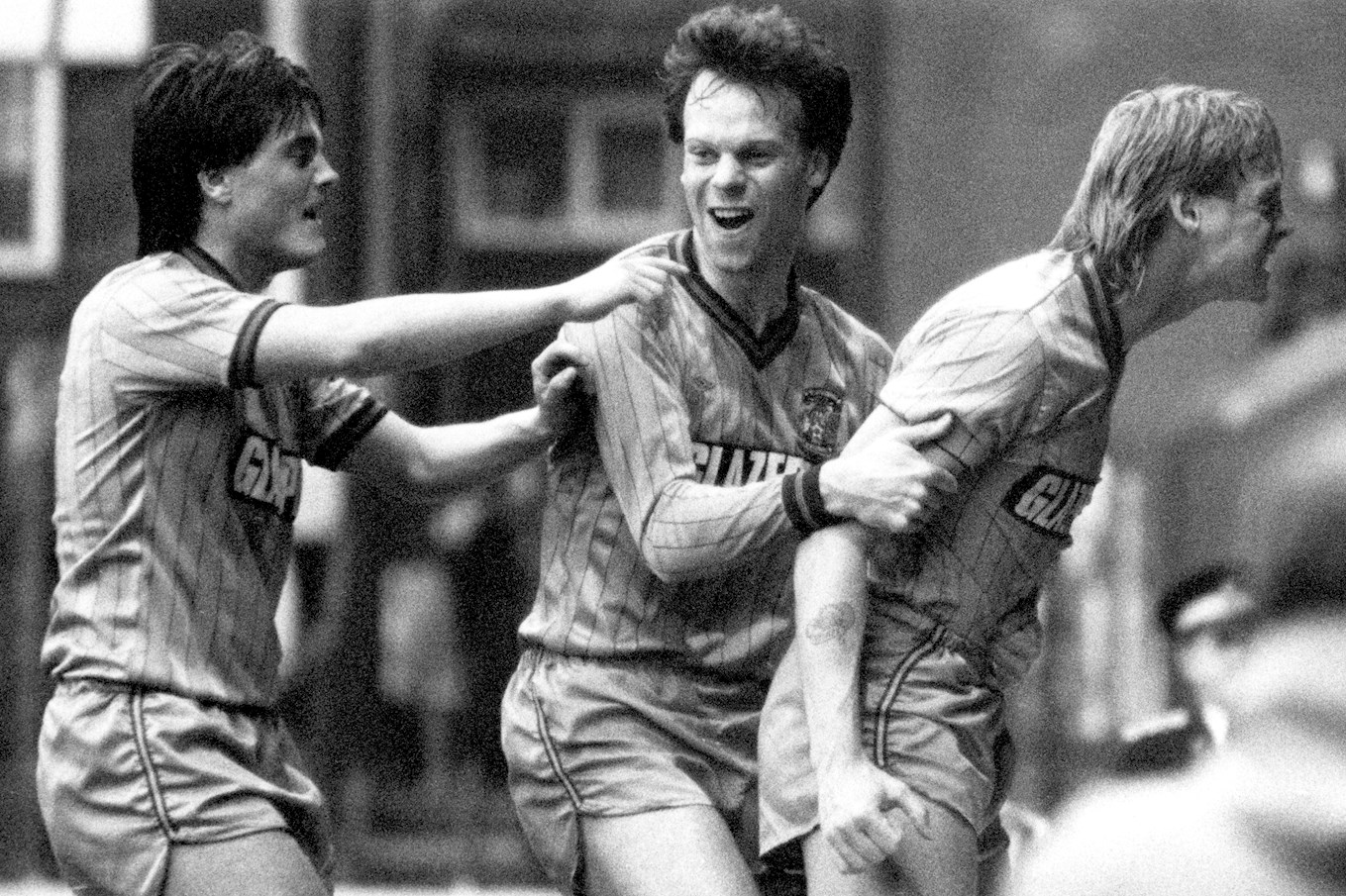 However, they had battled to 1-0 wins at Stoke City and then Luton Town to leave them needing one more win to get – against League Champions Everton.

The Toffees had taken the league by storm that campaign, only losing once since Christmas. They’d also won the European Cup Winners Cup, but a week before their trip to Highfield Road they were beaten in the FA Cup Final against Manchester United. Would Wembley defeat spark a reaction, or were the Everton minds already on the beach?

Howard Kendall’s side were a strong team, built on a solid defence. Neville Southall was at his peak in goal, while Kevin Ratcliffe and Derek Mountfield were uncompromising at centre half. Elsewhere, striker Graeme Sharp was on top form, with great service from Trevor Steven and Kevin Sheedy. However the Toffees lynchpin was future Sky Blues boss Peter Reid, an all action presence in the centre of midfield.

In the event, a long season appeared to have caught up with Everton and they looked tired. Being on holiday would have probably been preferred than being at Highfield Road for an 11:30am start on a Sunday – kick-off being brought forward due to Scotland vs England at Hampden Park. They were also missing regulars Reid, Gary Stevens, Mountfield and Andy Gray – and had nothing to play for but pride.

A goal within just four minutes from Cyrille Regis calmed the Sunday crowd at Highfield Road, a record attendance of 21,596 for the season, with Regis heading home after Kicline’s flick on – the big striker playing his best game since arriving in October. 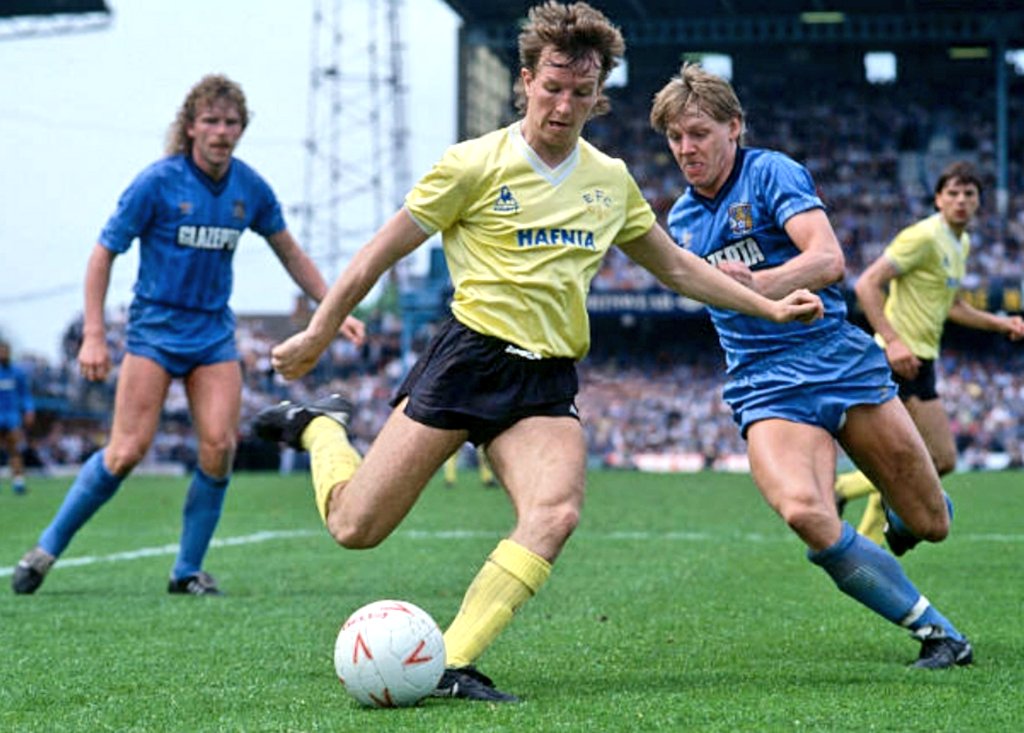 Then Regis turned provider for the second goal, setting up Micky Adams with a pass inside the full-back with Adams hitting a low shot past Southall.

City had more chances to put the match arguably beyond doubt, but Everton pulled a goal back just before the break to increase tensions around the ground during the interval.

Just 90 seconds of the second half had passed when Regis scored another to make it 3-1. Terry Gibson swivelled and fired a shot that Southall could only parry, the ball coming to Regis who made no mistake in applying the finish.

Gibson added another, his 19th of the campaign, to rubber stamp the Sky Blues win with twelve minutes left on the clock, sprinting clear from the Toffees back four to beat the Everton keeper from the edge of the box. 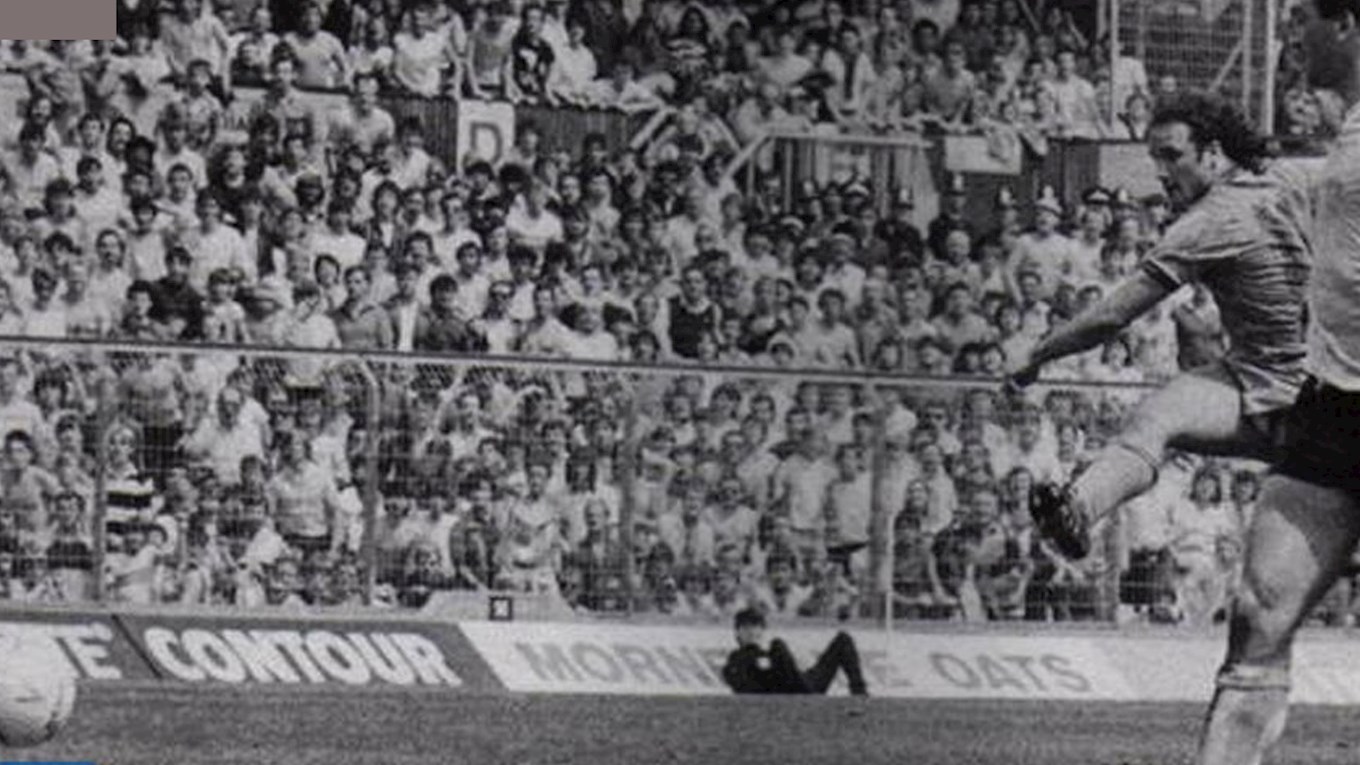 It was a great win and sparked jubilant scenes at Highfield Road as fans poured onto the pitch to celebrate survival and a Sky Blues side that had beaten the odds with 3 wins from 3 games to stay up.

There were not so many euphoric scenes in Norwich. The Canaries had finished their season 2 weeks previously and had surely expected their efforts to have been enough to survive – their protest about Everton fielding a ‘weakened’ team fell on deaf ears.

They had not reckoned on the escaping skills of Coventry City to again beat the drop in unlikely and heroic circumstances.