Before the suspension of football at every Coventry City game, wherever it is played, it has been sung with heart and passion by the following Sky Blue Army. But do you know the origins of the Sky Blue Song?

Written by Manager Jimmy Hill and Club Director John Camkin in 1962, would either man have predicted that nearly 60 years later it is still sung from the terraces?

Jimmy Hill had been manager of Coventry City for a year, and already was forging his reputation as an innovator. He had replaced the Club’s all-white kit with a Sky Blue one, prompting the new nickname ‘The Sky Blues’, and other ideas were in the pipeline such as ‘Radio Sky Blue’ and the Sky Blue Special. 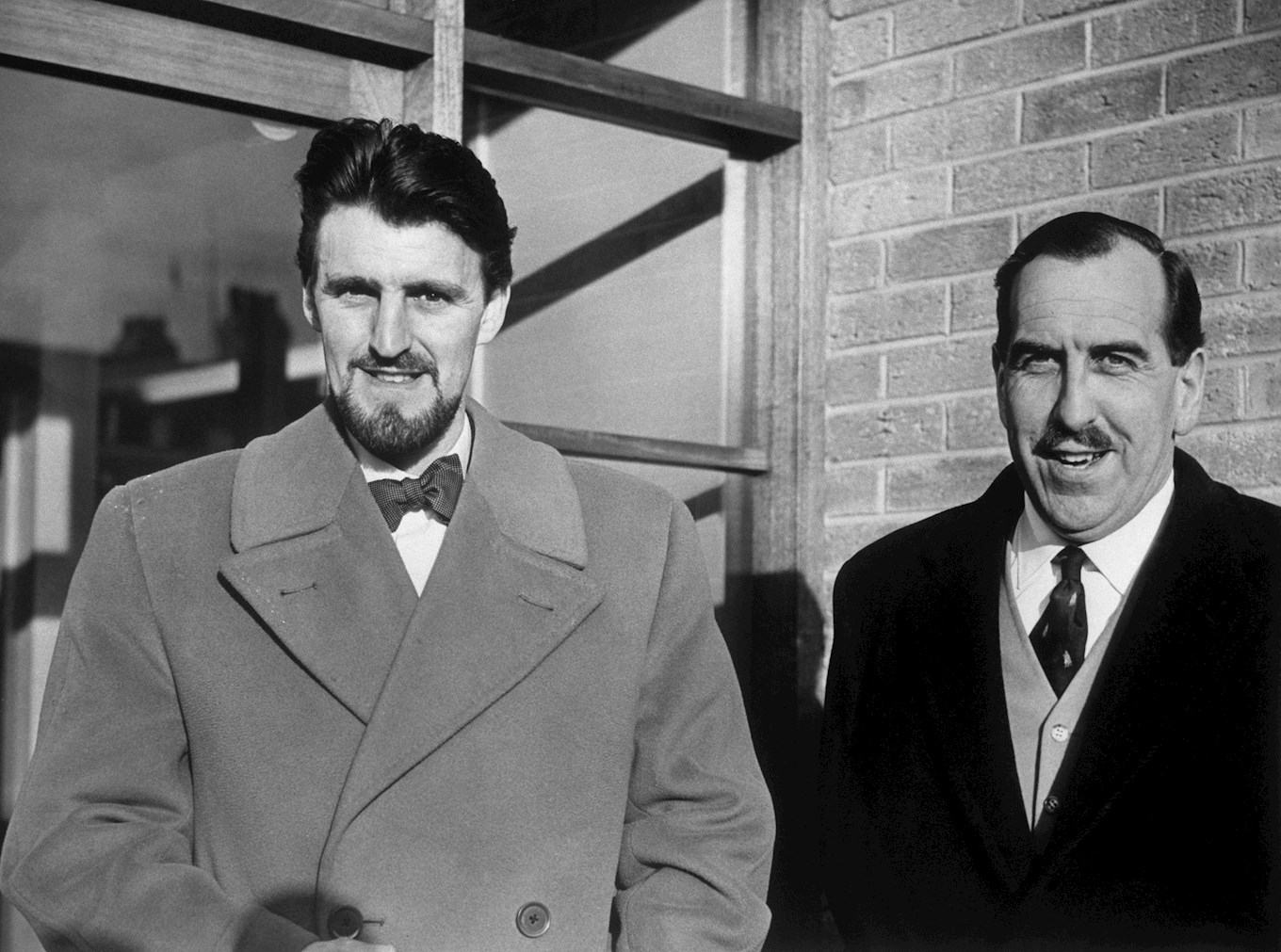 Jimmy then set about creating a club song, something a number of other sides had but Coventry City until then did not.

Hill took inspiration from Tottenham Hotspur and their ‘Glory, Glory, Hallelujah’ song. Having visited White Hart Lane for a European tie, Hill had noted in his programme column the atmosphere the song helped to create and said ‘Talking of Spurs and their song… Just in case we do get into the European Cup – have we a song ready?’ As always, Jimmy was full of ambition and brimming with ideas.

According to Jimmy’s autobiography, he and Camkin sat down at Hill’s home, alongside Jimmy’s wife, and over a few drinks penned the words to the Sky Blue Song.

Those original lyrics were:

Let’s All Sing Together,
Play Up Sky Blues,
While we sing together,
We will never lose.

Proud Posh or Cobblers,
Oysters or anyone,
They can’t defeat us,
We’ll fight til’ the game is won.

The Eton Boating Song was the rousing tune used for the lyrics to be set to. It is the best known of the school songs associated with Eton College, which are sung at the end of year concert and on other important occasions at the school, and it is also played during the procession of boats. The music was composed by Captain Algernon Drummond whilst serving with his regiment (The Rifle Brigade) in Lahore in India. Captain Drummond died in 1932 – 30 years before Hill and Camkin used his tune for get Highfield Road rocking.

As the story was remembered by Jimmy Hill: 'I sat down one Sunday night with John Camkin – a board member and commentator for Anglia TV – and we had a few gins, well we had a whole bottle actually, and he'd heard the Eton boating Song on the radio and said 'Why don't we build around that?'

As City progressed up the divisions, the names of the opponents in the song were changed. Starting with Posh (Peterborough), Cobblers (Northampton) and Oysters (Colchester United), teams whose nicknames were included over the initial years included Walsall, Preston, Wolves and Bolton before in 1967/68 it became:

Tottenham or Chelsea,
United or anyone…

It has remained that way ever since.

The song was unveiled at the home game vs Colchester United on 22nd December 1962. The press conference to launch the song was attended by comedians Frankie Howerd and Sid James of ‘Carry On’ fame, who were appearing in panto at Coventry Theatre, and goes to show the pulling power of Jimmy Hill in celebrity circles at the time and they joined the players to sing the new song. 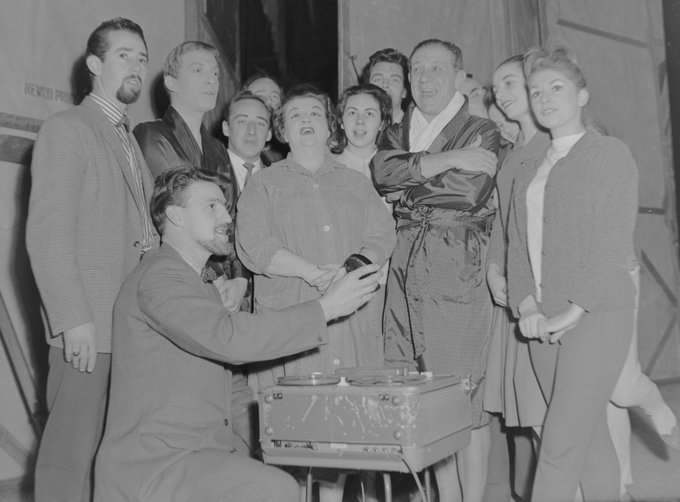 Hill also persuaded big band maestro Ted Heath and his orchestra to record an instrumental version of the song too, which was released as a single.

Hill travelled with Supporters Club secretary and tape recording expert Jack Patience around the factories of Coventry to capture fans singing the song – a version recorded by those at the GEC factory, which is now the site of the Sky Dome, was played at Highfield Road for the game against Peterborough in December 1962.

The song gradually caught on, being heard increasingly from the terraces through the 1962-63 season – in particular a FA Cup replay at White Hart Lane against Portsmouth. 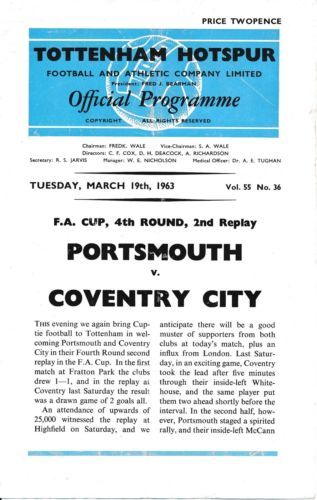 And it continues to be sung to this day week-in week-out, and has been the accompanying sound for many memorable Sky Blues moments – be it Hill leading the fans in singing it from the stands after promotion versus Colchester in 1967 or Hill acting as lead singer again in the final game at Highfield Road or first game at the Ricoh Arena in 2005. 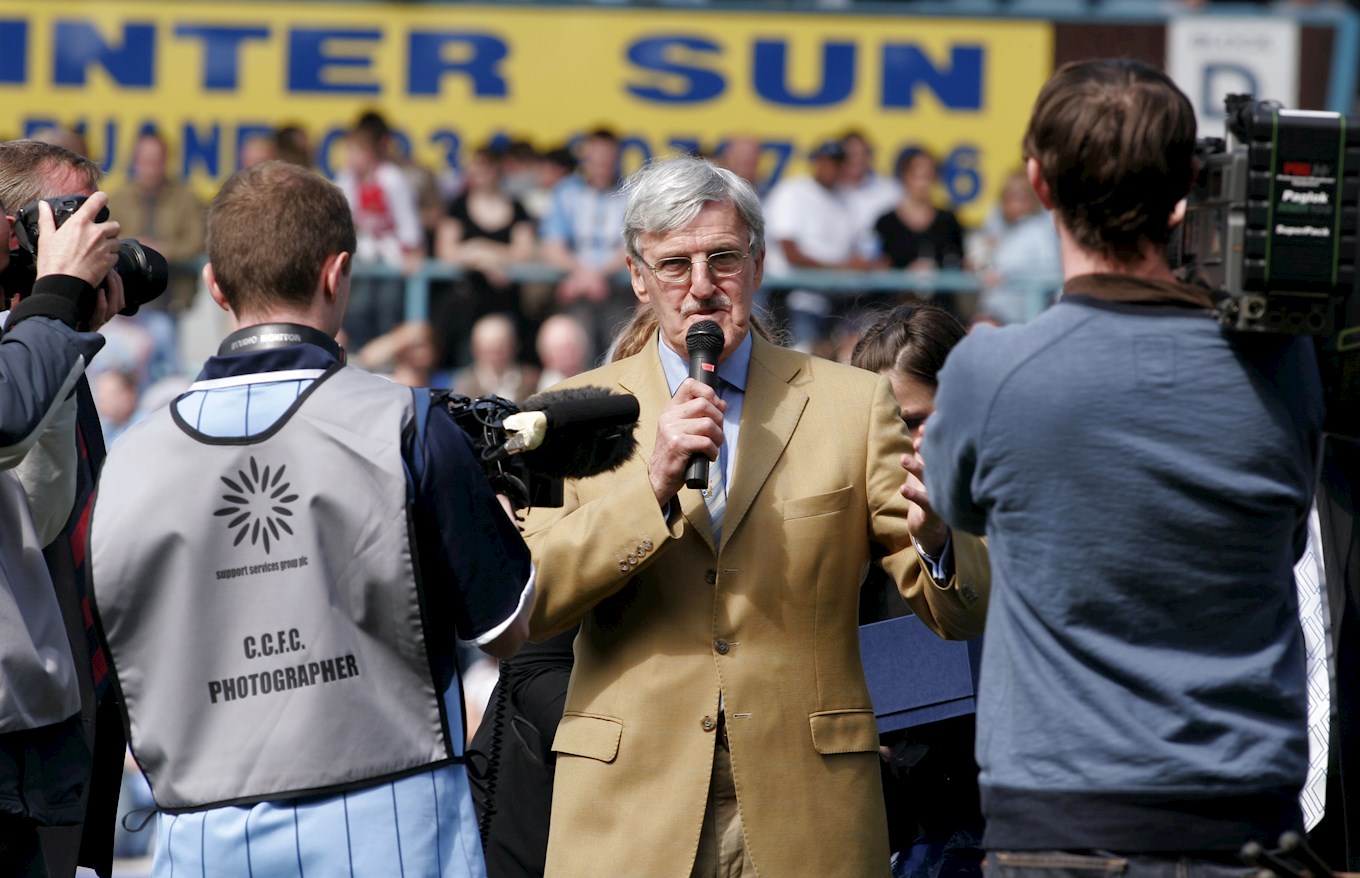 It’s been heard after escapes from relegation, during the FA Cup Final and more recent successful trips to Wembley in the Checkatrade Trophy and League Two Play-Off Final.

Nearly 60 years on, it still is the song that unites the Coventry City faithful each and evert game, and gets a Sky Blue heart beating that bit faster.

While we don't know when it will next be sung at a game, the occasion when it is next sung will no doubt be an emotional one for all Sky Blues supporters. 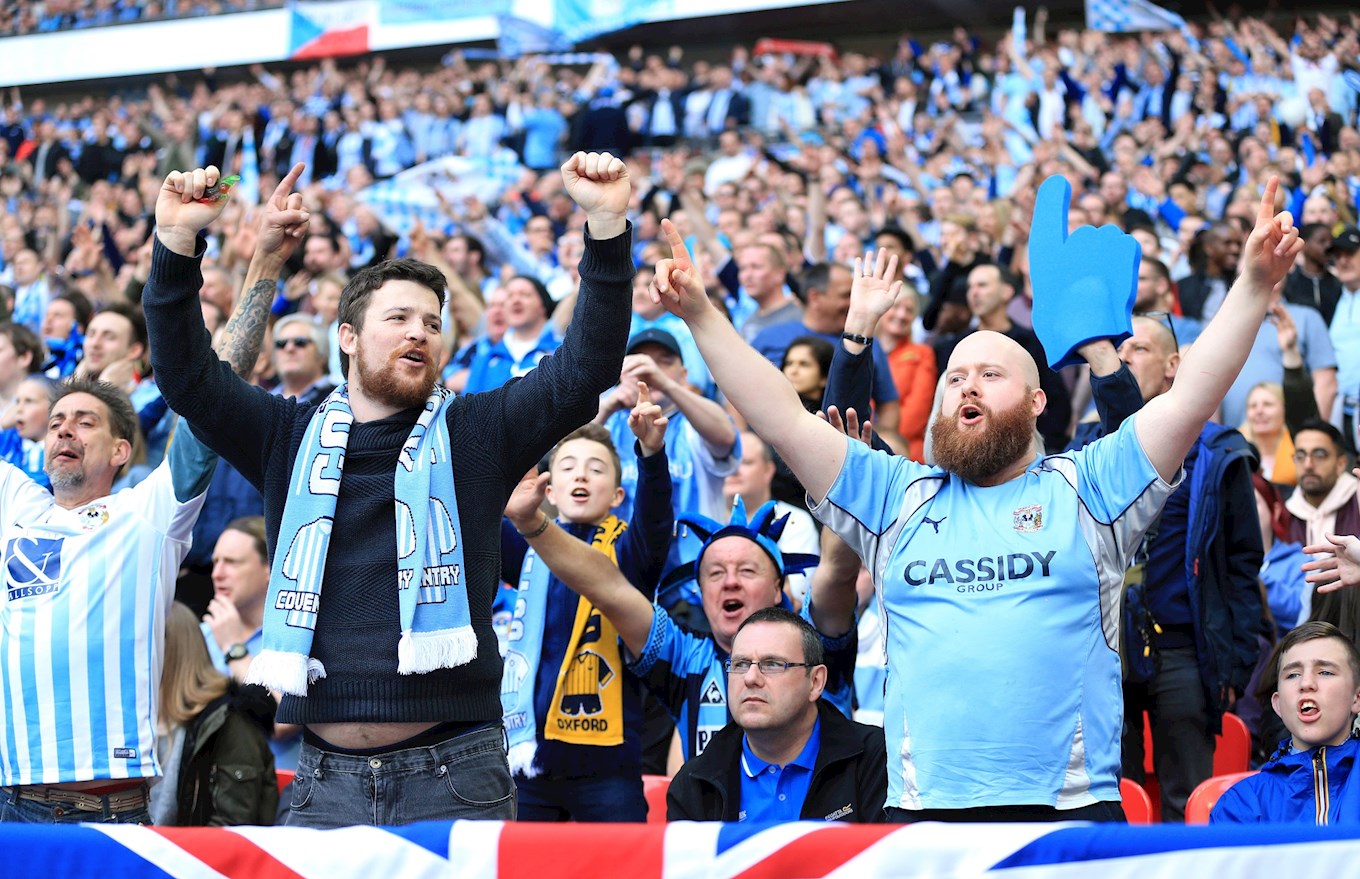