Coventry City’s squad is focused on bringing the Sky Blues their first major trophy in 104 years, when they take on Tottenham Hotspur in Saturday’s FA Cup Final at Wembley.

See how you can watch the Final on 16th May here – with coverage from 2:45pm.

We take a look at the Sky Blues squad who have taken the side this far, ahead of this Saturday’s FA Cup Final…

6ft 4in goalkeeper, signed by Bobby Gould from Shrewsbury for £72,500 in June 1984 and been an ever present in goal since. Oggy finally looks set to make a Wembley appearance, after being on the bench three times with Liverpool. Understudied Ray Clemence and Bruce Grobbelaar at Anfield. Son of a Yugoslav coal-miner, also previously had a spell at Chesterfield. Born in Mansfield, Ogrizovic is a former policeman and Shropshire cricketer.

Liverpool-born right-back who started his career with Everton. He moved to Bolton for £25,000 in March 1983 and has worn the number 2 shirt permanently for Coventry in the last two seasons since an £80,000 transfer from Burnden Park in June 1985. The dependable full back is a major doubt for Saturday after picking up a knee injury in last week’s game against Southampton, which would be a great shame.

Left back and long throw expert for the Sky Blues. His first goal in two seasons with Coventry came in the Third Round 3-0 win against Bolton in January. After six seasons as an established first-team regular at Norwich City, he made the move to Highfield Road in July 1985 – the original fee of £40,000 increased by £10,000 after 50 appearances. Has appeared in all City’s FA Cup games this season.

An England Under-21 player, who can play in defence and in midfield. Comes from Birmingham, and has been with Coventry since a junior, making his first-team bow in April 1984. He has played in three of the five FA Cup matches on the way to Wembley. A renowned man-marker.

6ft 2in captain and central defender, who has proved a bargain acquisition since signing from Notts County for just £60,000 in June 1984. Nottingham-born and a product of County’s youth set-up, he made 150 appearances for them. An uncompromising defender, he has missed 14 games this season because of a hamstring injury. Has played in all City’s FA Cup games this season.

Played under the Spurs Manager David Pleat at Nuneaton Borough. In a league career with Lincoln and now Coventry, he has continued to impress. He is the elder statesman of the City squad at the age of 30. Was 26 before he made his First Division debut, following a £100,000 move from Lincoln to the Sky Blues in June 1983. Voted Coventry’s Player of the Year last May. A composed and stylish defender, Peake has played in all of the Sky Blues’ FA Cup games this season.

Clever, dribbling winger whose semi-final winner against Leeds United earned the Sky Blues’ place at Wembley on Saturday. Began his career with Man City, and was on the losing side for them against Spurs in the 1981 FA Cup Final. Joined Coventry from Cardiff for £100,000 in July 1983. Bennett scored twice when City beat Spurs 4-3 at Highfield Road in December.

Versatile Welsh international midfielder whose career began with Plymouth Argyle, he can also be deployed in defence. He starred in the Argyle side that reached the FA Cup Semi-Final in 1984, then moved to Man City for £100,000. Joined Coventry last May in a part exchange deal, comprising £50,000 plus goalkeeper Perry Suckling.

England striker (4 caps) who is having by far his best season since Coventry signed him from West Bromwich Albion for £300,000 in October 1984. Was twice a semi-final loser twice with Albion in 1978 and 1982. Scored the last-minute winner when the Sky Blues beat Spurs 4-3 in the league back in December. The strong, powerful forward has started all of the Sky Blues’ games on the way to Wembley.

A much-travelled striker, having had spells with Hartlepool, Leyton Orient, York and Scunthorpe before joining Coventry for £60,000 last June. A specialist in FA Cup goals – two seasons ago, his last-minute penalty for York knocked out Arsenal. This season, he scored the winner at Man United in round four, two in the quarter-final against Sheffield Wednesday and a semi-final goal against Leeds United. Missed the Third Round tie against Bolton, but played in each game of the run since.

Newcastle-born winger. Played at Wembley for Sunderland two years ago in the Milk Cup Final against Norwich City – a memory he will want to put right with the Sky Blues this Saturday. Moved from Roker Park to Highfield Road in January 1986, for a fee of £120,000. Capped by England at Youth, Under-21 and senior level. Played in all five of the FA Cup games this season so far.

5 foot 5 midfielder, Gynn was the ‘super sub’ when he scored the vital semi-final equaliser within minutes of being sent on against Leeds United. Will he be back on the bench or in the starting line up on Saturday? Bobby Gould signed him for Coventry in August 1983 for £60,000 from Peterborough, where he was born.

Powerhouse midfielder whose arrival from Rotherham last October (£40,000 plus two players in exchange) was influential in Coventry’s revival. However, a knee injury put him out of the FA Cup 5th round, quarter final and semi-final. Spent four seasons with Stockport before moving to Rotherham.

Utility player in his first season as a professional, a product of City’s youth scheme. If he plays on Saturday, he will be the youngest man on the field. Turns 19 on 26th May. Made 15 consecutive appearances from November to January, and has played as sub in the round 5 and 6 ties in the FA Cup this year. Born in Enfield, his father played full-back for Wealdstone.

Took charge last April (from executive director) and was appointed MD a year ago on Sunday. Was City’s “Iron Man” centre-half in more than 500 games from 1959 to 1969 in five divisions. Ended his career with Aston Villa. Born in Dover, he returned to Coventry initially as commercial manager and works in tandem with Sillett.

Returned to the Sky Blues again 15 months ago and now brings them to Wembley, and one of the great characters of the game will lead the side out on Saturday. Began in 1954 as a rugged Chelsea full-back, partnering elder brother Peter. Played for Coventry (1961-65), then Plymouth. Coached Bristol City and managed Hereford (1974-78) before re-joining Coventry initially as scout then assistant coach then departing – returning in 1985. Took charge last April of the first-team alongside Curtis as MD, with Sillett the man on the training field as Chief Coach.


In a feature first published in PUSB, writer Rob Mason investigates international players who represented their country while on Coventry’s books - this time, it's Stern John! 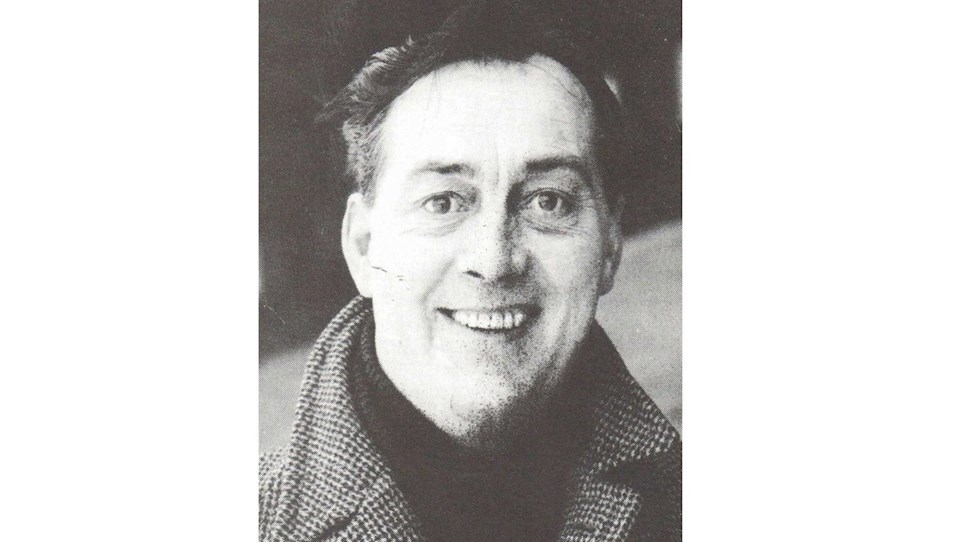 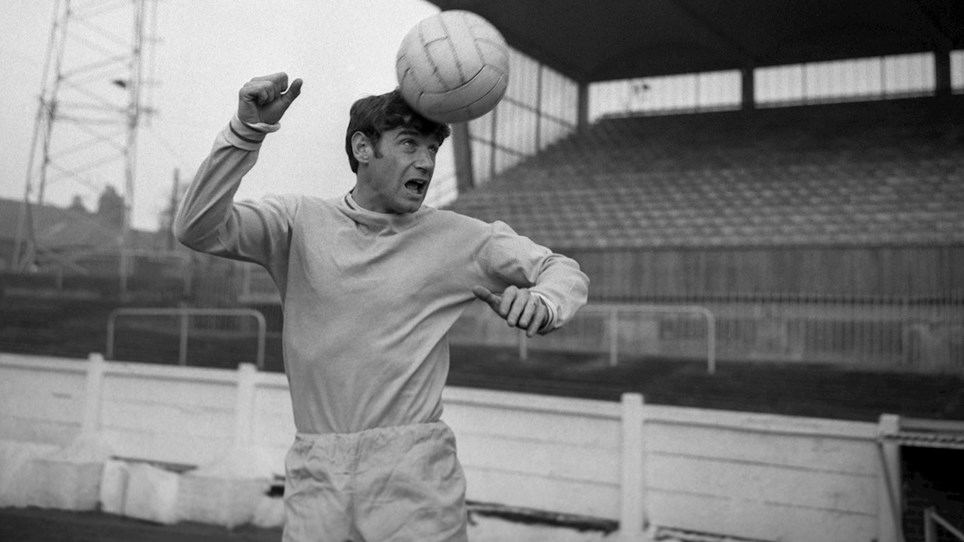 
In a feature first published in PUSB, writer Rob Mason investigates international players who represented their country while on Coventry’s books - this time, it's Gerry Baker! 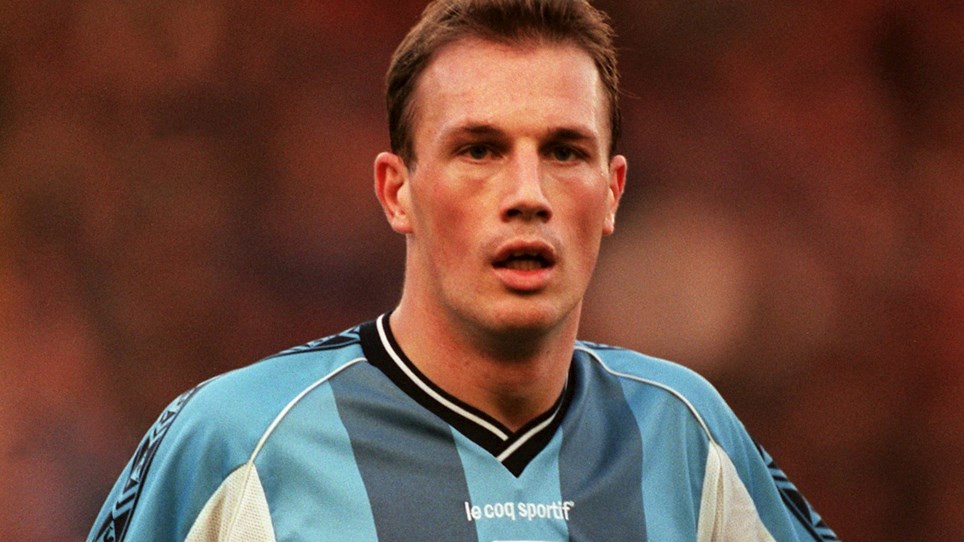 
In a feature first published in PUSB, writer Rob Mason investigates international players who represented their country while on Coventry’s books - this time, it's Philippe Clement.