Other than for caretaker spells, Eric Black has not managed any club since being sacked by the Sky Blues in 2004. The Scot had done well at Highfield Road but evidently not well enough for the powers that be, who were looking for a more high-profile supremo as the final season before the move to the Ricoh Arena approached.

You have to be careful what you wish for. Black had finished with a flourish. Starting with a goal from Michael Doyle, Coventry had won Black’s final game 5-2 away to Gillingham! His last six home games had brought four wins and a draw- three of those victories seeing four goals scored. Eric had only been in charge for not quite five months, yet that 5-2 win at Gillingham was not his best away win. There had been a 6-1 victory at Walsall which featured a five goal second half rout.

In total, Black won two more games than he lost, 12 to 10 with four draws in his 26 matches in charge, his league record being 11 wins three draws and nine defeats. The FA Cup had brought a home win over Peterborough followed by a draw and a defeat against Colchester. Eric’s league record was damaged by a run of five losses in six games shortly before his demise. Only one of that poor run of losses was at home in a sequence punctured by a handsome 4-0 home win. 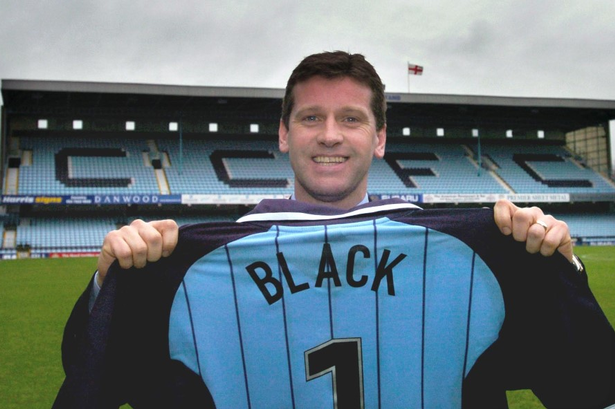 Black hadn’t intended to manage the Sky Blues. He had arrived as a coach 18 months before being asked to take over, initially as caretaker on 12 December 2003 when Gary McAllister needed to spend more time with his seriously ill wife. Three days after Gary Mac announced he was stepping down permanently on 12 January 2004, Black was appointed as manager with chairman Mike McGinnity telling the club website, “Although we had a number of applications for the post it was clear from day one Eric was our first and only choice and we’re delighted he has accepted our offer. We have no doubt Eric has all the right credentials to be an excellent manager for Coventry. He is a top coach and a thoroughly professional individual who has already helped to achieve a tremendous amount here. We look forward to continuing our work with him.” 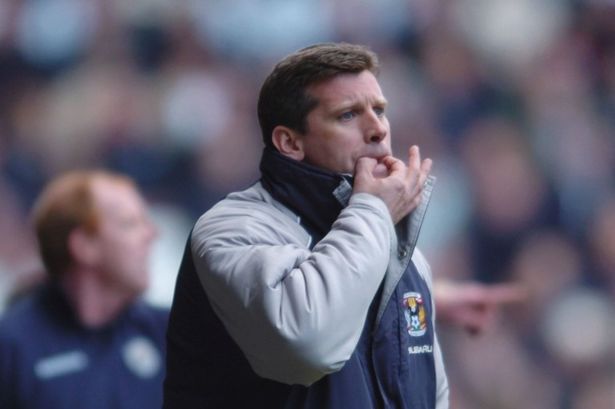 Despite taking 37 points from 23 games, Black was dispensed with before the season was over with Coventry having missed out on a chance of the Championship Play-offs. Chairman Mr. McGinnity explained, “We feel inconsistency has been a major issue for the team over recent months and that we need a new face to drive the club forward particularly considering our move to a new stadium in August 2005.” Black was replaced by Peter Reid.

Having been 17th when Black took over, and having seen the side trying and sometimes succeeding in playing open attacking football, supporters felt Eric deserved the opportunity to carry on. Many in the crowd of 22,195 at the remaining game of the season wore black to demonstrate support for the outgoing manager as Crystal Palace were beaten, as City ended in 12th place. Palace were left in sixth place but were promoted via the Play offs.

The flair Black sought to bring to the Sky Blues stemmed from his own career as a striker. Born in Bellshill, south-east of Glasgow; the same place that produced Black’s pal Ally McCoist, Eric started his career at the other end of the country to the Glasgow giants, beginning in the north-east with Aberdeen where the manager was Alex Ferguson. Just 17 when he first appeared for Aberdeen on 25 January 1981, Eric featured in a 7-1 win over Aberdeen University in the first round of the Aberdeenshire Cup but there would be much bigger games to come.

Breaking into the Dons’ league side the following season a first goal came on his league debut as he opened the scoring in a 1-1 draw with Dundee United. Team mates that day included fellow future Sky Blue supremo Gordon Strachan. Second and third goals against Hamburg in the UEFA Cup and Rangers in the league illustrated Eric’s taste for the big occasion a year before he sprung to fame when still a teenager after heading the opening goal against Real Madrid in the final of the European Cup Winners’ Cup, as Ferguson took a major European trophy to Scotland. Real Madrid didn’t faze Eric – that goal against Hamburg the previous season had been scored against a defence marshalled by veteran Franz Beckenbauer!

Playing under Ferguson there was no chance of Black getting ahead of himself. Fergie was the master of keeping any up and coming star’s feet on the ground. If Eric expected a well done for scoring his first career hat-trick against Celtic instead he got the ‘hair-dryer’ treatment for his overall performance! Just to make certain, Fergie even added to his teenage striker’s responsibilities by occasionally making him baby-sit!

He would win three league titles in a golden age for Aberdeen where in addition to the European Cup Eric also won the Scottish Cup four times and the League Cup for good measure.  In total Black scored 70 goals in 150 starts and a further 30 games off the bench for Aberdeen. His most productive season came in his penultimate season with the Dons when he hit 20 goals in 35 games in 1984-85.

That taste for the big occasion never left Eric. He scored in six of the eight cup-finals he played in. Three of those finals were for the French club Metz who he joined in 1986 only to have his career curtailed by back problems at the age of 28 after 26 goals in 85 games. What also never left Eric was his sense of humility and discipline. Once faced with a French speaking player pretending he couldn’t speak English in order to avoid doing an interview with me, I had a word with Eric who was coaching at the club I was working at. Within five minutes Eric had hauled the player out of the dressing room, had sat him down in front of me and helped me out by translating in his fluent French. It wasn’t just at Coventry where he was a popular guy. Intelligent, personable and approachable, people I have come across in the game who know the former Coventry boss only have positive things to say about him. 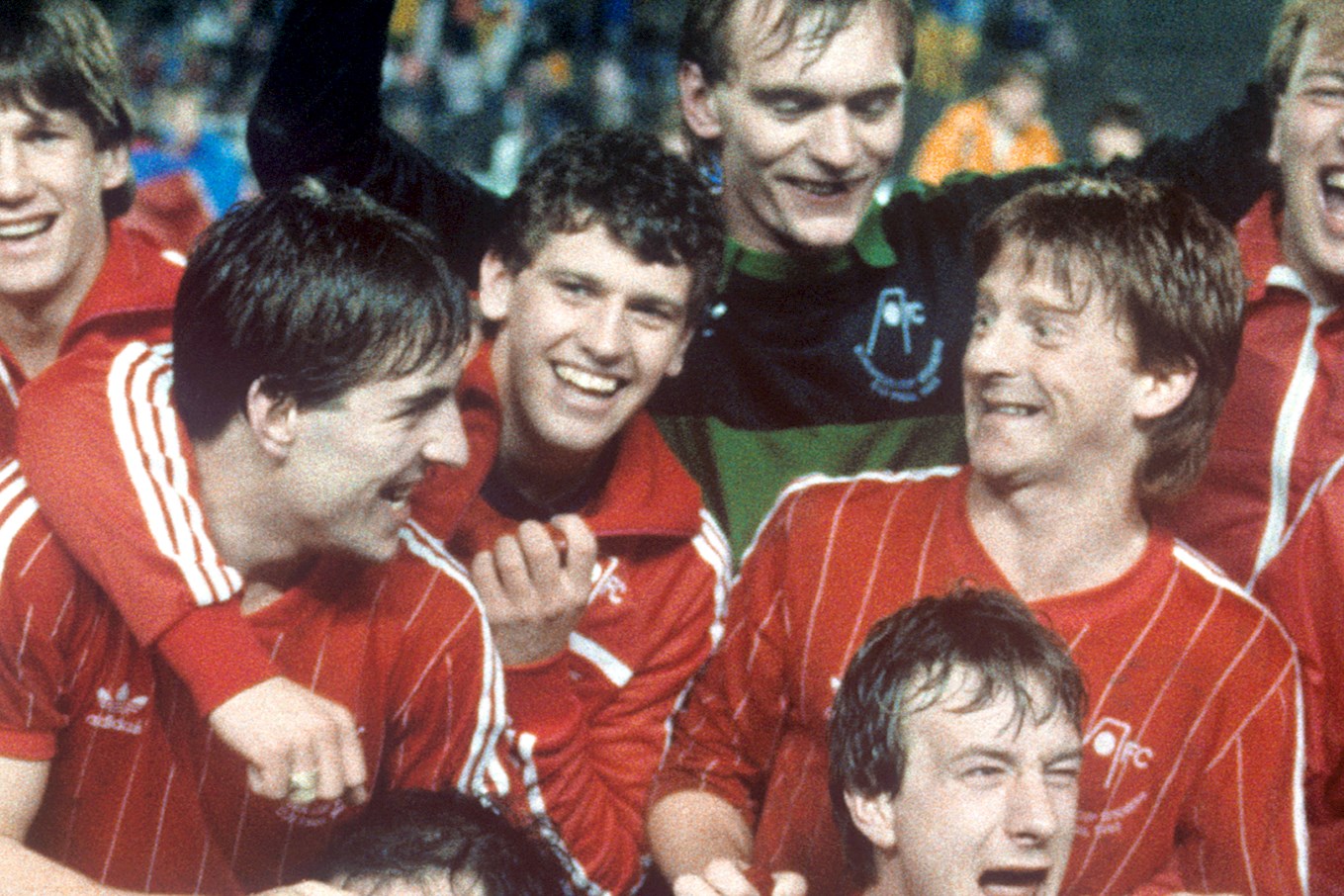 Having worked for Ferguson, Black came close to playing for Arsene Wenger. Prior to moving to Metz he signed a long-term contract with Monaco having discussed the move with the future Arsenal manager. Unfortunately for Black the contract was null and void if Wenger’s own move to Monaco didn’t go through and when Nancy blocked the manager’s move, it was Metz not Monaco that was Eric’s next stop.

Had Black’s Monaco move gone through a team-mate would have been Claude Puel.  Belatedly Black did team up with Puel, becoming coach to Puel in Eric’s most recent job in football at Southampton.

Prior to that Eric had become ensnared in claims of corruption. After allegations aired in the Daily Telegraph, Eric received a letter from the City of London Fraud Squad confirming he had no case to answer. Talking to The Times of a terrible time that related to a meeting with Scott McGarvey, an agent Eric had known since before the days of his debut with Aberdeen, he explained that, “I was there two hours and it’s edited into 90 seconds. They took answers and put them with different questions. It seemed to have me drinking champagne – I had an espresso. My lawyer tried for three months to get the full tapes released. Southampton the same. We can’t get them. That tells you enough, really.”

As things stand Eric has been out of the game since 2016 and who knows if and when he will return, health allowing. He has had a spell out of the game before after finishing as a player. A career involved in tourism beckoned before Craig Brown attracted him into a coaching route that eventually brought Black to Coventry. 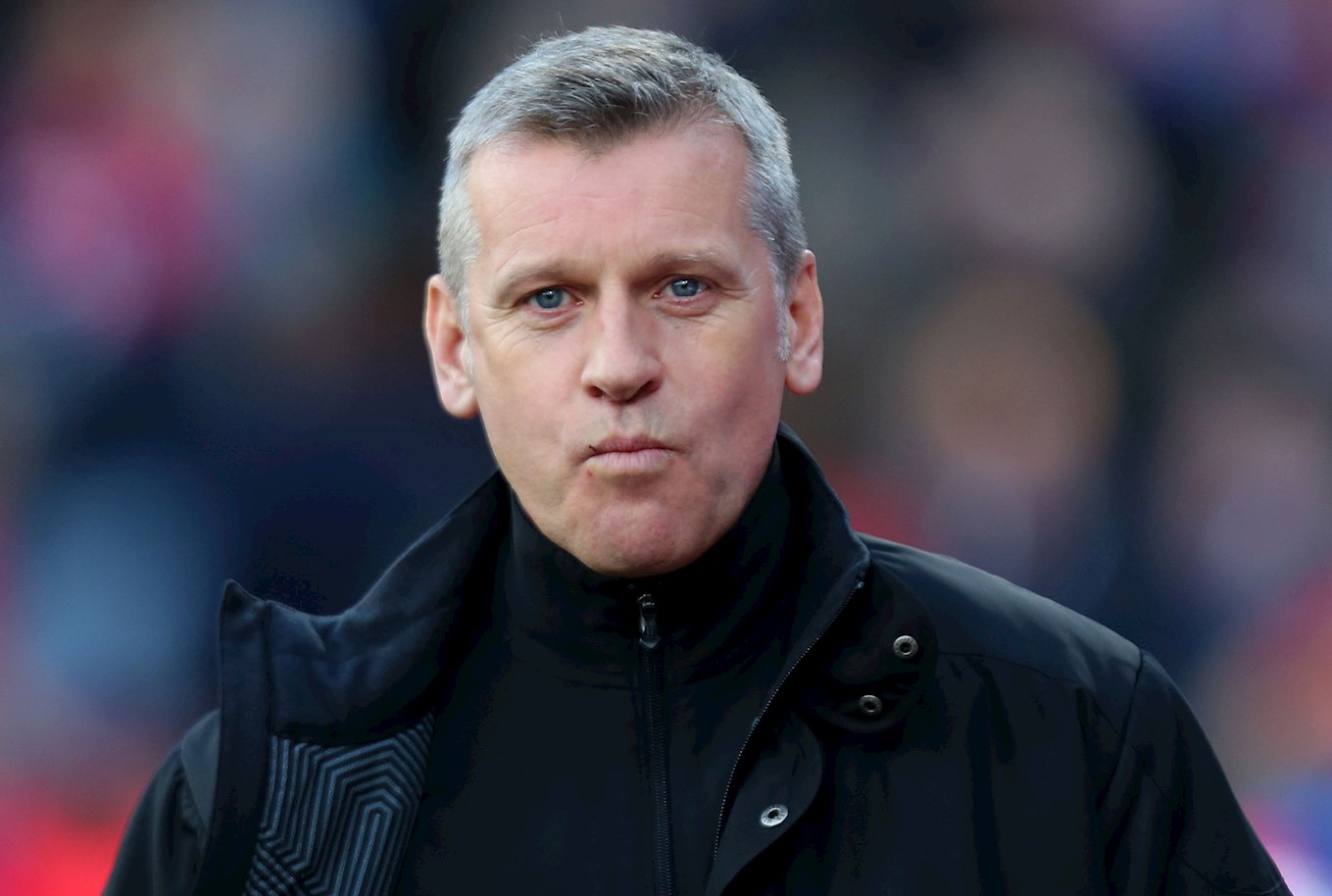 It was a varied and often troubled path. Coach at Celtic under John Barnes he became manager of Motherwell in October 2001. Starting with two trips to Dundee, drawing at Tannadice and losing at Dens Park, a first home game against Dunfermline was won but it would be one of only seven wins in 27 games in charge, 16 of which were lost. He was sacked two games before the end of the season and replaced by former Coventry manager Terry Butcher.

When Eric came to Coventry himself he made a connection with his early days by bringing in Archie Knox as his assistant. The younger brother of Jimmy Knox who managed Rugby Town, AP Leamington and VS Rugby, Knox had been Black’s coach as a player at Aberdeen – indeed the young Eric had had babysitting duties for Knox as well as Ferguson.

It was after leaving Coventry that Eric teamed up with Steve Bruce who he would work alongside as assistant manager at Birmingham City, Wigan Athletic and Sunderland.  The pair split up after their time in the north-east with Eric’s next stop taking him to Blackburn Rovers as Steve Kean’s assistant. By 2014 Black was advising his former Birmingham player Barry Ferguson, who was managing Blackpool before taking up a first team coaching role at Rotherham United. That stint lasted six months before he switched to the same role at Aston Villa.

At Villa, as at Birmingham, Sunderland, Blackburn and Rotherham Eric experienced being caretaker manager. He won two of his six games at Blackburn, lost six and drew one of his seven games in charge of Villa while at Birmingham, Sunderland and Rotherham he lost the only game he was in charge of each club. In total, only nine of the 43 games Eric has overseen away from Coventry City have been won.

Clearly Coventry was Black’s best time as a number one, while as a coach or assistant manager he has always been accomplished on the training pitch and popular with his players. In 2016 he combined his time at Southampton with being drafted in to coach the Scotland national team under interim manager Malky Mackay.  Amazingly given his ability, Eric only got 49 minutes on the pitch as a Scotland player. In September 1987 Andy Roxburgh gave him the last half hour of a 2-0 win over Hungary while three months later he came on for Pat Nevin for the final 19 minutes of a goalless draw that gave Luxembourg their only point of the Euro ’88 qualifying group. 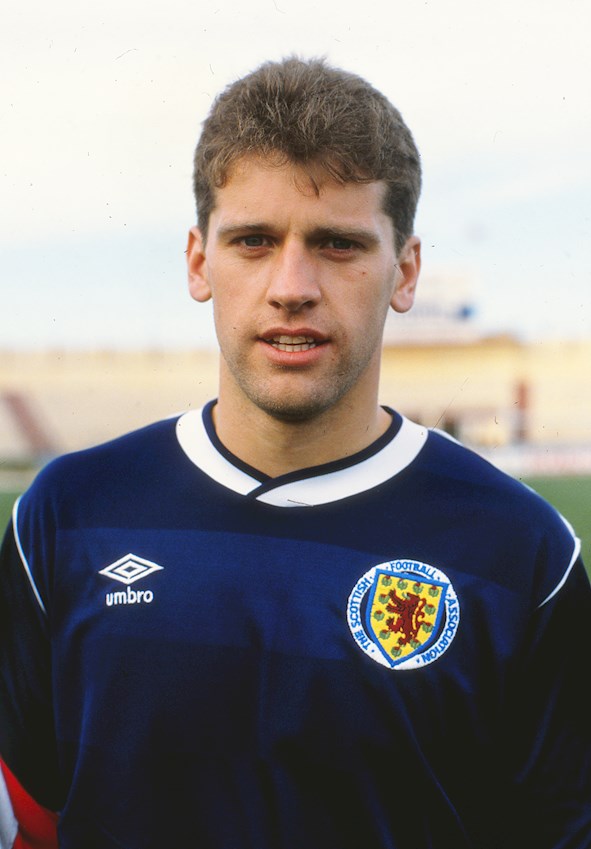 For a player of Eric’s talent that was a meagre return. Given how his career was cut short and how currently he appears potentially lost to the game at the age of just 56, it seems as if there should have been much more to the Eric Black story – especially perhaps at Coventry.