In a feature first published in PUSB, writer Rob Mason investigates international players who represented their country while on Coventry’s books - this time, it's Gary Breen!

Gary Breen played over 100 times for each of today’s clubs, the only two of his ten teams he reached that total for. He played at the 2002 World Cup just after leaving Coventry and later re-united with his international manager Mick McCarthy at Sunderland, captaining the Wearsiders to the Championship in 2005.

A Londoner by birth and accent, Breen was a proud Irishman as was his manager, a Yorkshireman by birth and accent! Breen would have been at ease at Coventry’s current home. He joined the Sky Blues from Birmingham City for £2.5m in January 1997 after a year with the Blues. Having been a youth player at Charlton he had made a league debut for Maidstone United and climbed the football ladder with Gillingham and Peterborough before coming to St. Andrew’s.

With Coventry, Gary’s partnership with Richard Shaw in central defence proved to be highly effective, Breen later taking the accolade as Coventry’s Player of the Year in 2001. Debuting for Gordon Strachan’s Coventry at Sheffield Wednesday he played his part in a goalless draw and soon established himself as a vital member of the Sky Blues. 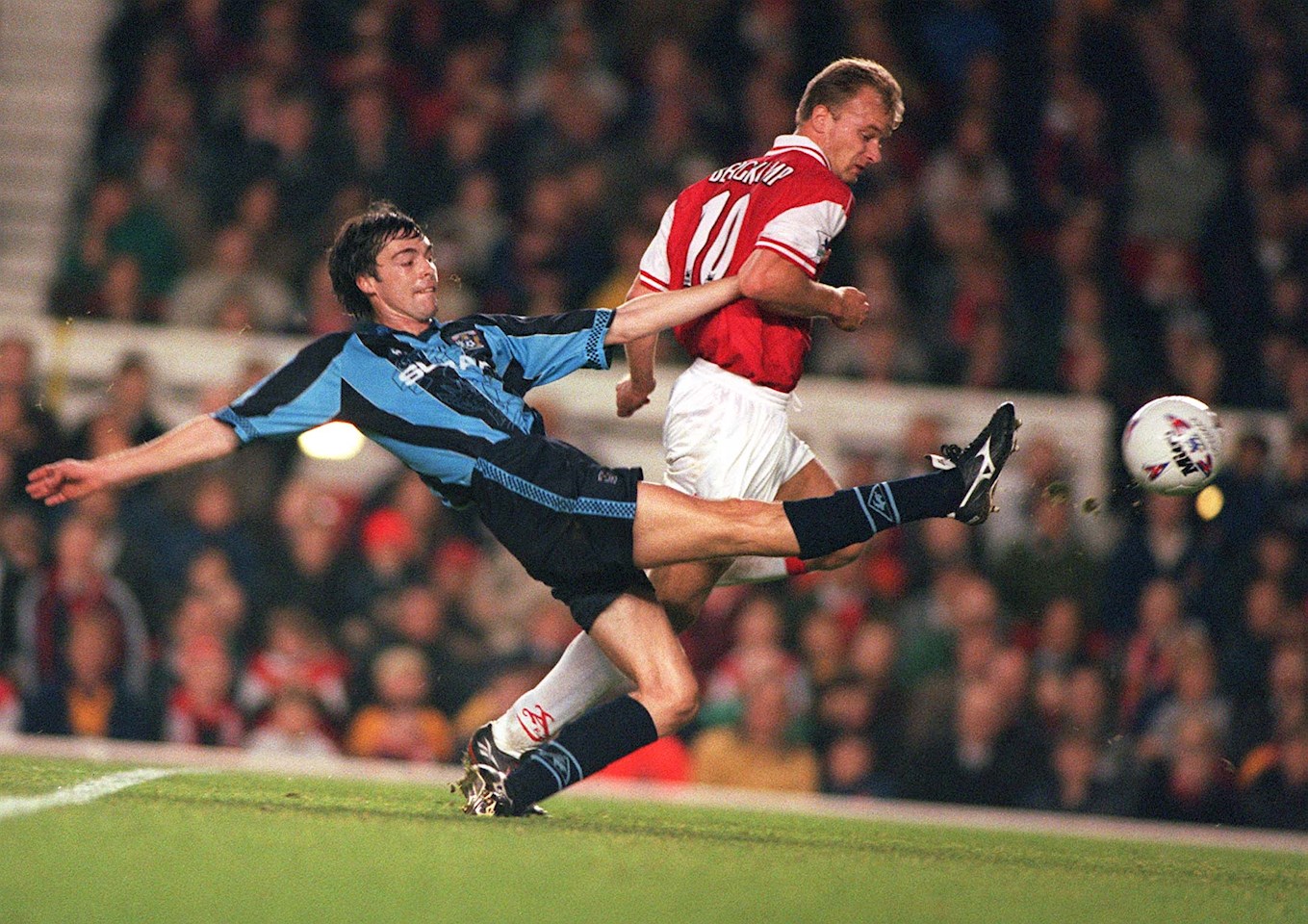 Before the end of his first season Breen had joined the ranks of those capped with Coventry but it was a disappointing night for the Irish as they lost a World Cup qualifier  3-2 against Macedonia - a country who had previously only beaten Liechtenstein and Cyprus in their six years playing international football.

That would be the first of 22 Irish caps Breen won with Coventry out of a total of 63 international appearances, while two of his seven goals came while he was with City.

He had made his international debut as a Birmingham City player in May 1996, coming on as a late sub in a 0-1 home Friendly defeat to Portugal in Dublin. Three days later McCarthy handed Breen a full debut in a 2-2 home draw with Croatia and just three days after that Gary got his first goal, heading the Irish into the lead against the Netherlands in Rotterdam albeit the Dutch came back to win 3-1. 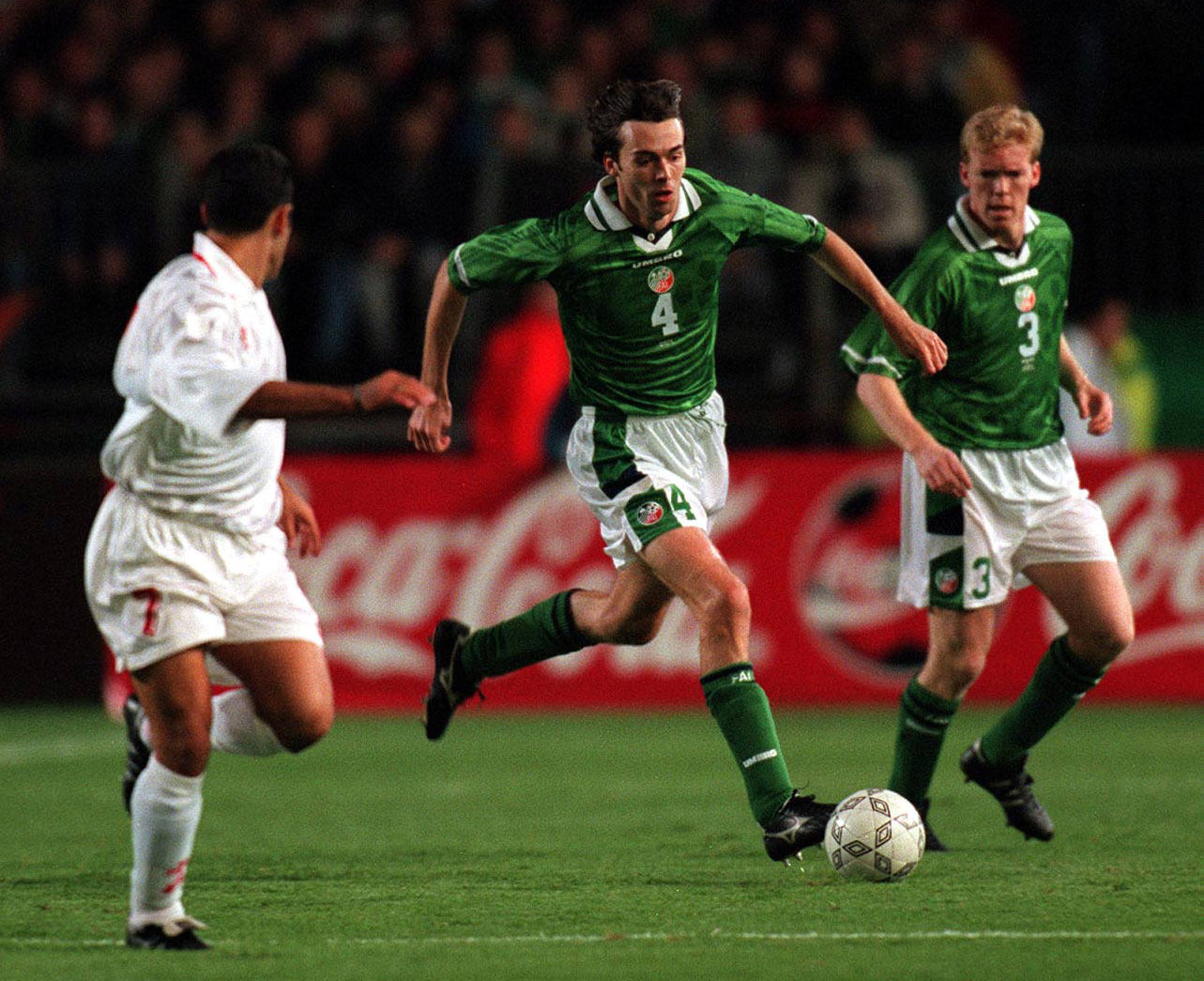 Breen had to be patient in waiting for a second cap as a Coventry player. It was October 1998 that he featured in a European Championship qualifying game at home to Malta, marking his return with the final goal in a 5-0 victory. The following month Gary’s defensive attributes were more in demand although he was on the losing side as the Irish went down 1-0 in what was Yugoslavia in another qualifying game, and while he helped achieve a clean sheet in a 2-0 home win over Sweden, that was a friendly.

There were eight caps in the 1999-2000 season, half of those after Coventry’s league programme was completed. The first of them came three days after he played for Coventry in a draw at Sunderland, playing in a 2-1 home win over Yugoslavia in September while the following month Breen played in two draws with Turkey with another cap won against Greece in April before end of season games against Scotland and games in the USA against Mexico, South Africa and U.S. Cup hosts, the USA. 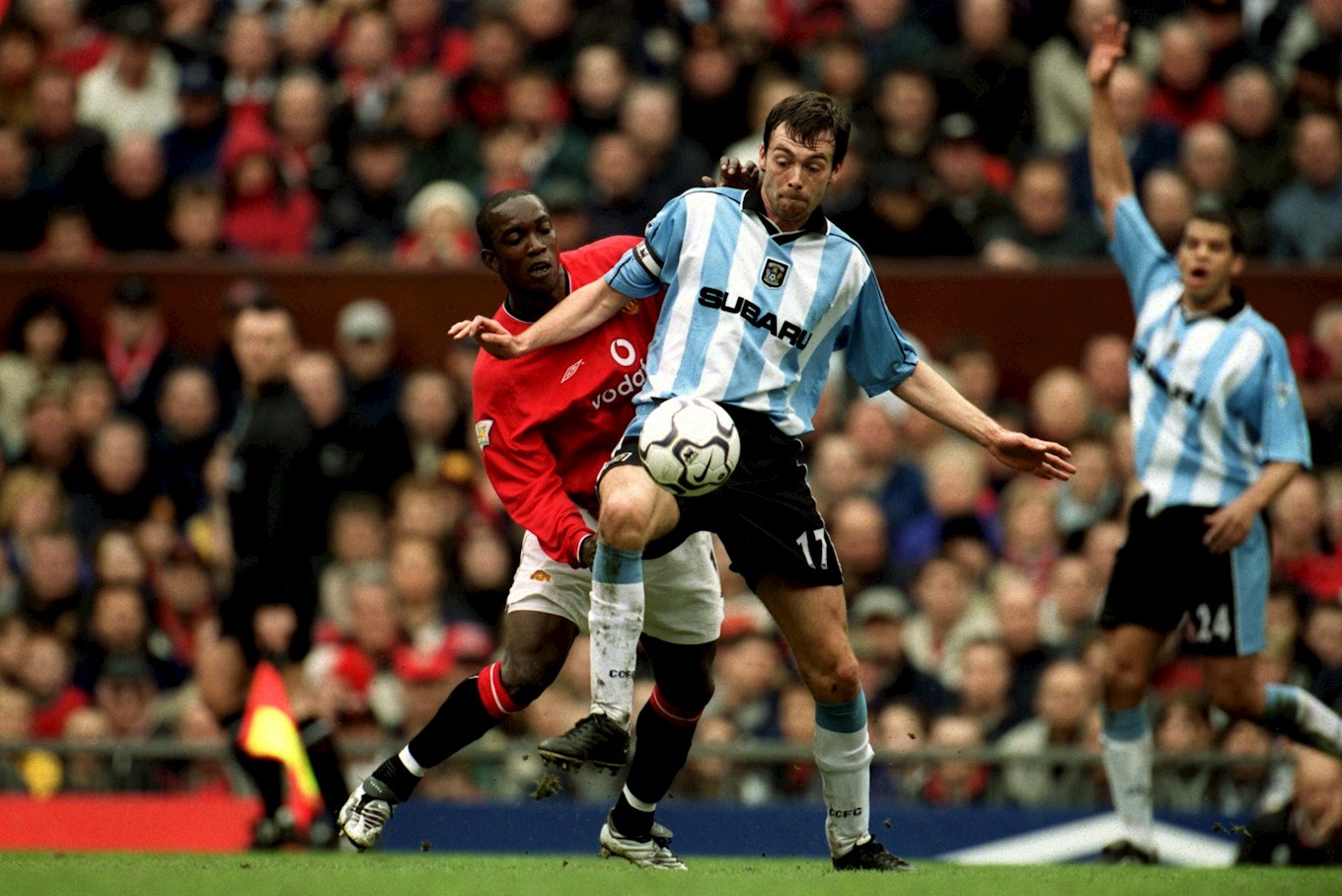 The 2000-01 season was a sad one for Coventry who were relegated from the Premier League but Breen’s form ensured he was still regularly adding to his tally of caps, winning six more across the campaign. In contrast to his club results, Gary was part of a side that earned a draw with Portugal in his first international of the season and then won five internationals in a row. He scored in the last of these, a 3-1 World Cup qualifying game against Andorra.

In what was Gary’s last season with Coventry, in the Championship in 2001-02, Breen played in a World Cup qualifier against Cyprus, a 4-0 win, before he played in two massive games against Iran in World Cup play-offs. Taking a 2-0 first leg to Tehran in front of a crowd of 100,000 Breen was part of a defiant backline who kept the Iranians at bay for 90 minutes when they conceded a last minute goal but held on to win through to the finals.

The last of Gary’s ‘Coventry caps’ came in a friendly against Russia in February 2002 but by the time he got to the tournament he had been released by the club and was officially recorded as being with no club rather than a Coventry player at the World Cup where he was vice-captain of the Republic. 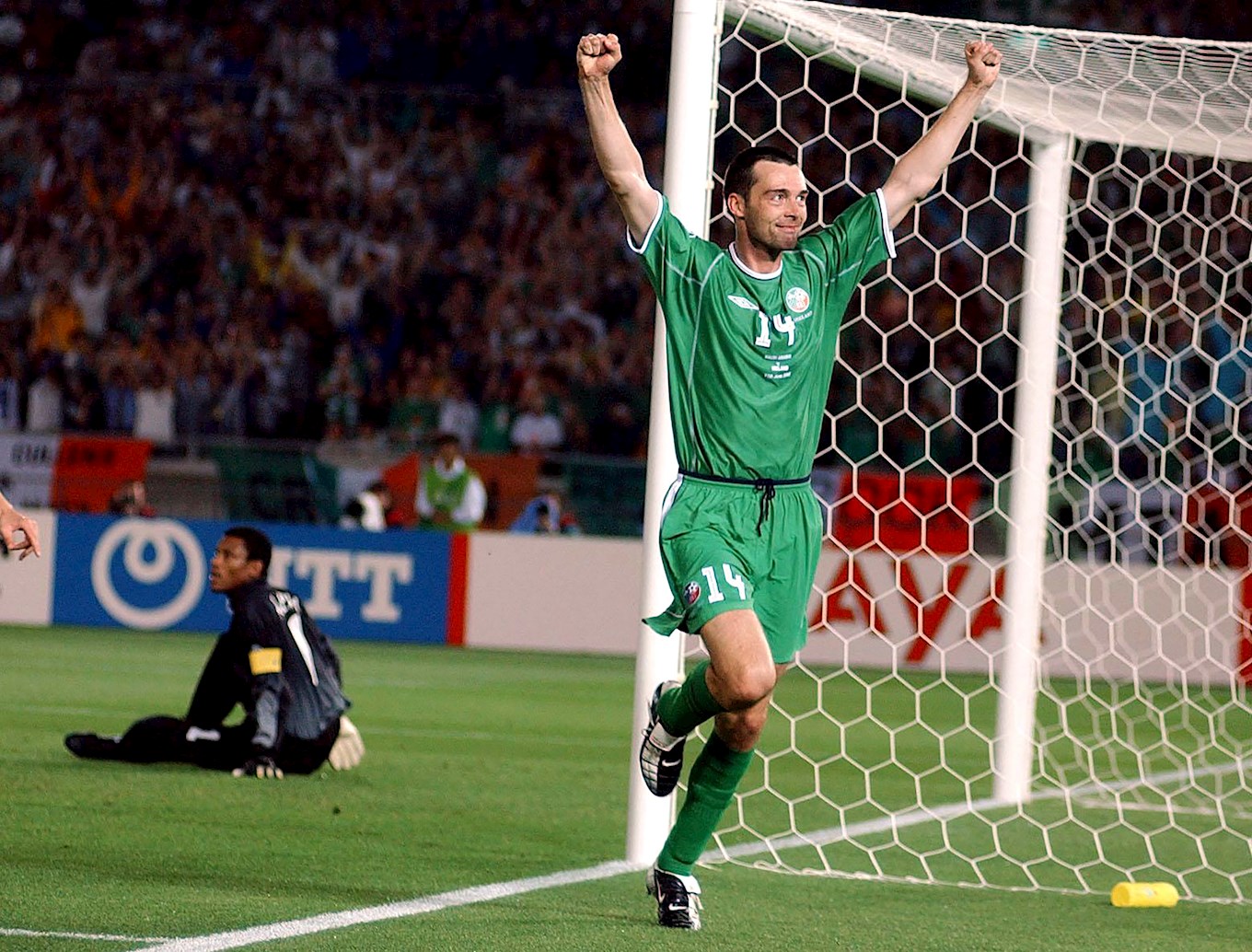 Gary got a goal in the finals, scoring in a 3-1 win against Saudi Arabia after impressing in 1-1 draws against Cameroon and Germany. Victory over Saudi Arabia took the Irish through to the knock out stages where he was outstanding in a 1-1 draw with Spain. For all the shenanigans that went on in the Irish camp before the tournament with their best player – Roy Keane – walking out of the squad, McCarthy’s men returned home unbeaten.

Breen’s performances, especially against Germany and Spain, made him a much in demand defender, not least because following his release from Highfield Road he was available on a free. Having experienced the World Stage it looked as if Gary’s global horizons were set to continue when after Barcelona were rumoured to be interested Inter Milan came in for him, only for past problems with knee injuries to result in him failing a stringent medical with Internazionale. 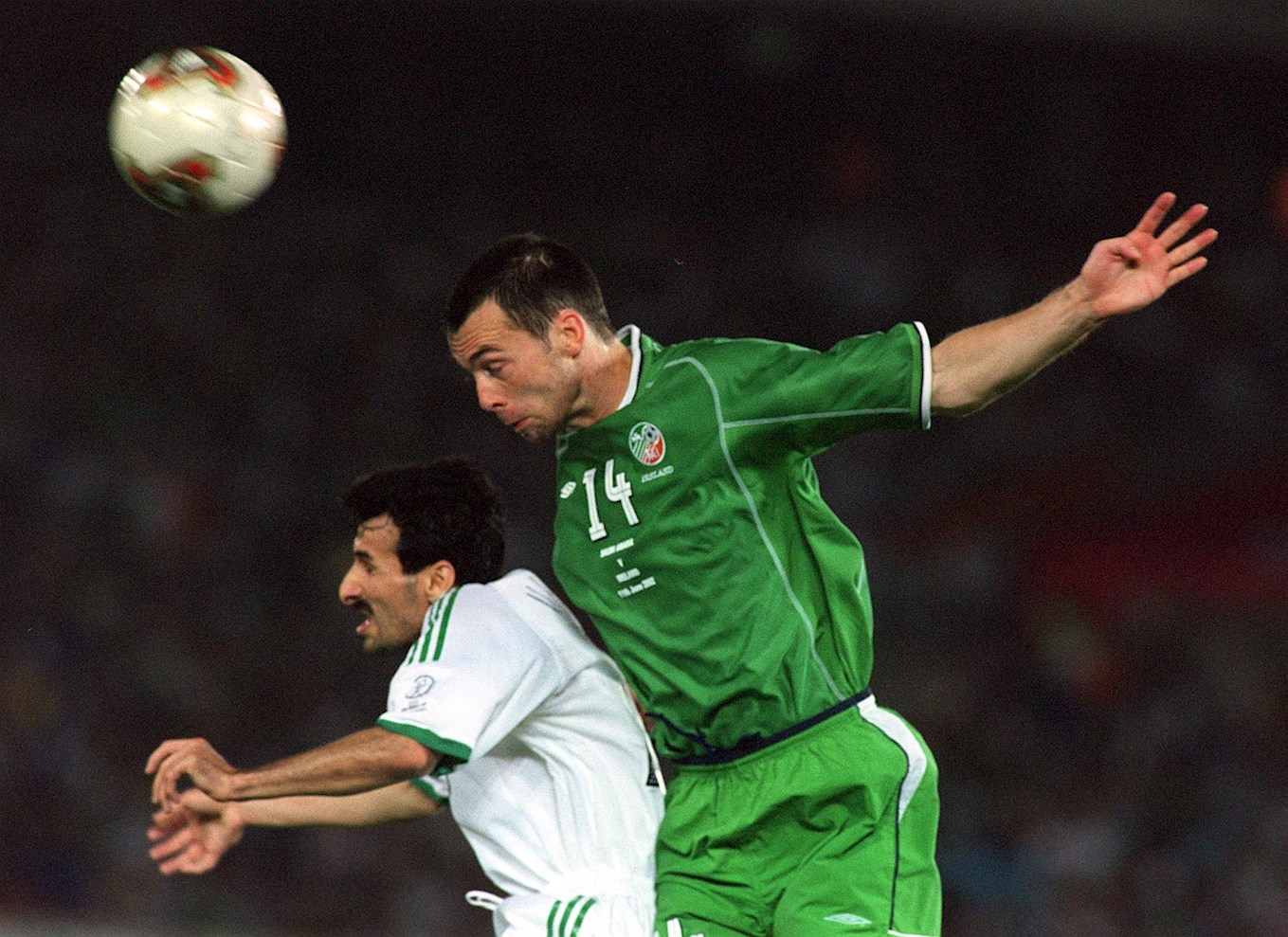 Instead his next destination was West Ham but his year back in the capital was to be not far short of a disaster. A man of firm opinions and bold enough to always be prepared to voice them, last year for example Breen was publicly scathing of Declan Rice’s decision to switch allegiance from Ireland to England. Although he played loyally for Mick McCarthy at international level and then with Sunderland and Wolves there was also a public fall-out with ‘Mic-Mac’ during their time at Molineux. When he was at West Ham Gary had a well-publicised fall-out with Hammers boss Glenn Roeder following one of his international appearances. Praised for his display in a 2-0 win over Scotland, Breen attributed Ireland’s clean sheet to ‘organisation’ thereby indicating this was perhaps lacking at West Ham where he had recently been dropped after a 6-0 FA Cup defeat by Manchester United. 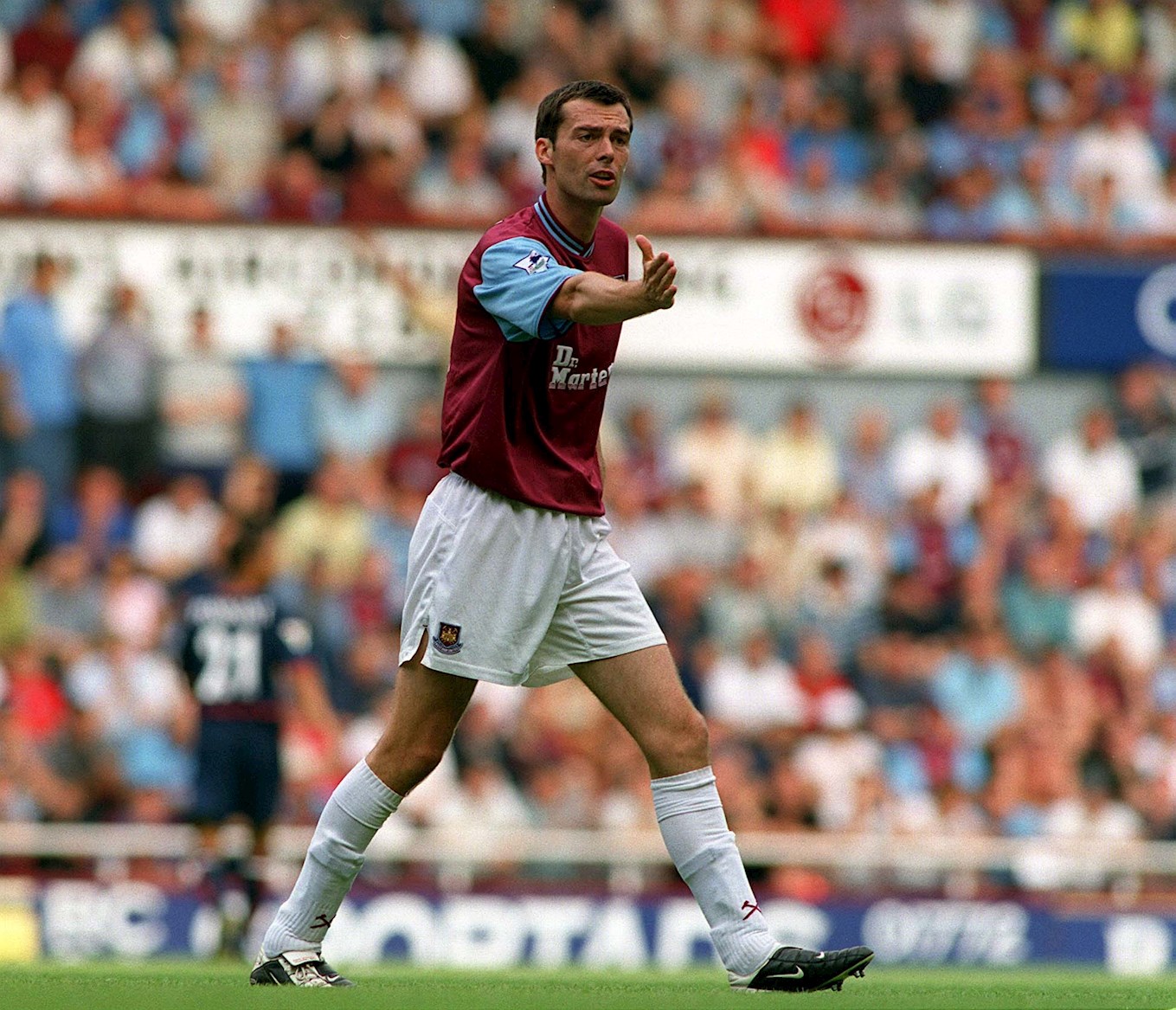 Although Roeder was replaced before the end of the season Breen still wanted a break from the Boleyn Ground. The Hammers had been relegated and Gary joined Sunderland who had gone down with them. The Black Cats had just been taken over by Mick McCarthy who was having a massive fire-sale of big names and bringing in bargain buys with Breen seen as his main acquisition.

After one game with Sunderland Gary was capped in a 2-1 home friendly win over Australia, winning further caps against Russia, Turkey and Switzerland in a season where he featured in the FA Cup and play-off semi-finals. Gary’s second season at Sunderland brought just two further caps in a year when he captained McCarthy’s men to the Championship title. Back in the Premier League he played regularly throughout  an immediate relegation campaign before winning another cap in an end of season friendly, lost to Chile in Dublin. He then moved to Wolves as Niall Quinn took over at Sunderland, soon appointing Roy Keane as manager. 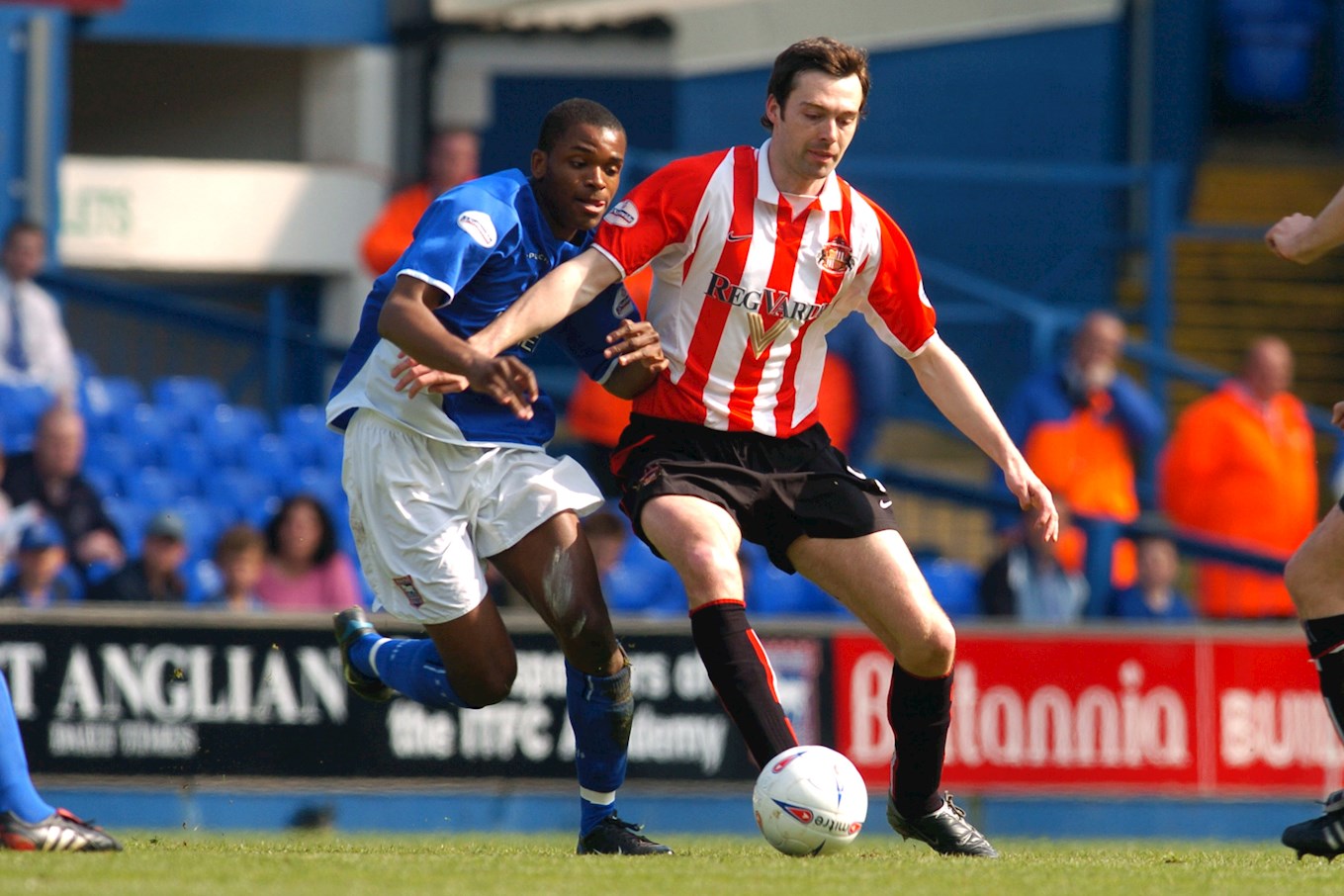 Much of Breen’s own time with Wolves, where he was club captain, was hampered by injury and in December 2008 he made the step into coaching, joining Barnet as player-coach. At the end of the season he became assistant manager but kept playing, making his 552nd and final league appearance in May 2010. It was a low key 1-0 home win over Rochdale but ever the committed professional Gary would have taken satisfaction from signing off with a clean sheet although he left the club the following month.

Between 2013 -2015 he acted as first team coach under Darren Ferguson at Peterborough before moving into media work. Now 46, Gary spent many of his best years with Coventry at Highfield Road, winning over a third of the caps achieved in what was a terrific international career.