Mark Robins is the latest in a long line of Sky Blue Supremos, the men who have tried to bring success to City. In this series PUSB reflects on the highs and lows on those who have occupied the hot-seat. Here, Harry Warren is profiled...

As a manager Warren came to Highfield Road after a 16-year stint as secretary/manager at Southend United after learning his trade with Folkestone and Chelmsford City. Coventry had finished eighth in Division Three South in 1955-56. During that campaign City had seen a mid-season change of manager but not of playing philosophy as under Jesse Carver and then George Raynor City attempted the sort of one-touch passing game which had brought both success on the continent. Ultimately though Coventry didn’t have the players with the necessary technique to play the style wanted, particularly through English winters where heavy pitches often meant that teams who kept the ball in the air fared better than those who tried to play on the floor.

So it was then that City brought in Harry Warren, a man who had shown a steady record with Southend. In the season before his appointment Warren had led Southend to fourth place in the same division as Coventry. It was perhaps a trifle flattering as – in the days of two points for a win – The Shrimpers were a full 11 points behind third placed Ipswich in a league where only the champions were promoted. Indeed Southend were only four points better off than City with an identical home record but marginally better form away. They had though prevented City from scoring against them in the season just ended, having drawn 0-0 at Highfield Road in March and beaten Coventry 3-0 at their own place on this weekend in 1955.

It was hardly as if Warren’s Southend had a decent defence however, having conceded 20 more goals than City. While they had scored 15 more, that wasn’t earth shattering in a league where the top three scored 324 between them and even 14th placed Southampton netted 91. Perhaps the City board were impressed by Warren’s recent record against Coventry though. The final home game of the 1954-55 season had seen Southend complete the double with a 4-1 win at Coventry.

Warren’s Coventry career got off to decent start with a 1-0 home win over today’s visitors Exeter, swiftly followed by another home win just 48 hours later over Southampton. After a couple of solid away draws, Warren must have been delighted when his old club Southend came to Highfield Road and were whacked 2-0 with goals from Ken McPherson and Denis Uphill.

Uphill was not how the season went from then on though. Seven goals were conceded without reply in the next two matches and while eight were scored in the two home wins that followed there would be just one more win in the next 14 fixtures, the last of these a 4-2 loss at Exeter.  Thankfully Harry’s Christmas wishes were answered when his return to Southend in the first game after Christmas brought a welcome return to winning ways, but half the next 16 fixtures would end in defeat with just four wins leaving City struggling with six games to go.

Had the board considered giving Harry the sack a strong end to the season would have helped to change minds. A win and a draw was followed by four successive wins, the 11 points gained propelling City to 16th place – 13th ahead of bottom of the pile Norwich City, with Exeter fourth bottom.

Of course finances were tight. He saw England international goalkeeper Reg Matthews sold to 1955 champions Chelsea for £22,500 in the November, leaving him to rely on the inexperienced Alf Bentley who had just two senior games to his name when promoted to City’s number one.  He was to concede five in his second game after Matthews’ departure and Warren made capturing a new ‘keeper a summer priority, duly bringing in England ‘B’ international Charlie Ashcroft in the summer from Ipswich. 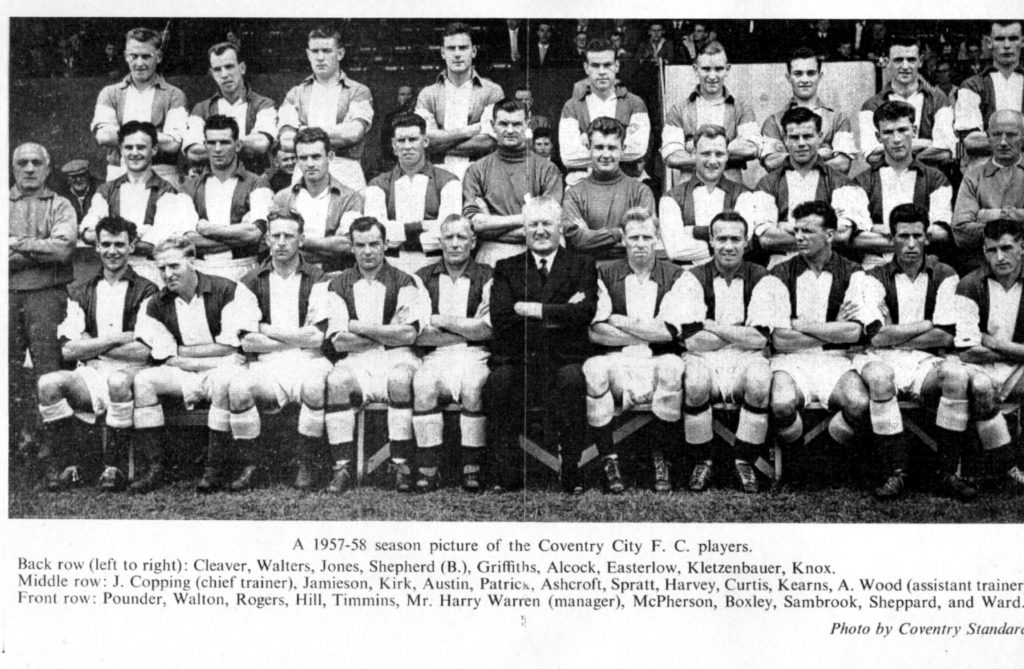 Ashcroft started the first four games of Warren’s second season but was then ruled out due to problems with an old injury as a broken arm had not fully healed. Evidently signing such a player didn’t down well with the board and Warren was sacked in the same month of Ashcroft’s last game for him on September 2nd.  The ‘keeper wouldn’t play again until March.

Ashcroft had actually kept a clean sheet on the opening day of what was Warren’s second season, Reading being beaten by a goal from that man McPherson who had kept City afloat the season before with 23 goals in 43 league and cup games.

Following his sacking in September 1957 at the age of 55 Harry Warren didn’t work in football again. He passed away ten and a half years later in Leigh on Sea, two days after his 66th birthday. Born in Derbyshire – where his father Ben was playing for Derby at the time - Harry had been a centre-half who began his playing days with Gresley Rovers.

His league debut for Blackpool came in a second division match against Barnsley in February 1925. The big breakthrough had been handed to Harry by Major Frank Buckley. He would become renowned as a great disciplinarian but evidently that didn’t rub off on Warren whose quiet style was known to lack respect amongst the playing staff.

Leaving Blackpool after just five appearances Warren played briefly at Exeter and Merthyr Town before signing for Sheffield United in 1929. He was to play only twice for the Blades but September games away to Leicester and at home to Middlesbrough did give him the distinction of playing in the first division. As a centre-half though he evidently failed to impress sufficiently, The Bramall Lane outfit conceding three goals in each match. Two years later, at the age of 29 Harry set out on the administrative path becoming secretary-manager at Folkestone.

His father Ben had played 22 times for England but his tale is a tragic one. The Coventry manager’s father died when he was just 37, Harry being 14. When Harry was just ten his father was certified insane, leaving Harry’s mother Minnie to look after him and his three siblings. Many newspaper reports of the time, recorded on the outstanding Englandonline website, document the demise of Ben Warren. 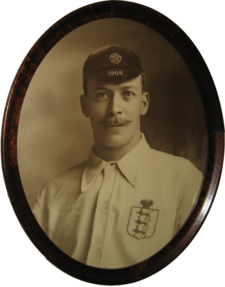 One, ‘The Courier’ reported in September 1912 that Ben Warren was found wandering in Derby Road in Nottingham, smoking a cigarette and wearing absolutely nothing except a collar and tie. He was reported to be running along playing an imaginary game of football and when challenged told onlookers he was on his way to Trent Bridge where he was needed for a game. It was duly explained that poor Ben had been committed to an asylum which he had escaped from.

During his playing days Harry Warren’s dad had sustained bad head injuries at Chelsea who he had signed for in 1908. Footballers then of course weren’t earning a King’s ransom and with the Warrens struggling financially a Benefit Match between the South and the North for the financial well-being of the family was staged at Stamford Bridge in April 1914. A crowd of 12,000 watched players from Chelsea, Arsenal, Spurs, Crystal Palace and Millwall beat a side consisting of players from Derby, West Brom, Birmingham, Oldham, Notts County, Preston, Blackburn and Manchester United. Derby County also took part in another Benefit Match for the Warren family, the legendary Steve Bloomer being one of the players in a game against Newhall Swifts.

Ben Warren had been a very well-known figure in the game. In 22 games for England he’d tasted defeat just once, at Hampden Park against Scotland. He had scored as England walloped Austria 11 (Eleven) – 1 in Vienna in 1908 and got another goal against the same opposition in the same city a year later, this time in an 8-1 win. In 1911 he was still playing international football, just a year before being certified.

Records suggest that when Harry was born, his mother was his father’s cousin and the pair married six months after Harry came into the world. Almost half a century later Ben’s son Harry took charge of Coventry City. He won’t go down as a Coventry great but nonetheless he took control of the team for a season and a bit. He was succeeded by Billy Frith’s second spell as City manager with the Jimmy Hill era to follow. Harry Warren’s chapter in the Coventry story is a brief one but one of the building blocks for the future story of success in the decade to come.