Squad Numbers were introduced to the Premier League in 1993/94, and have been part of English football ever since. Now we look back at some of the famous and less famous players to wear (or at least be allocated) a particular Sky Blues number and how they got on.

This time, we have a look at the number 5… 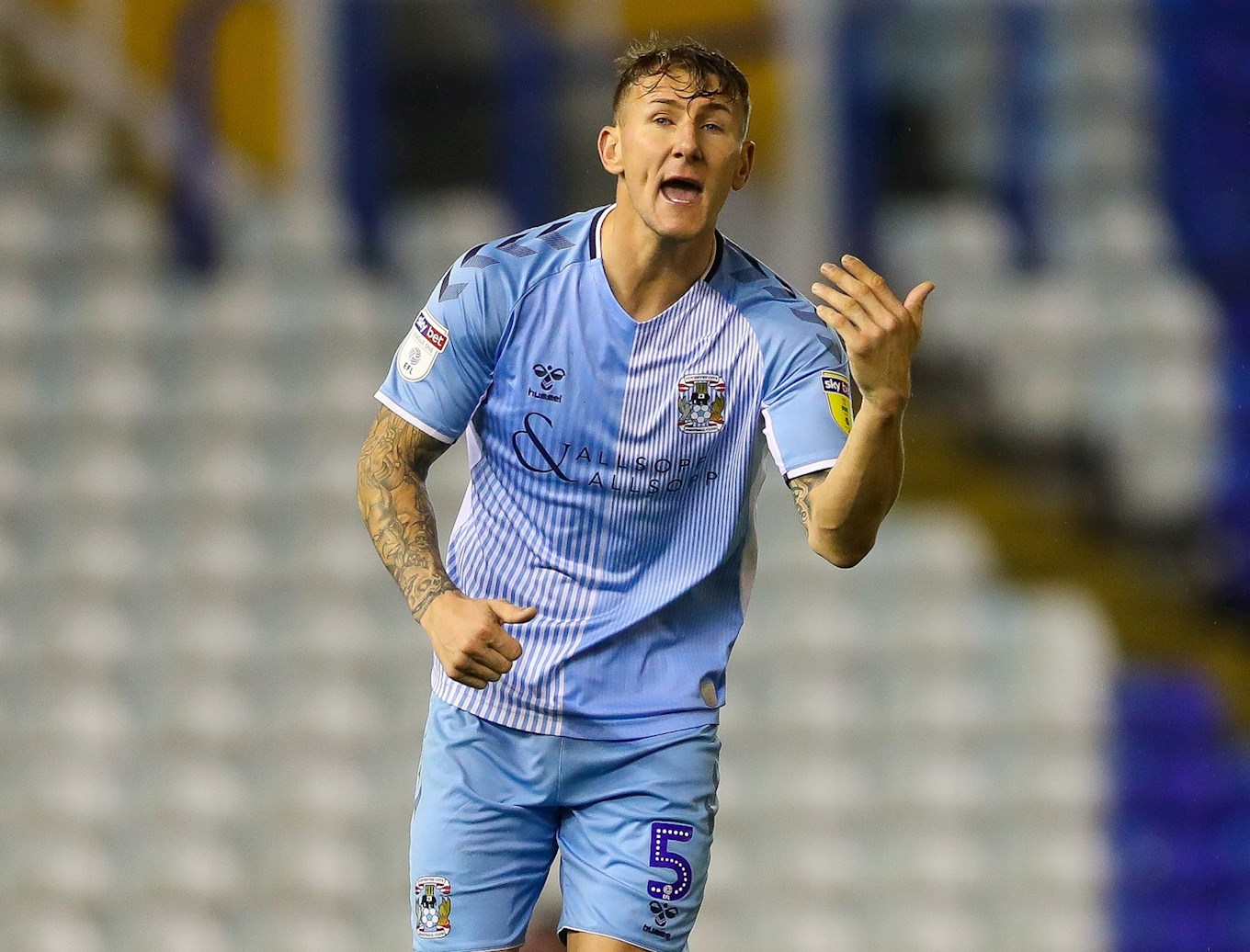 Centre-half Kyle joined the Sky Blues in May 2019 after his deal with Burton Albion expired. McFadzean had previously had spells at Crawley Town and MK Dons.

The 33-year-old has played 39 games in the Sky Blues’ SkyBet League One campaign so far, and his defensive ability, organisational skills and leadership have been a key component of the City’s tight rear guard this campaign.

While he hasn’t scored yet for the Sky Blues, his aerial presence has created problems in opposition boxes this season and he did assist Amadou Bakayoko’s late equaliser against Doncaster in September. 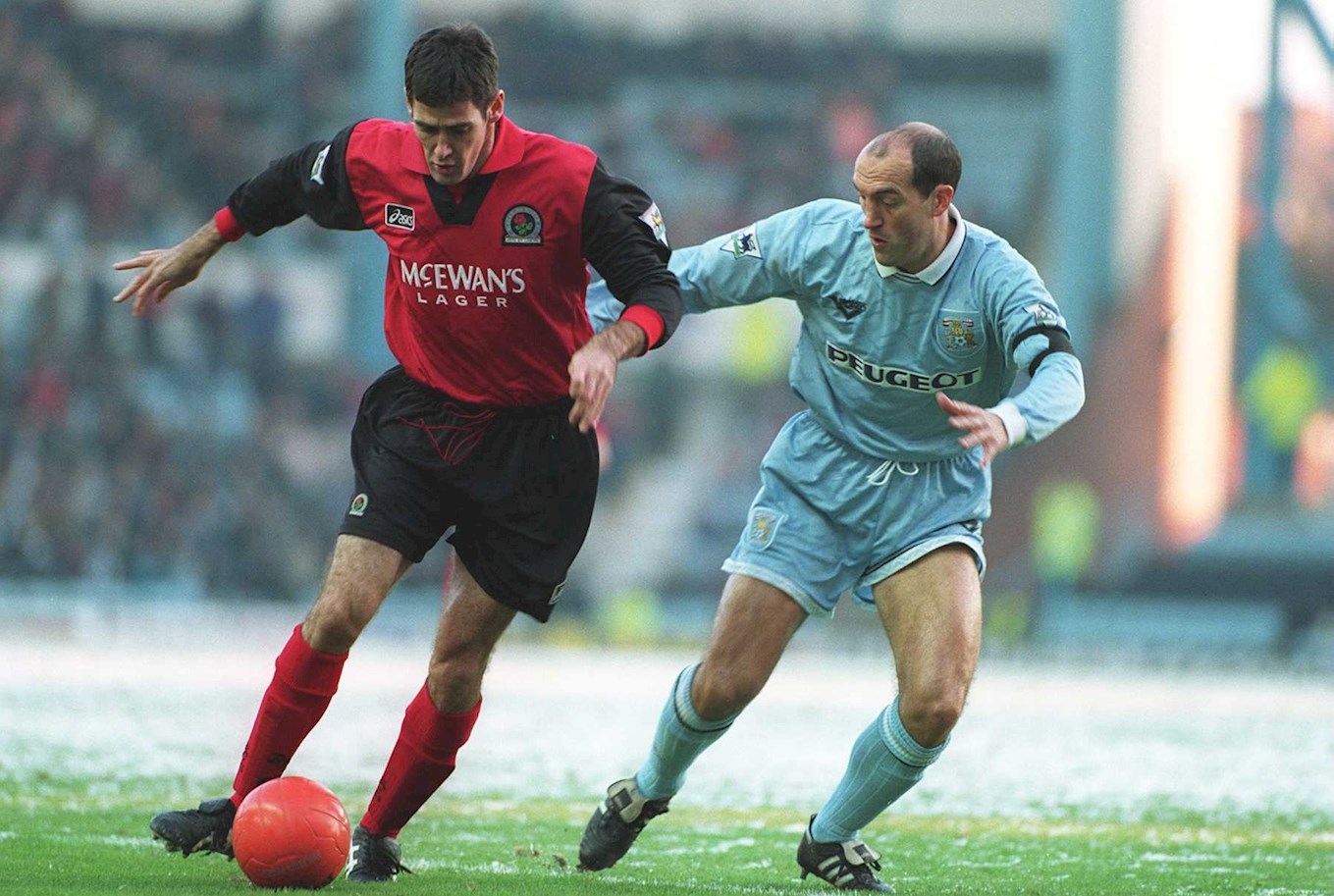 Rennie played against Coventry City in the 1987 FA Cup Semi Final for Leeds, and the former Leicester, Bristol City and Birmingham City centre-half made the move to Highfield Road in March 1993 under Phil Neal. In the first squad numbers in 1993/94 he was number 6, making 8 appearances to add to his 9 at the end of the 1992/93 campaign.

He was given the number 5 for the 1994/95 season - a season that ended with Ron Atkinson in charge. It was a good season for Rennie, as he played 33 times in all competitions out of the Sky Blues' 49 matches that campaign.

Rennie played 12 times in the 1995/96 campaign, scoring twice including in the memorable 3-3 draw for the 9 man Sky Blues with Wimbledon and 5-1 win over Champions Blackburn. However, the summer signing of Paul Williams and mid-season arrival of Richard Shaw saw opportunities limited, and Rennie left at the end of the campaign.

He left for Northampton in 1996, going on to play for Peterborough, Boston United and Burton Albion before retiring in 2002. After retirement, Rennie worked in IT and then advising companies on health and safety and employment law. 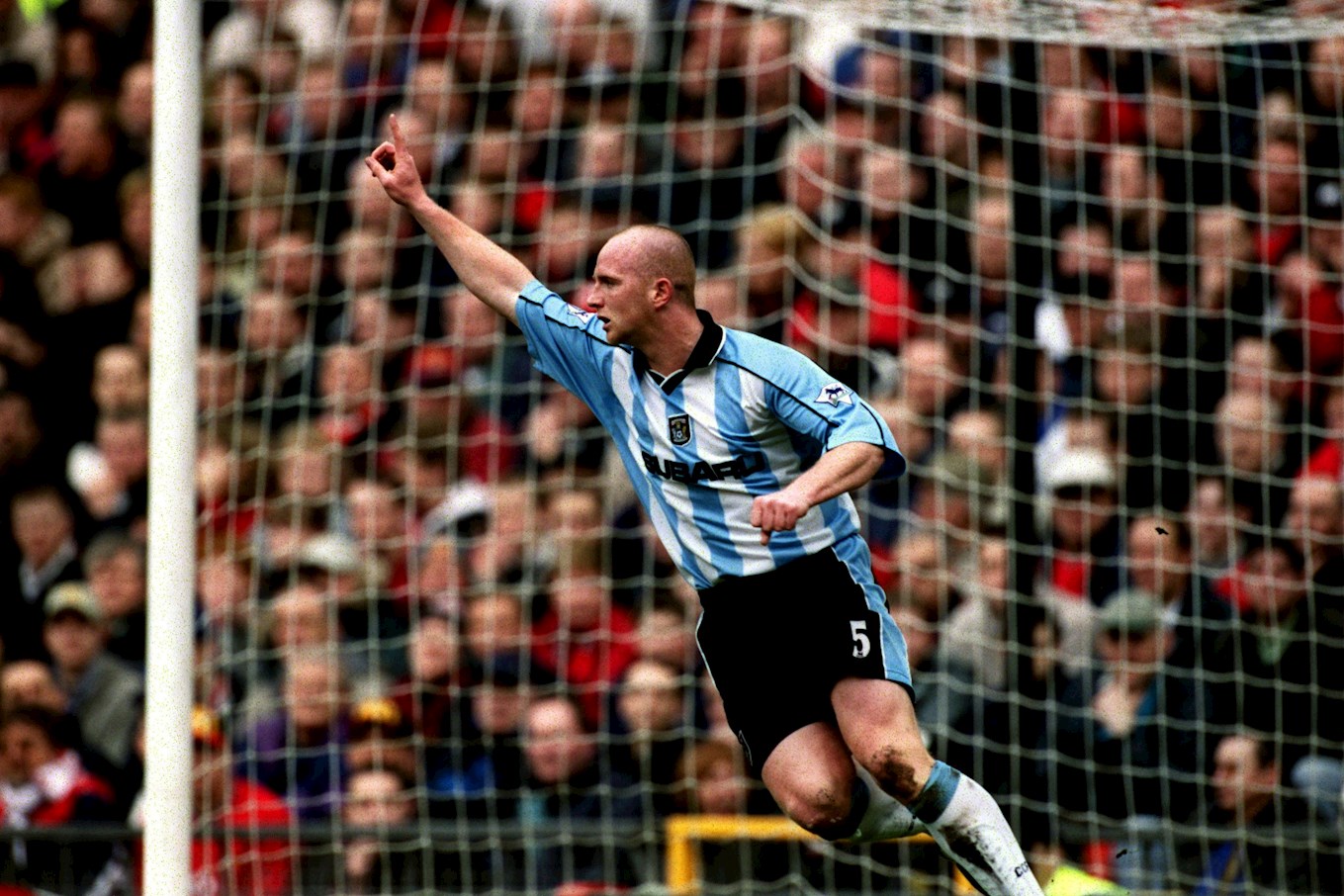 Originally allocated to defender Colin Hendry, the Scotsman left during the season to join Bolton and the number 5 was inherited by striker John Hartson when the former Arsenal and West Ham star arrived at Highfield Road.

After a protracted transfer from Wimbledon, Hartson arrived at the Sky Blues in February 2001 with a relegation battle in full flow. City had only scored 23 goals in 26 Premiership games to that point, and Hartson had a clear impact – in 12 games he scored 6 times, but sadly it was not enough to keep City in the top flight.

By August 2001 Hartson had moved to Celtic, where he would stay until 2006. He then played for West Brom, plus a loan spell at Norwich. After playing Hartson successfully fought testicular cancer that had spread to his brain, and is now a pundit on a range of channels. 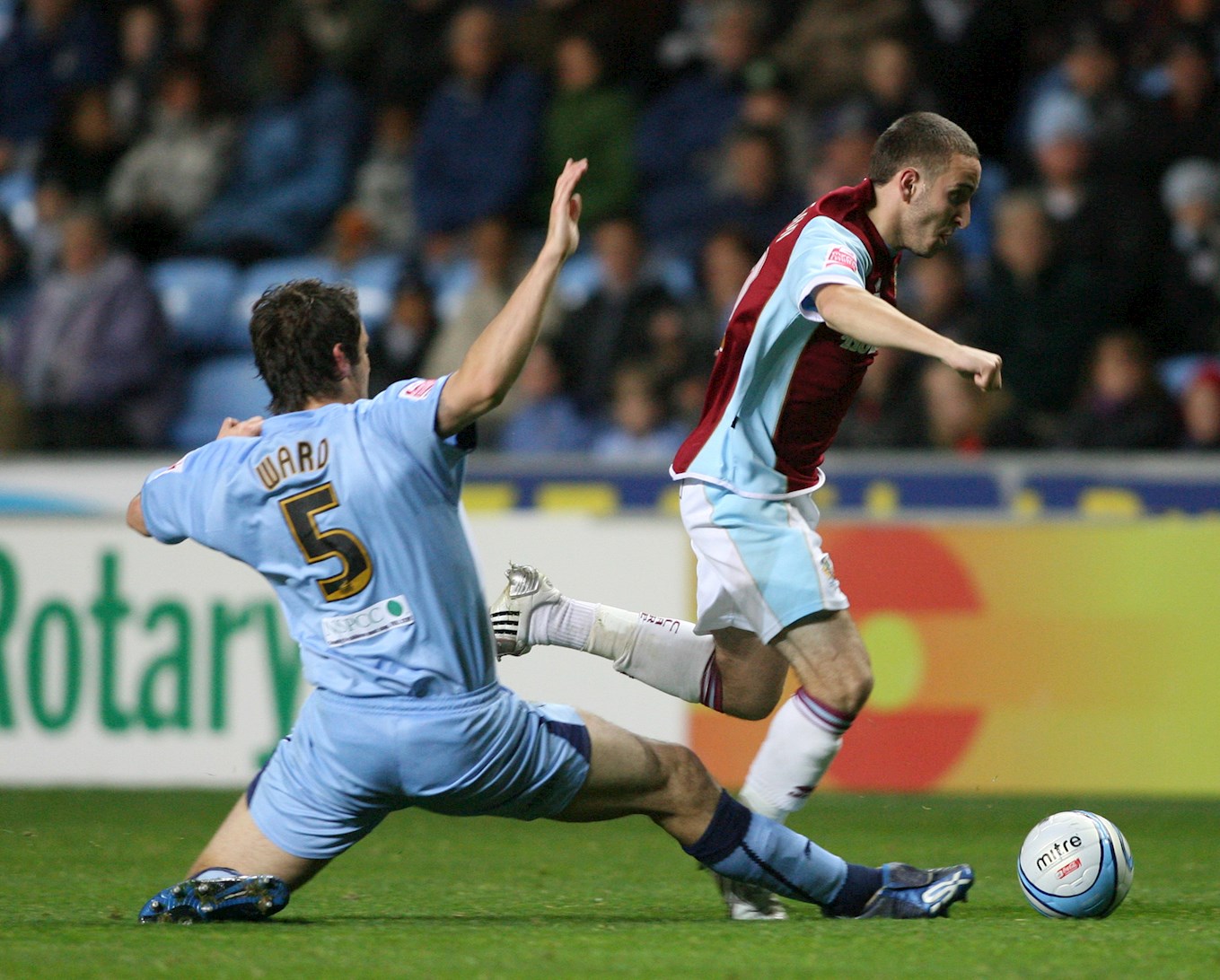 Ward started his career at West Ham, making his debut in 2005 and playing 21 times, and also had loan spells at Bristol Rovers and Plymouth. In June 2006, he moved to Coventry City for £1 million and was allocated the number 5 shirt – he retained it throughout his spell at the Sky Blues.

He made his debut on the opening day of the season in a 2-1 win over Sunderland at the Ricoh Arena. He played 39, 37 and 32 league games in his first 3 seasons, but by 2009–10 he fell out of favour and was restricted to only eight games for the season. He had loans at Doncaster and Preston towards the end of the season.

In total he played 126 games for the Club, finding the net on 16 occasions. He was a threat from corners, but his role as penalty taker for much of his time with City no doubt helped his goal tally.

He moved to Norwich at the end of his contract in 2010, and has since played for a number of clubs including Bournemouth, Blackburn, Notts County and now at the age of 35 is at Chelmsford City. 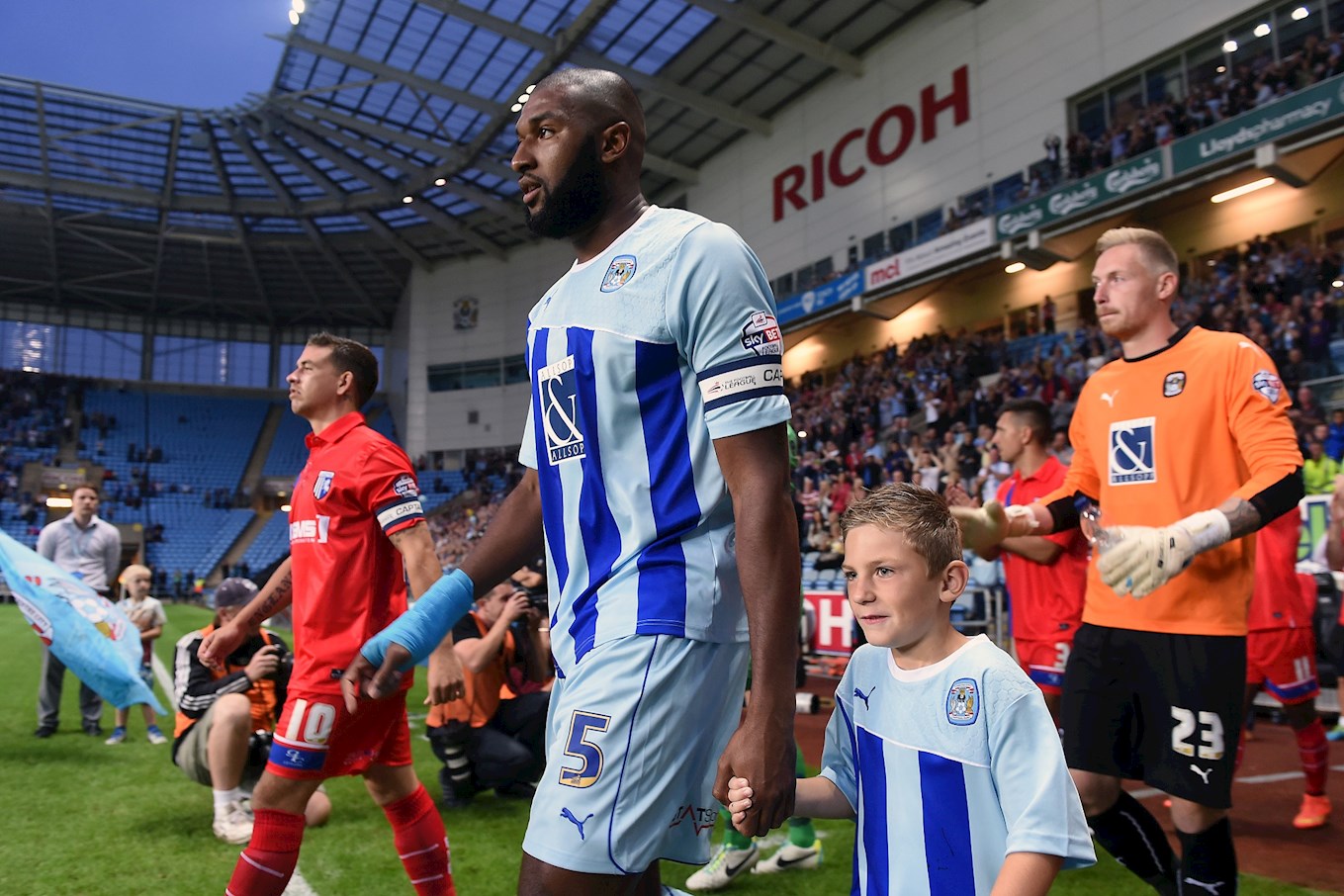 A French central defender, Johnson started his career at Gueugnon and Amiens in his homeland before moving to Plymouth in 2009. In 2011 he joined Sheffield Wednesday and became a cult hero at Hillsborough, playing 75 league games in three seasons.

In July 2014 he signed for the Sky Blues and was handed the number 5 shirt as well as the Captain's armband, and was a popular figure with City supporters. He scored 2 goals on his debut on the opening day of the season, but Coventry City were on the receiving end of a 3-2 defeat at Bradford City. He fell out of favour at the mid-point of the season, but new manager Tony Mowbray brought him back towards the end of the campaign as the Sky Blues secured League One survival. In total he played 22 times that season, scoring 6 times.

In his second season in the number 5 shirt Johnson played 12 times, scoring twice, and looked back to his best but a hamstring tendon injury suffered in the home game with Blackpool in October ended his season and ultimately his Sky Blues career.

He moved to National League side Eastleigh following the end of his City contract, where he remains to this day.