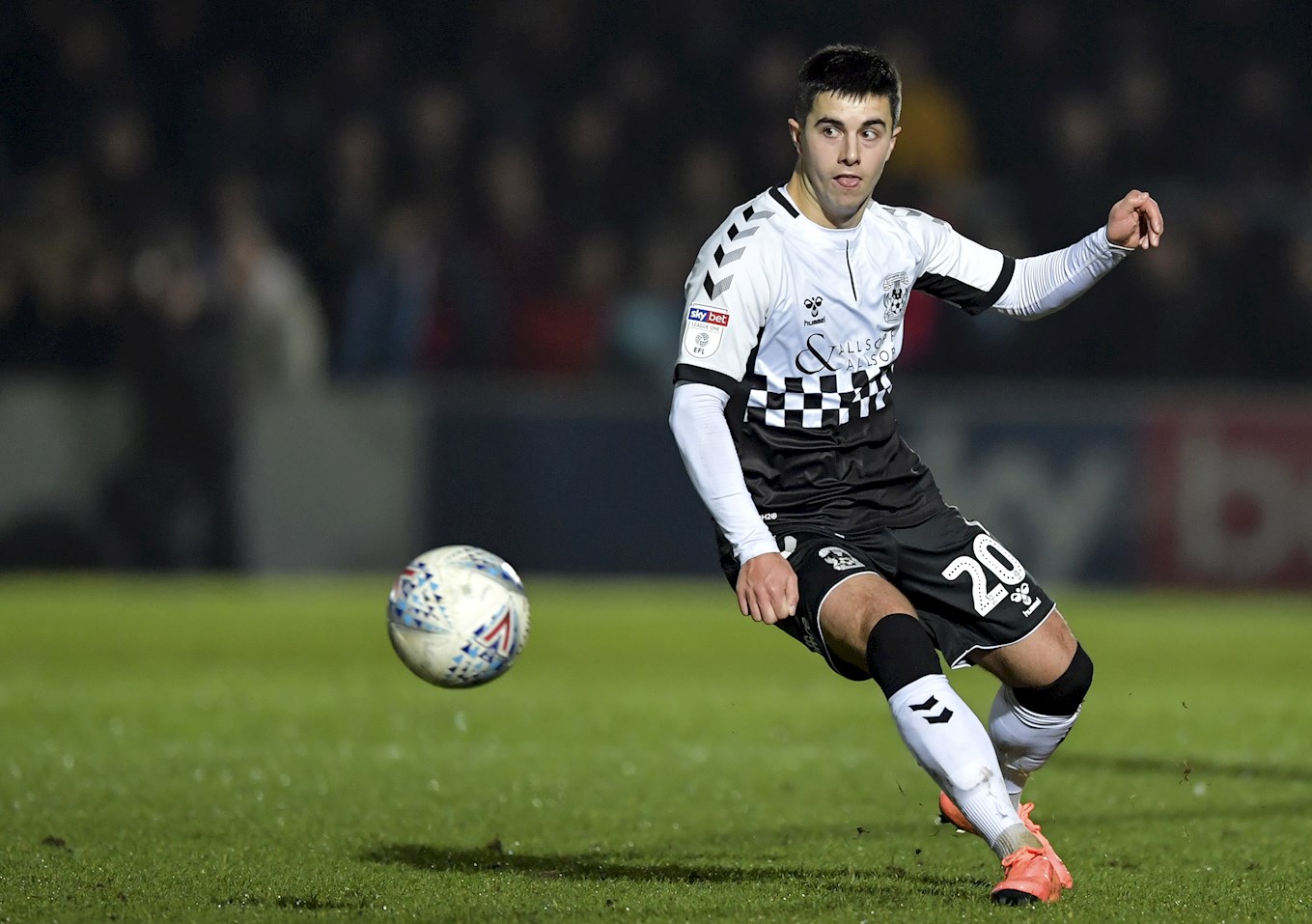 Bristol City midfielder Walsh joined the Sky Blues on a season long loan on 2nd September. Now 22, he made his debut in City’s 3-2 win against Blackpool at St Andrew’s on 7th September.

He has made a total of 34 appearances and scored 4 goals for the Sky Blues. Arguably his most notable goal so far has been the winning goal against Rochdale in November, when he picked the ball up on the halfway line, jinked past several defenders and hit an unstoppable shot into the net. He also netted a late winner against AFC Wimbledon in September, as well as scoring twice at Bristol Rovers (something for a Bristol City player to enjoy!) – once in the FA Cup and once in League One.

He’s also been something of a creative force for Mark Robins’ side, with 7 assists in all competitions during the 2019/20 campaign. 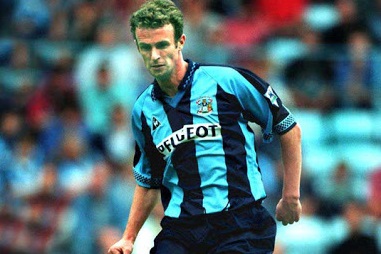 Michael O’Neill is arguably more well known as Northern Ireland manager, but he did have a brief, injury disrupted spell at Highfield Road in the 1990s. An midfielder with spells at Newcastle, Dundee and Hibs under his belt, the Northern Ireland international was signed in June 1996 by Ron Atkinson at the age of 27. His only first-team appearance in his debut season was the opening day 3-0 defeat to Nottingham Forest – he started, but was replaced after 50 minutes by Eoin Jess.

His next game was in the 1997/97 campaign, again in the number 20, in September 1997 - a 0-0 draw with Blackburn where he came on as a half-time sub. He tasted victory for the first time in a 3-1 League Cup win over Blackpool three days later, playing the full 90 minutes too. However he came off injured after starting the next league game against Leeds, and would only make two further City appearances in December 1997. Come January he was loaned to Aberdeen and then Reading in March, before joining Wigan on a free transfer in July.

Further playing spells at St Johnstone and Clydebank followed in the early noughties, he managed Brechin City and Shamrock Rovers before his international side, and since November 2019 has been manager of Stoke City. 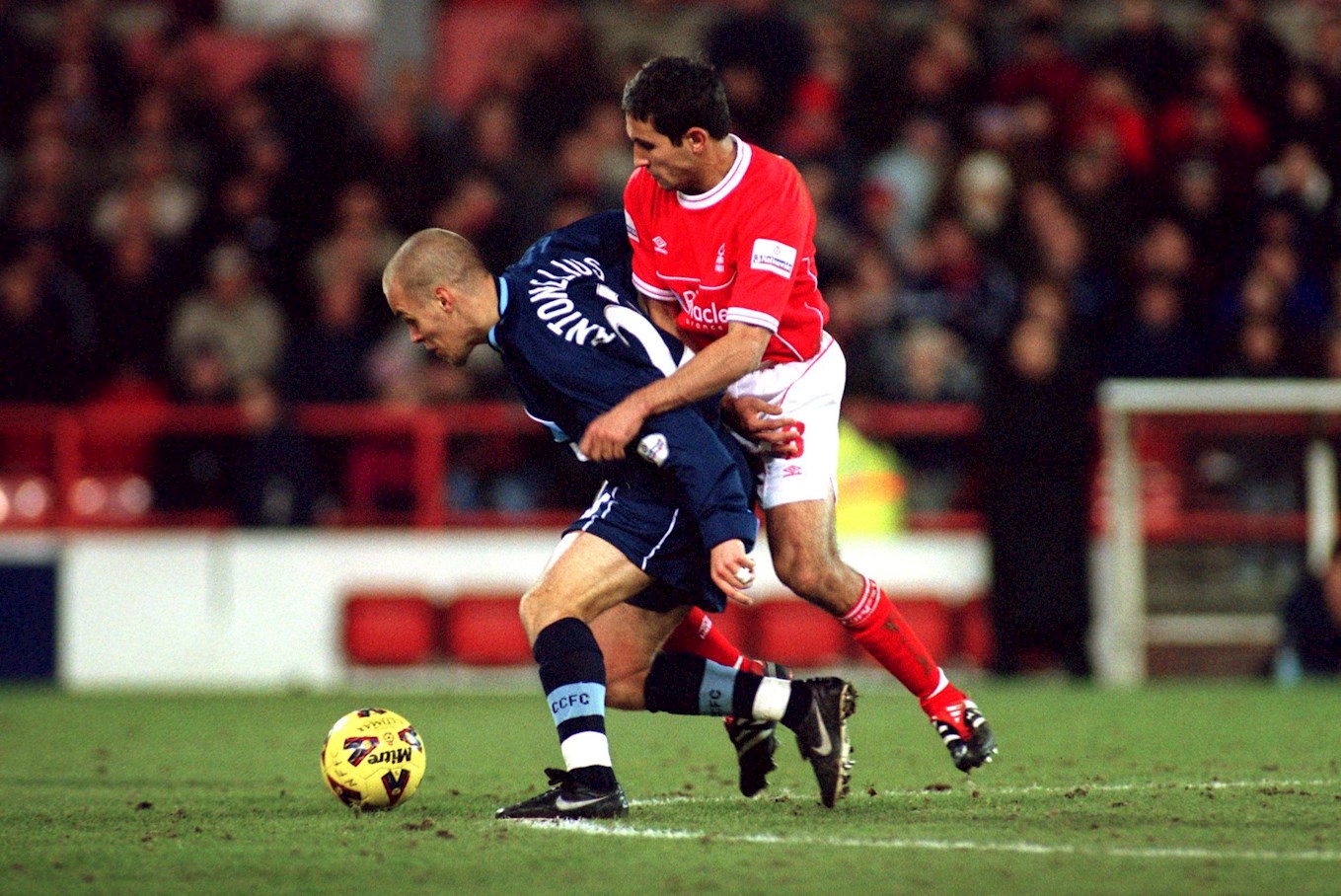 Full-back Gustafsson was signed by Coventry City in December 1999. Recommended by Magnus Hedman, he joined from AIK Stockholm and was handed the number 32 shirt, making his debut in the memorable 3-2 win over Arsenal in that same month. He made 12 appearances in his first season.

By 2000/01 he was moved to the number 20 but a severe cruciate knee ligament injury, picked up representing Sweden in Euro 2000, saw him out for the full season. By the 2001/02 campaign Gustafsson had changed his name to Antonelius.

He explained: "My sister, her husband and their daughter are the only Antonelius' in Sweden and they asked me to change my name to be part of their family. Gustafsson is a very common name in Sweden and Antonelius is very rare, in fact there are only the five of us in the whole country! In a way we are starting a completely new family,"

He made 5 appearances in the 2001/02 First Division campaign, but left in February for Copenhagen. After a further knee injury, he retired from football and now works for Nike. 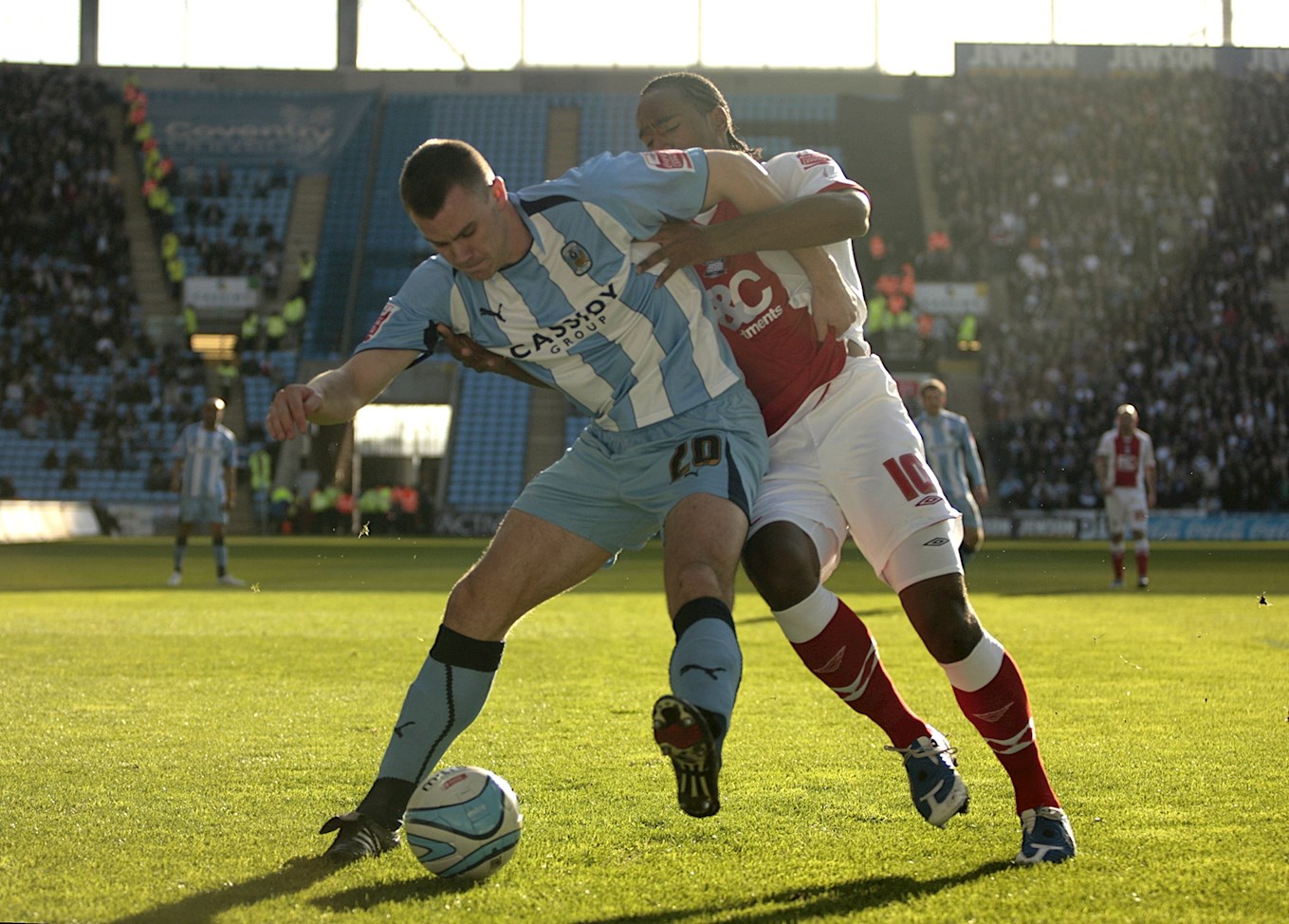 Birmingham-born defender Turner came through the youth ranks at the Sky Blues. He made his debut at the end of the 2005/06 season, away to Stoke City in the number 37 shirt at the age of 18. In 2006/07 Turner was out on loan to Peterborough, returning to City at the end of the campaign – and getting sent off after 45 minutes in his only appearance, away to West Brom in April. By 2007/08, Turner was starting to establish himself in the Sky Blues squad and he played 23 times in the number 34 short.

By 2008/09 he moved to the number 20 and made 29 appearances, but in 2009/10 injury restricted him to only 14 games. The 2010/11 season saw similar problems and the same number of appearances – but he did find the net 4 times, his first being the winner in a 2-1 August victory over Derby. Unfortunately a November knee injury ended his campaign.

By the next season Turner had moved to Cardiff, where he stayed until June 2016. However in November 2015 he returned to the Sky Blues on loan as he sought fitness while recovering from injury, playing 5 games in the number 15 shirt this time and scoring 1 goal - but he unfortunately saw that spell ended by an ankle injury. Turner has subsequently appeared for Burton Albion, Mansfield and Notts County, where he is now. 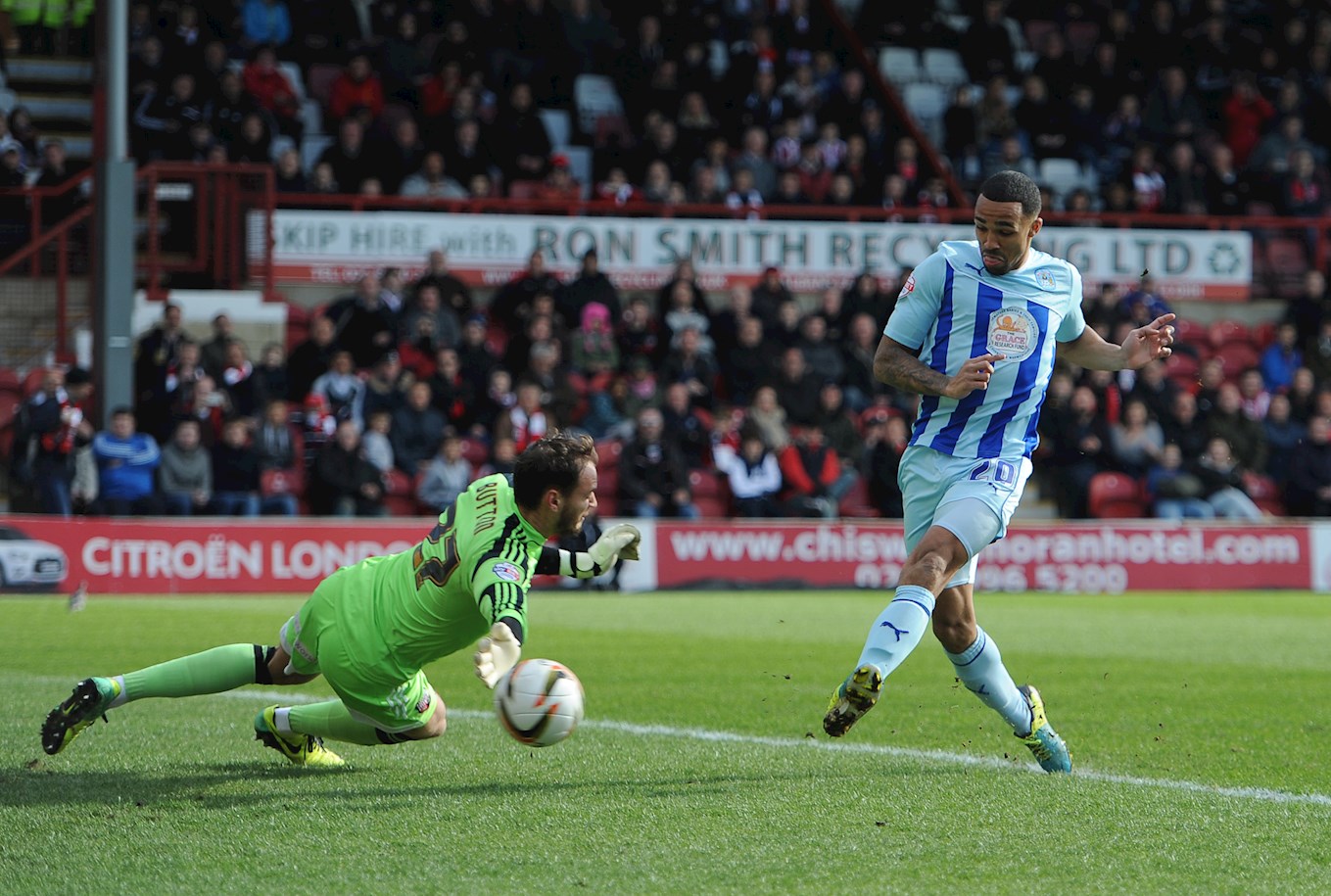 One of the most successful products of City’s Academy, the Cov Kid made his debut in August 2009 as an extra time sub in a 1-0 Carling Cup defeat to Hartlepool, wearing the number 40. 2010/11 saw one sub appearance in the Championship (now number 32) before a loan spell at Kettering in the Blue Square Premier, where 1 goal was scored in 17 games. 2011/12 saw a loan at Tamworth again in Blue Square Premier.

In 2012/13, Andy Thorn handed Wilson the number 20 shirt. Callum made 12 appearances, mainly as a sub, but did score his first goal for the Club in March’s 2-2 draw with Colchester United.

The 2013/14 saw Wilson make his breakthrough in the number 20. With the Sky Blues squad depleted and groundsharing at Northampton, Callum was handed his opportunity by Steven Pressley and he never looked back. Wilson scored 22 goals in 41 appearances in all competitions that season, despite missing a chunk of the campaign with a shoulder injury. Forming a lethal partnership with Leon Clarke for the first part of the season, Wilson’s blistering pace and deadly finishing was a joy to behold.

It caught the attention of Bournemoth, and Wilson made the move to the Championship in the summer of 2014. He helped fire the Cherries to the Premier League in 2015. Now a regular in the Premier League scoring charts, Wilson made his full England debut in November 2018 and scored against the USA – he’s now made 4 appearances in total.