In a feature first published in PUSB, writer Rob Mason investigates international players who represented their country while on Coventry’s books - this time, it's Philippe Clement.

Currently the manager of Belgian League side Club Brugge, former Coventry player Phillipe Clement is a manager with a growing reputation. 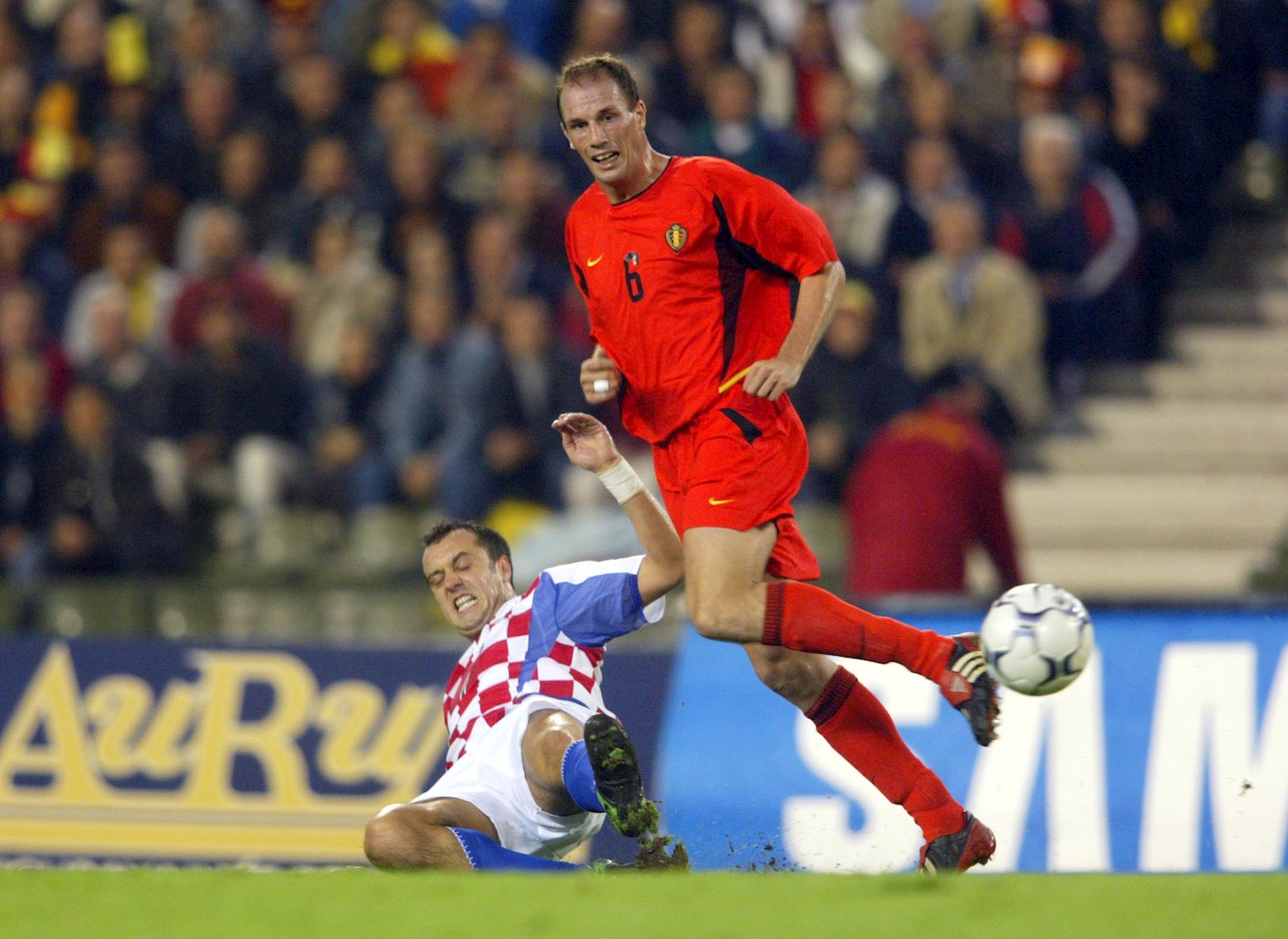 Clement took charge of Club Brugge at the start of this season following a successful 18-month stint as manager of Genk who he took to the Belgian Pro-League title last season, finishing a handsome seven points clear of his present club who persuaded him to move in the summer. Clement’s star man in Genk’s title winning team was Aston Villa new boy Mbwana Samatta, the Tanzanian striker who finished as the division’s second highest scorer with 23 goals.

Born in Antwerp 46 years ago, Clement has spent his entire career as a player and manager in Belgium other than 1998-99 when he made 16 appearances for Coventry after arriving a week after his 24th birthday.

Philippe won two of his 38 caps for Belgium while with the Sky Blues. Following five appearances for Coventry he was part of the side that drew 0-0 away to Luxembourg in November 1998 while in February 1999 he again helped his country to a clean sheet as they won a friendly in Cyprus, 1-0.

It was from Genk that Gordon Strachan brought Clement into English football in 1998. The deal was announced in March but he stayed with Genk until the end of the season, signing off by playing in an emphatic 4-0 cup final win against Club Brugge who he would later go on to become synonymous with.

Once at Coventry, Clement got off to a terrible start when he fractured a cheekbone in a pre-season friendly. Consequently he had to wait until mid-September for a debut in the League Cup against Southend and until Halloween for a Premier League bow in a home defeat to Arsenal. That was as a sub but he did well enough to earn a start in the next game.

The Belgian’s belated arrival bolstered the Sky Blues who having won just two of the first 11 league games promptly took maximum points from Clements’ first two Premier starts. Three days after the second of those – a 3-0 Highfield Road win over Everton – Clement was capped for the first time as a Coventry player.

The following weekend he started a defeat away to Bryan Robson’s in-form Middlesbrough but in the next match had to be substituted in a home draw with Leicester. Those four starts were to be Philippe’s best run in an injury hit spell in England where he was unfortunate to be afflicted by a series of niggling injuries. 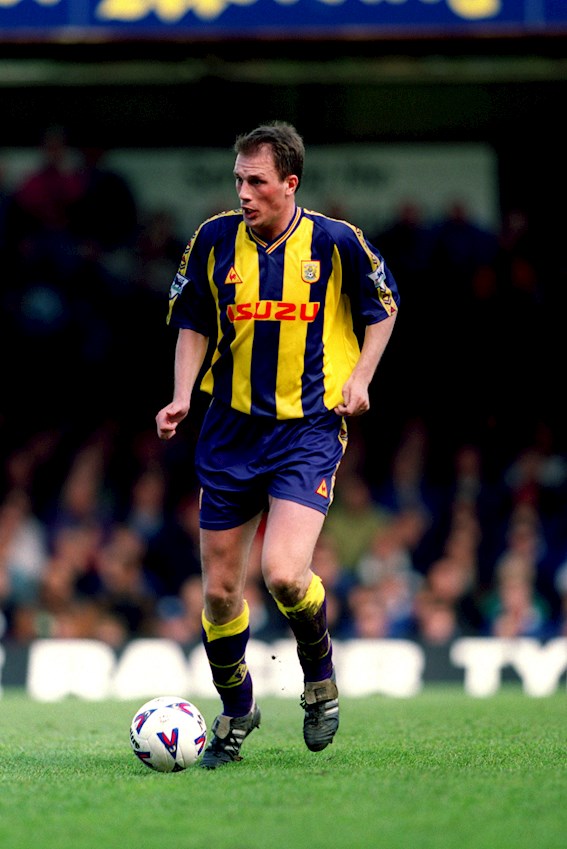 Although he returned to the side after missing just one match he was to start just one more league game and that not until the final month of the season. In between those last two starts in December and May Philippe managed four more appearances as sub in the Premier League. There were also two sightings of the Belgian in the FA Cup, off the bench in a fourth round win at Leicester and a start in the fifth round as City went out at Everton when Clement was taken off.

Three days before what proved to be his final appearance for the Sky Blues in the league at Leicester in April 1999 he was quoted following a 7-0 reserve team win over Wolves. Expressing his anxiety regarding his place in the national team due to his lack of opportunities at Coventry he said, “I had a talk with the national coach and because they only have friendlies now he only picks people who are playing regularly in their first team so it is a bit difficult for me…It’s been a really disappointing season because of all the injuries.”

Unsurprisingly come the close season he was off, moving to the club he now manages, Club Brugge, at the end of June. Coventry at least made a profit on the player, recouping a reported £800,000, some £175,000 more than they were reported to have paid for him. 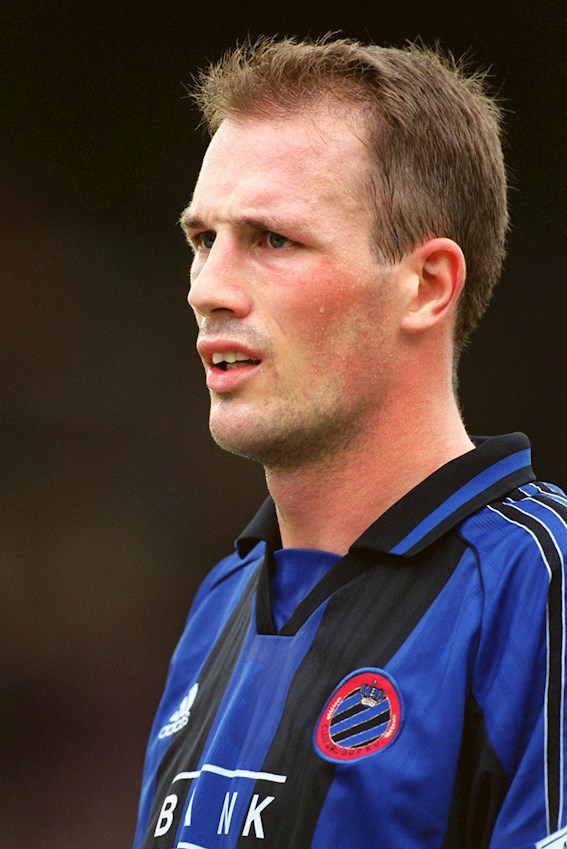 Back in Belgium Clement got his wish for regular football, playing 31 of his new club’s 34 league games as they finished runners up to Anderlecht. He took just two games to get on the score-sheet, netting in a 5-2 win at KSC Lokeren and hit a purple patch late in the season with goals in three of Brugge’s last five games. Philippe’s first season back home also saw him taste European football, playing in three of Brugge’s four UEFA Cup games including both legs of a tie with Hapoel Haifa when his side were eliminated on away goals.

With Belgium to co-hosts for Euro 2000, Clement’s desire to leave Coventry to enhance his international chances had been all the more pressing. However, despite being a regular for the runners’ up in his domestic league he played in just two of Belgium’s 11 games that season, one of those being as an 87th minute sub as Belgium won in Italy for the first time.  In the build-up to the Euro’s he also got a start against Norway only to be replaced at half-time. Earlier in the season he had returned to England but remained an unused sub as Belgium lost to England at the Stadium of Light.

Being an unused sub was also Philippe’s destiny at the Euro finals. He could do no more than warm up as Belgium began with a 2-1 win over Sweden in Brussels and suffered the same fate as the hosts went down to a star studded Italy. The final group game gave Belgium a chance to progress only for Clement again to be an unused sub as Turkey inflicted defeat and elimination. 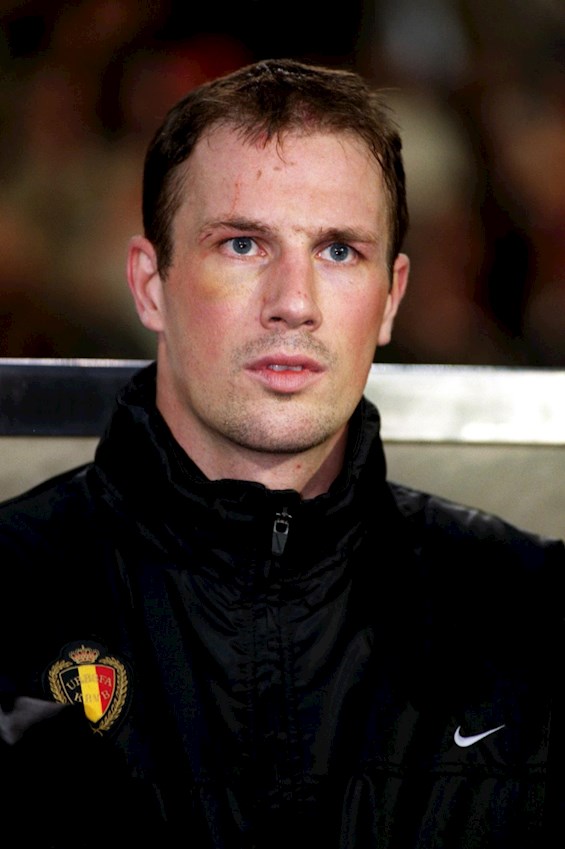 Although there was disappointment on the international stage, Philippe’s move to Club Brugge proved very successful. He spent a decade as a player with the club making 333  appearances, including over 60 in European competitions. A dozen of those came in 2003-04 when he played in all eight of Brugge’s Champions League games followed by all four they played in the Europa League. It was a similar scenario the previous season where he also reached double figures including a Champions League game against Barcelona, while in 2006 he was back in England playing in a UEFA Cup tie at Spurs.

He won the first of two title medals in 2002-03, contributing five goals in 27 appearances under Norwegian  coach Trond Sollied. Runners’ up again in 2004 when he started 31 times, he won another league title medal the following year although making 12 fewer starts, and despite a handful of substitute appearances totalling almost exactly 1000 fewer minutes game-time. Following that title winning campaign Clement stayed with Club Brugge for a further four seasons. In three of those years his side finished third with Philippe playing in around two-thirds of the games, although he started all but five matches in 2006-07 as his side finished sixth. 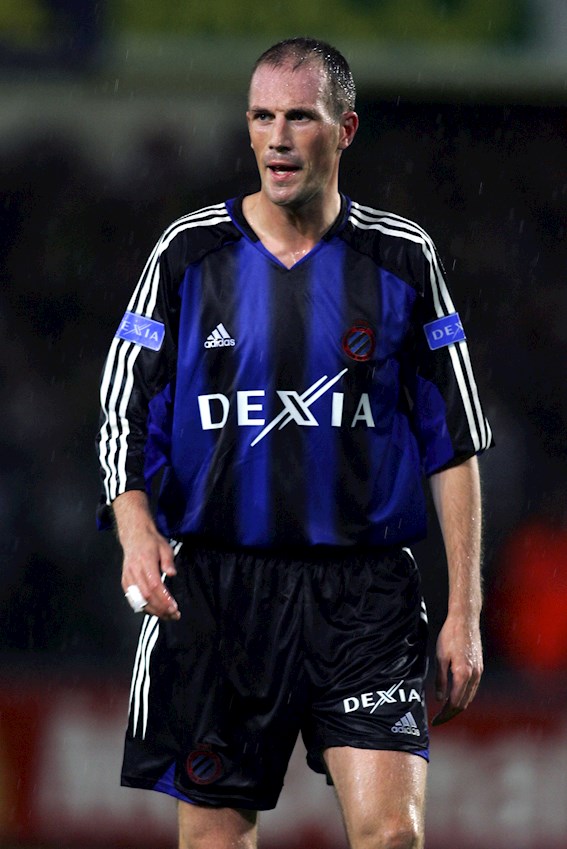 In addition to being regulars in the title race during Clements’ time with them, Club Brugge dominated the cup scene. Although Philippe had to be substituted mid-way through the first half of the 2002 cup final, his side were already leading against Mouscron when he departed. Still under Sollied, Clements managed the full game at centre-back as Beveren were beaten 4-2 in 2004. Three years later under Macedonian manager Cedomir Janevski, Clement played in midfield as after beating a Standard Liege team, who included Marouane Fellaini, 1-0 Philippe lifted the trophy as captain. Adding to his two league and three cup medals with Club Brugge Clement also pocketed four Belgian Supercup medals – in successive seasons from 2002 to 2005.

Throughout his time with Club Brugge Clement remained a regular member of international squads, his only international goal coming against Bulgaria in Sofia in the summer of 2003 while he was with Brugge.

Having started his career with Beerschot for whom he played 48 league games between 1992 and ’95 he wound down his playing days with a couple of years back at the same club – by this time known as Germinal Beerschot.  By now well into the veteran stage, nonetheless his experience was vital to his final club where in both of his last two campaigns, finishing in 2010-11, he played more than in all but two of his seasons with Club Brugge.

Just as he progressed up the football ladder to Club Brugge as a player, Philippe did the same as a manager. Starting with relative minnows Waaslnad-Beveren, after just six months he was appointed as manager of Genk in December 2017 moving on to Club Brugge after taking that Manager of the Year award in winning the title in his first full season with Genk.

Club Brugge faced Manchester United in the Europa League Round of 32 this season, being knocked out by Ole-Gunnar Solskjaer’s side. Club Brugges were top of the Belgian Pro League when the season has suspended due the to Coronavirus, and in May were awarded the title when the season was abandoned – a second successive title for Clement, adding to his growing reputation as a manager. 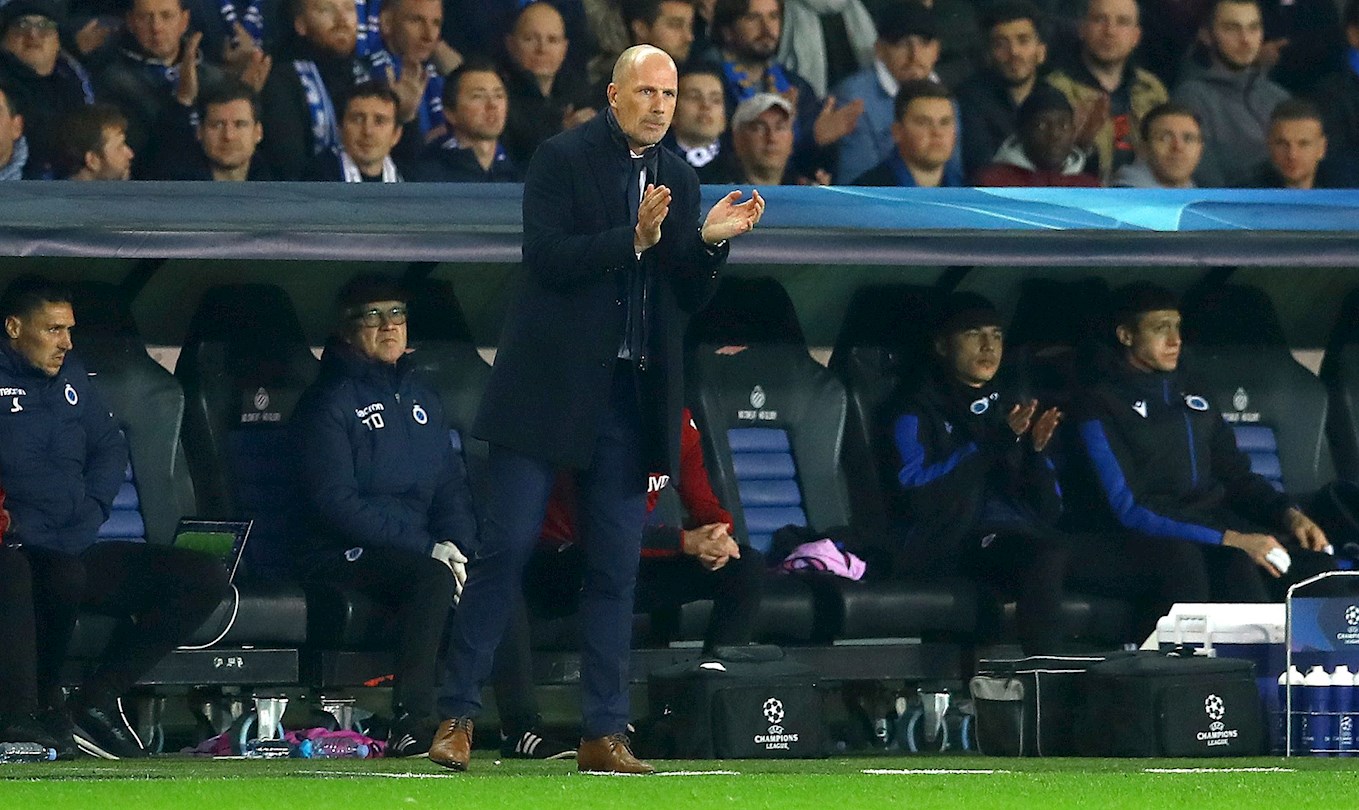 (Please note this article has been updated to reflect current events)