City’s supremos have ranged from long-serving and successful bosses to short-lived gaffers but every one of them has his own place in Coventry history. Jack Fairbrother had 10 months in charge from January to October 1954 but a tragic reason meant he was not able to focus as fully on his job as he would have liked.

Just six weeks after becoming the successor to Harry Storer’s second stint as City manager a domestic accident resulted in the death of his wife after a fall, leaving widower Fairbrother with two young children to help over the loss of their mother.

Storer had resigned over two months before Fairbrother took charge on 11 January with the team having gone half a dozen games without a win. A 2-2 draw in the new manager’s first game at Southend preceded Fairbrother’s home bow. Visitors Brighton had inflicted a 5-1 cup defeat on Coventry in Storer’s final game but were limited to a narrow 2-1 win as Fairbrother’s side looked for a lift against a side destined to finish runners up.

Victory was just around the corner thankfully as QPR were beaten 3-0 in the capital and while there was a narrow reverse at Watford, the second home game under the new manager produced a handsome 4-0 beating of Torquay. That was the beginning of a run of four wins in five games as The Bantams climbed Division Three South. Things then slowed up with just one more victory in the next seven matches before the campaign closed with three wins in a row seeing City nestle in 14th place. 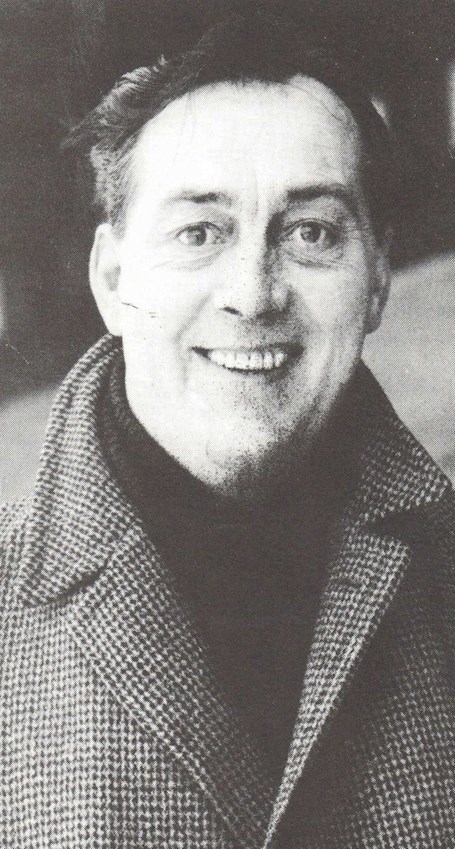 Having had the third best defence in the division, strengthening City’s attacking options was viewed as the summer priority.  A new left flank was acquired, inside forward Tommy Capel and winger Colin Collindridge were enticed from Nottingham Forest who had finished fourth in the league above. Both in their thirties, the drop in divisions undoubtedly helped them, but both showed they still had plenty to offer.

Fairbrother must have looked like a genius as City carried on their three game winning run from the previous campaign by starting with six wins and a draw. Capel contributed five goals in that opening spurt with Collindridge also getting off the mark, but it was centre forward Eddy Brown who benefited most from being copied in by ‘CC’ as Capel and Collindridge created. Brown bagged eight goals in the first seven games including a hat-trick but his success would prove to be a double edged sword as he attracted interest that led to the manager resigning. 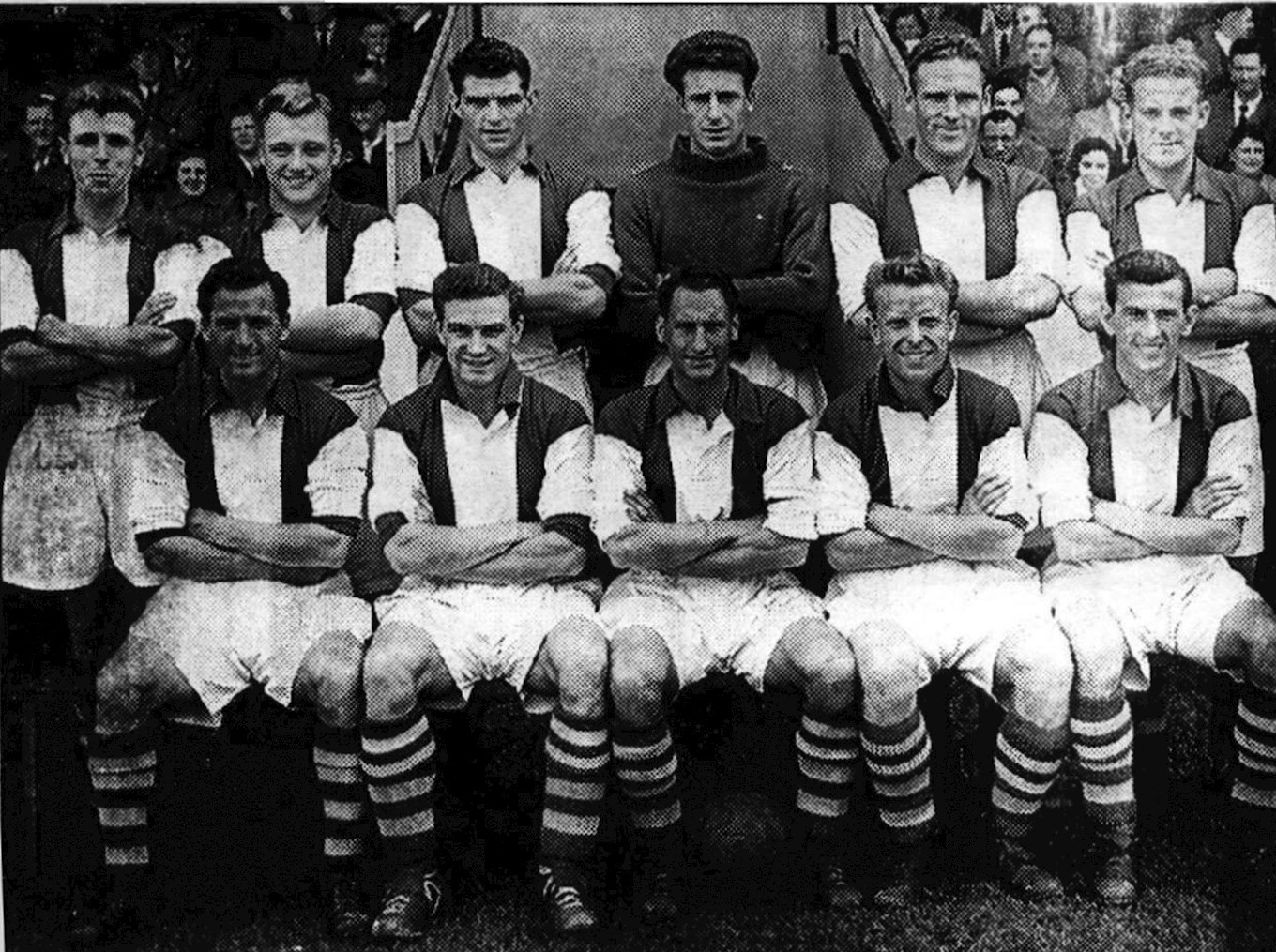 In the days before squad rotation or even substitutes the value of a settled side was often seen and Fairbrother took the age old attitude of, ‘If it’s working, don’t fix it’ as he fielded the same XI in all of the magnificent seven the season started with. Collinbridge though was missing as the unbeaten start ended with a narrow defeat at Gillingham in mid-September. Once the spell was broken, Fairbrother’s team took only two points from five fixtures as the head start they had given themselves was whittled away.

By the end of the following month Jack would be gone and yet in that month of October his side were unbeaten with his star signing Capel getting on the score-sheet in each of Jack’s last three matches, including the winner at home to Watford 24 hours before Fairbrother resigned.

The team that Jack built produced that unbeaten run despite the sale of centre forward Eddy Brown. A former Southampton player, Brown had indeed been a saint for City in Fairbrother’s first season when his 20 league goals were a dozen more than anyone else managed. So far this time around he averaged two goals every three games, a strike rate second division Birmingham City found appealing as they secured his transfer to St. Andrew’s where a managerial change of Blues own was occurring, as Arthur Turner succeeded Bob Brocklebank.

In the face of the personal tragedy Jack had attempted to overcome early in his tenure, the difficulties of mounting and maintaining a promotion challenge, the sale of the man most likely to spearhead such a charge was a kick in the teeth for the manager, who tendered his resignation. 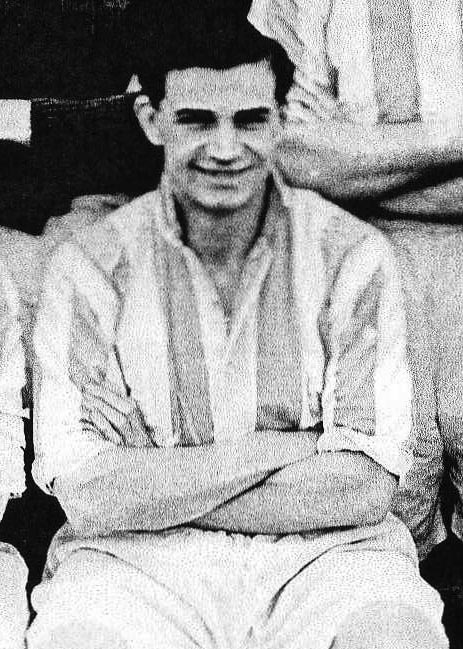 With Charlie Elliott as acting manager Coventry improved on the previous season’s 14th position by five places. Meanwhile at Birmingham, Brown’s first goal came on the same afternoon as Fairbrother’s final match in charge of Coventry. A natural goal-scorer, the higher level didn’t trouble him as a goal every two games saw him earn a championship winner’s medal – Birmingham edging the title on goal average from Luton while third placed Rotherham, on the same points, unluckily missed out altogether. Brown’s Blues tally included a hat-trick in a sensational 9-1 win over Liverpool. Maybe if he had remained at Highfield Road his goals could have propelled Coventry and Jack Fairbrother to promotion?

Fairbrother’s own next step took him abroad, resurfacing in 1955 as coach to Israel where he stayed for four years having started with Maccabi Petah Tikva.  Returning to England in 1961, Jack managed non-league Consett and Gateshead in the north-east where he had starred for Newcastle. Taking over at Gateshead in June 1962 it was ironic that six months later he left them for third division Peterborough - The Posh having been elected to the Football League in place of Gateshead two and a half years earlier.

Fairbrother had been player-manager of Peterborough before coming to Coventry, enjoying some impressive cup results in his initial spell. In more recent years Peterborough had enjoyed a meteoric rise. This was their third league season. They had won the fourth division at the first time of asking, finished fifth in the third tier a year later and under Fairbrother would claim sixth place in 1962-63.

A year later Jack’s Posh found life a bit tougher, finishing 10th.  He left his post in February but his team were almost responsible for Coventry missing out on promotion. In City’s final away game Peterborough inflicted the only defeat Jimmy Hill’s team suffered in the final eight games but thankfully promotion was secured just four days later.

For Fairbrother his February ’64 departure brought to an end a career of over a quarter of a century, stretching back to before the Second World War. Born in Church-Gresley near Burton upon Trent on 16 August 1916 in the middle of World War One, Jack was a goalkeeper who began with his local club Burton Town.

Moving to Preston in March 1937 he saw his new club contest the FA Cup final a few weeks after joining them. Losers on that occasion, North End won the trophy a year later. Jack waited until the 1939-40 season for his debut, taking over from England international ‘Harry’ Holdcroft. Unluckily for Fairbrother that season was cancelled after three games with appearances expunged from the records.

Clearly the loss of the opportunity to take part in games of football pales into insignificance compared to the horrendous loss of life in war-time. Nonetheless Fairbrother missed out on six years at what would have been the beginning of his career, and consequently was nearly 30 by the time he made his official league debut.

During the war he played as a ‘Guest’ for Blackburn, Burnley and Chester. His talent was such that he was selected for representative war-time fixtures, appearing for The National and Metropolitan Police, The Army and Western Command. Fairbrother also played for the League Select XI against the Scottish League in October 1941 as a teammate of Stanley Matthews and Joe Mercer.

In total he played 155 war-time and peace-time games for Preston before a £6,500 move north to second division Newcastle United in July 1947. Later that season The Magpies would break their club transfer record when paying £18,500 to Coventry for George Lowrie. 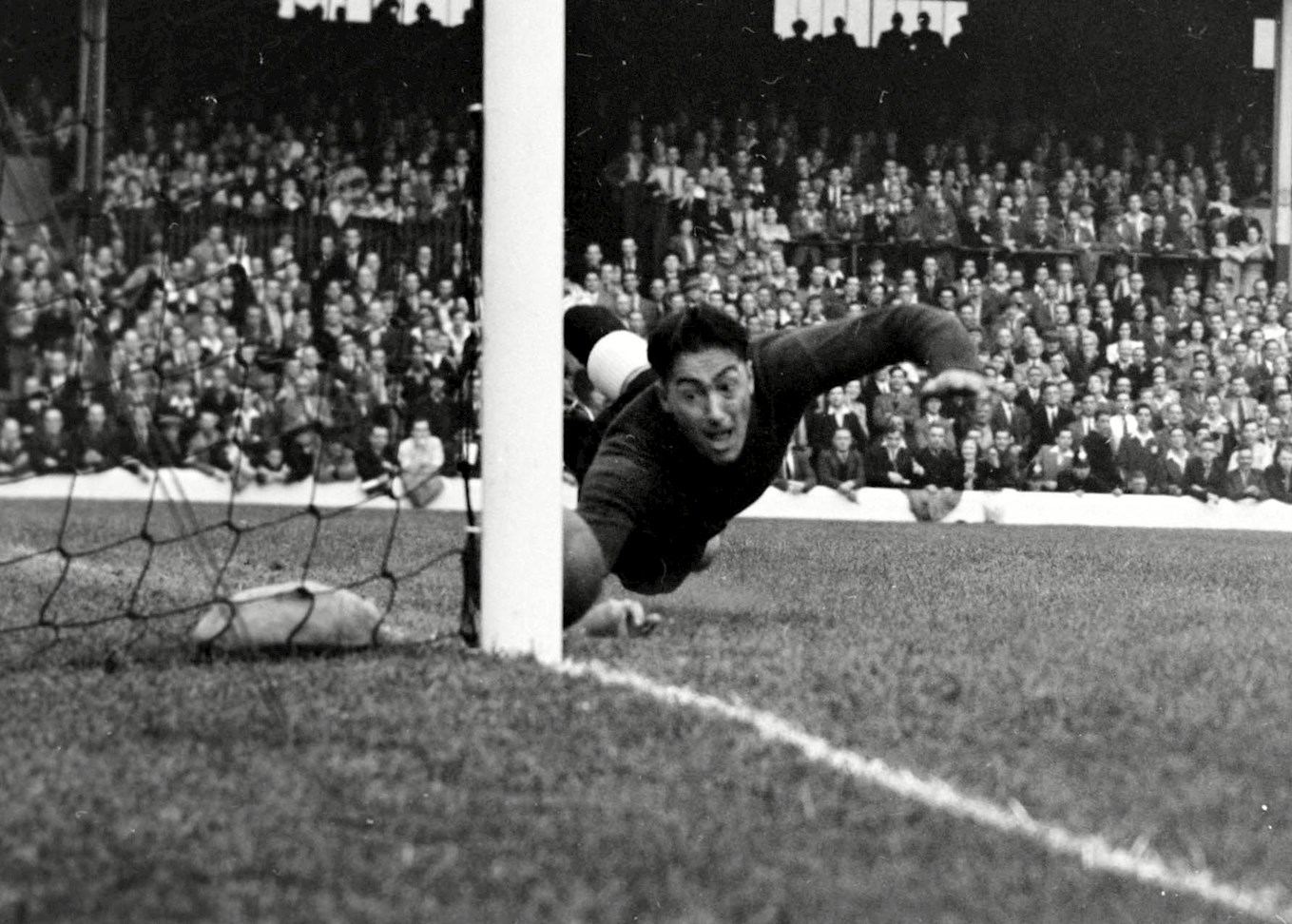 Debuting for The Magpies in a 6-1 win against Plymouth Argyle on 23 August 1947 Fairbrother played 26 times in his first season as he helped Newcastle to promotion. It wouldn’t be the only honour Jack would gain with Newcastle. In 1950-51 he would play 50 times, being ever present in league and cup, keeping a clean sheet at Wembley in the cup final where United won 2-0.

Ten years earlier he had experienced another Wembley final, in the Football League War-Cup as a team-mate of legendary future Liverpool manager Bill Shankly. Preston eventually beat Arsenal in a replay at Blackburn.

In contrast to never missing a game in 1950-51, Fairbrother never made another league appearance at St. James’ after winning the FA Cup. He played in the opening two games of the following season but suffered a broken collar-bone away to Manchester United.

In total Jack made 144 appearances for Newcastle, his time as number one at St. James’ being curtailed through the rise of Ronnie Simpson who became one of Newcastle’s best ever ‘keepers and in time, the first British goalkeeper to win the European Cup with Celtic in 1967.

As a goalkeeper Jack Fairbrother was seen as a safe pair of hands. As a manager he showed promise at Coventry before his resignation and his record at Peterborough was not at all bad. Renowned for his positional sense as a ‘keeper Fairbrother did have a lighter side, was something of a practical joker and liked to wear his white police gloves as a sporting custodian.

In retirement Fairbrother lived in Titchmarsh near Kettering and passed away on 17 October 1977 at the age of 82. His brother Tony played for Burton Albion while his uncle George Harrison was a former England international who committed suicide by cutting his throat in the Rising Sun pub he was licensee of in Jack’s birthplace of Church-Gresley. That first tragedy of Fairbrother’s life came just as Jack’s career was getting going in 1939. Given that and the sudden death of his wife, Jack Fairbrother did well to keep himself as well as his football teams on an even keel. 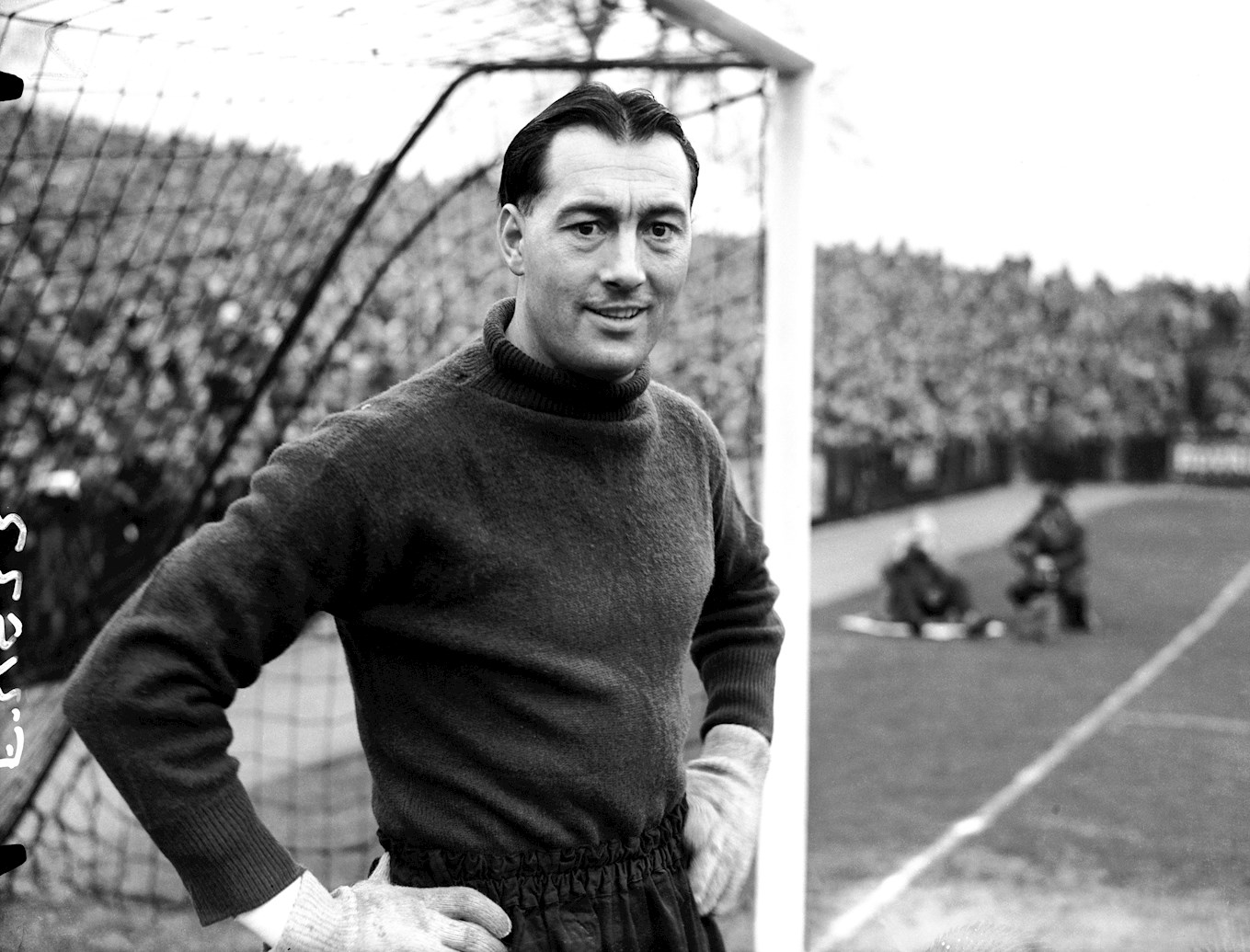