After a successful debut year for the new-look Sky Blues Goalkeeping department, Aled Williams discusses how his group are looking ahead of the new season.

Last year, the Head of Goalkeeping was joined by Marko Marosi and Ben Wilson, as they came in to work alongside youngsters Tom Billson and Cian Tyler.

Marko would go on to have a successful first year at the club, whilst Billson and Tyler enjoyed loan spells at Barwell.

As the four reunited two weeks ago for the start of pre-season, Aled spoke of his delight at how his group have looked since training resumed.

“They’ve come back sharp and strong surprisingly, considering the time off they’ve had, but we gave them a good physical programme and we’ve kept in touch during lockdown.

“They’ve come back and performed really well and they’re excited to be back and full of energy and enthusiasm.”

Due to the outbreak in Covid-19 across the world, the 2019/20 League One campaign came to a halt, with City eventually being crowned champions.

Throughout the league season, Marosi would make 14 clean sheets, falling one short of Peterborough’s Christy Pym and the League One Golden Glove, having played a game less.

The way City were playing before the lockdown, it looked as if Marko would secure the award, but it wasn’t to be and looking back on the year the ‘keeper had, Williams was delighted.

“We scouted him for a while, and we knew what we had to work with and luckily for us he had that growth mindset and he wanted to learn and develop and get better.

“We had to change a few things with him and we knew why we signed him and what we wanted, it was just about adding little details and he was open to it and did it and he was unlucky just to miss out on the golden glove for league one.”

By his side throughout the course of the season was Ben Wilson, who joined City from Bradford City in the same summer window.

Despite not getting the minutes he would’ve liked, Aled couldn’t give enough praise to the 27-year-old.

“It’s a tough one for a number two as such, but I probably couldn’t give Ben enough praise to be honest because his attitude is outstanding, he doesn’t sulk, and he doesn’t moan.

“Of course he’s disappointed he isn’t playing, but he’s always driving himself and driving Marko and they have a really good relationship where they will talk tactically and ask each other opinions and we have really tight goalkeeper’s union with all four of ‘keepers and they all need each other to develop.

“Ben has been brilliant off the pitch with the outfield lads as well. He doesn’t say no when they want to do extra shooting sessions and he’s got that willing mindset and he was a big factor in what we did last year, and he is an unsung hero so to say.”

One of those four ‘keepers Aled mentioned is academy graduate Cian Tyler, who signed his first professional deal a few weeks ago and the Head of Goalkeeping explained why he earned contract.

“The biggest thing Cian has done is work hard. When I came into the club last season, I had to take a look at him because I had never worked with him before and we did a development plan for him and gave him some short and long term goals and he achieved them all and he thoroughly deserved the deal in the end, it was a no brainer.

“He went out on loan to Barwell last season where he excelled which is good and again he’s proven it now in the last two weeks that we’ve been in, that he can cope at this level and its exciting to have him on board.”

Tyler will join Tom Billson as the second academy graduate in the goalkeeper’s set-up and the 19-year-old will now look to push on from his first season as a pro.

“Tom is looking very good at the moment.” Williams said.

“He had the same loan as Cian last season at Barwell and then came back and he had a different plan to Cian because we wanted to get his feet going and he’s been really strong in pre-season.

“He’s pulled off some outstanding saves and he’s really challenging and pushing himself and both him and Cian are a credit to themselves and all of the success we had last season, they were part of it and they were unsung heroes because they were in the sessions with Ben and Marko and they had to try and keep up with them and they did that really well and have done themselves proud. 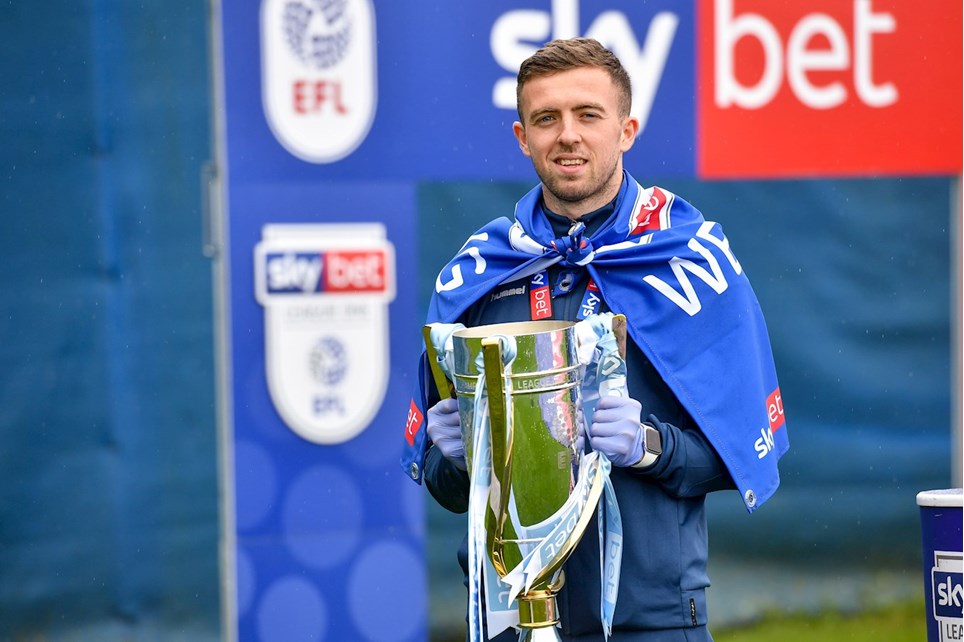 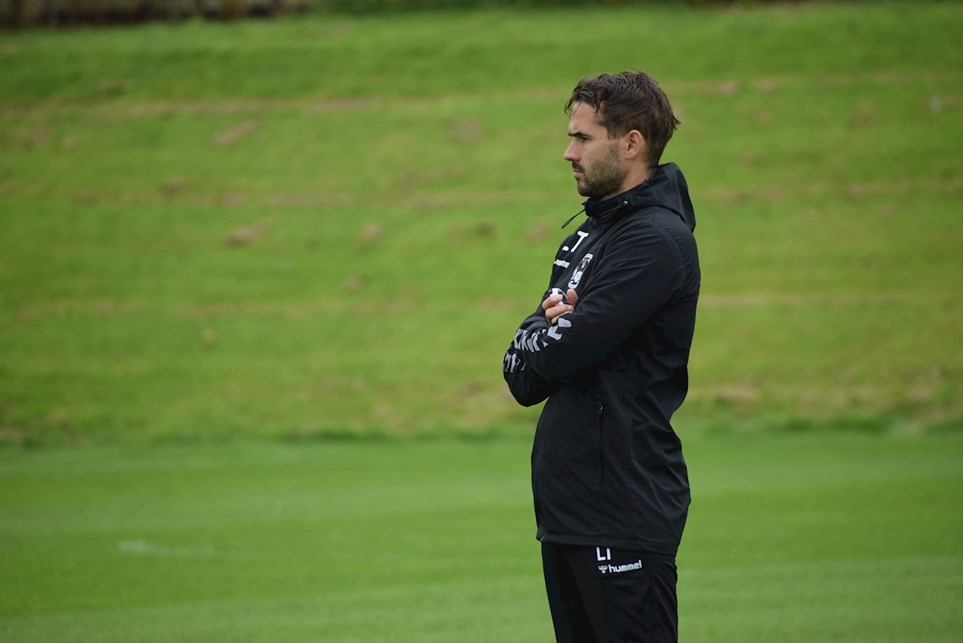 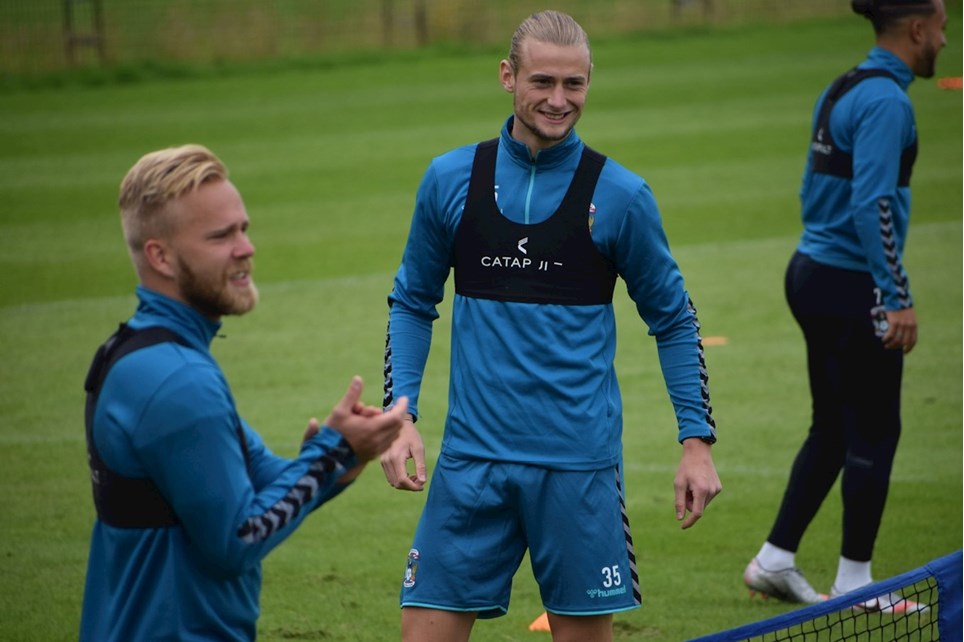 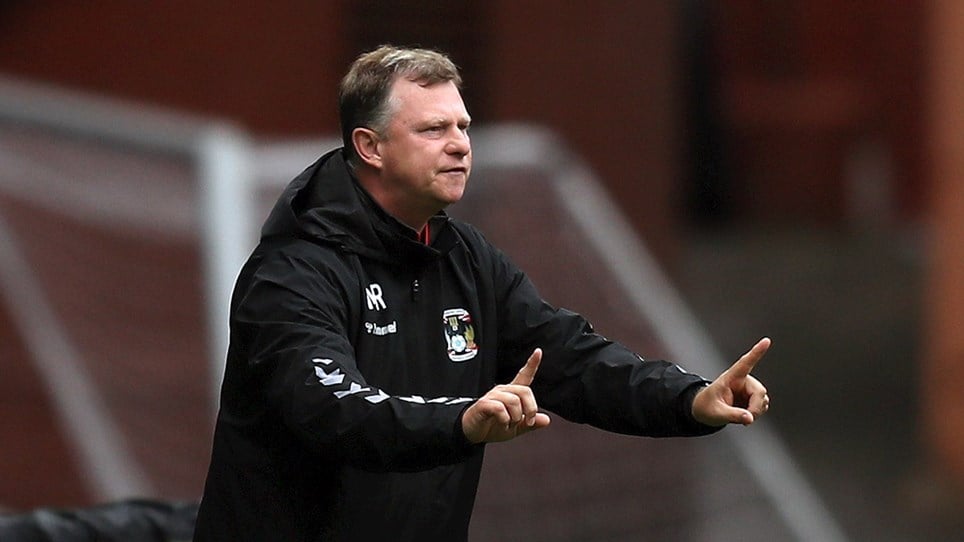 
Sky Blues boss Mark Robins was pleased with what he saw from his side in their first outing against Rangers yesterday evening.