In a feature first published in PUSB, writer Rob Mason investigates international players who represented their country while on Coventry’s books - this time, it's Stern John!

When Stern John went to the 2006 FIFA World Cup in Germany with Trinidad & Tobago as a Coventry City player, only Mexico’s Jared Borgetti could better his dozen goals in qualification.

At the finals themselves when Coventry’s Clayton Ince joined John in the T & T squad, Stern played against England who won with two late goals in Nuremberg. John had a ‘goal’ disallowed for offside right at the death, having earlier seen John Terry clear his goal-bound effort off the line. The Coventry striker also played in a goalless draw with Sweden in Dortmund and against Paraguay in Kaiserslautern where another 2-0 defeat saw Trinidad and Tobago quickly eliminated.

Stern had been in excellent form with the Sky Blues leading up to the finals having scored in five of his last seven games. He had cost Coventry £200,000 in September 2004.

A scorer on his international debut – aged 18 - against Finland in February 1995, Stern had started his career in his home country with Malta Carib Alcons, moving on to Carolina Dynamo and subsequently Columbus Crew before leaving the USA to sign for David Platt at Nottingham Forest twenty years ago next month. Helping convince Platt of his new man’s attributes had been a run of scoring in twelve successive internationals in his last season playing in the States. 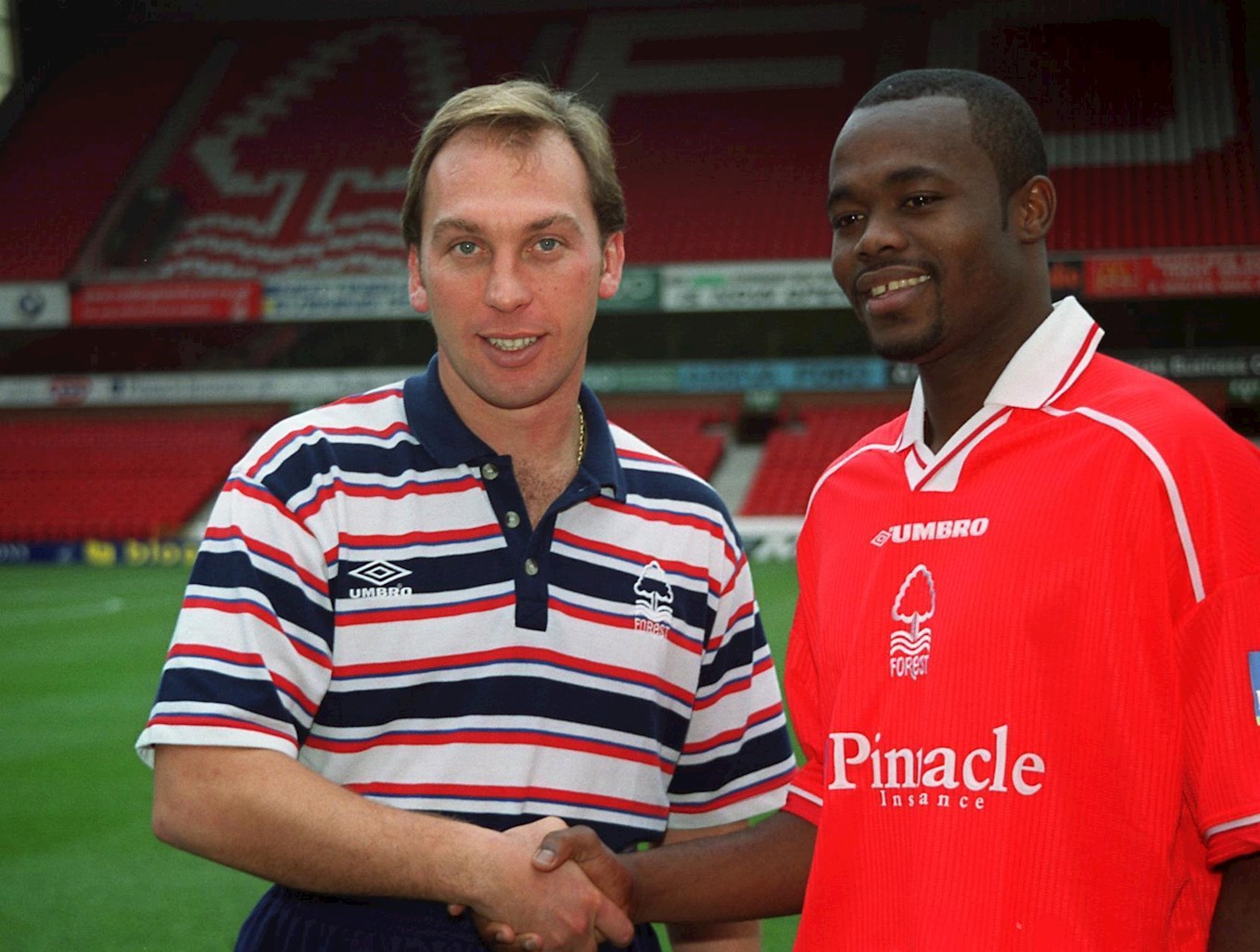 He made an instant impact with a debut strike against Pompey but goals were few and far between in his first couple of seasons. Nonetheless Stern’s strength and ability to lead the line made him a regular pick and during that second season he was still selected for World Cup qualification duty against Costa Rica in March, despite his only goal in 24 games for Forest that season having come in a League Cup tie with Darlington.

John had found his shooting boots with goals in consecutive games before his next international outing against Mexico and although he got an international goal in mid-summer it wasn’t enough to prevent a home defeat at the hands of Honduras.

A first visit to Coventry resulted in the first red card of his English career in August 2001 but with the suspension only counting domestically he was free to play in two World Cup qualification games in the following week.

The goals started flowing for Stern in October. A hat-trick at Millwall was followed by another goal next time out and by the end of the season Stern had scored a total of 23 in the campaign. On 29 December he scored in a 2-1 win over Coventry. Three days later he marked New Year’s Day by scoring in a fourth consecutive game. It would be his last for Forest and against the team who would sign him in the January transfer window –Birmingham.

Involvement in the Gold Cup delayed his Blues debut when he scored the winner against Barnsley, Stern having been a scorer at the Gold Cup against Costa Rica. He was back at Coventry in March – the only game in a sequence of five where he failed to score as he powered Steve Bruce’s Blues to the Premier League. Notably he scored the winner in the play-off semi-final with Millwall and then scored in the penalty shoot-out against Norwich in the final. 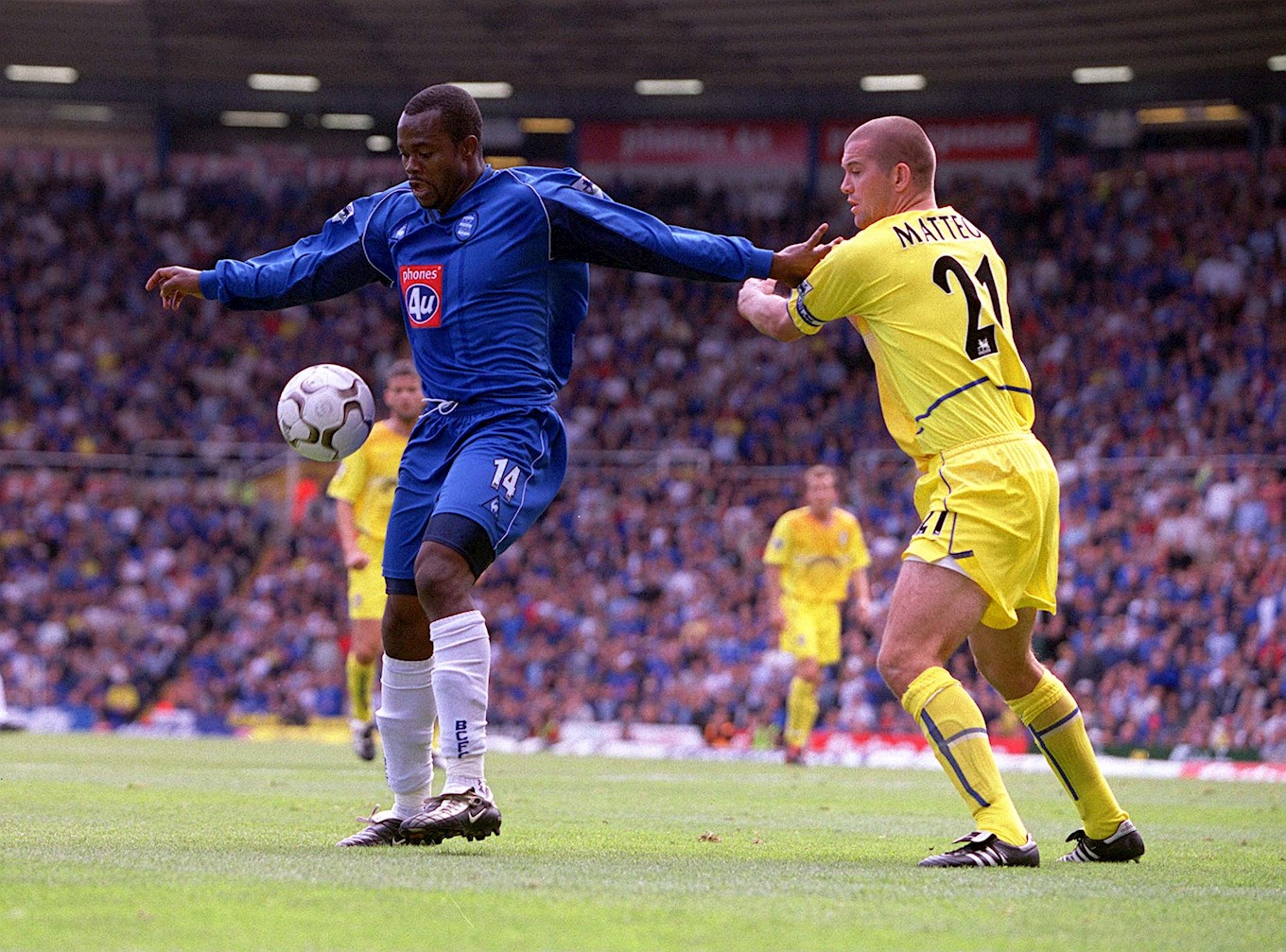 A goal from the penalty spot on his third Premiership appearance earned Birmingham their first point of the season at Everton with another hat-trick coming soon afterwards in the League Cup at Leyton Orient. Having got a taste for the East End of London he added another couple three days later in the Premiership at West Ham.

Although he kept playing regularly for Birmingham, goals became occasional rather than regular occurrences, albeit there were some important strikes, not least one that helped earn a point in the second city derby at Villa before the season closed with a T & T goal against a Scotland side that included Steven Pressley. 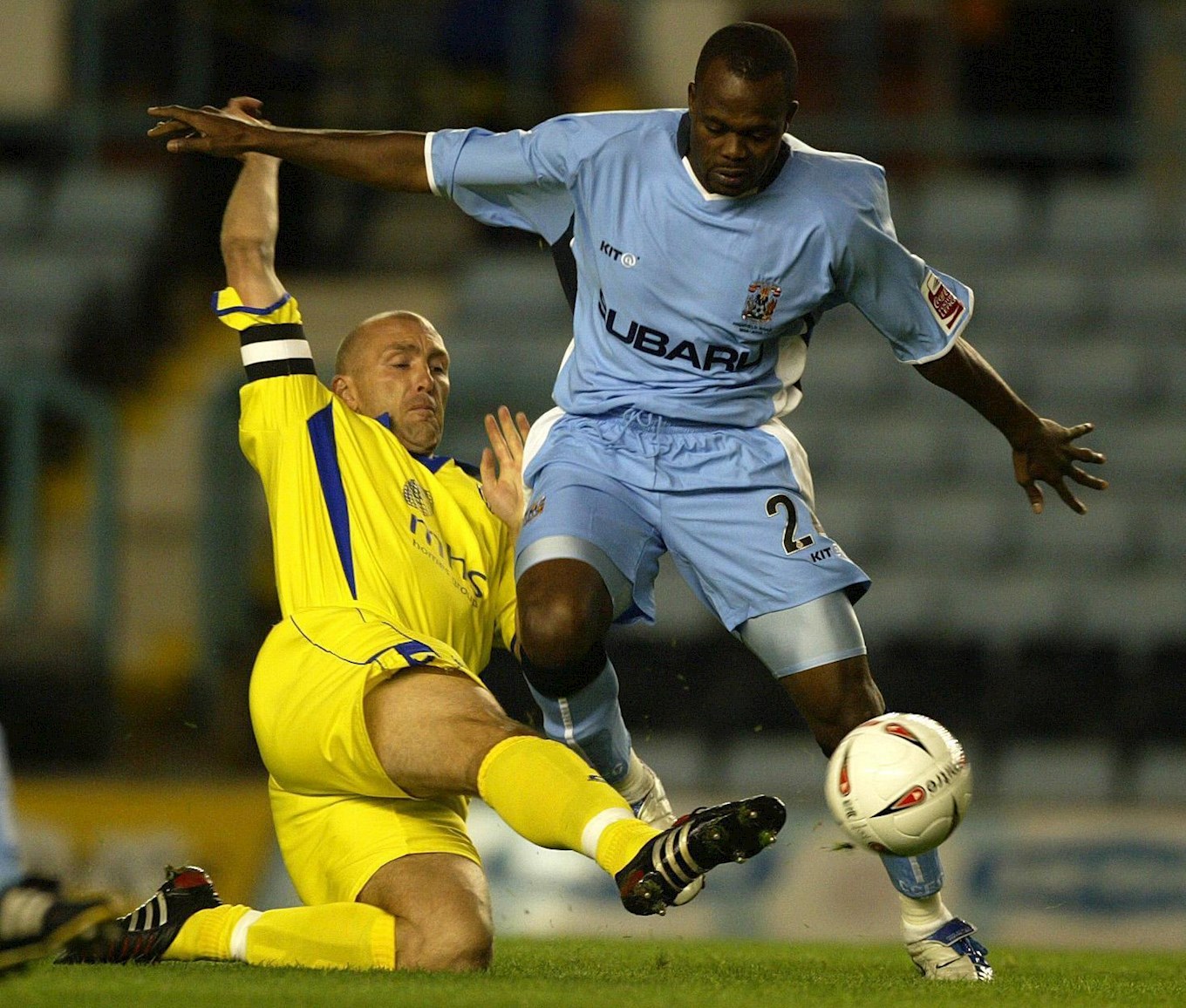 After starting the 2004-05 season with the last three of his 81 games for Birmingham, Stern switched to Coventry, getting a goal on his debut against Gillingham having been bought by Peter Reid. It was a tough season for the Sky Blues but one where Stern was a major figure as he helped Coventry maintain their championship place with a dozen goals, including two in Highfield’s Road last stand as Derby were demolished 6-2.

By mid-January of the following season as Derby arrived for their first visit to the Ricoh, Stern had only scored once. Again he got two as six were stuck past the Rams. That brace against a Derby side he had been on loan to in the autumn sparked a goal-rush that culminated in those World Cup finals appearances for the Soca Warriors at the end of the season.

His World Cup manager Leo Beenhakker - a former boss of Real Madrid and Ajax amongst many others said of Stern, “He is a fantastic player. Sometimes you play good, sometimes you don’t, but Stern is pure class.” The big forward had a deft touch that belied his strong frame and at times he could produce moments of crowd-pleasing magic. Unfortunately for Trinidad & Tobago Beenhakker left to take over as boss of Poland at the conclusion of the 2006 World Cup which had been T & T’s first experience of the finals. 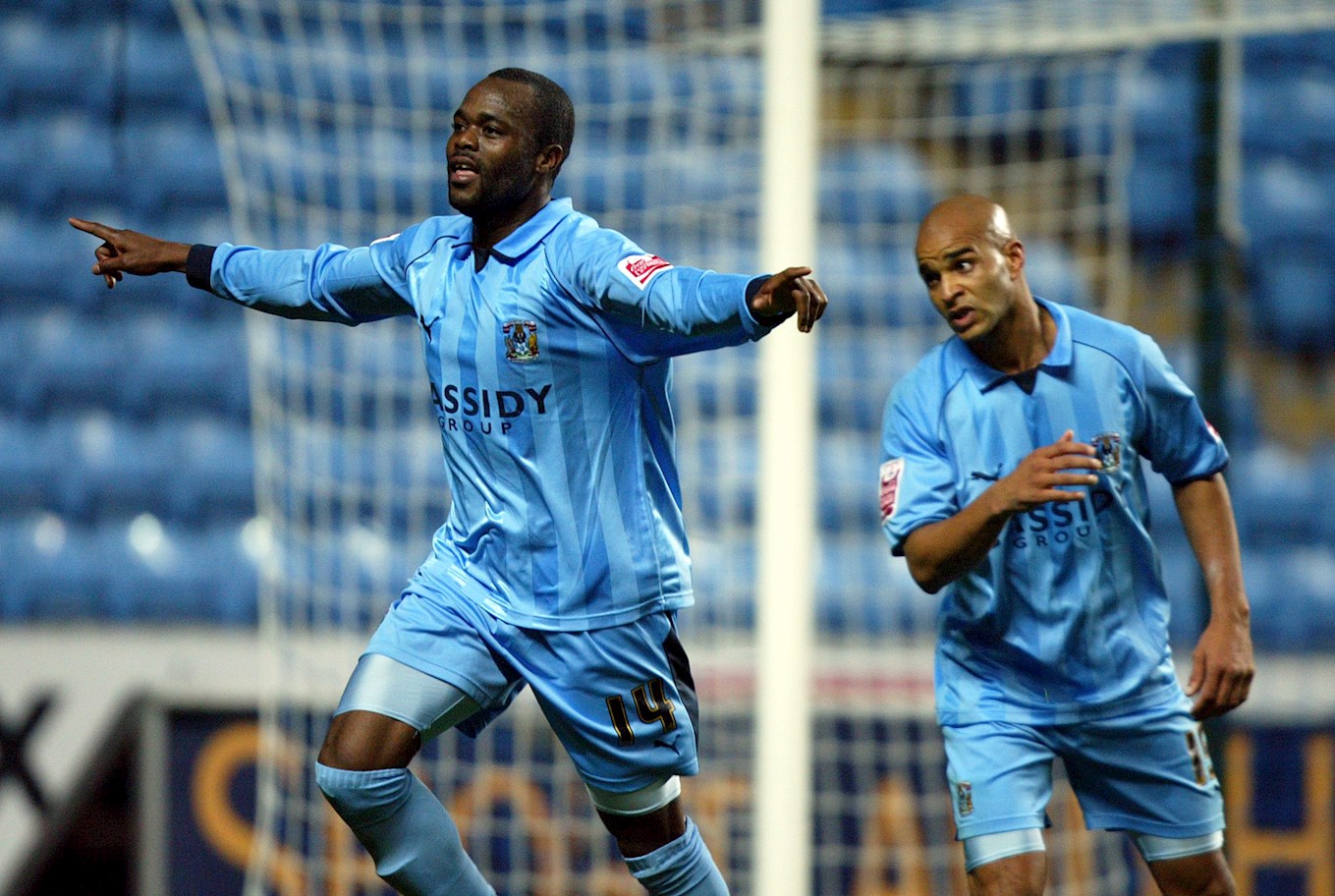 Stern returned to Coventry to score on the opening day of the season against Sunderland but by the time the return fixture came around in February he was debuting against Coventry for Sunderland where he had been signed by Roy Keane to bolster the Black Cats as they went on to the Championship title. He played just one game in the Premier League for Sunderland – scoring against his old club Birmingham at St. Andrews before moving on to Championship Southampton. 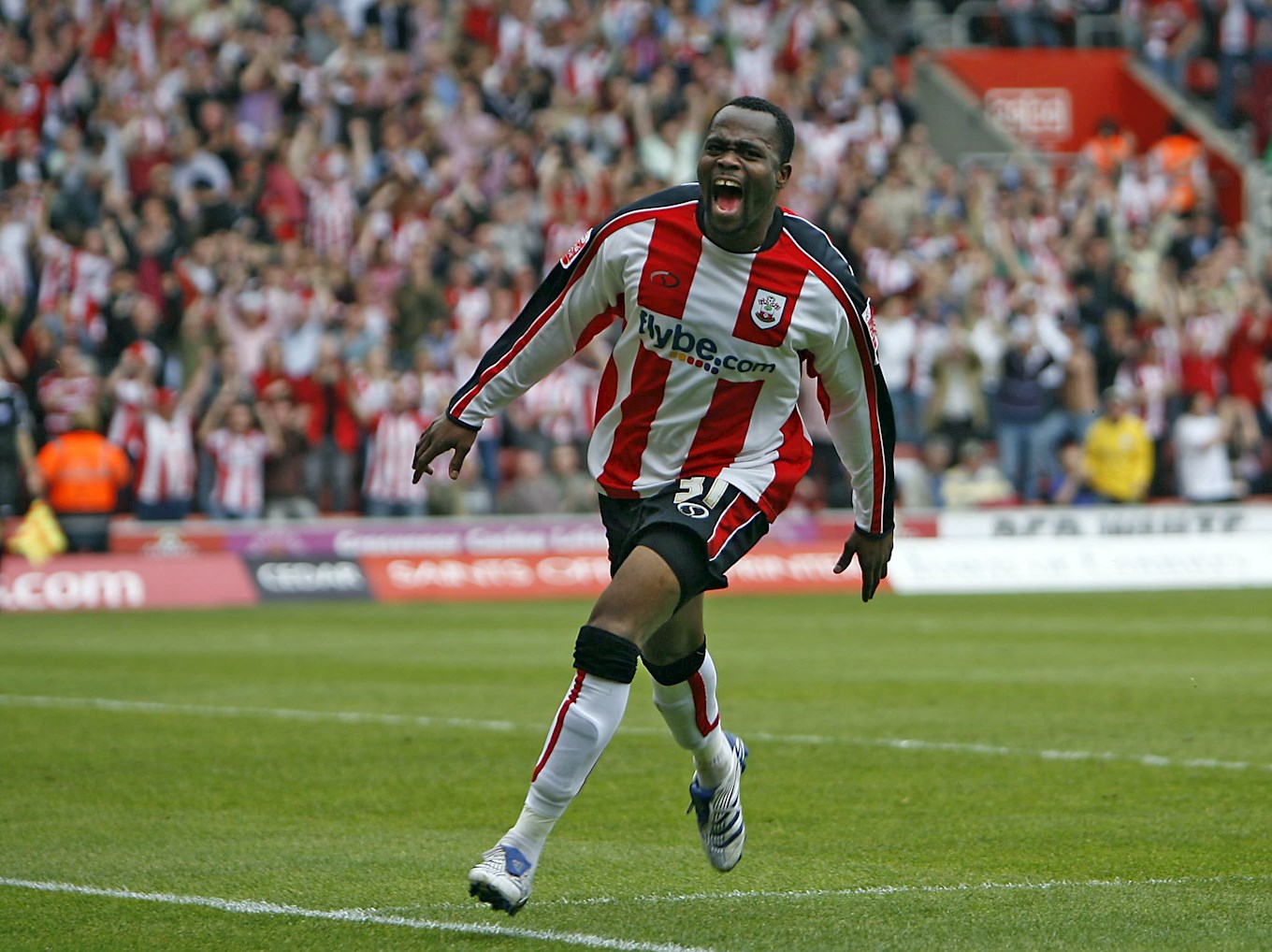 Stern and the Saints went well together. A hat-trick against Hull helped towards his season’s tally of 20 – goals that were crucial as Southampton finished a point ahead of Coventry, both just saving themselves for relegation. John’s form in front of goal meant he led the line in a summer meeting with England in the Caribbean, a game in which Clayon Ince was beaten three times without reply as Fabio Capello’s England tried to curry favour ahead of future World Cup votes.

Following this second appearance against England there would be just two more seasons in English football but three more clubs in Bristol City, Crystal Palace and Ipswich, those spells with the Robins and the Tractor Boys being loans. There would also be just six more goals - one of those against Coventry in 2010 at Ipswich, his only goal for the Portman Road club. Stern had always had a penchant for goals against Derby and signed off with a goal that earned Palace a point at Pride Park on his third from last senior appearance in English football, although he did turn out for Solihull Moors between August and November 2012.

Inducted into the Trinidad & Tobago Sports Hall of Fame in 2015, Stern holds a host of personal and team accolades including being his home country’s Footballer of the Year in 2002. He moved into coaching with T & T side Central FC in 2016 and totalled 70 international goals from 115 appearances.

For all of his achievements though playing all three of T & T’s games at their first World Cup must rank as his greatest – and he did so while a Coventry player. 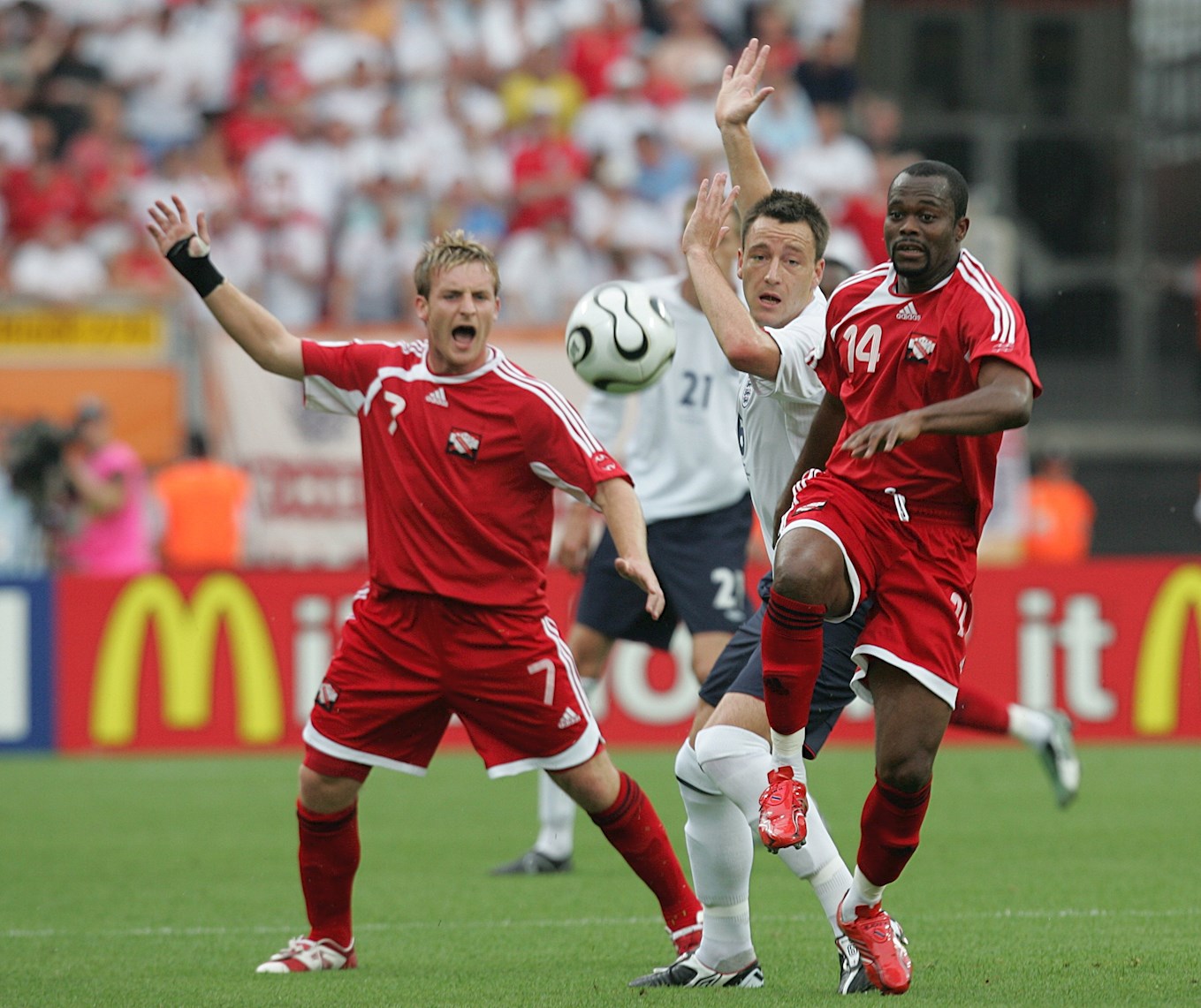