Another hat-trick from Matty Godden and a goal from Jordan Shipley handed the Sky Blues the perfect start to the new year as they claimed back-to-back away wins in Sky Bet League One with a dominant victory against Tranmere Rovers.

Godden opened the scoring inside five minutes with a well-taken header before Shipley doubled the lead with a composed finish on 17 minutes.

Connor Jennings pulled a goal back for Rovers before the interval before Godden wrapped up the points when he finished off a fine move in the second half.

The striker then completed his hat-trick from the penalty spot in injury time which means he has scored hat-trick’s in his last two league outings after last week’s treble away at Wycombe Wanderers.

The win moves Mark Robins’ side up to third in the table and sees them claim three league wins on the bounce for the first time this season.

The Sky Blues started the game on the front foot with Liam Kelly testing Tranmere keeper Aaron Chapman with a 30-yard drive in the opening minutes.

That quick start soon led to a goal when Liam Walsh produced a delightful cross for the run of Godden who headed past Chapman after just four minutes to hand City the lead.

City continued to dominate proceedings in the opening exchanges and were unlucky not to double their lead when Fankaty Dabo’s low cross from the right was turned over the bar by Zain Westbrooke from inside the penalty area.

Sam McCallum was next to try his luck when he picked up a loose ball and charged up-field with his effort from outside of the penalty area going inches past the post.

Dabo continued to cause the hosts problems down the right-hand side when he produced another excellent ball, this time for Shipley, with the midfielder firing his effort straight at Chapman.

In a superb opening 20 minutes from Mark Robins’ side, the Sky Blues grabbed a second goal when Kelly lifted a superb ball into the path of Shipley who composed himself before finding the bottom corner to double City’s advantage.

City searched for a third goal on the half-hour mark with Godden heading over the bar from Westbrooke’s whipped corner from the left.

Tranmere pulled a goal back with their first real threatening attack of the game when Kieron Morris played the ball into the path of Jennings who finished well beyond Marko Marosi into the right-hand corner of the goal.

Just before half time, Shipley tried his luck from a free-kick 20-yards from goal, but saw his effort go over the crossbar as City headed into the break with a one-goal advantage.

Tranmere created the first chance of the second half when Jennings was denied his second of the afternoon by Marosi who made a fine save from close range before Dabo cleared the loose ball off the line.

Marosi then made a stunning save to deny Morris’s powerful drive, acrobatically tipping his effort over the crossbar.

After a period of heavy pressure, Dabo was penalised for a shove on George Ray inside the penalty area only for Morgan Ferrier to blaze the resulting spot kick well over the crossbar.

The Sky Blues responded with a chance of their own just shy of the hour mark when Kyle McFadzean connected well with Walsh’s floated corner from the right, but his header was well held by Chapman.

City then came agonisingly close to adding a third when Godden beat the offside trap before skimming the crossbar with his effort around 20-yards from goal.

Eventually, the Sky Blues did find a third goal with substitutes Amadou Bakayoko and Callum O’Hare combining, minutes after entering the fray, before the latter slipped in Godden who finished clinically into the bottom left corner.

O’Hare tormented the Tranmere defence once again when he played a one-two with Walsh, only for the latter’s goal bound effort to be deflected behind for a corner.

The substitute was in the thick of the action again in injury-time when he was felled inside the penalty area by Sid Nelson, allowing Godden to coolly slot home the resulting penalty and complete his hat-trick for the second consecutive league fixture. 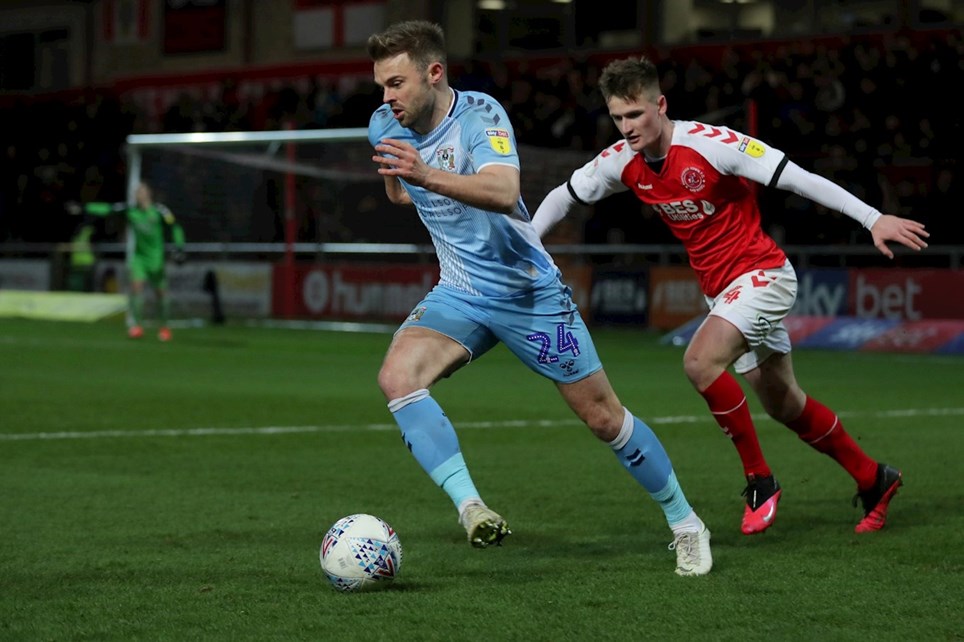 
The Sky Blues were held to a goalless draw by Fleetwood Town at Highbury to extend their unbeaten run to nine matches in all competitions on Tuesday night. 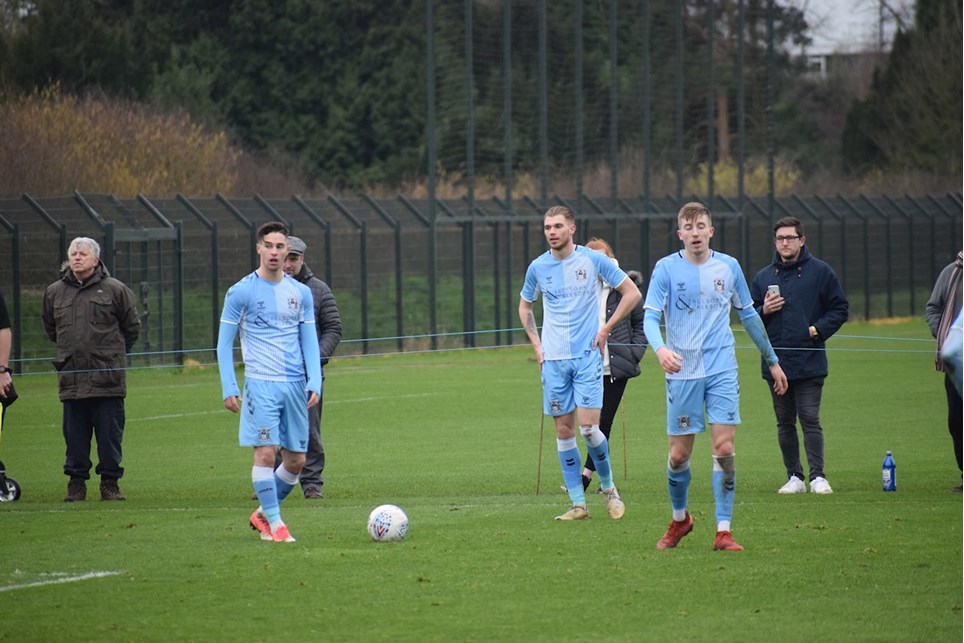 
The Sky Blues Under-23s slipped to their first defeat of 2020 against Ipswich Town at the Alan Higgs Centre. 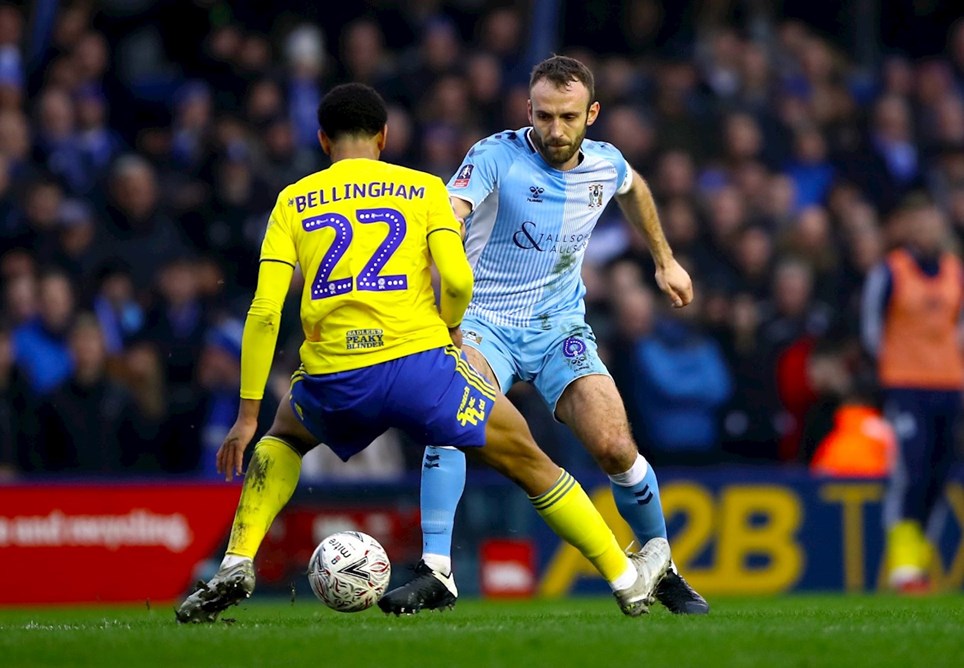 
The Sky Blues were held to a goalless draw by Birmingham at St Andrews on Saturday as both teams lacked the cutting edge to seal the Emirates FA Cup tie. 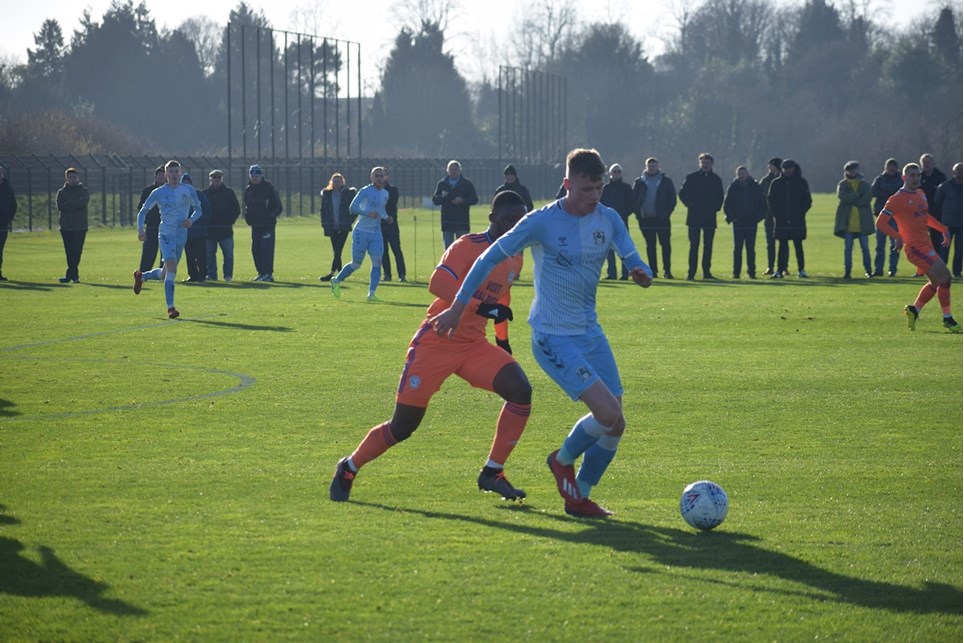 
The Sky Blues were held to a score draw against Cardiff City at the Alan Higgs Centre.