This Saturday the Sky Blues host MK Dons in the first home match of the decade. Here is an insight into our opponents… 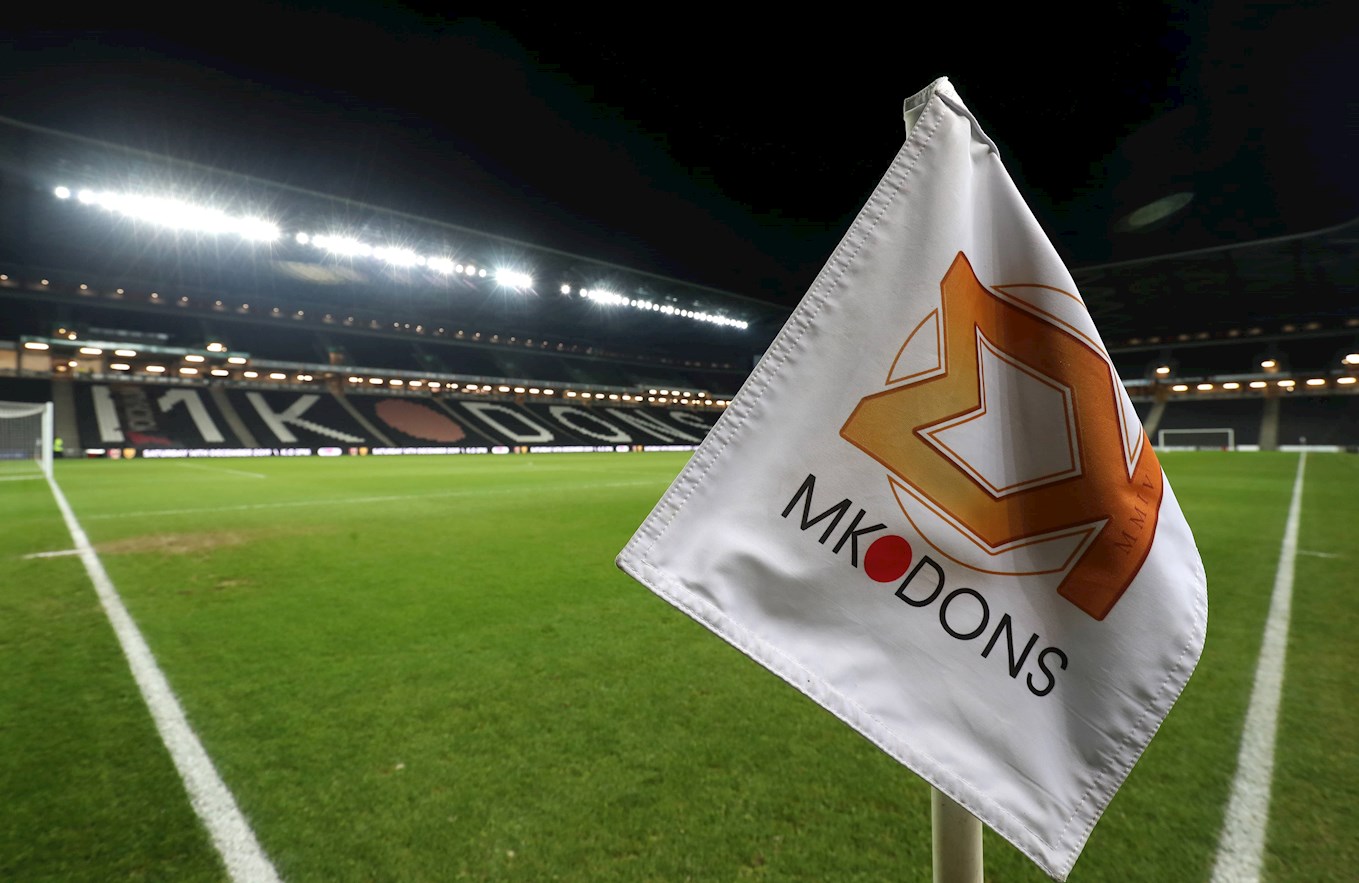 After a difficult start to life in League One, newly promoted MK Dons arrive at St Andrews with three wins in their last five league games.

Currently sitting just outside the relegation zone in 20th, the Dons will be looking to build on wins against Oxford United, Portsmouth and Bristol Rovers when they visit St Andrews.

Midfielder Alex Gilbey is the man to watch – the 25 year old won League One Player of the Month for December after a string of impressive performances and chipping in with three goals in five games.

Before December, the Dons had gone two months without a win in the league. 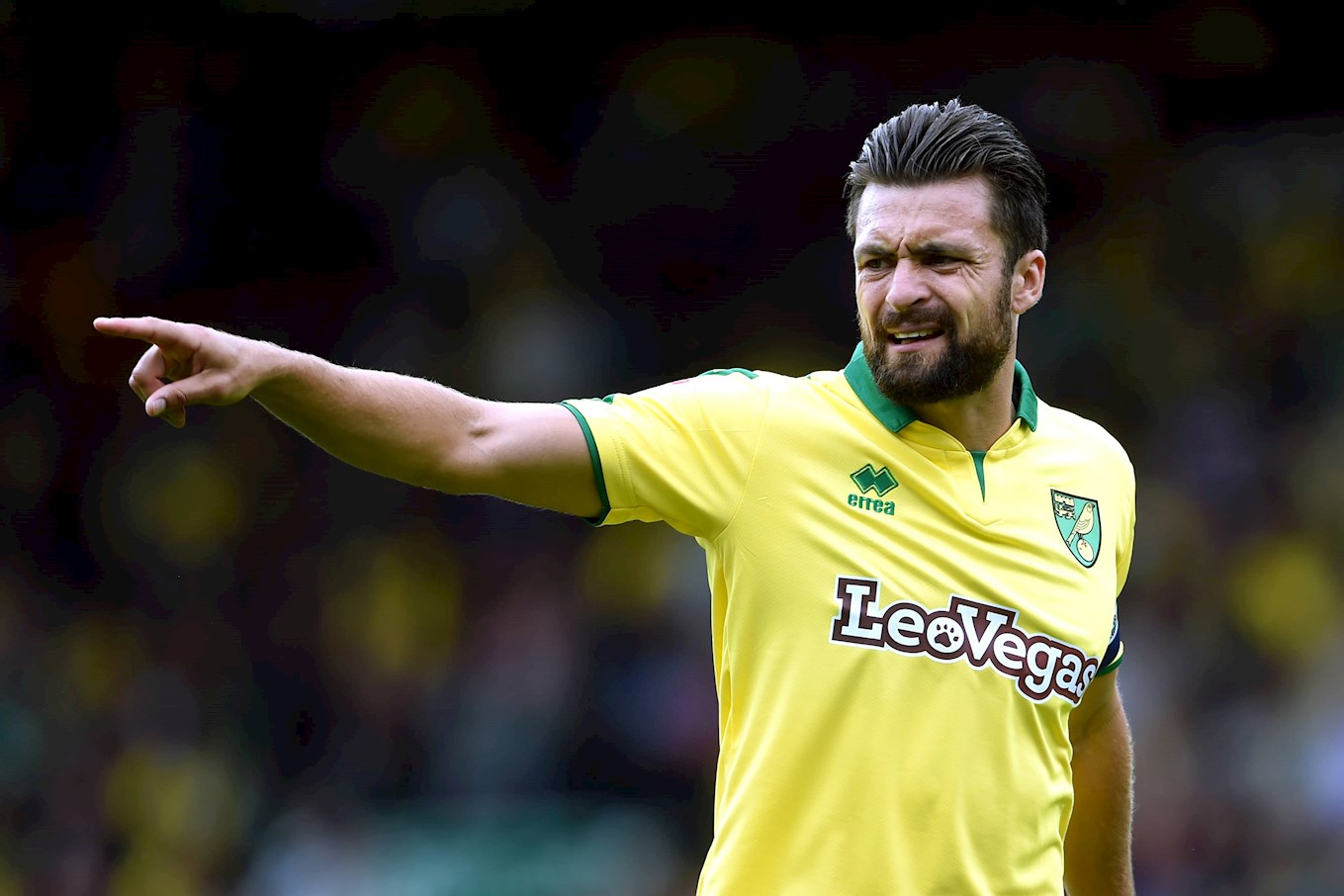 Former defender Russell Martin is the man in the dugout for Saturday’s opposition. The former Norwich City defender and Scotland international is in his first management job after taking the reins from Paul Tisdale in November.

Beginning his playing career at non-league Lewes, close to his birthplace of Brighton, Martin managed over 500 appearances for clubs across the UK, appearing in the Premier League for Norwich City and in the SPL for Rangers.

He was initially a player for MK Dons, before retiring to take over from the manager who signed him, Paul Tisdale. The 33-year-old was tasked with changing the fortunes of a club who had slipped to 9 defeats in their last 10 games, and the Christmas period has proved that MK Dons are capable of playing at this level. 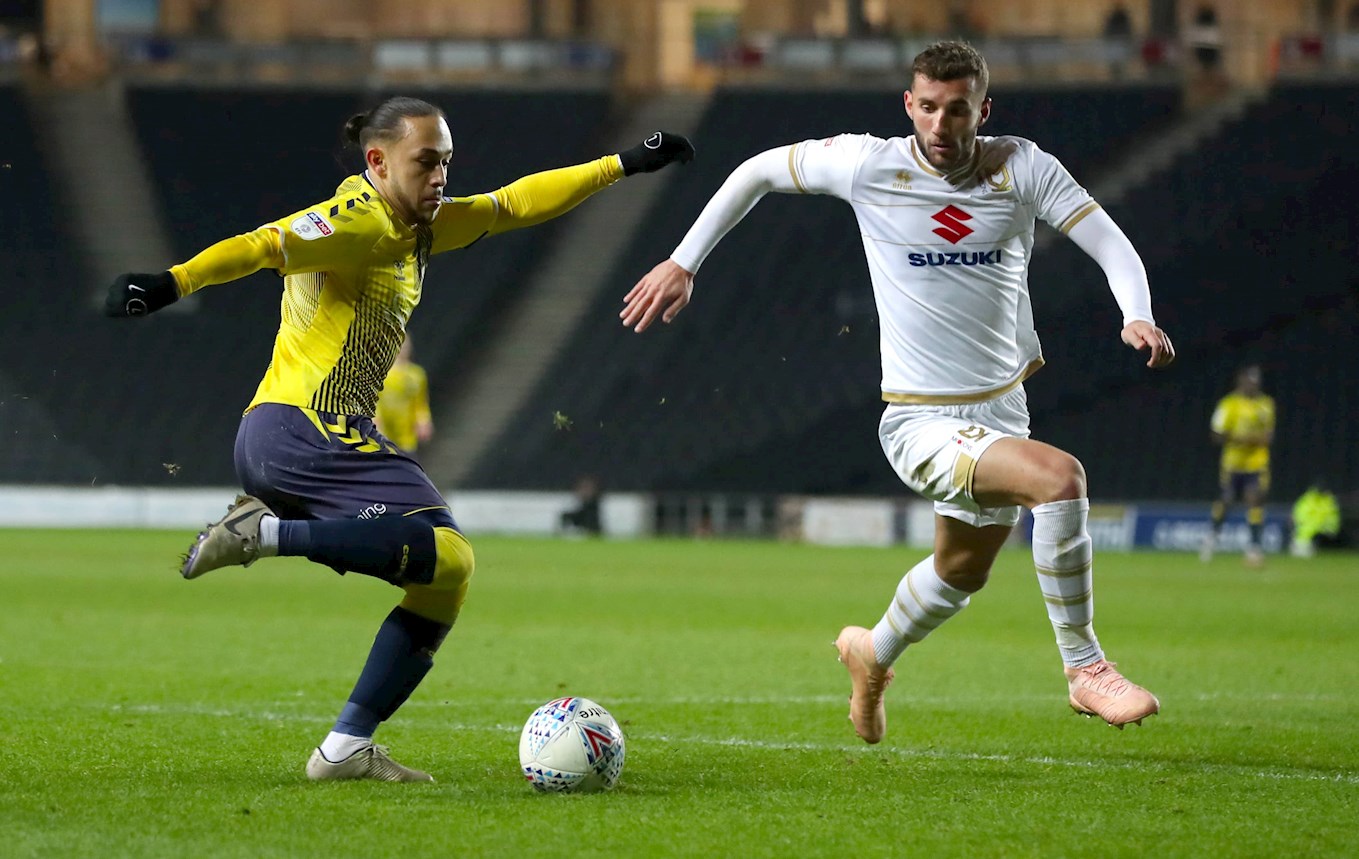 MK Dons and Coventry City have already met twice this season at Stadium MK – the home side won one and it was honours even in the other clash. The most recent match was in the Leasing.com Trophy Second Round, where MK Dons recorded a 2-0 victory to progress to the Third Round.

After a goalless first period, Dons fired two goals in ten minutes to put the match to bed. Striker Kieran Agard and Joe Mason both scored against a Coventry side who saw Jodi Jones make his return to action after a lengthy time out with injury from the bench.

Both sides had chances through the game, but it was the home side who were able to make theirs count. Both Amadou Bakayoko and Jordy Hiwula had chances for the Sky Blues, but they could not find a way past Lee Nicholls.

Youngster Morgan Williams, partnering fellow Under-23s centre half Declan Drysdale at the heart of defence, was also made captain for the first time. 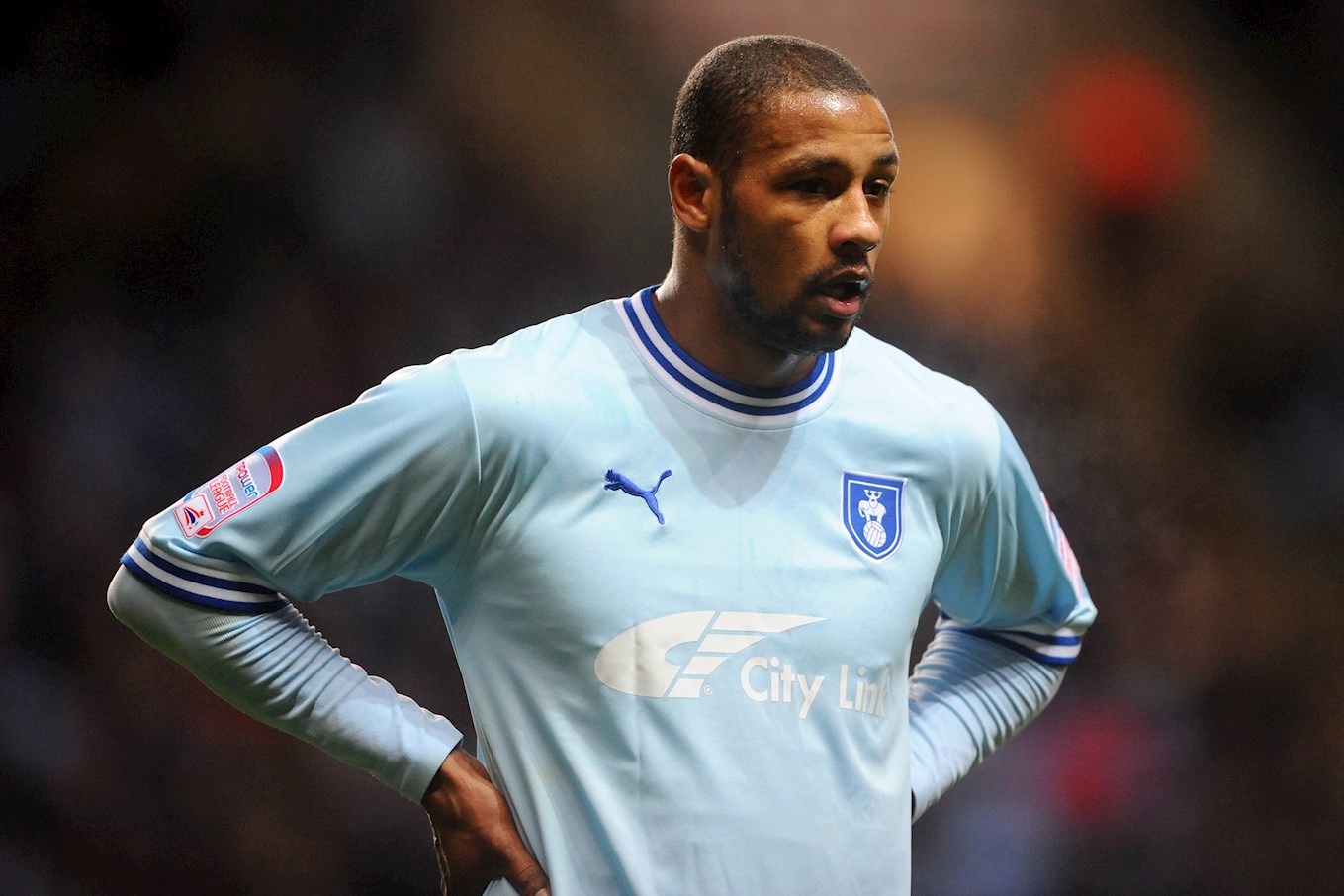 Striker Platt enjoyed his top scoring season of his career in an MK Dons shirt, managing 18 goals in 43 appearances in League Two as his side made the Play Offs. Winning Player of the Season at the club, his form earnt him a move to Championship side Colchester United, breaking the U’s transfer record six times over. His 8 goals could not prevent the club from relegation at the end of the season, however.

But it wasn’t to be Platt’s last venture into the second tier. He signed for the Sky Blues in 2010, and bagged his 100th career goal in a City shirt. He managed 7 goals in 67 appearances for the side, before joining Northampton Town in 2012. 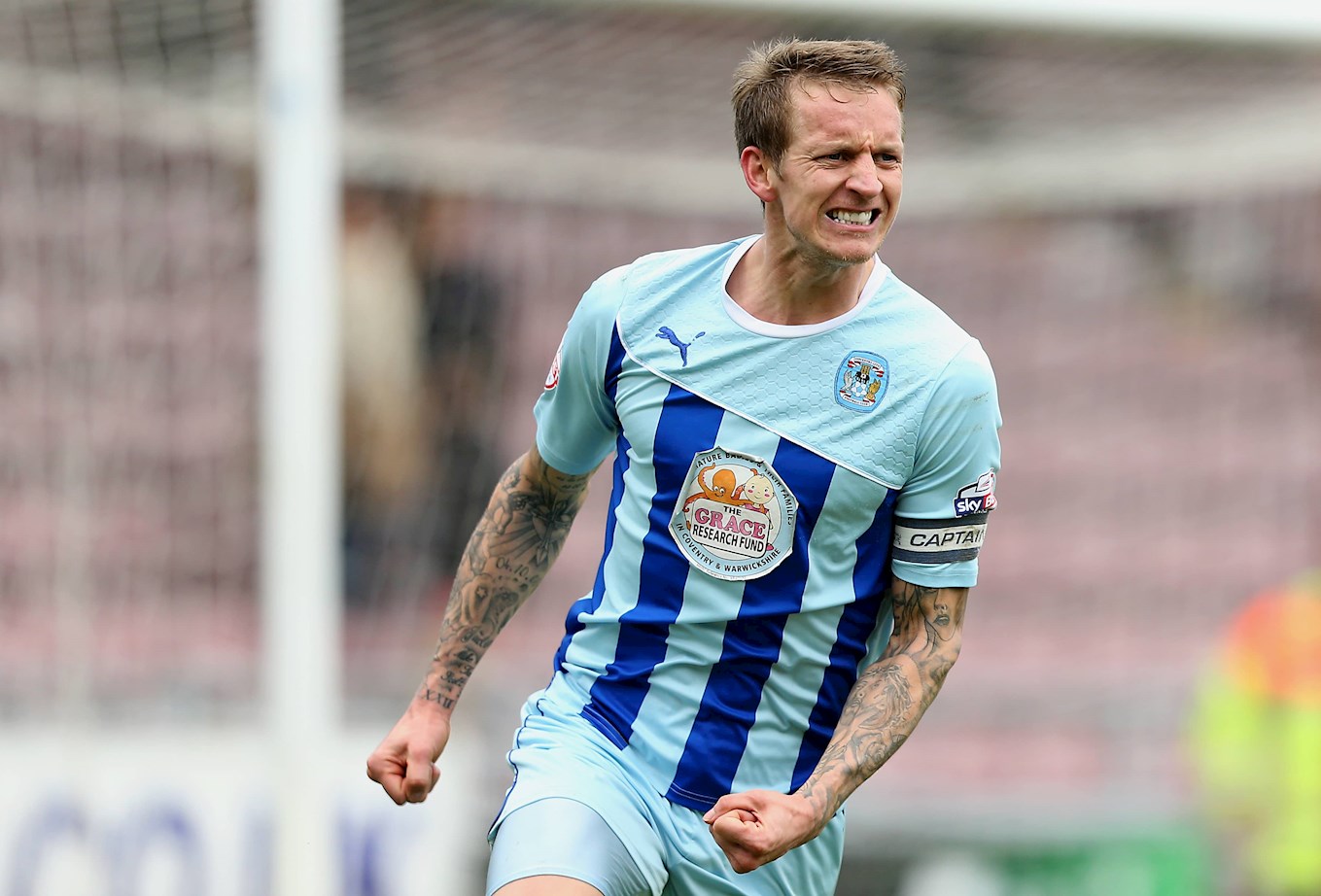 Coventry City fan favourite is no stranger to either set of supporters, having represented both clubs in his 16-year career.

Signing for the Sky Blues from Stockport County, the midfielder made 160 appearances, scoring 21 goals. He was made club captain in 2012 and remained captain until the end of his contract in 2014.

After leaving the Sky Blues, he signed for MK Dons, another League One side. He enjoyed a brilliant campaign in 2014/15, helping MK achieve promotion to the Championship and being named the club’s Player of the Year. He then featured 34 times in the Championship in 2015/16, before moving on to Portsmouth.

Carl Boyeson is the man in the middle for Saturday’s fixture. Boyeson has officiated a host of League One and Two games this term, as well as appearing in the Football League Trophy, the Carabao Cup and the FA Cup.

So far this season, he has dished out 44 yellow cards and 3 red cards in 17 matches. It is the first Coventry City match that he has officiated this season.

His linesmen will be Wayne Grunnill and Stephen Finch. Thomas Harty will be the fourth official.