Ahead of the weekend's clash with Birmingham City, we take a look at some of those to have represented both sides. 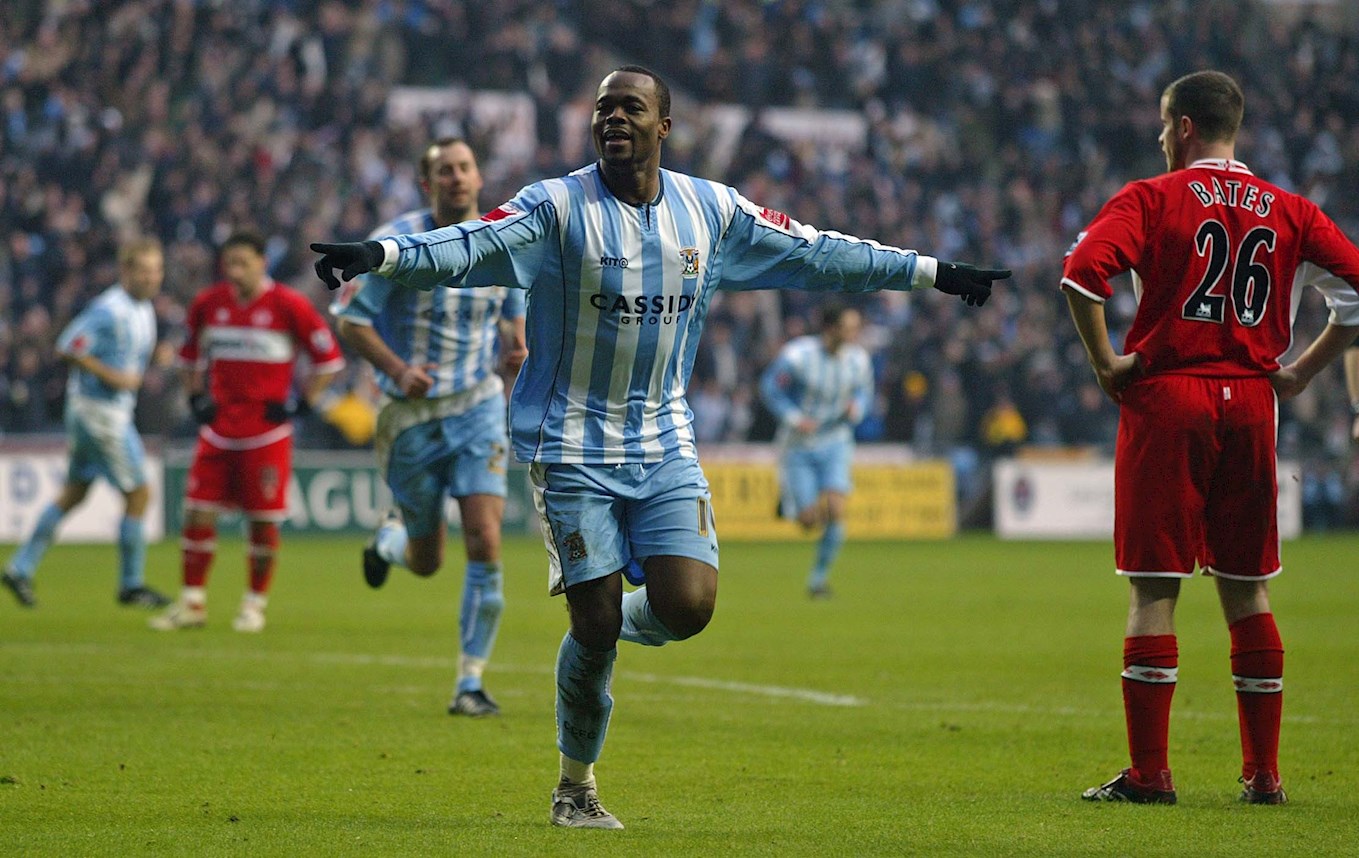 Trinidad and Tobago’s record goal scorer Stern John joined Birmingham City in 2002 for the price of £100,000 from financially Nottingham Forest.

John spent 3 full seasons at St Andrews and is remembered fondly by supporters for his innate knack of scoring important goals. He capped off his first season by scoring a last-minute goal away at Millwall to seal progress to the play-off final before converting a penalty in the shoot-out of that final to seal promotion to the Premier League.

John dipped in and out of the team in the Premier League, with a brace at Upton Park being the highlight of his first season as a Premier League player. In the next season, John wrote himself into Birmingham City folklore by scoring a last-minute equaliser away at Villa Park to seal an important draw on the way to an impressive 10th place finish in the league.

After 85 appearances and 21 goals in royal blue, John swapped to Sky Blue for the 2004/2005 season as he moved to Coventry, ending his first season as top goal scorer.

Despite being in and out of team, and a loan spell at Derby County, John managed 29 goals in 88 games and appeared in the World Cup Finals in 2006 for Trinidad and Tobago during his time as a Sky Blues player. He left the club in January 2007, joining Sunderland for an undisclosed fee. 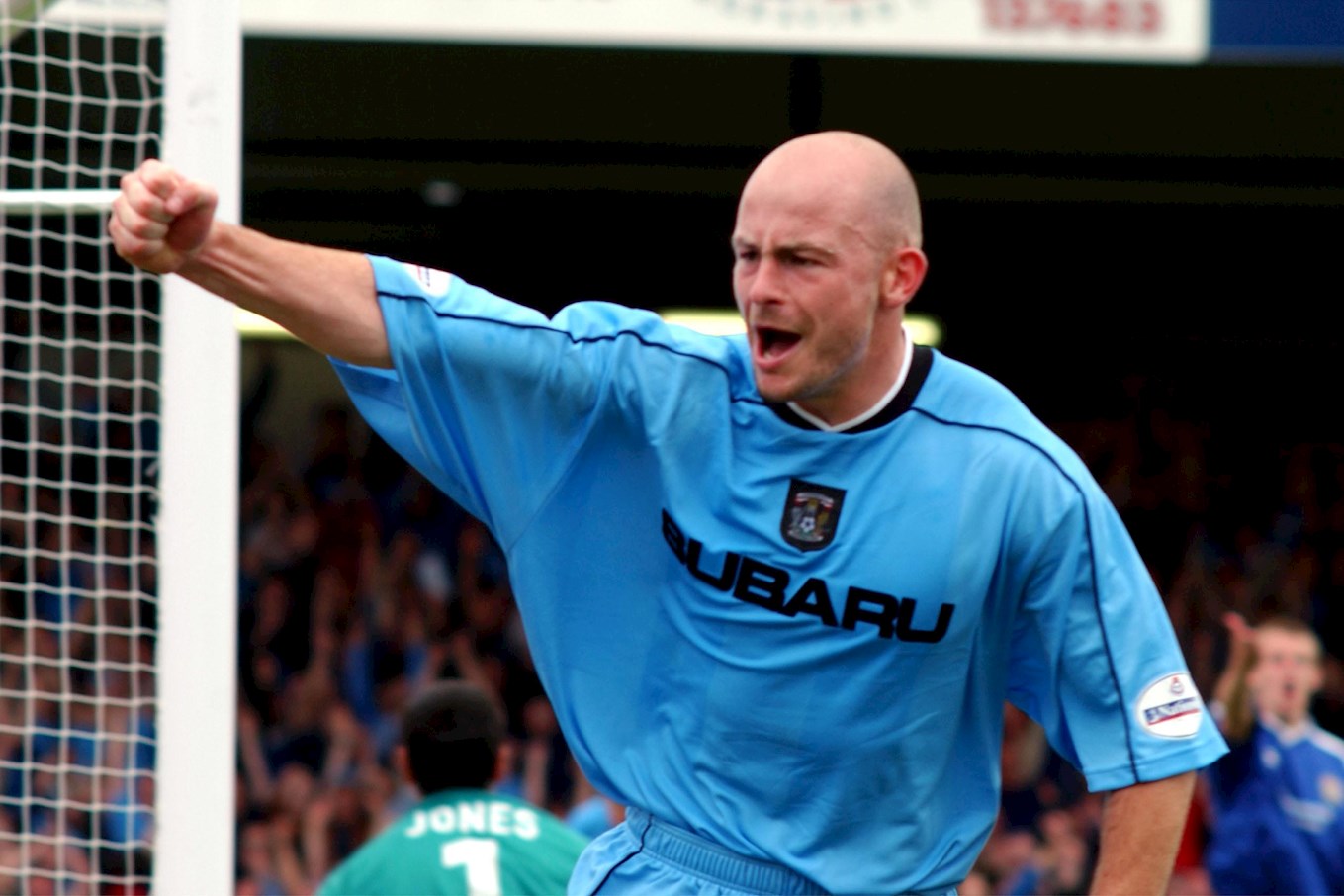 Tough tackling midfielder joined then Coventry City in 2000 after many impressive years at Derby County and Blackburn Rovers. He signed for a fee of around £2.5 million and joined Gordan Strachan’s Sky Blues.

Despite a string of impressive performances in the heart of midfield, Carsley couldn’t prevent the Sky Blues dropping out of the top tier for the first time in 34 years. Carsley remained for the beginning of the next campaign, with City looking to bounce straight back to the big time, but left in February 2002 for Everton with Coventry looking to make a late charge for the play-off positions.

Carsley wound up at hometown club Birmingham City in 2008 after six years with the Toffees. He began the season as captain and led Blues to a second-place finish and promotion to the Premier League.

He suffered badly with injuries in the following campaign and was limited to just nine appearances before departing at the end of the season, re-joining Coventry City.

Carsley was made captain under Aidy Boothroyd and Coventry looked set for a successful season before injuries hit and form curtailed in the second half of the campaign. Carsley departed and retired at the end of that season, making 79 appearances in total during two spells with the Sky Blues. 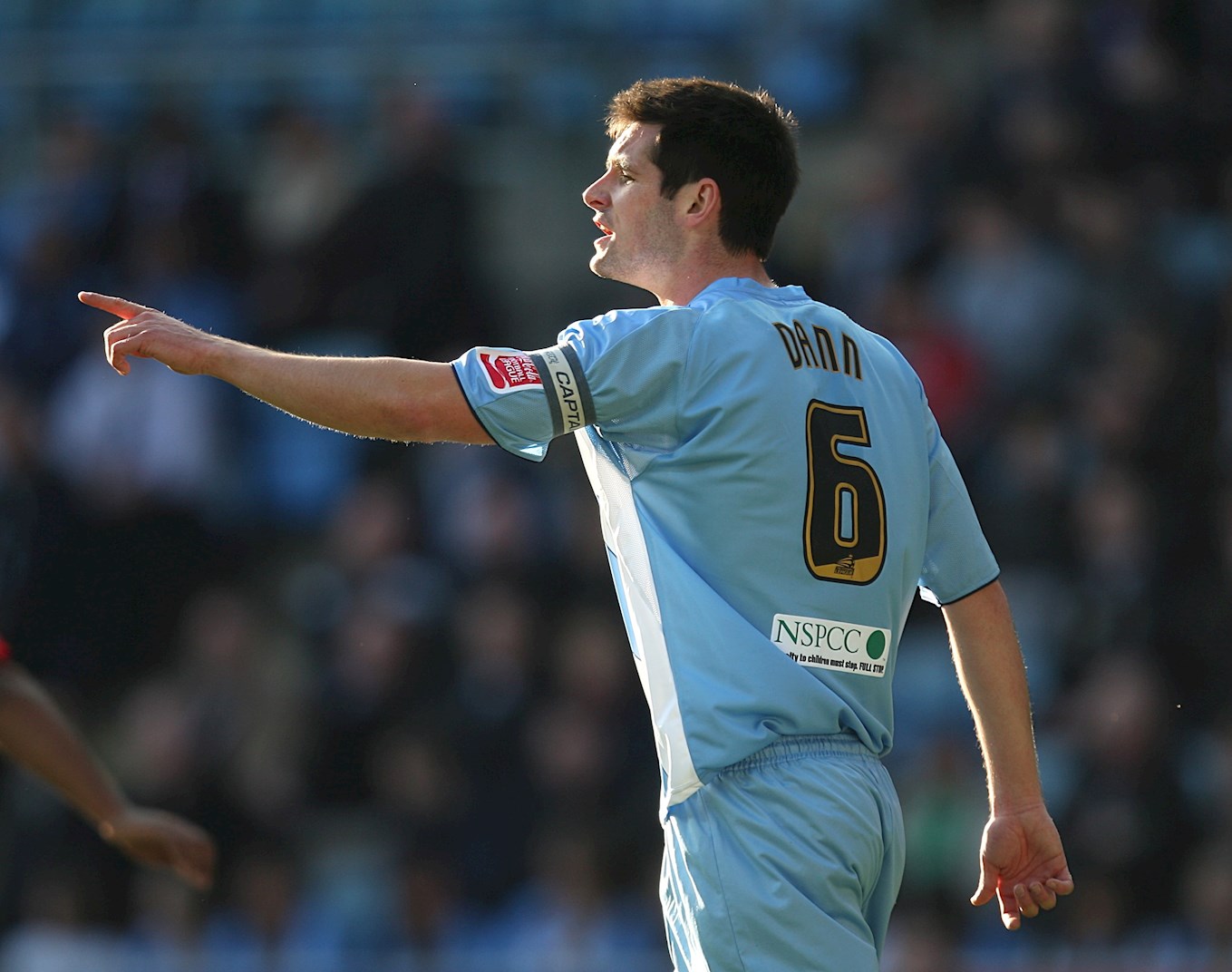 Commanding centre-back Scott Dann joined Coventry City for a fee in excess of £1 million in January 2008, alongside teammate Daniel Fox. Not long after joining, Dann, along with Fox were called up for the England U21 squad, both players making their debuts against Poland at Molineux.

Dann spent a year-and-a-half at the Sky Blues and after consistently performing to a high level, was courted by Birmingham City in June 2009. He joined for a reported fee of up to £4 million and continued where he had left off with Coventry with a string of high-quality performances, not fazed by the step-up to Premier League football.

Forging a solid partnership with Roger Johnson in the first season, he helped Blues to an impressive 9th placed finish. The following year, Dann struggled with injury and his absence was felt as Blues were relegated back to the Championship on the final day of the campaign.

Dann’s performances were enough for Blackburn to spend £6 million on him that summer and he departed Blues after two seasons for the Premier League side.