The story of Connor Daysh’s progression in football is one of hard work and dedication.

Connor joined the Sky Blues in the Community Development system at U9’s. Connor originally joined the process via open trials and was clearly wanting to impress to coaches during the two-week period.

This was instantly recognised by Alex Jane (U9 Elite 1 Coach). Connor clearly had strong footballing potential, however needed work on the technical side of his game. Although it was other traits Connor showed during this period which made him stand out.

Such traits consisted of work ethic in every training session to better himself, very coachable as he was always asking on what he could do different to be more affective, confidence and lastly the fantastic leadership qualities he showed. It’s very rare you find someone of Connor's age who constantly encourages and praises his teammates.

It became apparent very quickly that Connor was going to be a high performer as he was constantly setting goals for himself every game, such as, successfully playing the ball out from the back 10 times during a game, or to not let a player successfully dribble past him more than twice during the match.

The 2017/2018 season was fantastic for our U9’ JPL squad with every player developing massively within the four-corner model. Anyone who has ever coached or played with Connor would say he reminds them of a Sergio Ramos style player who has a do or die approach to defending. This was always a strong attribute with Connor, but over time and working with SBITC he has now became equally as strong offensively.

After the 16 months Connor had been working with our Player Development Centre (PDC), his hard work was rewarded with a trial at our U10 academy. After the 6week trial and impressing all the academy coaches during training and academy games, Conner was invited to join the academy squad.

Connor Daysh said: “I’ve enjoyed these last two years with Coventry development, and during my time I’ve learnt so much as player from my coaches and players I’ve met along the way who have become good friends.

“I’m super happy to have signed for Coventry City academy, it has been my dream in following in the footsteps of James Maddison”.

Mark Daysh (Connor’s Father) said: “Coventry City development have given Connor every opportunity to succeed in reaching his goals through the great coaching he has received, and the competitiveness of the games he has been involved within at the weekend. He is definitely looking forward to the hard work that lies ahead now signing for the academy to push on with his football career."

Alex Jane (SBITC Coach) said: “I’m ecstatic that Connor has signed for the academy, when Connor first joined the squad, I saw something special in him. During the two years he spent with me he has constantly developed in strides. And I would have to put that down to his attitude towards learning on the pitch to better himself, alongside with his hard work ethic. However, he is ready for the next stage of football development.

"He is very coachable, and I have loved working with him in the last two years as I’m sure his new coach will feel the same."

We at the PDC couldn’t be happier for Connor and wish him all the best of luck on his new journey of development. 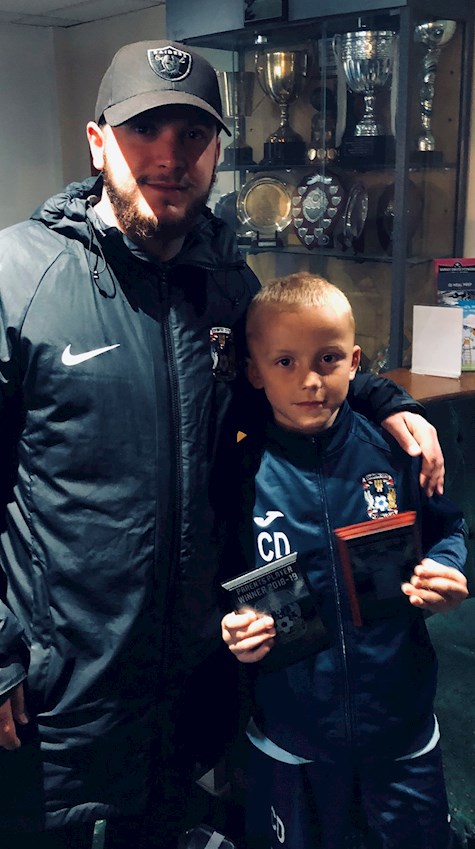