Coşar Bengi is just another example of the excellent pathway created from the SBitC Player Development Centre (PDC) through to the Coventry City Academy, and just shows how setbacks can make you work even harder to achieve your goals.

Coşar’s football journey began at 4 years old attending sessions at his local leisure centre, before then signing for a grassroots club at age 5. Four years on, Coşar joined the Sky Blues in the Community PDC after his parents saw an advert on Facebook. After calling our office to enquire about the programme, Coşar was invited to attend a 2-week trial on which he stood out and went straight into the U10 Elite 2 team.

After impressing in his first few months, Coşar was invited to trial with the Coventry City Academy - but after 12 weeks the academy decided he wasn’t quite ready, so then returned to the PDC, this time playing in the Elite 1 squad.

Taking on board the feedback received from the coaches at the Academy, Coşar began his second stint with SBitC’s PDC, determined to improve the areas in his game needed to become an academy player. Coşar began the U11 JPL season in excellent form, outplaying opposing players with his excellent technical ability, intensity and work rate, and as the season progressed it became clear that Coşar had taken his game to the next level.

Due to the good links between SBitC PDC and the CCFC Academy, the SBitC U11 Elite 1 squad were invited to play in a showcase event run by the Academy, allowing them to spot the best local talent. During the 6-team tournament Coşar stood out, and the Academy staff were all in agreement that Coşar was now ready to sign for the academy and therefore made the leap signing his Academy papers on the 15th November 2019.

Talking about his experience on the Player Development Programme, Coşar said: “I loved being a part of SBitC. I enjoyed every training session and would only miss them when I was on holiday! Both the coaches I worked with, Adam and Dan, were excellent and I learned a lot from their sessions that they made enjoyable and educational.

"I also had a lot of opportunity to play in games, both home and away, and got to play in teams with very friendly and talented players.”

Having signed for the Academy he went on to say “I am very proud to be part of CCFC Academy! I have worked very hard to become a good player and I will now try to work even harder to achieve my dream of becoming a professional footballer.” 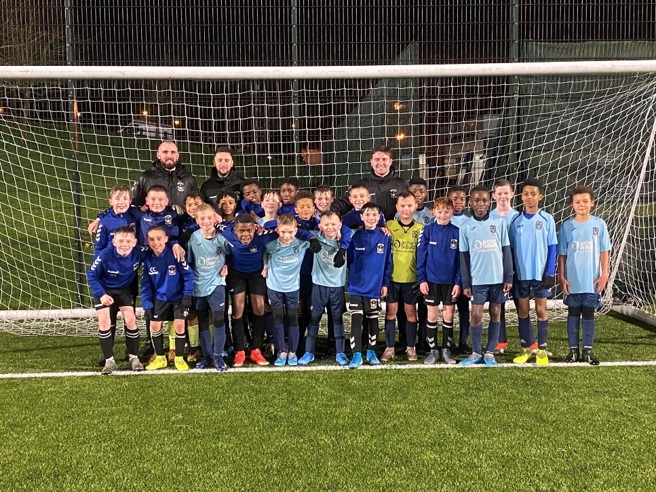 Sedat Bengi (Coşar’s Father) said “I am very happy to see what SBitC have done for Coşar’s football journey. The set up and training sessions were excellent and Coşar learnt a lot during his time with them. The coaching staff were very helpful to all the players on both training nights and matchdays.

"Coşar always played with a smile on his face whilst at SBitC and seeing him happy playing football made us very proud parents. Due to this I was sure he was in the right place to take his football career in the right direction and we would recommend the SBitC Player Development Programme to everyone we know!

"Lastly, we would like to say thanks a lot to Shaun Pierce and all his coaching staff for helping Coşar achieve his dreams. I have to mention especially Adam, who helped Coşar a lot by realising his potential and pushing him in the right direction to be able to become an academy player!”

Adam Spence (U11 Elite 1 coach) said “I am extremely proud of Coşar and everything he has achieved, but this is only the beginning for him. He is an extremely coachable player and his ability to take information from a training session and apply it to a game scenario is outstanding.

"He has great potential and is in an excellent environment to now carry on developing as a footballer should he carry on working hard and showing the same level of discipline he showed throughout his time with SBitC. As well as being an excellent footballer Coşar is also a very well driven, well mannered, polite young man and I wish him the best of luck in the future.”

We at SBitC and the PDC couldn’t be happier for Coşar and we all wish him the best of luck in the next stage of his development.