Coventry City and Rotherham United shared the points on a cold Tuesday evening at St Andrew's after a 1-1 draw.

The Sky Blues went in at half time behind after a Freddie Ladapo goal on 22 minutes. However, a strong start to the second half saw Matty Godden equal the score and the Sky Blues can count themselves unlucky not to have taken all three points.

The first chance of the match came on 3 minutes, as Rotherham full back Matt Olosunde found space down the right. His cross looked dangerous but was averted by Kyle McFadzean.

The first shot on goal came after 10 minutes. Some attacking City play saw Maxime Biamou played through on goal by strike partner Matty Godden, and although he got his shot away, it was matched by Danish international Daniel Iversen. The assistant on the near side also had his flag raised, so it would not have stood either way.

City began to exert their dominance on the game from this point. Some smart play between Callum O’Hare and Matty Godden led to the former putting in a brilliant cross, but no-one could meet it at the near post and it was cleared away by the Rotherham defence.

Both teams came into the match with nothing separating them on 60 points, and this was evident with how the game was panning out.

The first goal came midway through the first half. An inswinging corner evaded goalkeeper Marko Marosi, and Freddie Ladapo was waiting for the ball with the whole goal to aim for.

City responded almost immediately through Matty Godden this time. Callum O’Hare drew a rash challenge from centre half Richard Wood, and the resulting free kick was worked to Godden, whose shot was charged down.

Chances were again few until 32 minutes in, when a swift turn and shot on goal from Ladapo drew a fantastic save from Marosi.

A deflected cross from Fankaty Dabo almost found Biamou soon after, but Ihiekwe was there to clear the danger for the Millers.

The pressure kept coming from City, who were unlucky to not win a penalty after Callum O’Hare was wiped out in the box. The referee was not having it, much to the annoyance of the Sky Blue Army.

Despite their opponents physical style of press, City remained playing it neatly around and were almost rewarded just before the break. A flicked Maxime Biamou header was gathered by the Rotherham United keeper with a minute of normal time to go.

Despite the best play and chances, the Sky Blues finished the first period behind.

The second half started as the first ended, and City were almost in after just 20 seconds. A ball over the top wasn’t dealt with by the Millers defence, and Max Biamou found himself one on one. Iversen was hot on the scene, and managed to do enough to stop it hitting the target.

The breakthrough came just after this chance, on 47 minutes. A fantastic cross field pass from Liam Walsh found Fankaty Dabo in space, and his cross was met by Matty Godden, who steered it into the far corner.

After a blistering start, the second period began to calm down to how the game was set in the first half. Chances became few and far between, with City enjoying much of the play.

A potentially serious injury suffered by Daniel Barlaser created a 7 minute stoppage, after a collision with Callum O’Hare and teammate Michael Ihiekwe.

The away side began to grow into the game after this stoppage. Chances were few, but the Sky Blues found themselves under sustained pressure for the first period in the game.

With five minutes remaining, City had yet another penalty shout turned down. O’Hare wriggled to make space in the box and was brought down, but it was adjudged be a fair challenge by the referee. Coventry then won a free kick on the edge of the area, which Liam Walsh whistled agonisingly past the post.

Walsh looked a man possessed from this moment. He won the ball in the Coventry half, jinxed past four players and played a one two with Dabo. He then fired a thunderbolt just over from 30 yards.

Rotherham United fans thought they had won it in injury time, after Jamie Lindsay rifled home from a set piece. The linesman had his flag up on the near side to silence the visiting crowd. 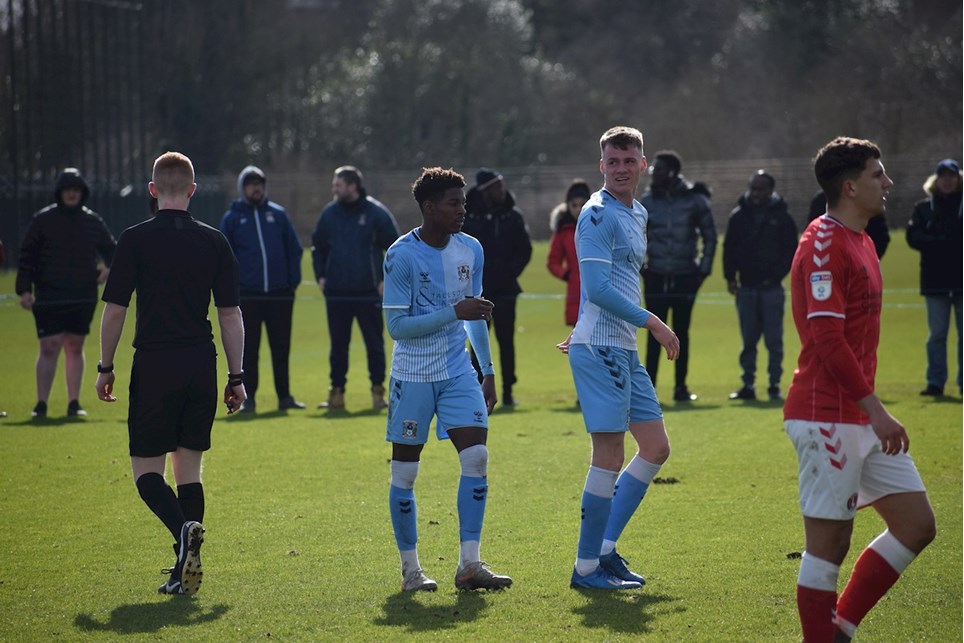 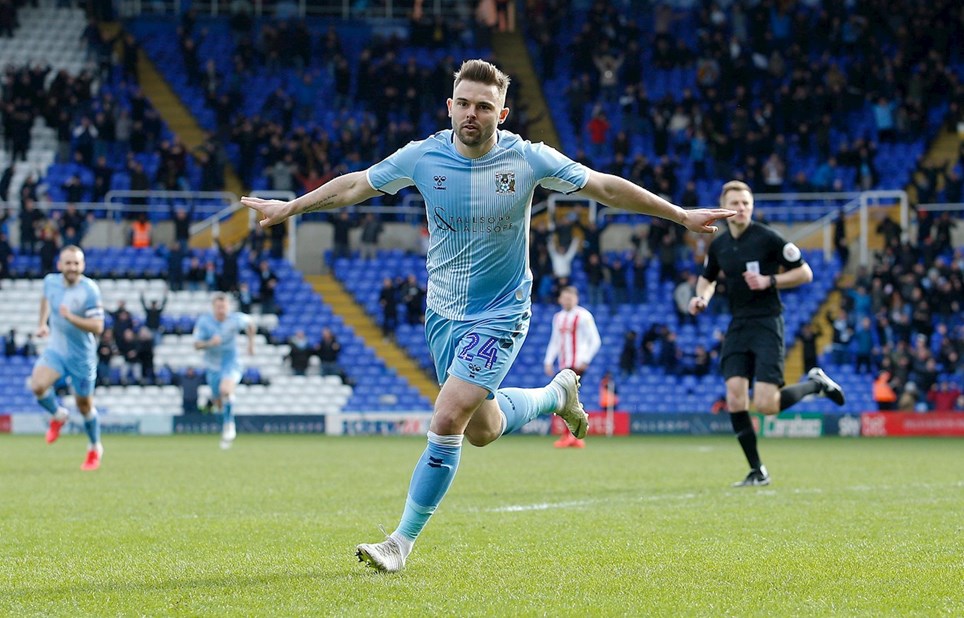