The Sky Blues face Rotherham United in a top of the table clash this Tuesday Night as both clubs look to go clear at the top. Here’s everything you need to know about the opposition… 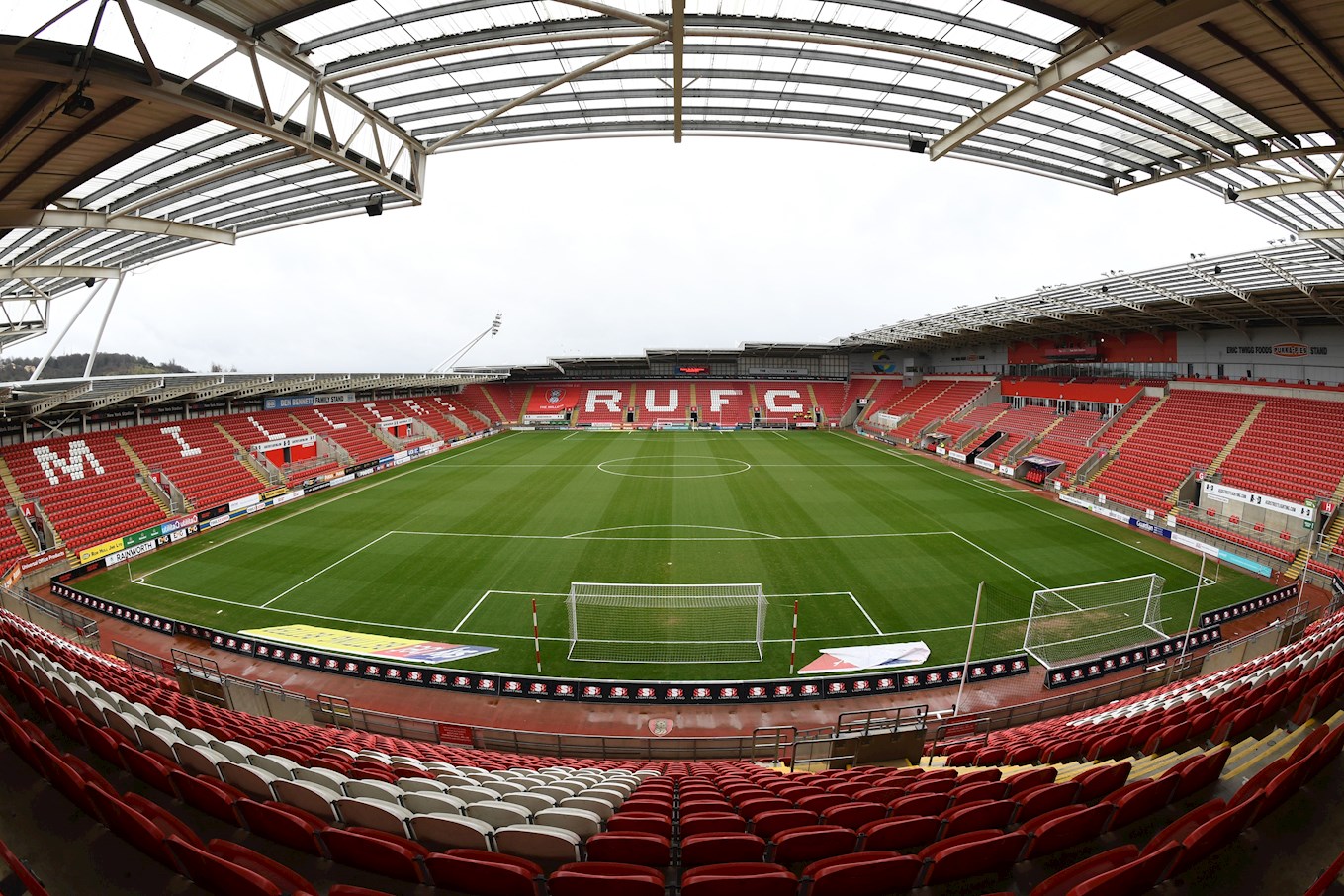 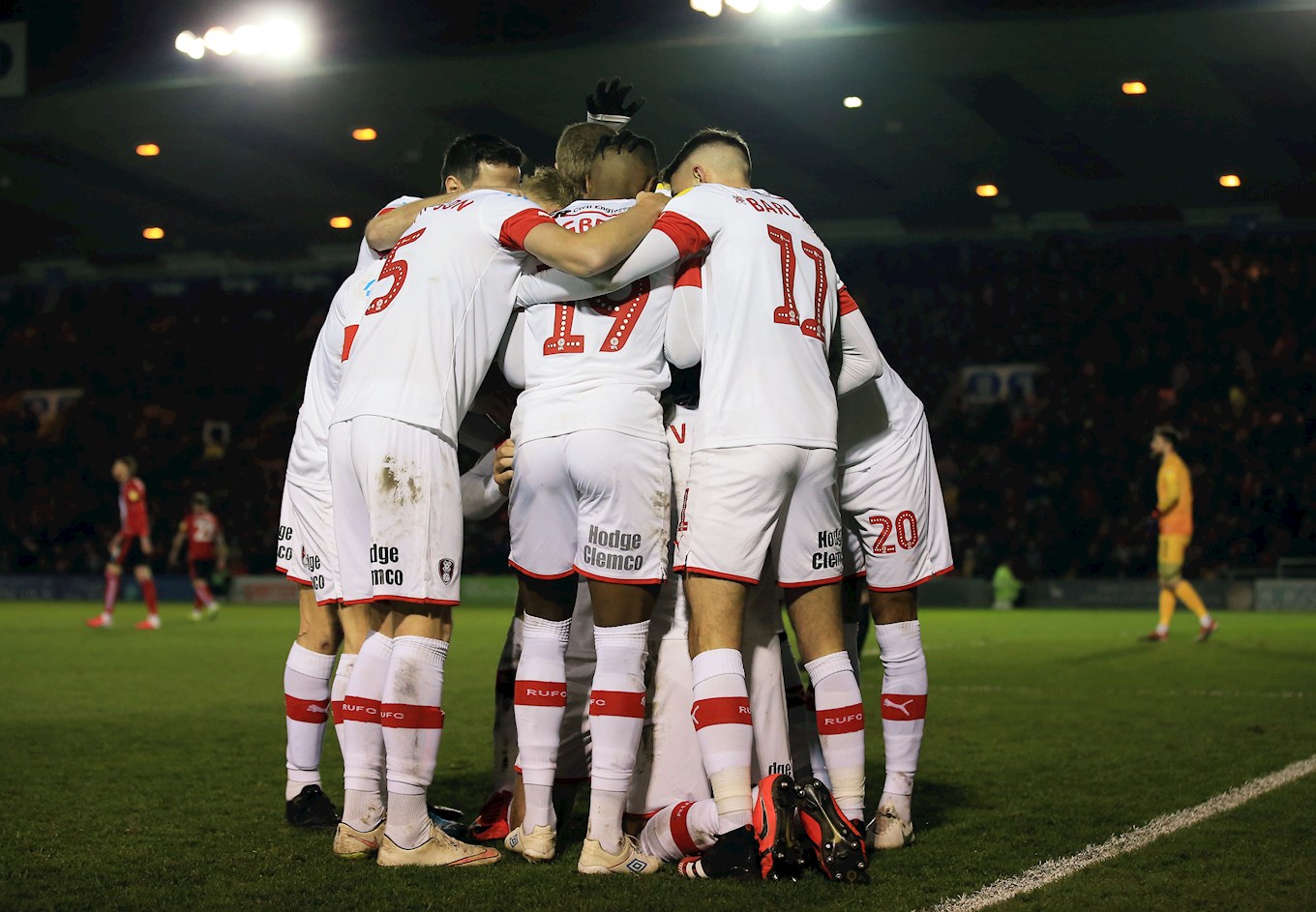 Current League One leaders Rotherham United are setting the pace in Sky Bet League One after being relegated from the Championship last campaign. The Millers currently sit just ahead of the Sky Blues in the table, level on points but with a slightly better goal difference.

Rotherham’s success this season has been built on their prolific forwards and physical presence going forward. Freddie Ladapo, Matt Crooks and Michael Smith are all into double figures for the campaign, with the latter two bagging a brace each in the reverse fixture at New York Stadium.

The Millers have only tasted defeat in the League on one occasion in their last 13 fixtures and have only lost once on the road since November. They boast the best away record in the division by some distance, amassing more than half of their 60 points away from their own patch. 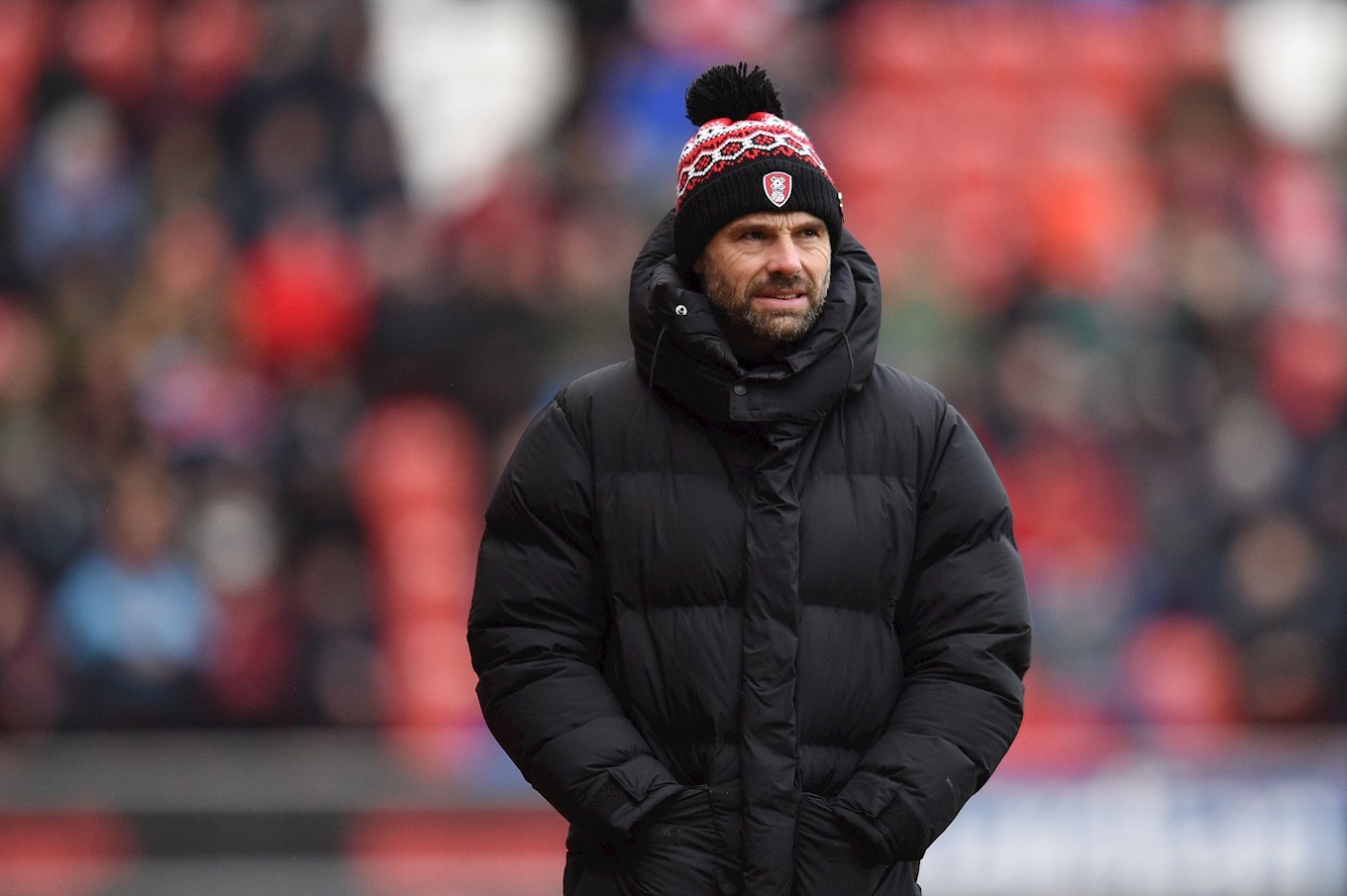 Current manager Paul Warne is a club legend at Rotherham United, playing over 250 times for the club and leading them to promotion in his first full season as a manger. Warne spent seven seasons at Rotherham during his first spell as a player as the club rose from the Third Division all the way to the Championship.

During this time, he was teammates with current Sky Blues boss Mark Robins as they won promotion from the Second Division.

After four years away, Warne re-joined The Millers in 2009 with the club back in League Two and stayed for another three years before calling time on his career in 2012.

He became part of the coaching staff before taking the reins as manager in 2016. He has experienced two relegations and one promotion so far in charge of the club, maintaining a win percentage of 36.4% and sitting top of the League as things stand.

Last Six Games - (All games are League One Fixtures) 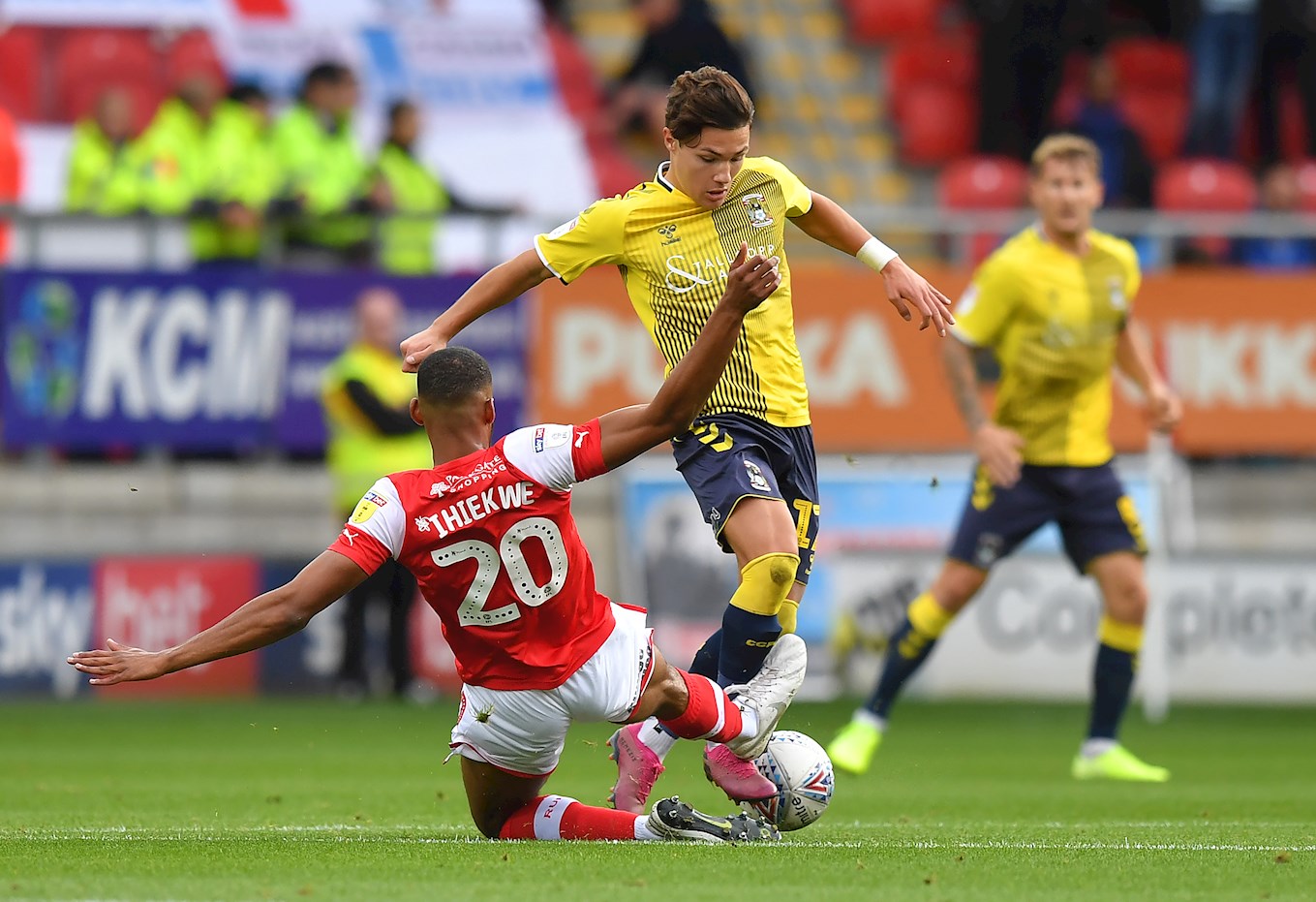 Coventry experienced their first defeat of the season when they faced up to Rotherham United at New York Stadium at the beginning of October. City were without recently injured Wesley Jobello and Captain Liam Kelly was only fit enough for a place on the bench.

City found themselves two down inside 20 minutes after Matt Crooks crashed home a header and Michael Smith lashed home a penalty.

After the break, Kyle McFadzean was given his marching orders for bringing down Matt Crooks in the area. Smith dispatched from the spot for the second time to wrap up the points for the home side. Amadou Bakayoko had City’s best chance before Matt Crooks added a fourth complete the scoring on a rare off day for the Sky Blues. 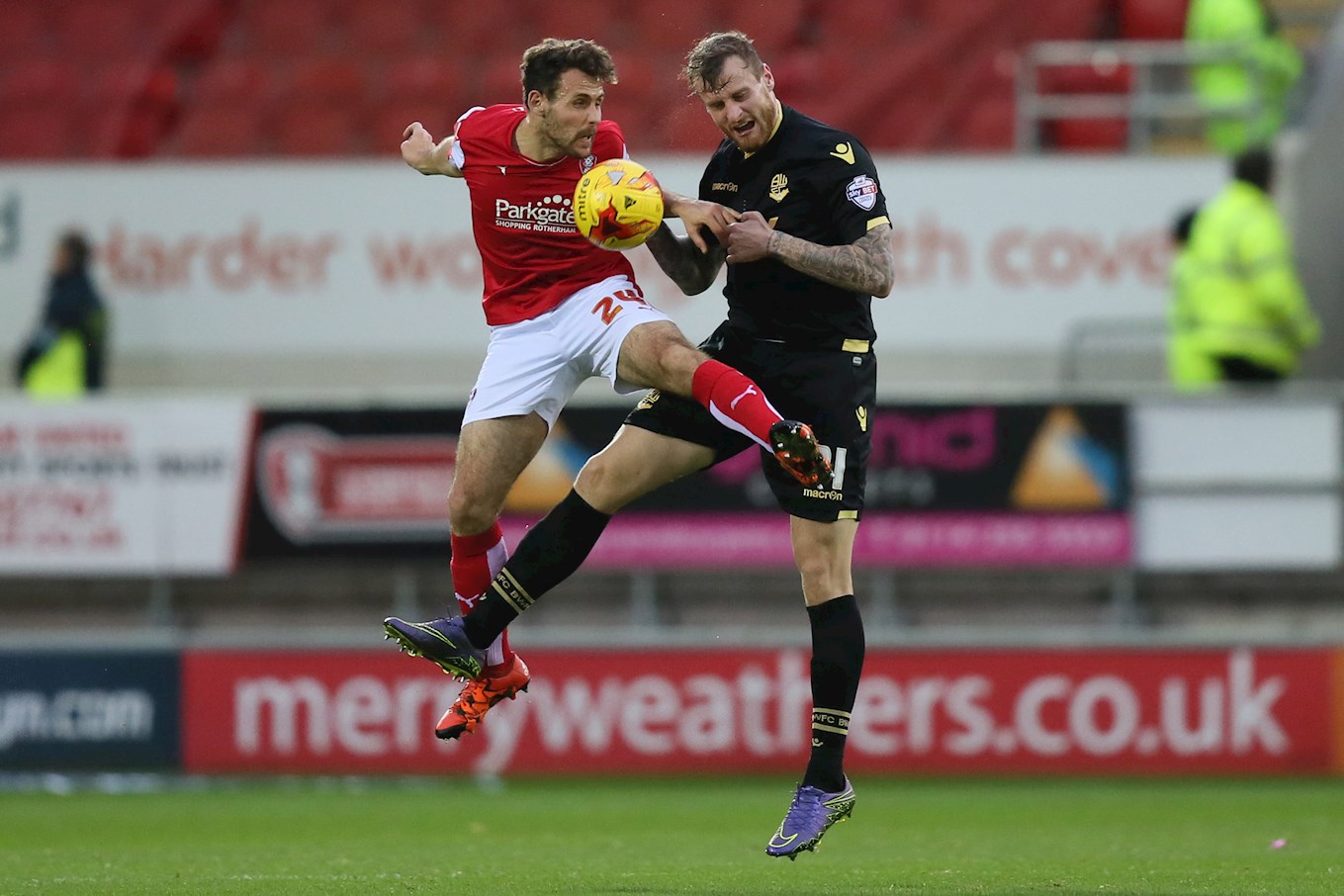 French midfielder Tony Andreu first came to England with Norwich City after a prolific two seasons with Hamilton Academical in Scotland. It was during his spell with the East Anglian outfit that he joined The Millers on loan in 2015.

He signed for the Championship outfit for the first half of the campaign and impressed in his limited game time, scoring twice in 11 appearances. In the January, he returned to Norwich to fight for his place despite Rotherham being keen to extend his stay.

After his Norwich contract expired in 2017, Andreu joined up the Sky Blues for the League Two campaign. He was part of the squad that won promotion, despite only making five appearances after an ACL injury early in the campaign. He made a further ten league bows the next campaign, scoring in the opening day defeat against Scunthorpe before departing to former club Hamilton in the January Transfer Window. 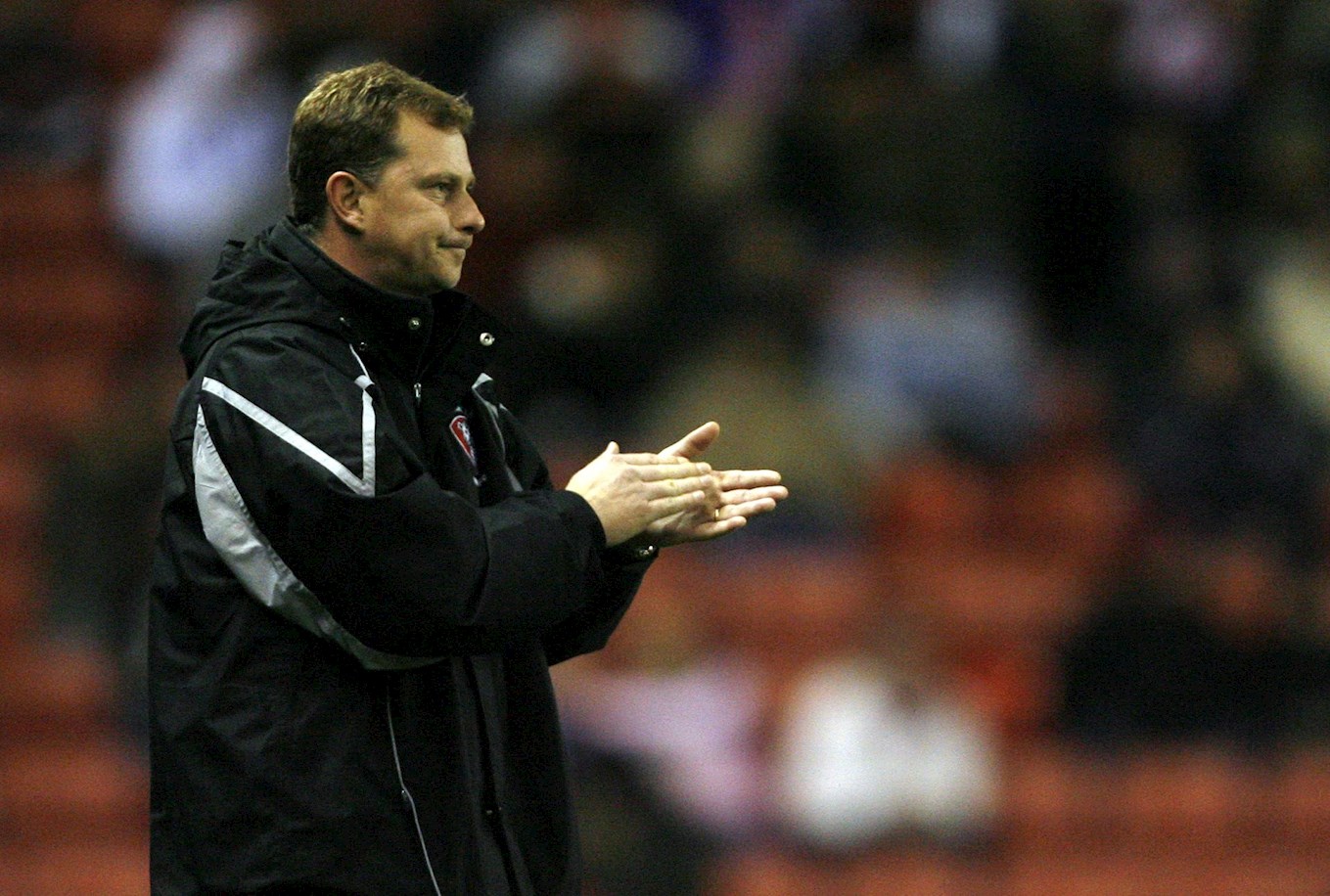 Current Sky Blues Manager Mark Robins is someone who will be remembered fondly by Millers fans, representing the club as both a player and a manager.

He played for the club between 2000 and 2003. He scored 26 goals in 43 games in his first season as The Millers romped to Second Division Promotion. He then managed to notch 20 goals combined in the next two campaigns as the club began to establish themselves in the First Division.

Robins later became manager of the club after calling time on his playing career and experienced the same success. In his two full seasons, Robins almost led The Millers to promotion on two successive occasions, including during a campaign where the club had to deal with a seventeen-point deduction.

Robins is currently enjoying his second spell in charge of the Sky Blues, after leading the club to victory at Wembley on two separate occasions and an 8th place finish in their first season back in League One. 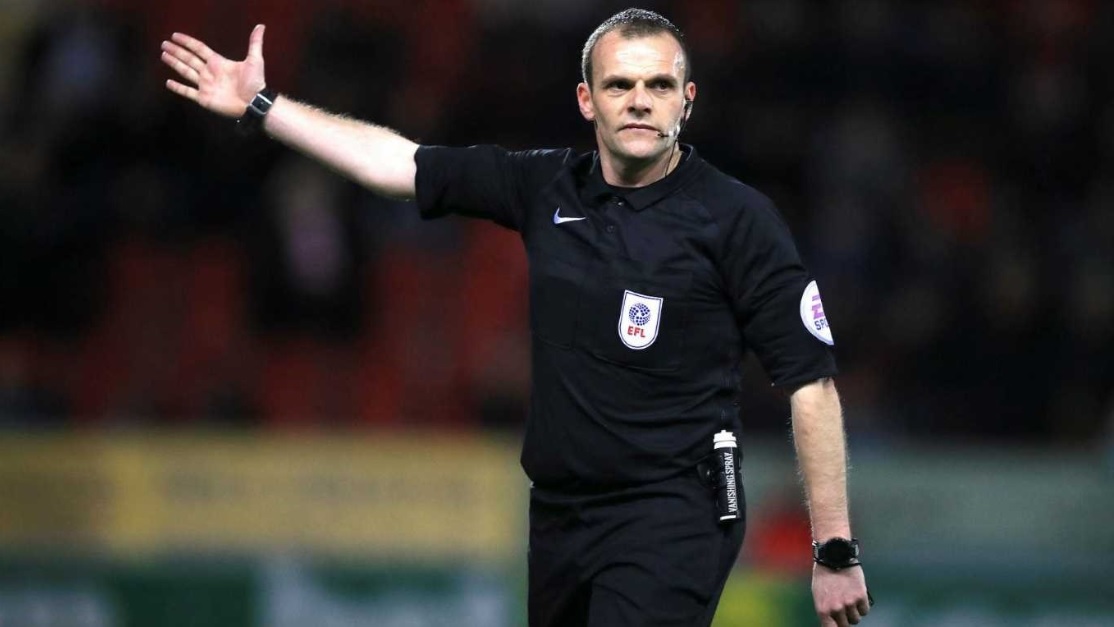 Christopher Pollard is the man in charge of proceedings for the top of the table clash at St Andrews. He has taken charge of 22 games so far this term, handing out 69 yellows and two red cards in the process.

He will be assisted on the night by Oliver Bickle and Anthony Da Costa, with Ravel Cheosiaua acting as fourth official.