Coventry City are saddened to learn of the death of legendary former striker George Hudson.

Hudson, Coventry City's seventh highest goalscorer of all-time, sadly passed away this morning at the age of 83. 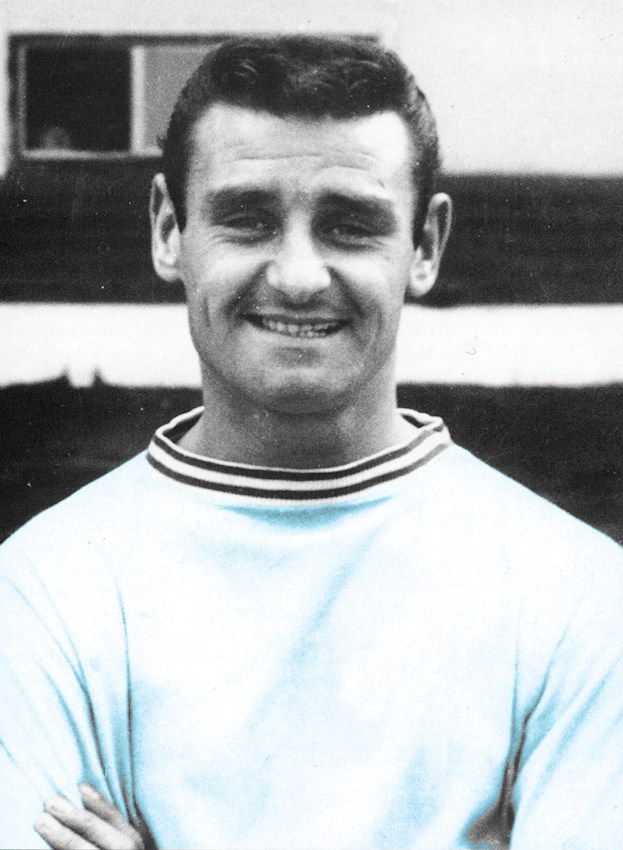 The striker joined Coventry City under Jimmy Hill in April 1963 from Peterborough United, a replacement for popular striker Terry Bly, and would score 75 goals in 129 appearances for City.

Hill had to weather a storm of criticism as he brought in Hudson for the prolific Bly, but JH was proved right and Hudson would become a legendary figure of the Sky Blue Revolution, known for his prolific goalscoring and skill that would win the fans over.

In the 1963-64 season, Hudson was at the head of a Sky Blues attack which were regularly thrasing their opponents. By Christmas, Hill's team were top of the Division Three table and Hudson had already scored 21 goals.

After a bad run of form for the side, and with Hudson missing several games through injury, promotion came down to the final few games and George netted the all important goal in a 1-0 win over Colchester United at Highfield Road which secured promion and the Championship - ending the season with 28 goals. 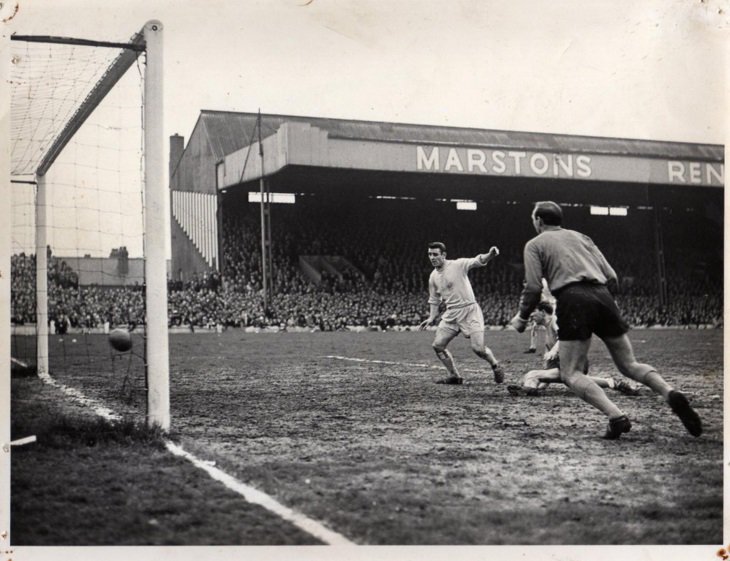 24 goals followed in the 1964-65 campaign as he continued to be a menacing and powerful threat, but now to Second Division defences.

In the 1965-66 season, Hudson scored 17 goals - including a legendary goal against Southampton where he trapped the ball, flicked it over a defender and volleyed the ball into the net. However his form started to dip towards the end of the season and he was sold to Northampton in March 1966.

It was an unpopular move by Hill, reminiscent of how Hudson arrived at Highfield Road in place of Bly, but the Sky Blues would go on to win promotion to the First Division a year later. 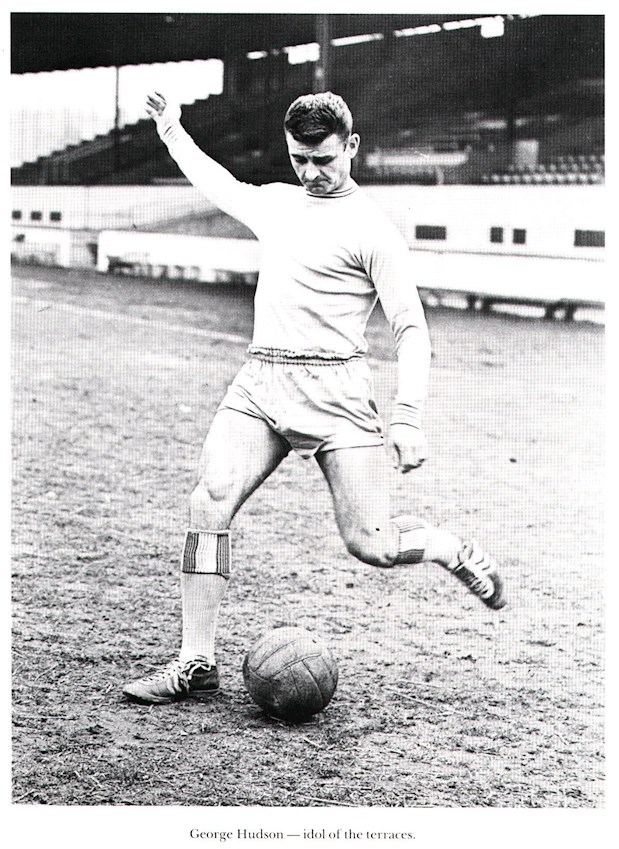 Spells at Tranmere Rovers and Altrincham followed his time at Northampton, adding to a career that had already taken in Blackburn Rovers and Accrington Stanley too.

After retiring, Hudson returned to his native Manchester where he worked at the Daily Mirror printing presses.

He was a regular at Former Players Assocation Legends Days, guaranteed a loud welcome from Sky Blues fans who remember his legendary goalscoring, power and skilful displays and will today be mourning a true Coventry City legend.

Our thoughts and condolences are with George's family and friends. 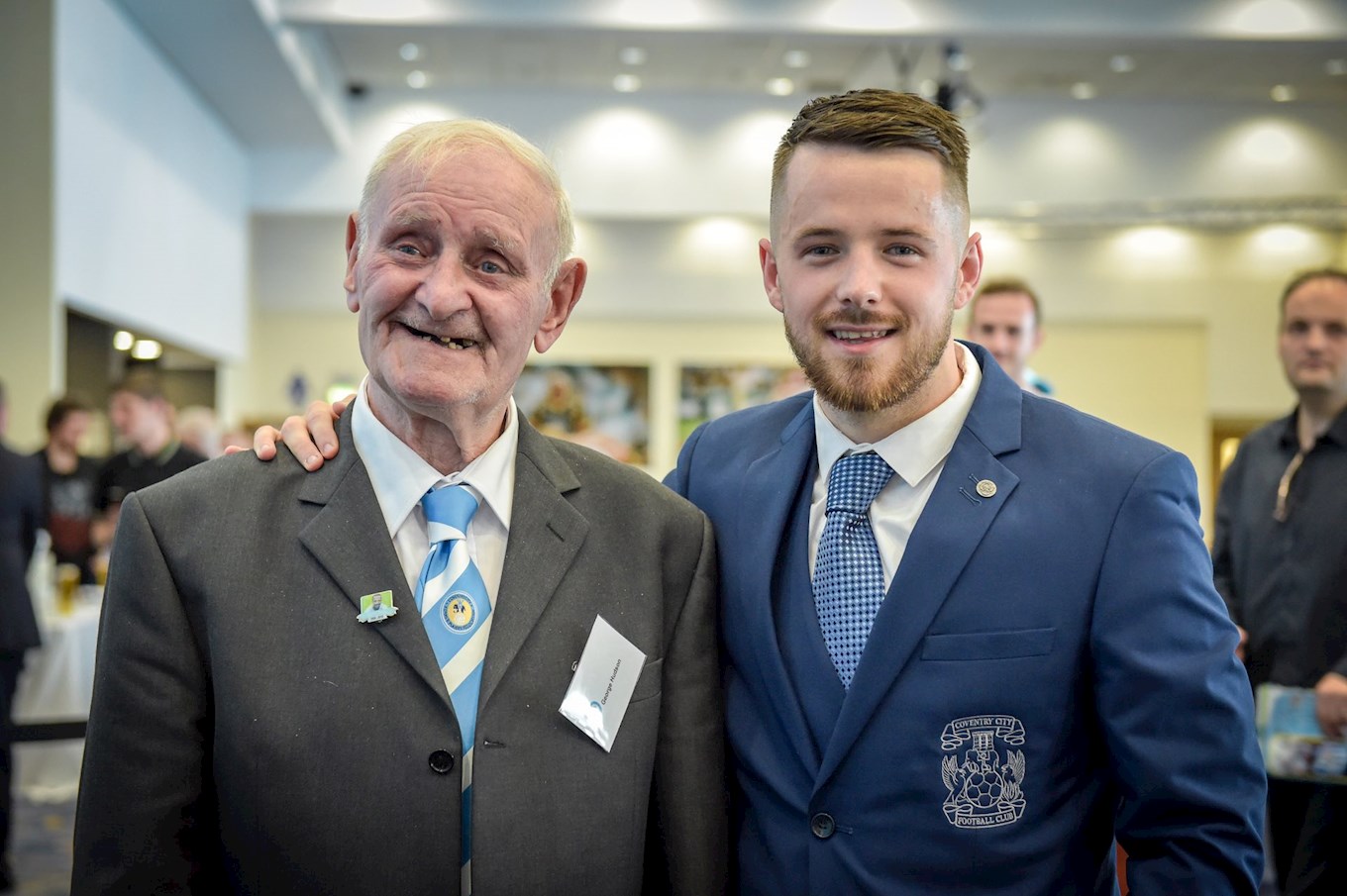 George Hudson with Marc McNulty in 2018 - after McNulty equalled Hudson's record of 28 goals in a season, Hudson achieving that record in 1963/64. Photo courtesy of Coventry City FPA - ccfpa.co.uk