After a playing career in England, Scotland, Turkey and Ireland, Eric Odhiambo is eager to use his experience on the new Premier League, EFL and PFA Charity's Professional Player to Coach Scheme to forge a career in coaching.

The 31-year-old is on placement at Coventry City, with the next generation of players in the Sky Blues’ Academy.

"I've completed a month and already the stuff I've learned will stand me in good stead anywhere I go, for any position I end up going in the future," Odhiambo says.

He started out at Oxford United's academy, becoming the fourth member of his family to play for the club.

He credits playing against his four older brothers as a big reason he made it as a pro.

"It definitely instilled some competitive edge in me," he says. "Being the youngest of five, it was always difficult for me but those challenges stood me in good stead for the future about competing with older boys, bigger boys and stronger boys."

His senior career began as a 17-year-old when he signed for Leicester City in 2006. 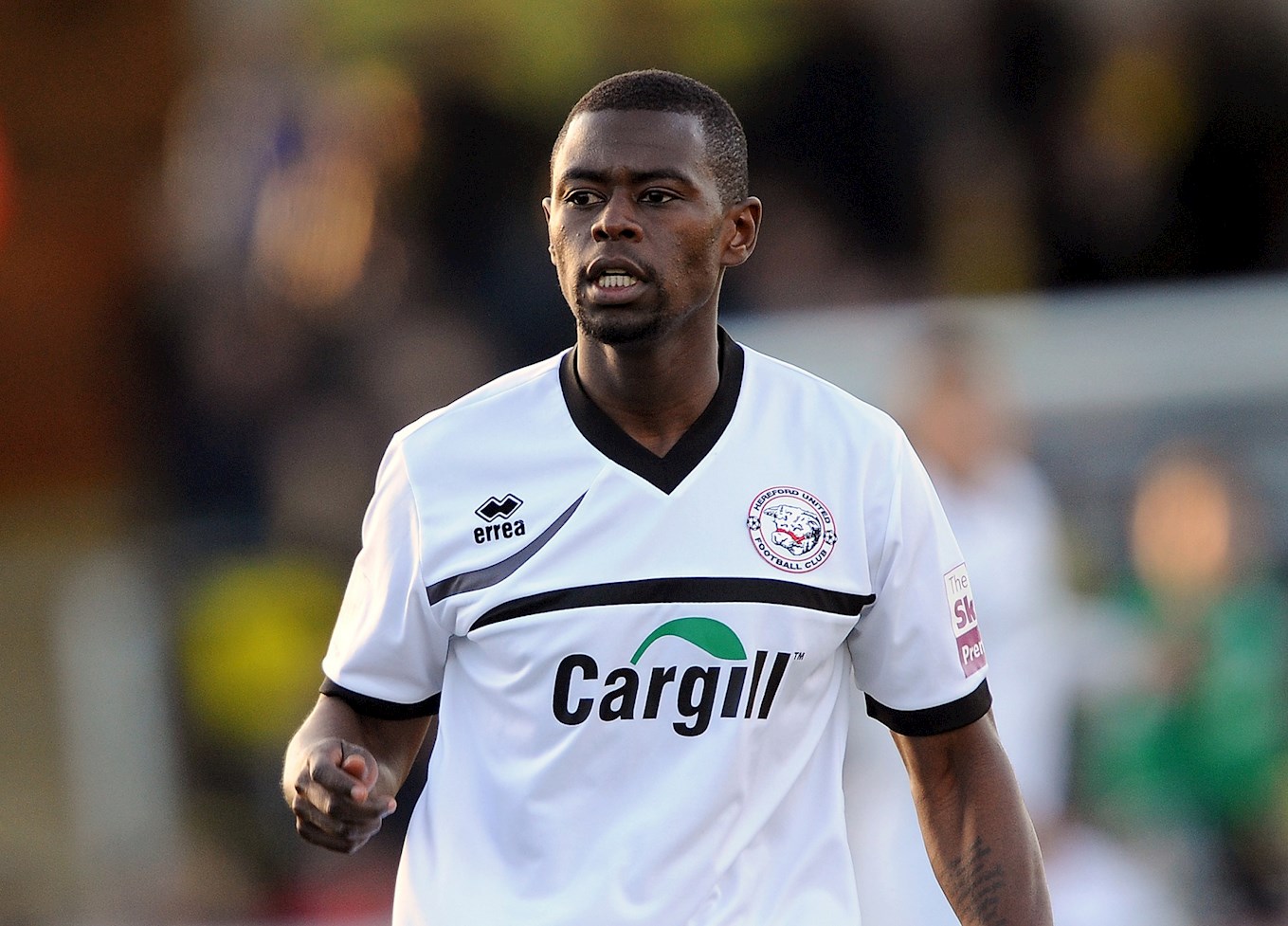 And those experiences as a player will prove to be important as he explores the world of coaching.

"I need to continue thinking like a player, thinking what would I feel like in a given situation," he says. "Would I enjoy the session? How would I feel about what a coach said to me?

"Constantly you have to relate to them as players and that's the best way to build rapport. And once the rapport is built, there's a lot more willingness to accept criticism and they're a lot more willing to take on advice and instructions."

Odhiambo will also use what he has learnt from the coaches he played under, including Leicester development squad coach Steve Beaglehole.

"He pushed me to be better than I thought I could be," says Odhiambo. "There was also a coach I had in Turkey called Osman and I really enjoyed his sessions.

"Everyday you would do something different or challenging but it was fun. He found a way to put a twist on it.

"That's certainly something that I try to implement in my coaching today."

As Odhiambo's playing career was winding down, he began his UEFA B coaching badges and spent time shadowing youth coaches at Leicester.

And he has taken that a step further by coming through a tough application process to earn a place on the Professional Player to Coach Scheme, which was launched this summer to increase the number of Black and Asian players moving into full-time coaching roles in the professional game.

He is one of the scheme's first intake of six coaches. Each will participate in an individualised learning and development programme. 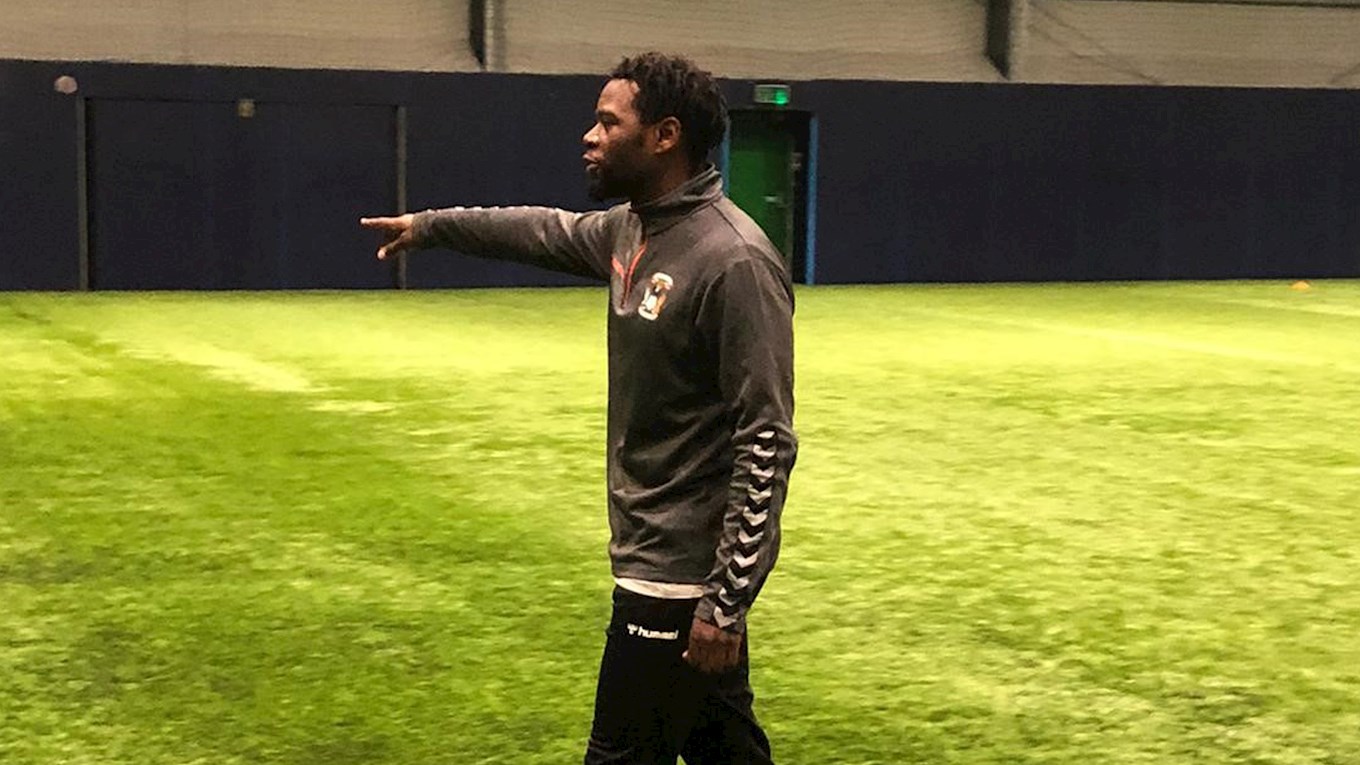 The club’s backing of the Scheme has been key, notes Academy Manager, Dan Bolas: “The CEO Dave Boddy and Mark Robins the first team manager have been really, really keen to be part of this. We had regular conversations throughout the lockdown period and into March, when this first started up.  They were really keen to hear who we were appointing.”

Eric’s background as a professional player will also be a big benefit to the Academy team: “Anyone that comes, that’s got different experiences to myself and the staff we’ve got in the building is only going to add value,” said Dan.

"Coventry have done a really good thing getting involved," he says. "I hope that I'm repaying their decision to enter this process.

"I wholeheartedly agree with the people who have put this forward and made this possible. There's so much value in it and there are people who want these opportunities. I hope they keep creating them.

"The opportunity is what's important. I believe I'll add value to anywhere that I go, so I don't think I'll disappoint.

"But if I do then that's on me, it's not on the next person. That next person also needs to have the same opportunity."