Ahead of tonight's fixture between the Sky Blues and the Rams at Pride Park, we take a trip down memory lane and look back at some of those players who have played for both sides... 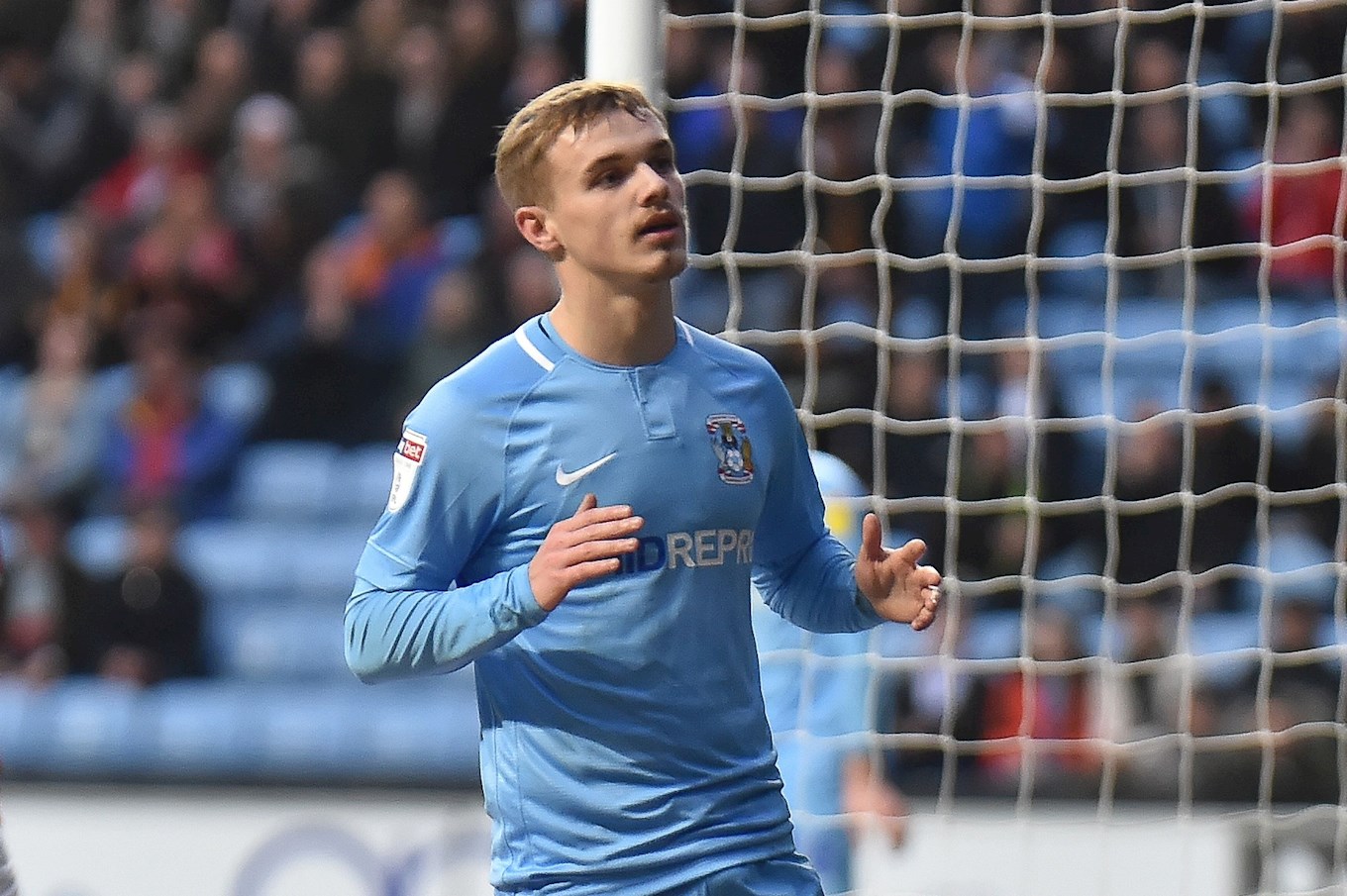 Once a trialist for one of Europe’s elite Thomas grew up and came through the youth system at Cheltenham Town and it was during his time there, he would be offered an opportunity to join Benfica aged 17.

Although things failed to materialise in Portugal, back in England clubs had caught wind, sparking a hotly contested race for the youngsters’ signature, with the Rams ultimately signing the youngster, beating a host of top teams.

His debut for Derby came in his second season at the club after he was rewarded for a string of impressive performances for the Under-23s, catching the eye of manager Gary Rowett.

The following season Frank Lampard took over the reins at Pride Park and he allowed Luke to spend the 2018/19 season on loan with the Sky Blues.

An important resource for Mark Robins; Thomas went on to make 44 appearances with City scoring five goals in all competitions.

His form on loan with Coventry hadn’t gone unnoticed and ahead of the 2019/20 season, Barnsley signed the winger on a permanent basis from Derby, where he currently is still playing his trade. 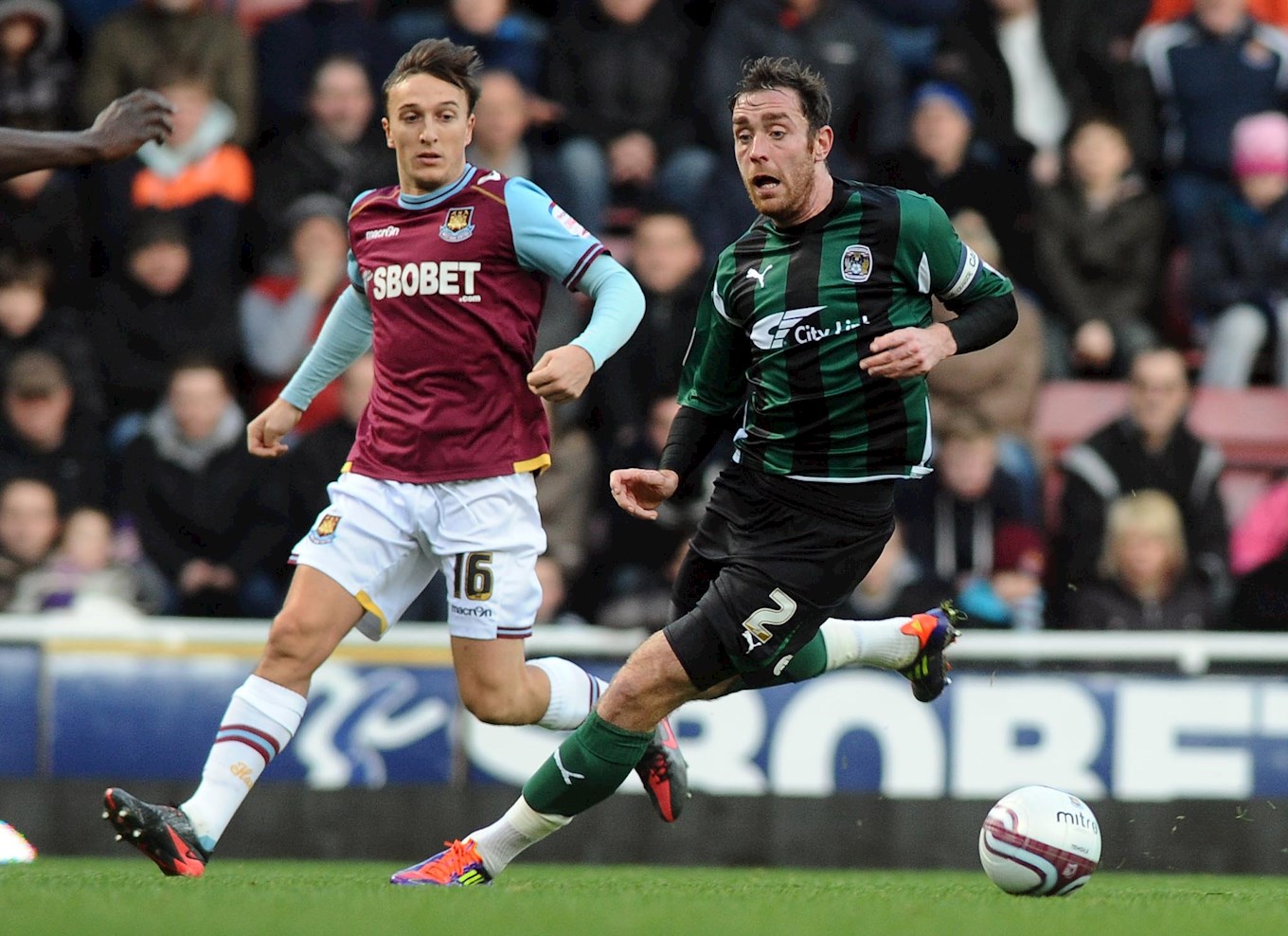 Richard Keogh started his professional career at Stoke City having joined the Potters youth set-up from Ipswich Town. Keogh would make his professional debut whilst on loan in Iceland, before returning to England and joining Bristol City.

A number of loans followed during his time in Bristol, one of whom was Carlisle, who he eventually joined permanently at the expiration of his contract with the Robins.

In the summer of 2010, Keogh was on the move again, this time joining the Sky Blues where he immediately became a mainstay in the heart of the City back line, appearing in every league game in the 2010/11 season.

His departure from the club on the back of relegation ended a run of 91 consecutive matches played for City as he stayed in the Championship with Derby County.

Immediately named Rams captain, Keogh would go on to again play every minute of the season and like he did at Coventry would be voted the clubs, Players’ and Supporters’ Player of the Year in his first season.

The second season was much of the same from Keogh as he remained a fixture in the heart of the defence as Derby reached the Play-Off finals losing to QPR.

He would also lead the club back to Wembley in the Play-off final once more, this time in 2019 against Aston Villa, but it was the same outcome as the Rams narrowly fell to defeat. 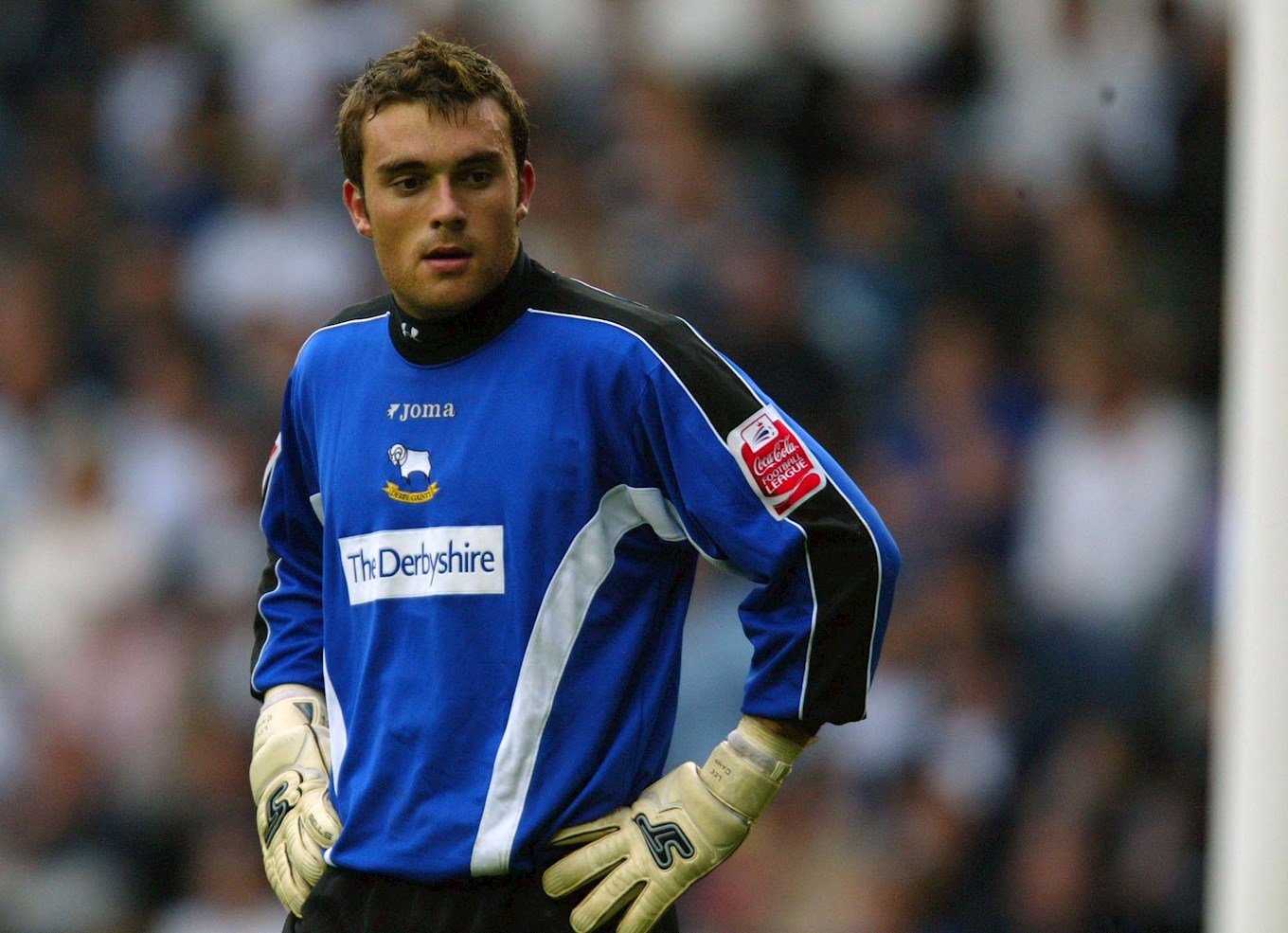 The goalkeeper came through the Rams academy and would go on to make 97 appearances for the club over a five-season spell and spent time on loan at Burton Albion, Norwich City and had two temporary spells with QPR.

He eventually completed a permanent move to the R’s in July 2007, having helped the club achieve promotion from the third tier back in 2003/04, during his first loan spell with the capital club.

Camp would spend just over one season with Rangers before being loaned out to Nottingham Forest who he joined permanently in July 2009.

He won the club’s Player of the Season award at the end of his first full campaign with Forest, making a total of 178 appearances over four seasons, before joining Premier League club Norwich in January 2013.

The former Northern Ireland international made three appearances in the top-flight for the Canaries, during his second spell with the Canaries, before joining West Bromwich Albion that summer.

After once again finding himself out of the team, he joined Bournemouth on loan during the 2013/14 season, with the move made permanent in January and played nine games the following season as the Cherries secured the Championship title.

The 36-year-old moved to Rotherham United in September 2015 and won the club’s Player of the Year award at the end of his first season before spending brief spells with Cardiff City and Sunderland.

Most recently, Camp was playing in-between the sticks for Birmingham City, making 86 appearances over the last two seasons, before his release this summer.

Following an injury to Marko Marosi against Cardiff, the Sky Blues swooped for Camp’s services, signing a short-term contract with the club and was named on the bench for the draw at Norwich last weekend.