In a feature first published in PUSB, writer Rob Mason investigates international players who represented their country while on Coventry’s books - this time, it's Sammy Clingan!

Still playing for Glenavon in Northern Ireland, Sammy Clingan won 11 of his 39 full caps for Northern Ireland while with Coventry and later had a short stint as a Doncaster Rovers player. His last game in English football was for Doncaster in a 4-1 home defeat against Coventry ten days before Christmas in 2012. The same fixture the previous season had marked Sammy’s last goal in England – but on that occasion he was a Coventry player netting in a 1-1 draw. 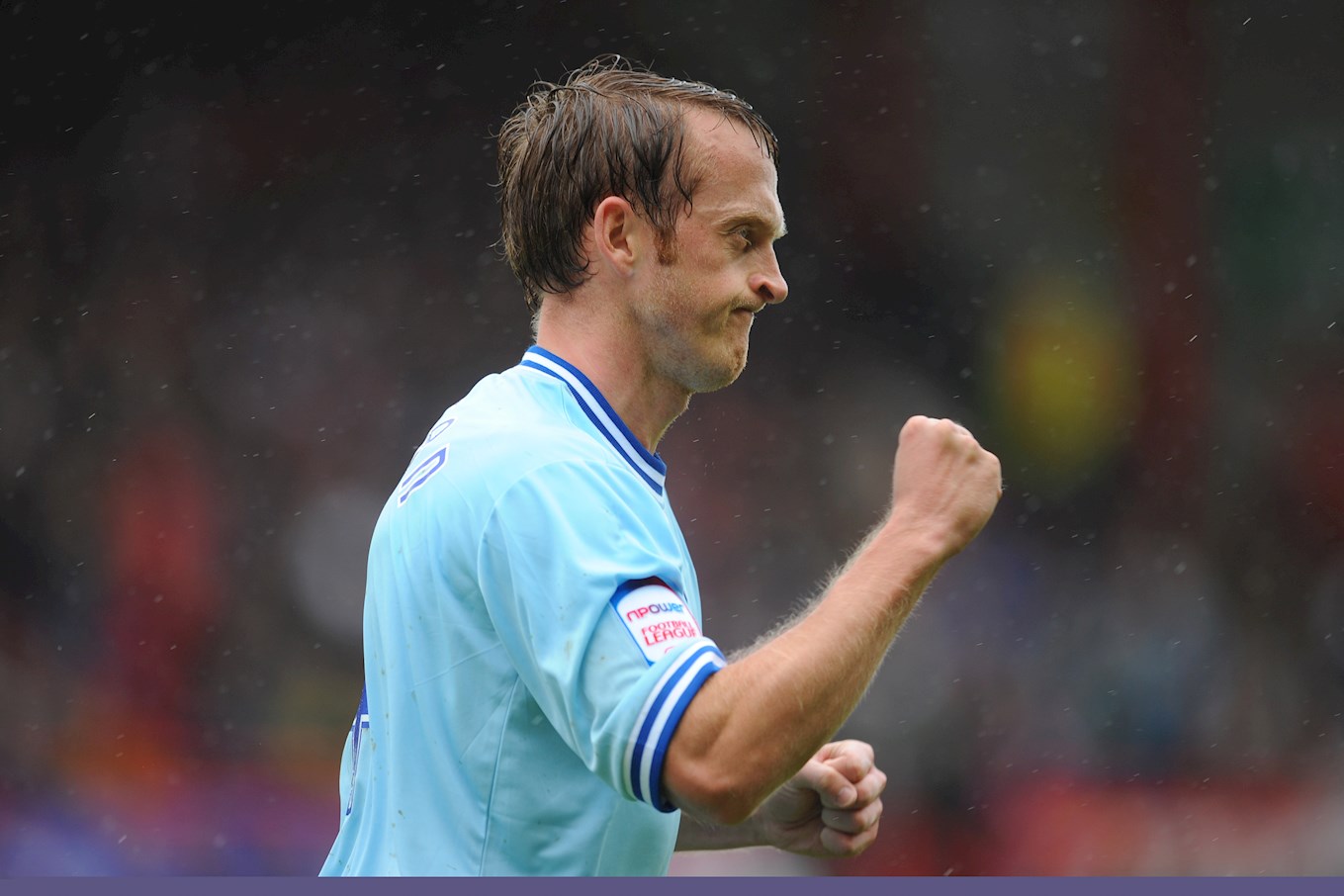 It was one of seven goals Clingan claimed for the Sky Blues in exactly 100 appearances for the club who paid £650,000 for his signature ten years ago last July. Although he struggled with a series of injury problems at Coventry – one of them a toe injury picked up playing for Northern Ireland – Clingan became captain of Coventry for the 2011-12 campaign

It was right at the start of that season that Sammy enjoyed an international victory for the only time as a City player. Clingan already had 21 full-caps when he came to Coventry but his international fortunes took a dive during his time with the Sky Blues. Having been on the winning side seven times, along with nine defeats and five draws before coming to Highfield Road, once he was a City player he was on the losing side seven times, managed three draws and tasted victory only against the minnows of the Faroe Islands.

Clingan almost didn’t come to Coventry at all. Speaking to the Belfast Telegraph a couple of years ago Sammy explained that but for Norwich’s relegation he would have preferred to remain at Carrow Road rather than sign the three-year deal he eventually put pen to paper to with the Sky Blues.

The Canaries however had slipped into League One but by the end of Clingan’s Coventry contract his latest club had dropped to the same level. Injury ruled him out of the game that dropped the Sky Blues to the same level Norwich had fallen to – against already relegated Doncaster.

After leaving Coventry he had trials with Crystal Palace and Charlton, before signing for Doncaster at the end of October on a month to month contract. At this point the future still held another half-dozen international appearances for the midfielder but none would be made during his nine-game stint with Rovers. 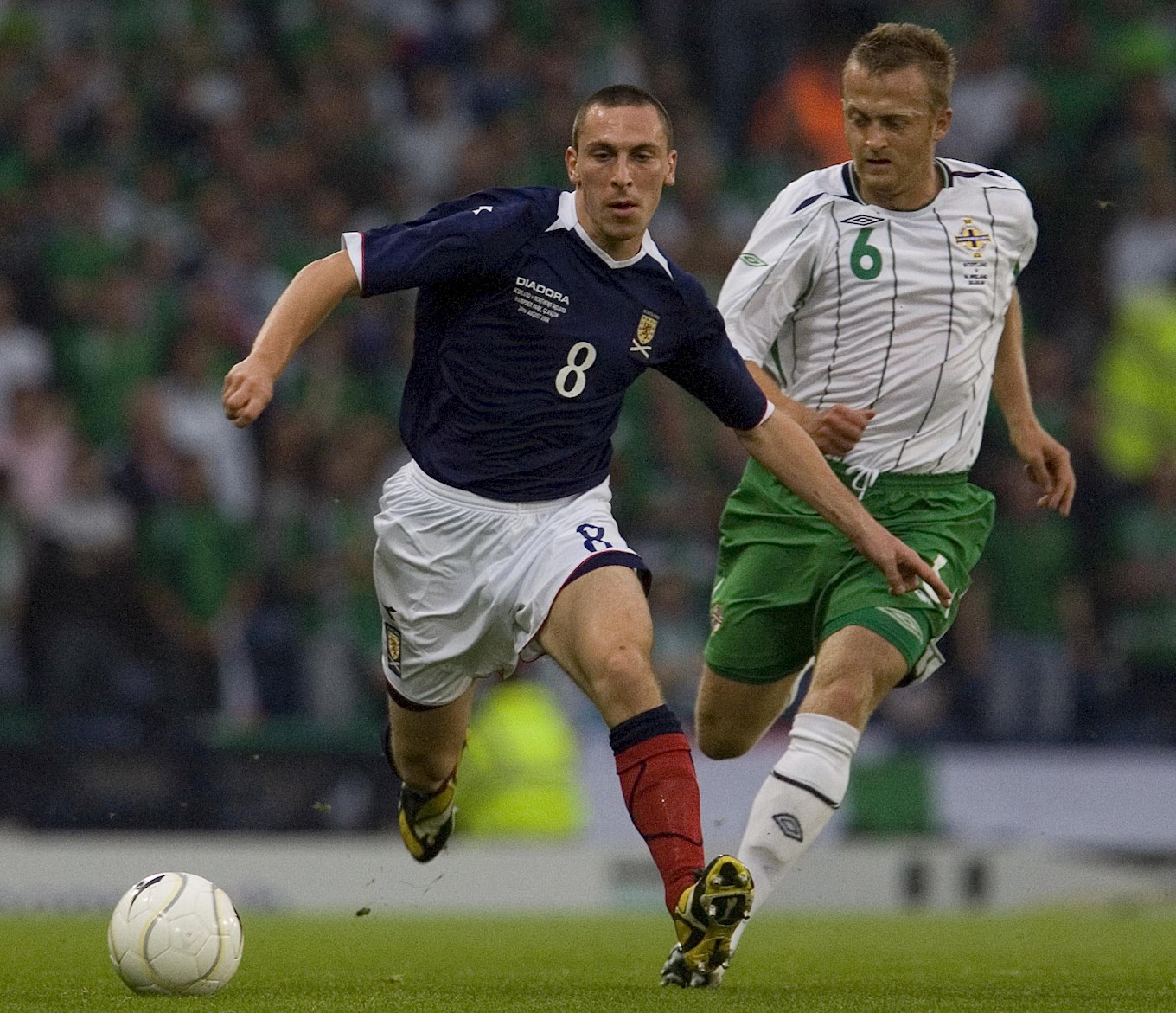 By the time Sammy played in a World Cup qualifying game with Israel in March 2013 he was impressing with Kilmarnock who he had joined at the end of January. Six years ago today he scored against Celtic – albeit his side were well beaten. It was one of five goals Clingan scored in 60 games for Killie who he left at the end of the 2014-15 season.

With a final international appearance having come in a European Championship qualifying defeat in Romania in November 2014 – the only one of his full caps that came as a sub – it looked as if Sammy’s career was over in the summer of 2015. After leaving Kilmarnock he did not sign up with any club for the entire duration of 2015-16. A proposed move to Gillingham fell through due to a knee injury exacerbated by the player trying to reach fitness by training with Donegal Celtic.

Although a catalogue of injuries counted against him his birth certificate didn’t. Clingan was still just 32 when after a year out of the game he signed for his old international team-mate David Healy at Linfield in the Northern Irish Premier League in July 2016. There would be 15 appearances in his one season with Linfield – including a game back in Scotland at Queen of the South in the Scottish League Cup – a competition some Irish teams are encouraged to enter.

In August 2017 Sammy switched from Linfield to Glenavon where he is now in his third season. Recently married, Clingan has just moved back to Scotland but so valuable is he to the Mourneview Park club that Glenavon allow him to travel over on a Thursday to train before the weekend fixture and then return home immediately afterwards.

Belfast born, Sammy started in Irish football where it appears he will finish his playing days. Starting with Lisburn Youth he began to forge his young life while the Troubles still dominated his homeland. Quickly impressing on the football pitch, Sammy made a dozen schoolboy international appearances at Under 15 level – once being in direct opposition to Iniesta of Spain in a match played at Derry City. Clingan went on to win two caps at Under 16 level before coming to England when he was 17. 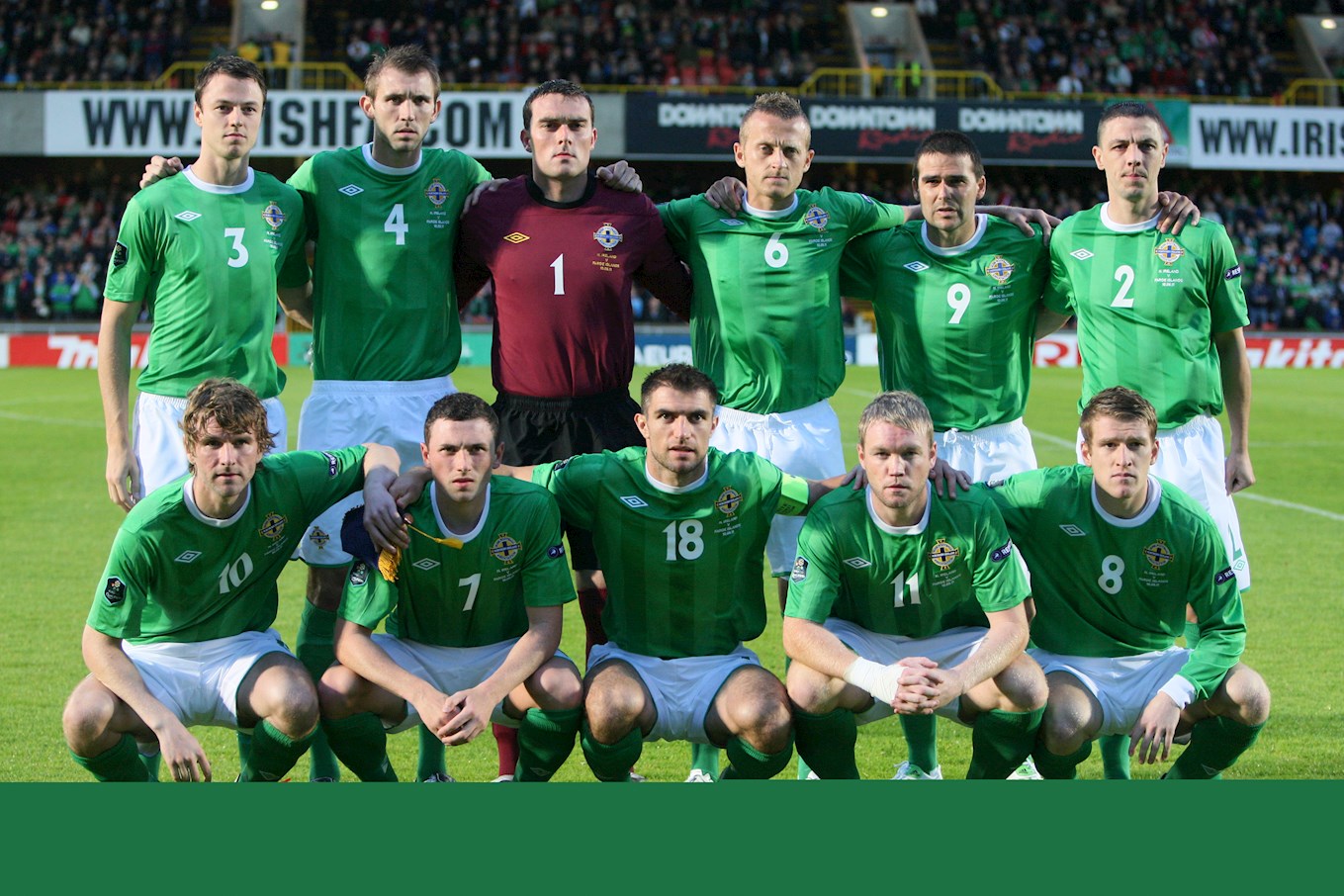 Spotted and signed by Wolves Sammy skippered their reserves and got as far as being named as sub in the Premier League while remaining on the international radar, winning six Under 19 caps.

A League debut came at the KC Stadium in Hull 15 years ago next month in a League One fixture on loan to Chesterfield. Never a prolific goal-scorer he marked his home debut by getting on the score-sheet and added another one two games later as the Spireites earned a draw at near neighbours Sheffield Wednesday.

A second loan at Saltergate followed the next season. Although his impressive displays for Chesterfield were not sufficient to earn him an opportunity at Molineux, Nottingham Forest noted how well the youngster had done and snapped him up in January 2006. Unfortunately, his cause wasn’t helped when Gary Megson, who had signed him, departed the City Ground a month later.

Instantly involved after his transfer, Clingan debuted for Forest in a home defeat at the hands of Barnsley. Although Forest were in League One, a full international debut arrived at the end of the season, Sammy adding to his 11 Under 21 caps and one Under 23 appearance with a full debut against Uruguay, a 1-0 defeat at the Giants Stadium in New York. Four days later Clingan won a second cap against Romania at Soldier Field in Chicago, one where his industrious midfield play had plenty of opportunity to lay down a marker as the Irish restricted Romania to 2-0 after being reduced to ten men before half time.

Fifteen caps were won while with Forest – the highlight being a European Championship qualifying win over Spain that saw them twice come from behind as David Healy scored a hat-trick, with Sammy’s dead ball leading to the second goal.

In the summer of 2008 Forest freed Sammy after 96 appearances. There would be 43 in his only season with his next club Norwich with whom he won six caps, the last two of them being victories in World Cup qualifying games.

That he achieved so much in the game might surprise even him given an experience he had as a boy. Playing in the Crossgar Youth League he once scored a hat-trick of sorts –other than one of the goals climaxed a driving run and shot just after half-time. Unfortunately, this was an own goal as the youngster hadn’t realised the teams changed ends at the interval. He has come a long way since then.