The next of our SkyBet Championship opponents we profile is Derby County... 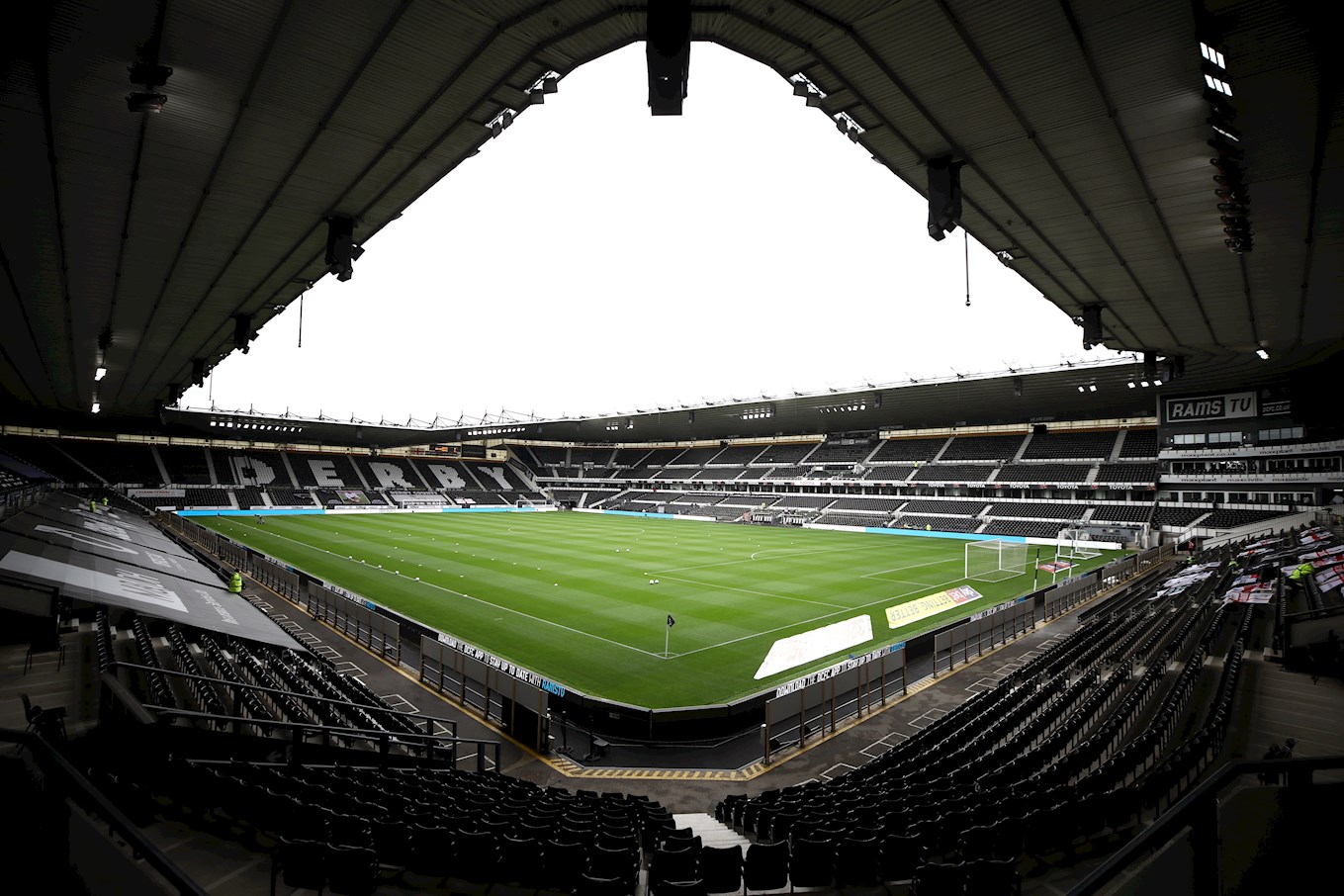 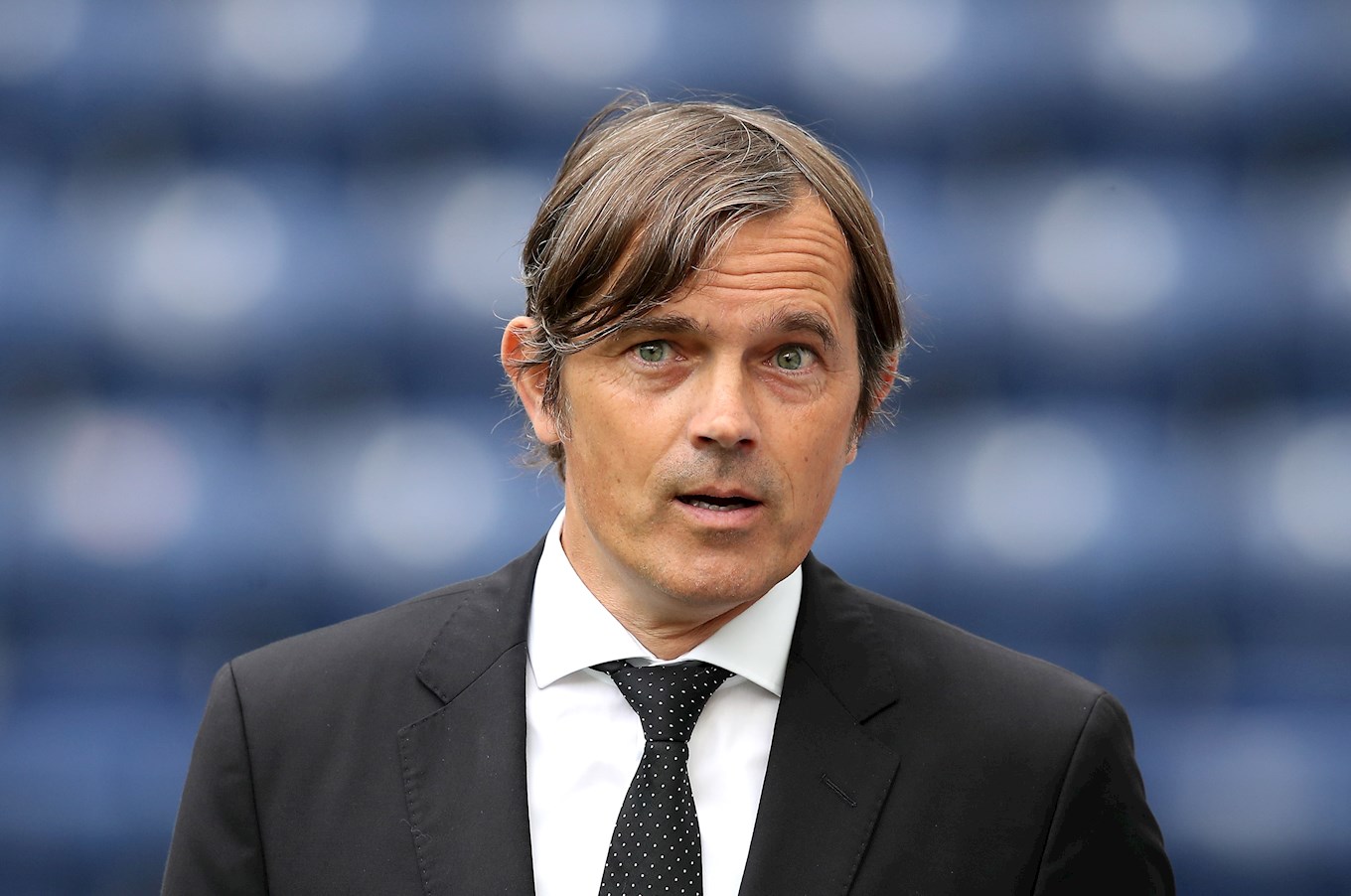 After departing Fenerbahce in 2018, Phillip Cocu replaced Frank Lampard as manager of Derby County In 2019.

He also would win the La Liga title during his six-year stint with Barcelona from 1998-2004.

Cocu’s first step into coaching came when he was appointed Netherlands Assistant Manager in 2008, before he took over as PSV manager in 2013, following a Caretaker spell in 2012.

As well as winning the Eredivisie as manager of PSV, Cocu also led his side to the KNVB Cup in 2012 and the Johan Cruyff Shield in 2015 and 2016. 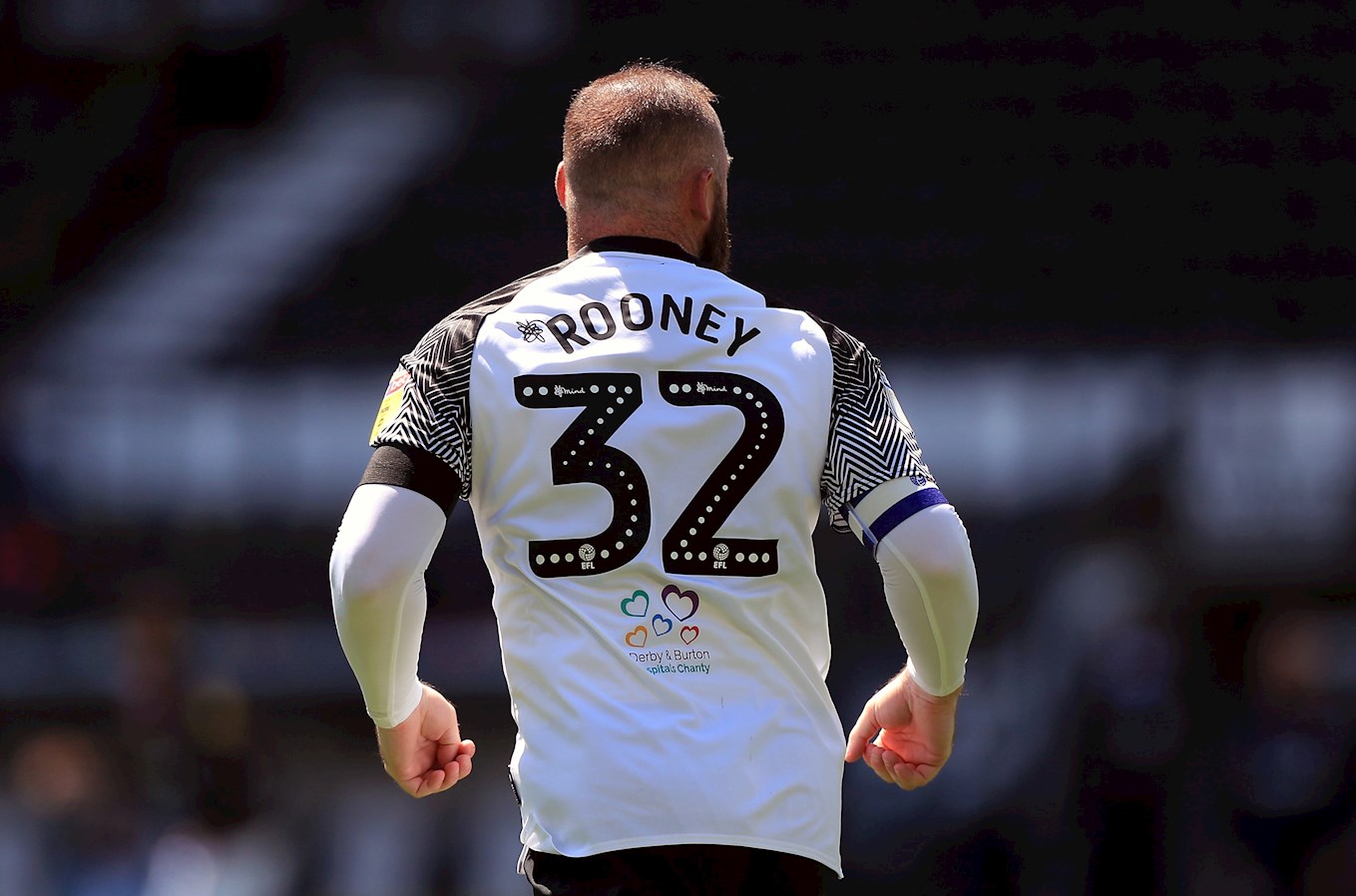 In goal, the Rams have former Nuneaton shot-stopper, Kelle Roos between the sticks, after joining Derby back in 2014 from the Borough.

In midfield the Rams boast a mix of experience and exciting young talent, with 18-year-old Louie Sibley the stand-out and international trio, Tom Lawrence, Graeme Shinnie and Duane Holmes alongside him.

Probably the most recognisable face in the Derby side will be former Manchester United and England striker, Wayne Rooney, who also doubles up as a coach at Pride Park. 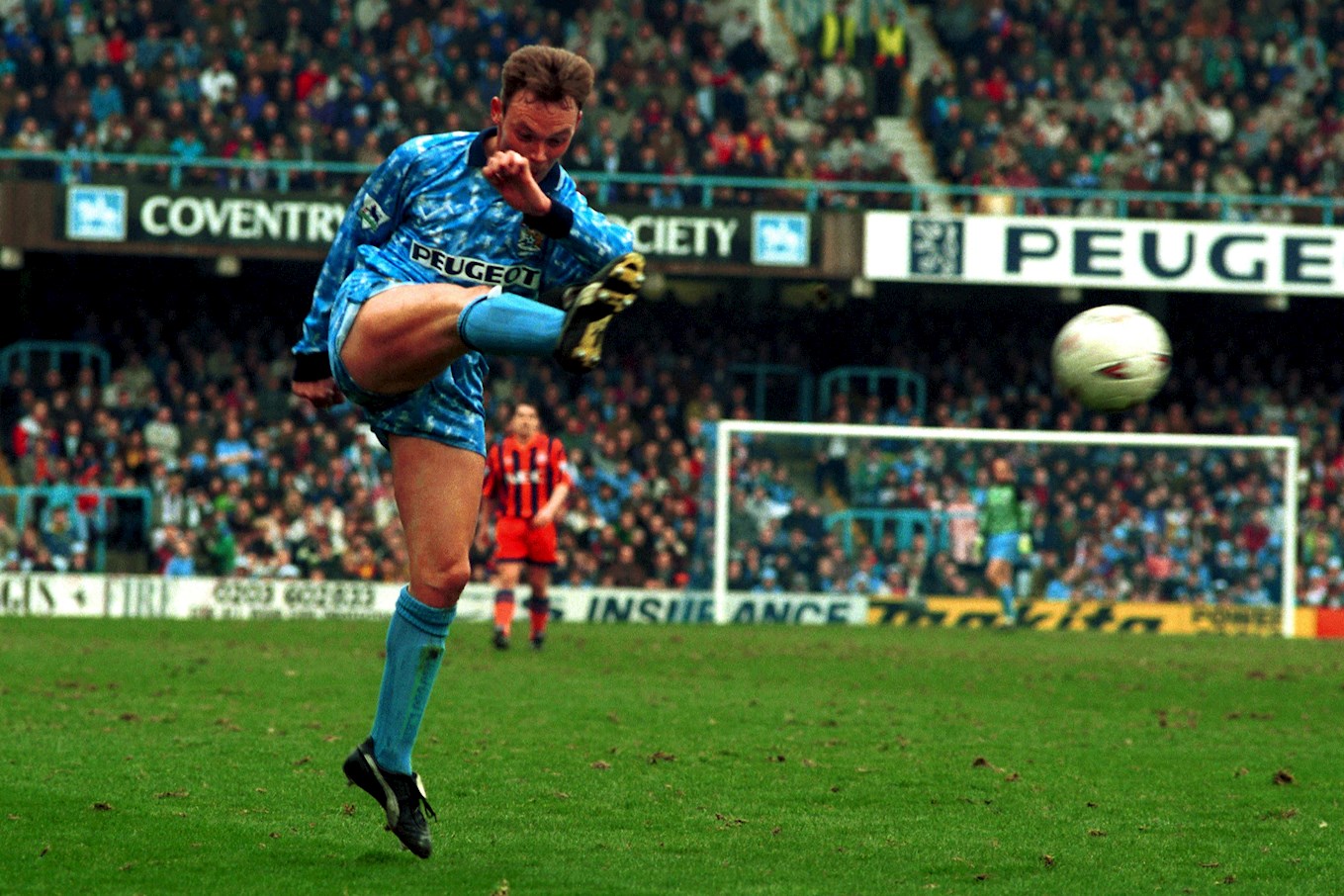 Flynn was signed in 1991 by the Sky Blues, where he would make a goalscoring debut in December of the same year in a 3-0 Boxing Day victory against Sheffield United.

He would go on to make 105 appearances for the Sky Blues, scoring 5 times. After Ron Atkinson replaced Phil Neal, Flynn fell out of favour and left Highfield Road in the summer of 1995 when Jim Smith made him one of his first signings at Division One Derby County for £250k.

Derby finished 2nd in 1995-96 to earn promotion to the Premier League. Starting the 1996-97 campaign back in the top-flight, Flynn dropped out of the side and moved on loan to Stoke in March 1997.

Flynn made the switch to his boyhood club West Bromwich Albion for a fee of £260,000 in August 1997, playing 122 games and scoring 8 goals. In July 2000 Flynn moved on a free transfer to Tranmere Rovers and spent 2 years at Prenton Park, playing 82 times and finding the net on 11 occasions. Flynn had a spell at Kidderminster Harriors, before a series on non-league clubs ahead of retirement in 2012. 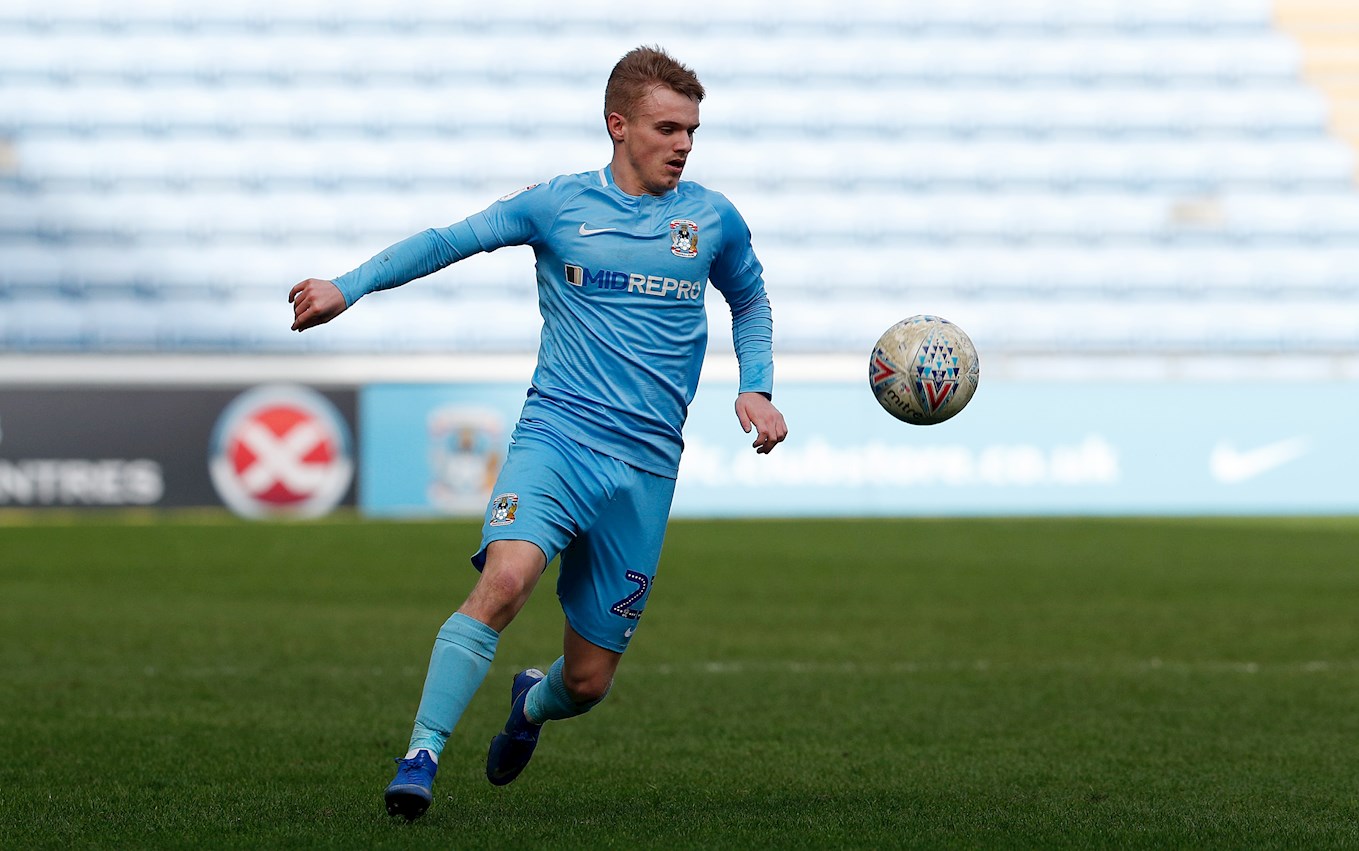 Thomas started his career at Cheltenham Town in 2015, only making one appearance for the club, which was in the FA Trophy against Chelmsford City.

The same year Thomas has a trial with Portuguese side Benfica, before returning to England in 2016 and signing for Derby County on a two-and-a-half-year deal.

After impressing in Derby’s under 23 side, he signed another three-year deal and made his first team league debut against Queens Park Rangers in November 2017.

Following a loan spell at Gloucester City, Thomas joined the Sky Blues on loan for the 2018/19 season and would make 44 appearances, scoring 5 goals.

Upon his return to Derby, Thomas would sign for newly promoted side, Barnsley for an undisclosed fee in 2019. 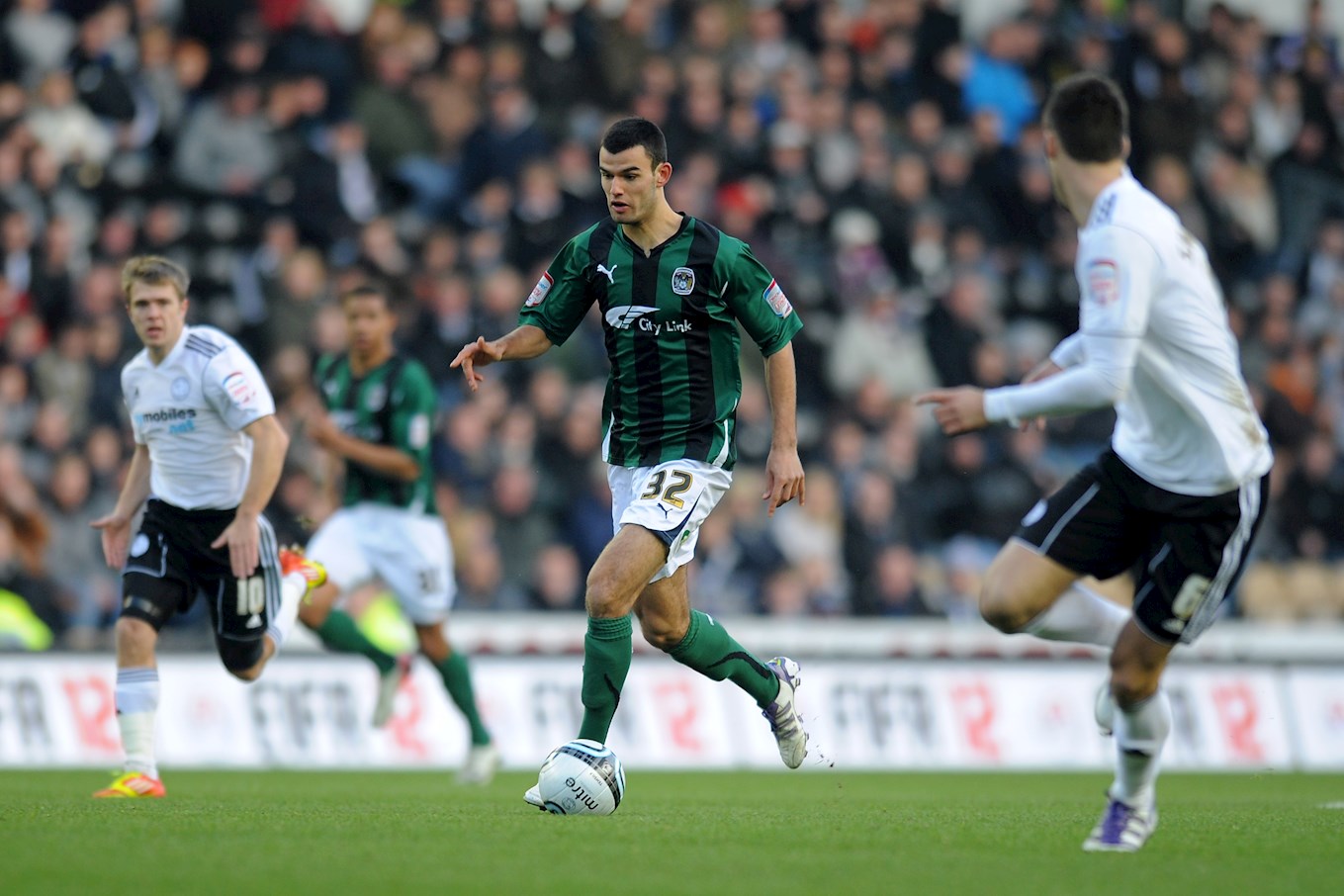 The Sky Blues last came up against the Rams over eight years ago during the 2011/12 Championship season.

Unfortunately, that day saw Derby come away with all three points, following a late goal from Callum Ball which gave the hosts the victory.

The ball was heading towards the Forest goalkeeper Barry Roche, but bobbled into the air which caused him to mis-kick it into the path of Peschisolido, who had an empty net to aim for, this was one of two goals he scored that day.

The coffee cup has since been auctioned, and the goal will be remembered as one of the most bizarre goals in Derby’s history.