A glance at the Premier League shows that managers of the top clubs seem to come from anywhere but Great Britain, whereas these days it is rare for English managers to be a success abroad - Crystal Palace boss Roy Hodgson being a notable exception.

There was a time when English managers were highly sought on the continent as guidance from men from the home of football such as William Garbutt and Herbert Burgess was looked upon favourably.

Jesse Carver won the 1950 Scudetto with Juventus. Carver also had Inter, Roma, Lazio and Torino amongst others on his managerial CV by the end of a long career that took him across the globe, but he shocked the footballing public – and perhaps even himself – by accepting the position of manager of Division Three South Coventry.

Maybe there was an inner pull to come to Highfield Road having been a teammate of City’s record scorer Clarrie Bourton in his early days as a centre-half with Blackburn, who he began with in the late 1920s! Carver came to Coventry in June 1955, taking over from long-term caretaker Charlie Elliott who had ‘minded the shop’ since the previous October.  While City had finished ninth in the old Division Three South in 1954-55, Carver had been in charge of Roma as they finished runners’ up in Italy. 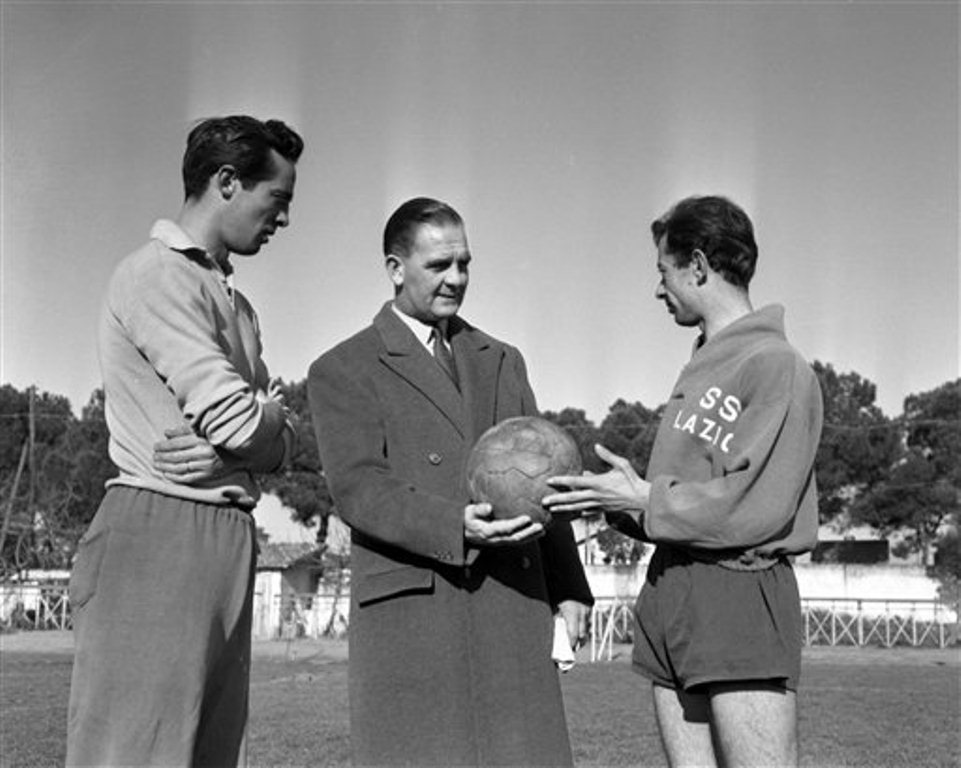 Offered the chance to take over from Walter Winterbottom as England manager, after the national side had emerged with a draw and two defeats against continental opposition at the end of the season, Carver declined. He knew the problems of working with the FA and their Selection Committees from being briefly in charge of the England B team in 1949. Instead he had already given his word to take over at Coventry.

England’s loss was not necessarily Coventry’s gain. Carver’s tactical acumen which had reaped rewards in the slower more technical game on the continent was not so suited to the level City were playing at. Over 24,000 turned up for Carver’s first match in charge, supporters going home happy after a 3-1 victory over Bournemouth. Home fans only saw the good side of Carver’s City. Every home league game under him was won, bar draws with Exeter and Aldershot. Away from home though it was the opposite story. By the end of November just a single point had been brought back from nine trips. 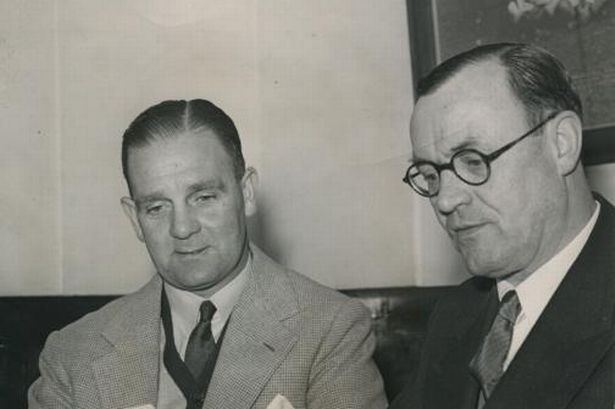 Carver tried to change style rather than personnel. Adopting a push-and-run approach evidently didn’t transfer to away games and only after Jesse relented and signed a traditional British centre-forward in Ken McPherson did Coventry stop being soft touches on the road. By then though Carver had long since had enough and was angling for his own departure. By the turn of the year he was back in Italy leaving in charge George Raynor – another British coach with a phenomenal track record of continental success who Carver had brought in as his assistant. Raynor had led Sweden to success in the London Olympics of 1948, a competition in which Carver had been in charge of the Dutch side knocked out by a GB XI led by Matt Busby.

Raynor and Carver would team up again at the following World Cup, Raynor leading host nation Sweden to the final with Carver as his assistant – only for them to be undone by a brilliant Brazil inspired by the 17-year old genius Pele. Sweden’s squad included players from five Italian clubs, Carver having managed there extensively by this point.

Jesse’s playing days had come to an end with the outbreak of World War Two at which point he had become a Police Officer, before returning to the game as assistant trainer of Huddersfield Town in 1946. Carver wasn’t a believer in the typical training methods of the day which revolved around physical strength and the building up of stamina through long distance running. Instead he preferred to work with the ball and was tactically minded.

Despite Huddersfield struggling Carver landed himself a position as manager of RFC Xerxes in Holland after which he was approached by the Netherlands FA to look after the national side. It was during this first stint on the continent that Carver developed his ideas on playing with a flat back-four – something almost unheard of in English football at the time where the old ‘WM’ formation based on two full-backs and three half-backs was still the norm. Equally ahead of his time Jesse worked on combinations of zonal and man for man marking.

Following the 1948 Olympics in London Carver took a job in the capital at Millwall as coach to the renowned disciplinarian Charles Hewitt. Millwall pulled up no trees, finishing eighth in division two. However, having also seen him take charge of England B, supervising 4-0 away wins over Finland and the Netherlands Gianni Agnelli the Juventus President invited Jesse to join Juve where he succeeded Scotsman Billy Chalmers, who like Carver was a former Newcastle and Bury player. 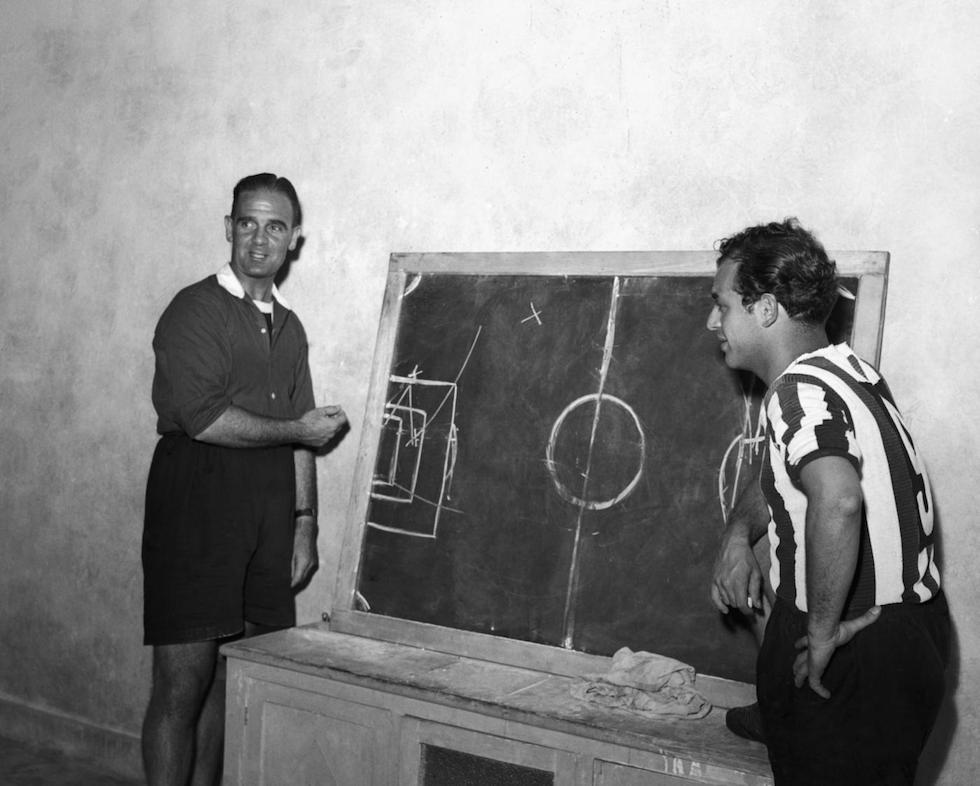 Carver would be a big success in Turin, winning 51 of his 76 games in charge. 28 of these would come in his first 38 game season as Juve won their first Scudetto for 15 years scoring 100 goals in the process in a settled side where all 11 regulars played a minimum 32 of the 38 games.

The following year Juve scored over 100 Serie A goals in finishing third but friction between Carver and the Bianconeri board led to Jesse’s resignation, whereupon he was replaced by ex Juve midfielder and 1934 World Cup winner Luigi Bertolini. Carver briefly took over at Turin rivals Torino before, in a forerunner of his move from Roma to Division Three South Coventry, he swapped one of Italy’s top jobs (at the time) for Serie B minnows A.C. Marzotto. They only just missed relegation by two points but enjoyed the highlight of a 3-0 win at champions Roma who Jesse would go on to manage. 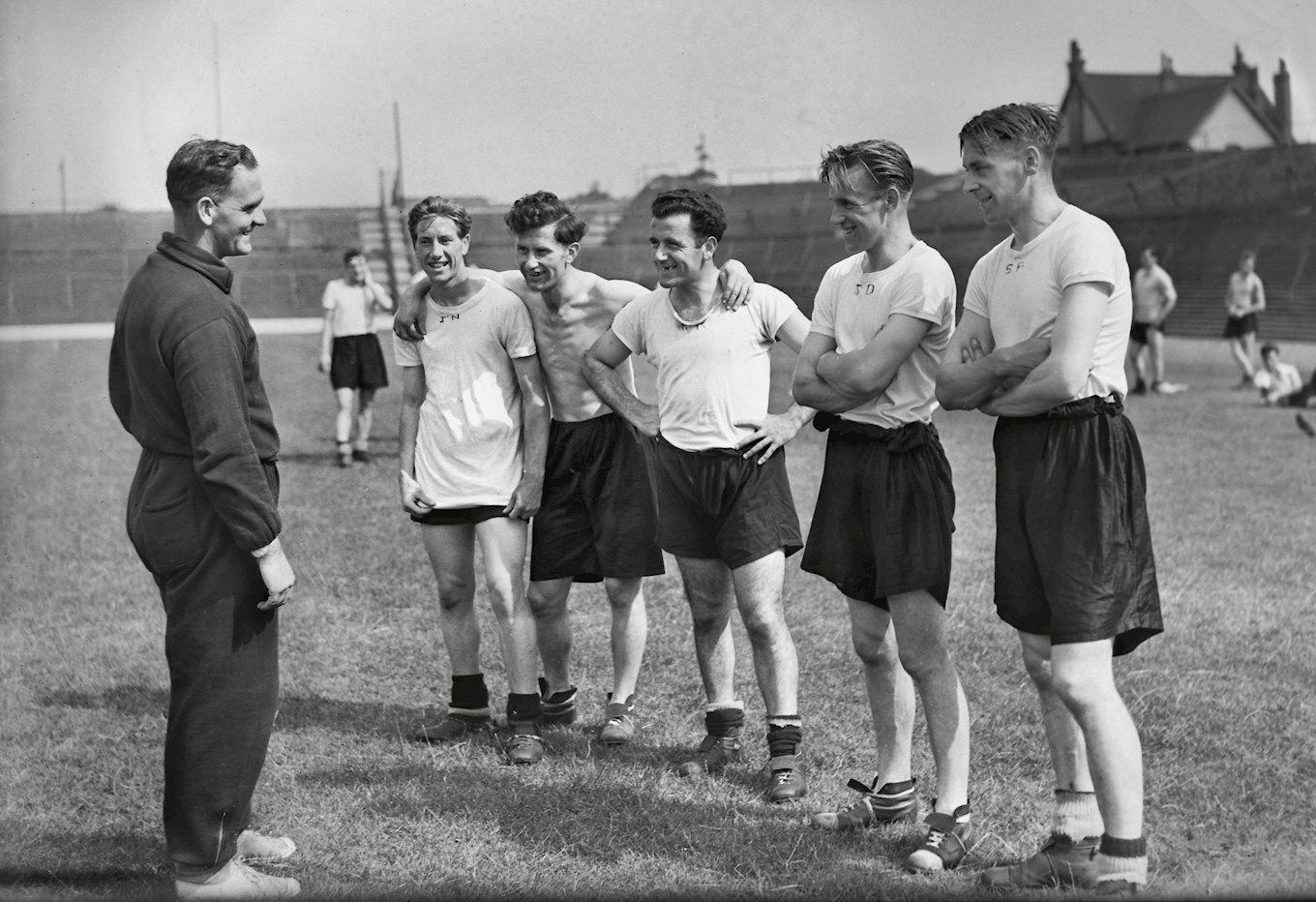 Carver’s return home to Coventry wasn’t his first dabble with English management. After leaving A.C. Marzotto his next stop was West Bromwich Albion. Appointed at The Hawthorns on 18 April 1952 he saw his new side lose a derby at Villa 24 hours later and finish mid-table in the top-flight. As with his future spell at Coventry, Carver’s time with Albion was short-lived, despite him doing well. Seven of the first nine games in 1952-53 were won but by 9 December he was on the move again after signing off with three wins in a row. Carver was succeeded by Vic Buckingham, another English manager of the era with a stellar continental CV that included being in charge of Barcelona, Seville and Ajax.

No sooner had Carver left West Brom than he was back in Italy as a coach of Lazio under the management of his old Torino colleague Giuseppe Bigogno. With Bigogno replaced by Alfredo Nights at Lazio, Carver returned to Torino. As so often happed with Jesse his time in charge was short-lived. Only one game in seven was won and after losing the Turin derby 2-4 at home to Juve followed by a 1-0  defeat to his former club Lazio on 25 October he was dismissed 24 hours later.

Always in demand, within a fortnight he succeeded another 1934 World Cup winner, Mario Varglien, at Roma, winning his first match against Novara, the one side he had defeated earlier that season as boss of Torino. Sixth in Carver’s first campaign, Roma’s first at the Olympic Stadium, Jesse lifted the giallorossi to third in 1954-55.

It was at this point that Carver accepted the invitation of Coventry chairman Erle Shanks, apparently a personal friend, to take over at Highfield Road. If Carver didn’t lack friends in England, neither did he lack them in Italy and having manoeuvred his swift departure from Coventry, as explained earlier, he was immediately back in employment, once again with Lazio where he took over from Luigi Ferrero and Roberto Copernico, the latter of whom had been brought to Lazio by none other than George Raynor. 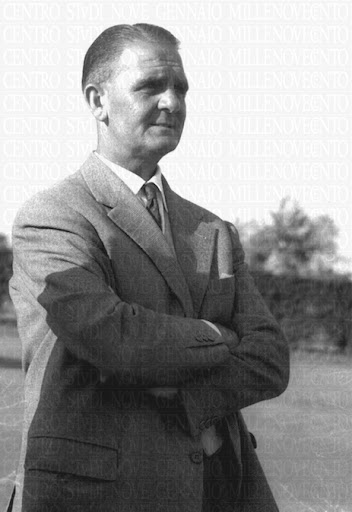 In Carver’s full season in charge of Lazio he led them to the same third place he had managed with rivals Roma two years earlier. His top scorer was Arne Selmosson who a year later would play against Wales at the 1958 World Cup for the Raynor-Carver led Sweden. Another member of that World Cup side who had just played for Carver was Lennart Skoglund who scored in the semi-final win against reigning champions West Germany. Skoglund had been part of Carver’s Inter side, Jesse having taken over the Milan giants following his third place finish with Lazio. Carver though oversaw a disappointing season for Inter who finished joint ninth.

In a repeat of the 1948 Olympics after which he took a job in London, following the 1958 World Cup London was again Carver’s next stop, joining Bill Nicholson’s coaching staff at Spurs in October. True to form though the lure of the lire had him back in Italy five months later, this time as coach of Genoa. By October 1959 he had replaced Gipo Poggi as manager in a season where Genoa were charged with trying to bribe players in a game against Atalanta during Carver’s reign which was again brief – leaving on 7th March after a defeat at AC Milan with the club in disarray.

Returning to Lazio in January 1961, Jesse started with victory over Torino, going on to lead Lazio to the Coppa Italia final, losing 2-0 to the previous season’s league champions Fiorentina. 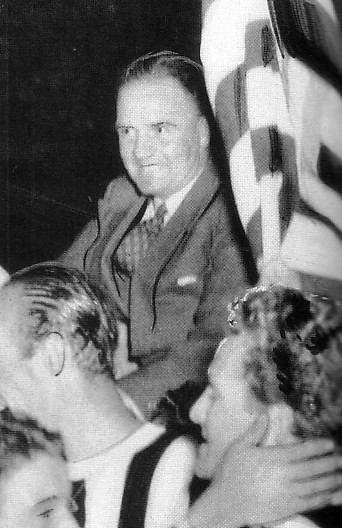 Cup success however was to come Carver’s way two seasons later, by this time in Cyprus with APOEL, beating Anorthosis in a replay after finishing second to them in the league.

After coaching in Portugal and the USA, Carver finally returned to England to retire in Bournemouth but was unable to resist one last hurrah, returning to APOEL in 1969-70. Perhaps it was a step too far as his side were whacked 10-1 in the European Cup Winners’ Cup by Lierse who proceeded to lose 8-0 on aggregate in the next round to eventual winners Manchester City.

It was the final curtain of career stretching over six decades. Just seven months of that was spent at Coventry but City were part of a fabulous story of a man who was a huge influence on continental football.