Coventry City’s Grounds Manager Colin Wilson has been speaking about how he is maintaining the pitches at the Sky Blues’ Ryton training ground during the suspension of football.

The Sky Blues ceased training at the Sky Blue Lodge on 13th March, when the suspension of football due to the Coronavirus was announced.

Colin and his team at Ryton continued to work, but following the ‘lockdown’ announcement by the Government, Colin is now the only one of his team of three to continue to work at Ryton.

“I’m working on my own on the pitches at the moment,” said Colin.

“I’m just in contact with those people at home, then jump in my car to work and that’s it. I don’t see anyone else.

“I’m looking forward to everyone returning. I’m following all of the safety advice from the Government. I’m in the work shed, there’s nobody else in there so I don’t need to sanitise the machines between different people using them – that would have been something we would have had to do if there was more than one of us in.”

While the pitches are not in use by the Sky Blues first-team and under 23s squads, there is still plenty for Colin to be doing.

“I’m not needing to cut the pitches every day as grass growth is still quite slow, with temperatures a little bit below where we need them to be for that,” explained Wilson.

“I’m running over them 2 to 3 times per week, just to maintain the height and the levels.

“Surprisingly after all the wet weather we had this winter I’ve had charge up the irrigation system and start watering the pitches during this current dry spell , just to keep the top surface moist because of the fine sandy top surface here at the training ground”. 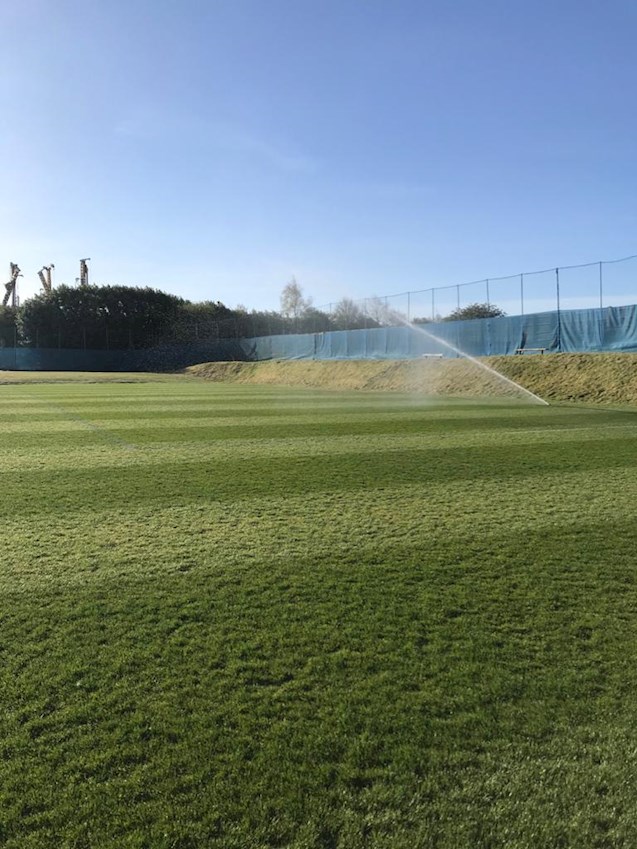 “I’m still carrying on with marking the pitches, which is quite a sad job because nobody is here to play football. I want to keep the place as it would be if they were all still here, and keep on top of everything – mowing regimes, marking out, watering. Obviously I don’t need to divot or tidy up after training sessions.”

While two members of Colin’s team at Ryton are on a break, at the Alan Higgs Centre Neil Matts and Cole Edwards are still looking after the Academy pitches – though spending limited time and not in contact with each other, they are keeping the maintenance of pitches going there and the pitches in good shape for when the young players return. 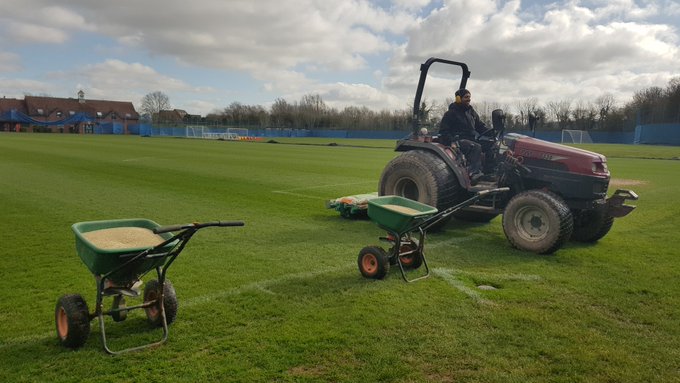 The enforced break has come following a very wet winter in the UK, which has caused its own challenges for the Sky Blues ground staff.

Wilson said, “It’s been the wettest February since records began - I think from September until now we’ve had about one dry week through the winter months - so it’s been very tough.

“At times we were limited as to how many times we could get onto the pitches with any machinery, let alone even pedestrian mowers on some occasions. It was a very challenging winter although we only cancelled one training session due to heavy rainfall, and then coming out of that it’s a case of trying to use the Verti-Drain, punching holes into the ground and opening up and getting some air back in there.

“With the current weather we we’re trying to get them to dry out a little bit in readiness for a spring renovation but that has been put on hold due to the logistics of moving contractors and supplies during the on-going lockdown, so everything will stay in-house and making the most of our own resources .” 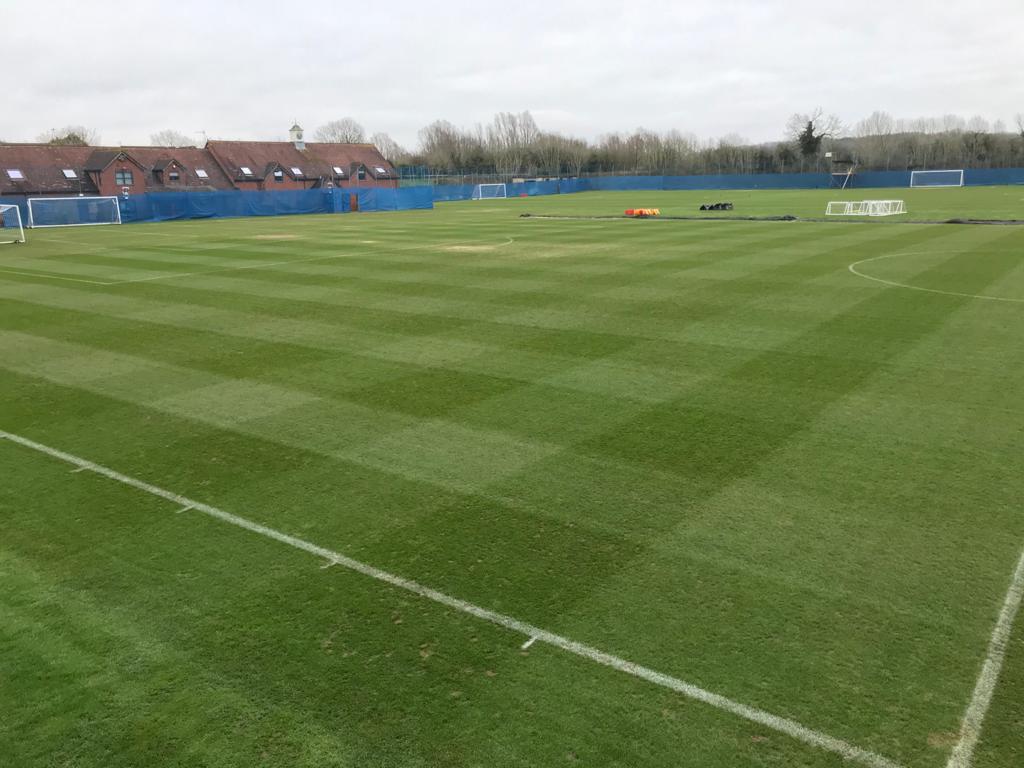 As we enter April, spring is underway and Colin is looking forward to new growth on the pitches for whenever it may be that the Sky Blues return to the pitches.

“Our order has gone through for fertiliser and wetting agents, so we’ve got chemical treatments to go on and fertiliser,” Wilson said.

“Hopefully they will be going on next week, just to stimulate the grass as much as possible so we’ve got nice, strong growth coming through for Spring.

“We put on some fertiliser just before the lockdown happened, just coming out of Winter into Spring and to try to invigorate the grass a little bit and speed it along.

“This period has helped in that it is not getting hammered with training sessions every day, so it’s a case of keeping it ticking along until we get regular growth, which should happen in the next week or two I would think, and then hopefully it will be in good shape for when the players return.” 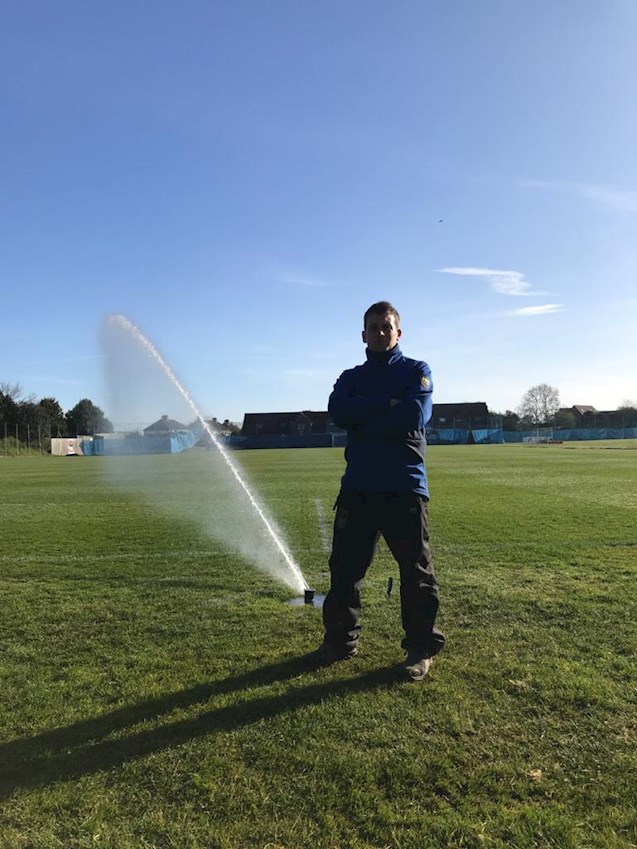 The EFL’s recommendation is that should grounds teams continue to operate on site during this period. In discussions with the Government on this issue it has been made clear to the EFL that the current restrictions should not prohibit grounds staff from going about their normal work.