Work has been completed to renovate the pitches at Coventry City’s Ryton Training Ground.

The Sky Blues suspended training on 13th March due to the Coronavirus and have not been back to the Sky Blue Lodge since. Initially the break was set to be until 3rd April, but as it has been extended the Sky Blues opted to undertake the work to improve the pitches.

Normally this would be done during the summer months but with City set to be in action to complete the season, the renovations were brought forward and the Sky Blues’ Grounds Manager Colin Wilson has been hard at work. Colin explained:

“Even from Day 1 it was spoken about, and we held off initially because we didn’t know which way things would go or how harsh the lockdown would be at the time – things like transportation and moving equipment and if that would be possible - but we were able to get the supplies and move people and machinery about, and that’s how we came to that decision to go for it.” 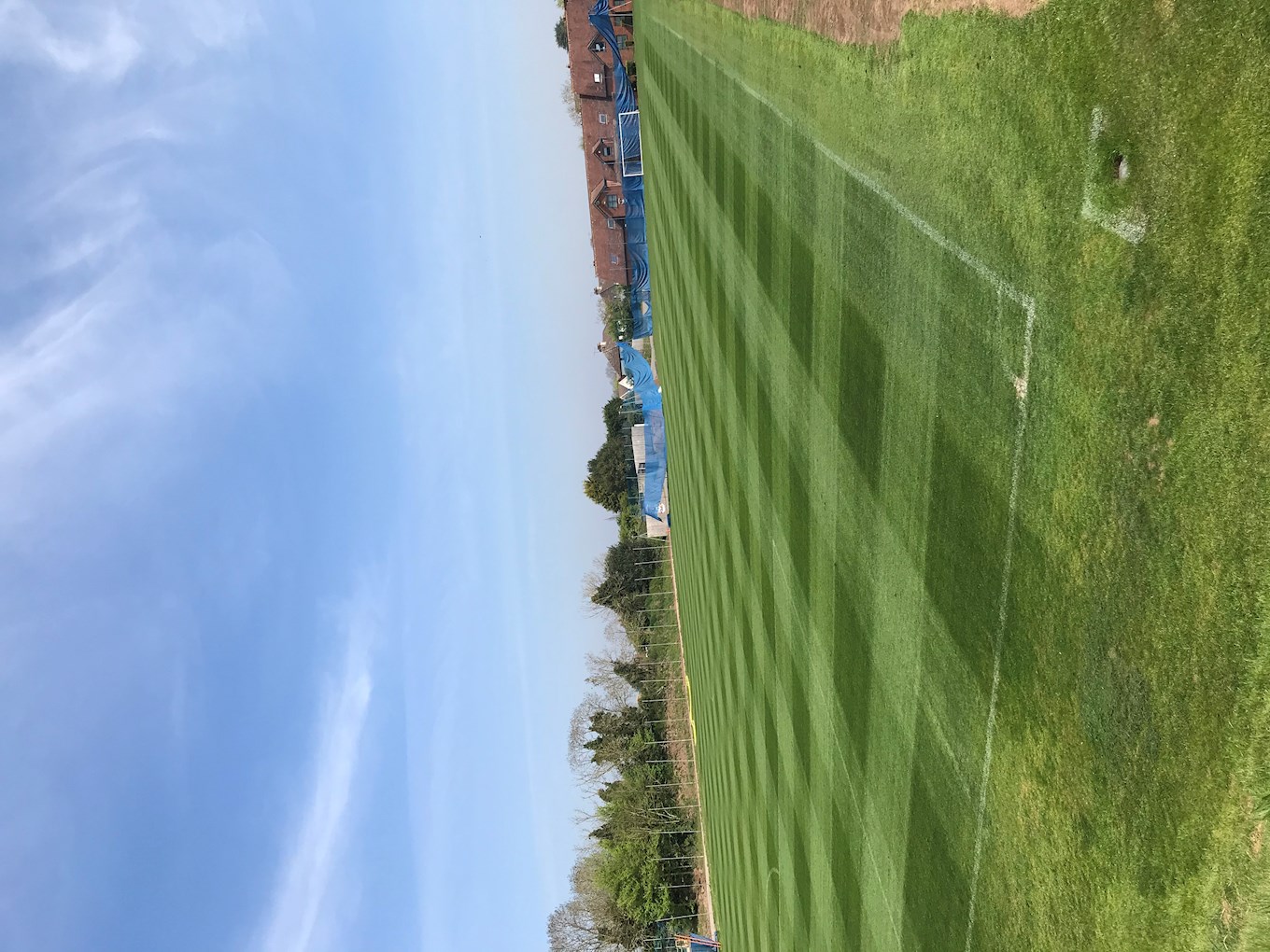 The renovations were completed in just three days, and Colin talked us through the work that was undertaken.

“Renovations began on Friday 17th April, and were completed by the Sunday evening,” Colin said.

“We did Fraise mowing, rather than doing the full Koroing off where we would completely take the top couple of inches of the playing surface off. Basically it’s a form of deep scarification where you clean the plant out. You’re then only left with the good, healthy stalks in the ground.”

The work has been done to new areas of the Ryton site, which previously had not necessarily been used for training – such as the area between the two pitches at the Lodge.

“We decided to do pitch one and the training boxes, and we’ve also included a middle piece between the two pitches and the top area of grass too - which we don’t normally do,” Colin said.

“We’re trying to improve every inch of potential usable grass areas on site. For the Sports Science staff, they wanted some more space to be able to train in and do their work so that’s why we’ve tried to utilise everywhere we can.

“With Pitch 2, because we want that ready and good to go as soon as potentially the players come back in May, we’ve just top dressed that to regain the right levels back in there.”

The three-day process, pushed further back into the Sunday due to rain on the Saturday, is an intense one, with several parts to it. Lakeside Contractors are brought in to undertake the majority of the work, but for this renovation social distancing guidelines had to be adhered to as well. 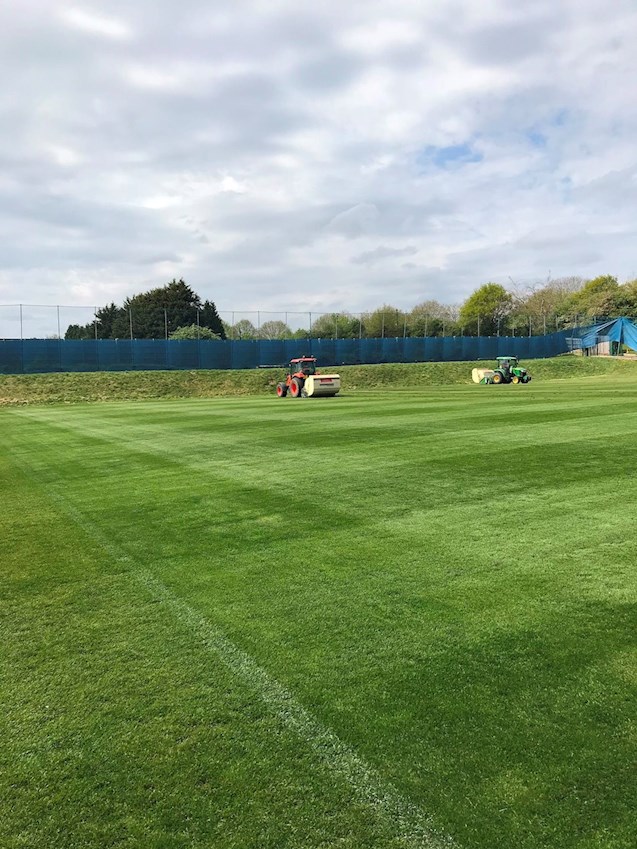 “We start off with the fraise mowing, which is a deep scarification and we do four passes over the pitch. That’s followed up with the Verti-drain coming in, to de-compact punching holes into the ground and gives it a bit of heave so that opens up the surface.

“We’ve then followed that up by applying 174 tonnes of sports sand, and that was spread over both pitches and training areas. 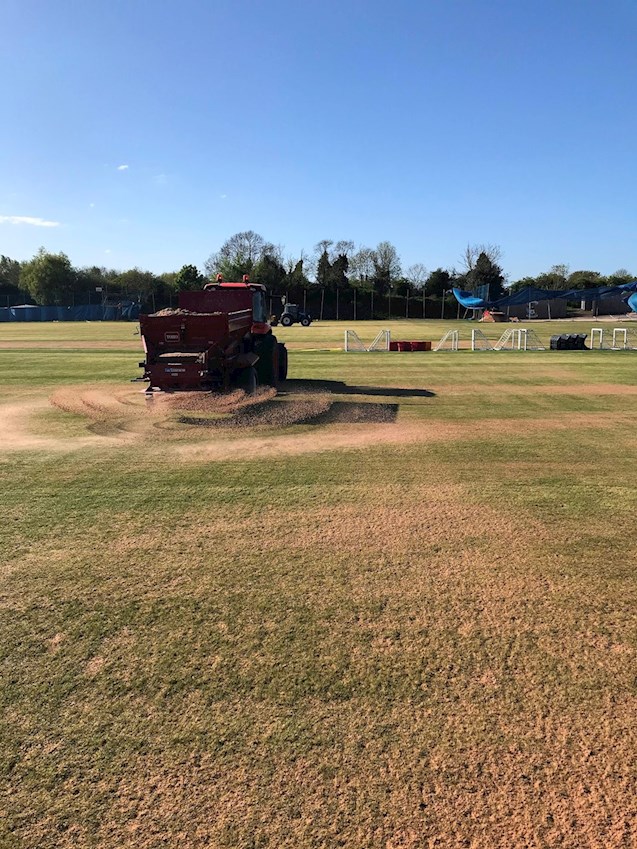 “That’s then drag-matted in – that’s a steel mat, towed behind the tractor - and then we drive up and down and across until we work that sand into the levels, and get the playing surface as level as possible.

“Then the seed drill comes along, and we used about 35 bags worth of seed in the end. 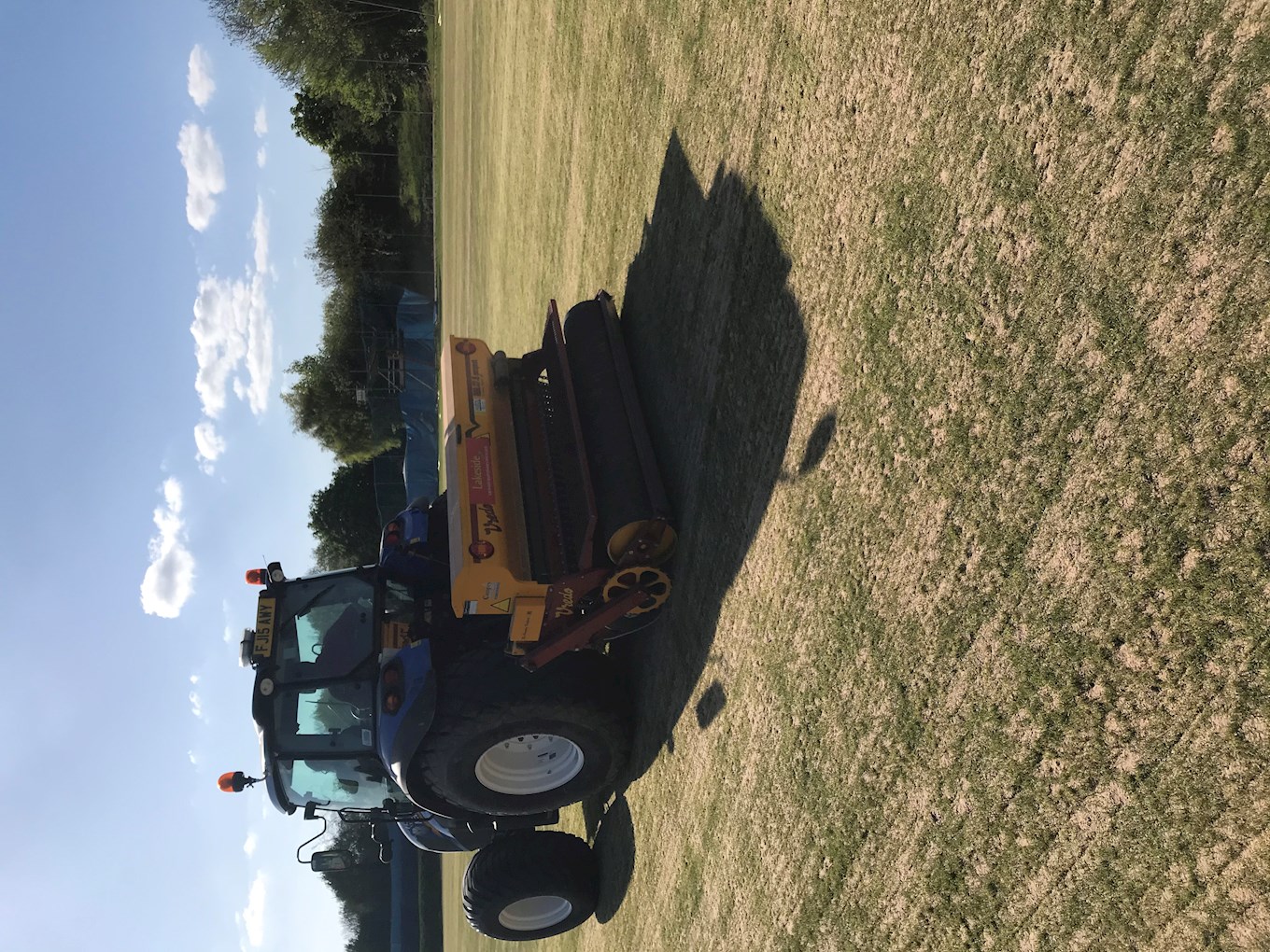 “Then that is followed up with drag-matting again, taking the tractor and the drag mat over the surface – just constantly going over the surface and getting it as level as possible, to achieve the final levels that we want.

“Then we are done – it’s a case of applying the wetting agents to retain the moisture, we then fertilise all areas with a pre-seeder and then put the water on and watch it grow!”

Once the work is completed, it should be around 7 to 10 days before the first shoots of new growth should be about visible.

“There are good, warm temperatures now for a bit. We’d like a shower of rain in an evening, but we’ve got our irrigation system that we can put on as well. There is always the anticipation over the following days waiting for the first shoots to start popping through.”

Colin remains the only Groundsman at Ryton, and is working hard to make sure everything is ready for when the Sky Blues squad return.

“It’s turning into pretty long hours but that comes with the job, even before the renovations it was hands on all the time. There’s all the other jobs that need completing, like the mowing, getting the pitches line marked back up again, ready for hopefully the return.”