Coventry City Head of Goalkeeping Aled Williams has praised the Sky Blues goalkeepers Marko Marosi and Ben Wilson for how their first seasons with the Club have gone so far.

Williams was speaking during the enforced break from Ryton for the squad following the suspension of fixtures due to the Coronavirus outbreak, but Aled said that the work is still going on.

“We’re doing it all for the right reasons. To keep everyone safe, and it’s important that everyone does that.”

Williams has remained in contact with the Sky Blues goalkeepers during the period, the squad having departed Ryton in mid-March.

“I’ve kept in touch with the lads,” Aled confirmed.

“I had a phone call with them last week, see how they are and see how their families are. They have their individual fitness programmes that they have been given and that they are sticking to.”

Keepers Marko Marosi and Ben Wilson both joined the Sky Blues last summer, and Williams praised the contribution of both of the first-team shot-stoppers.

“We recruited the right goalkeepers, which is important for the Club and myself”, Aled said.

“They are always challenging each other and working hard on and off the field every day. Both have a great growth mindset and want to learn, and be the best they can be!” 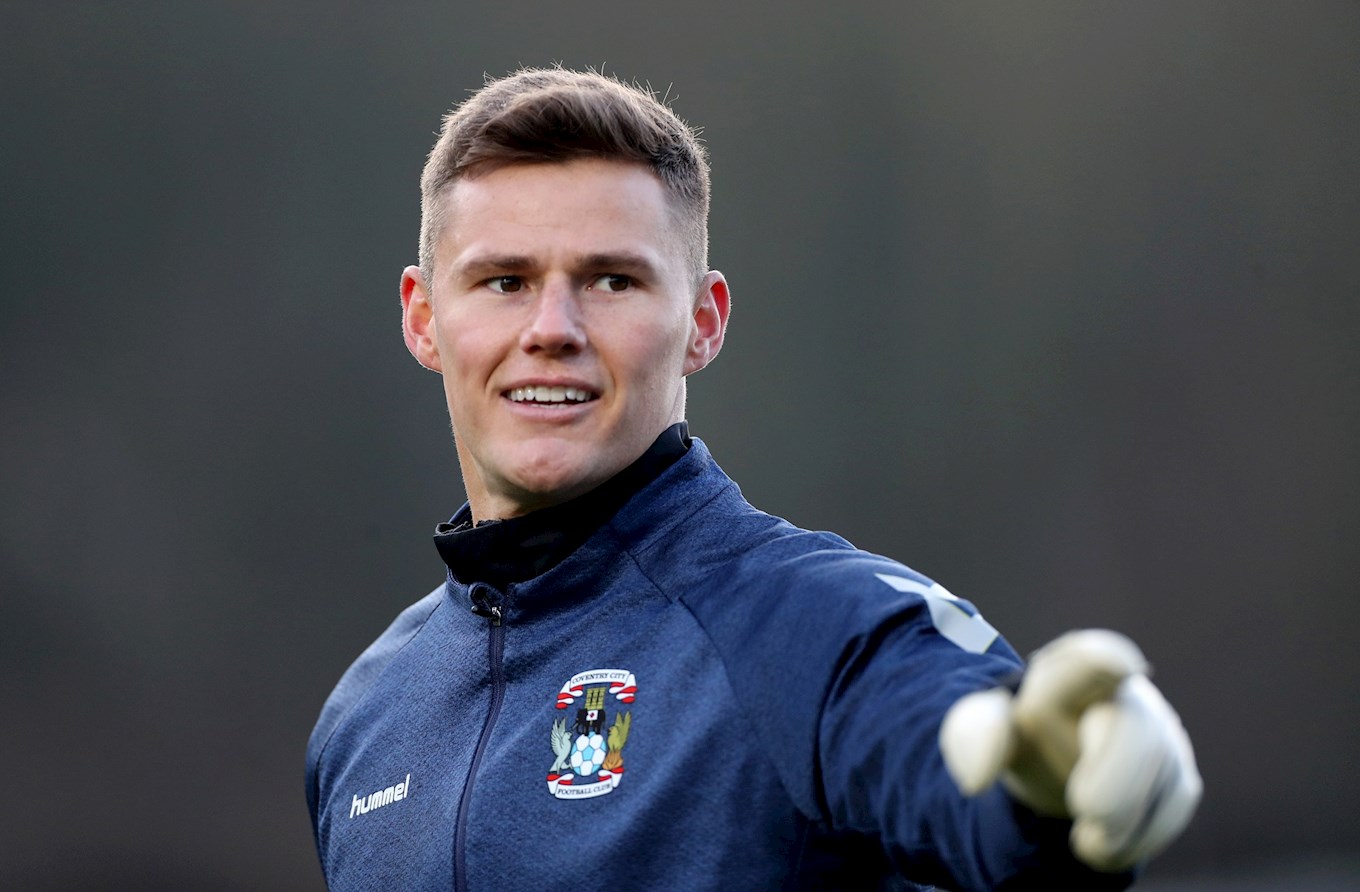 Ben is currently the Sky Blues number 2 goalkeeper, but Williams commended the work-rate and attitude that he has shown as he pushes Marko for the number one jersey.

“It’s hard being a number 2 - you train hard all week, you come to a matchday and you know you’re not playing. At the end of the day, he’s been around the game at a very good level, he’s played in the Championship and he knows he could be called upon at any moment and he knows how important this season is.

“He’s brilliant with Marko – I know they talk about things and give each other advice. He’s good with the youngsters too. He’s always first in the gym in the morning, making sure his programme is done.

“He’s been an absolute credit. He’s pushed himself again this year and been a credit to work with.

“He’s probably been unlucky at times not to have been in the team – pre-season they were both neck and neck for that number one shirt.

“He’s been brilliant and it makes my job easier and everyone else’s job easier when you have someone like that.” 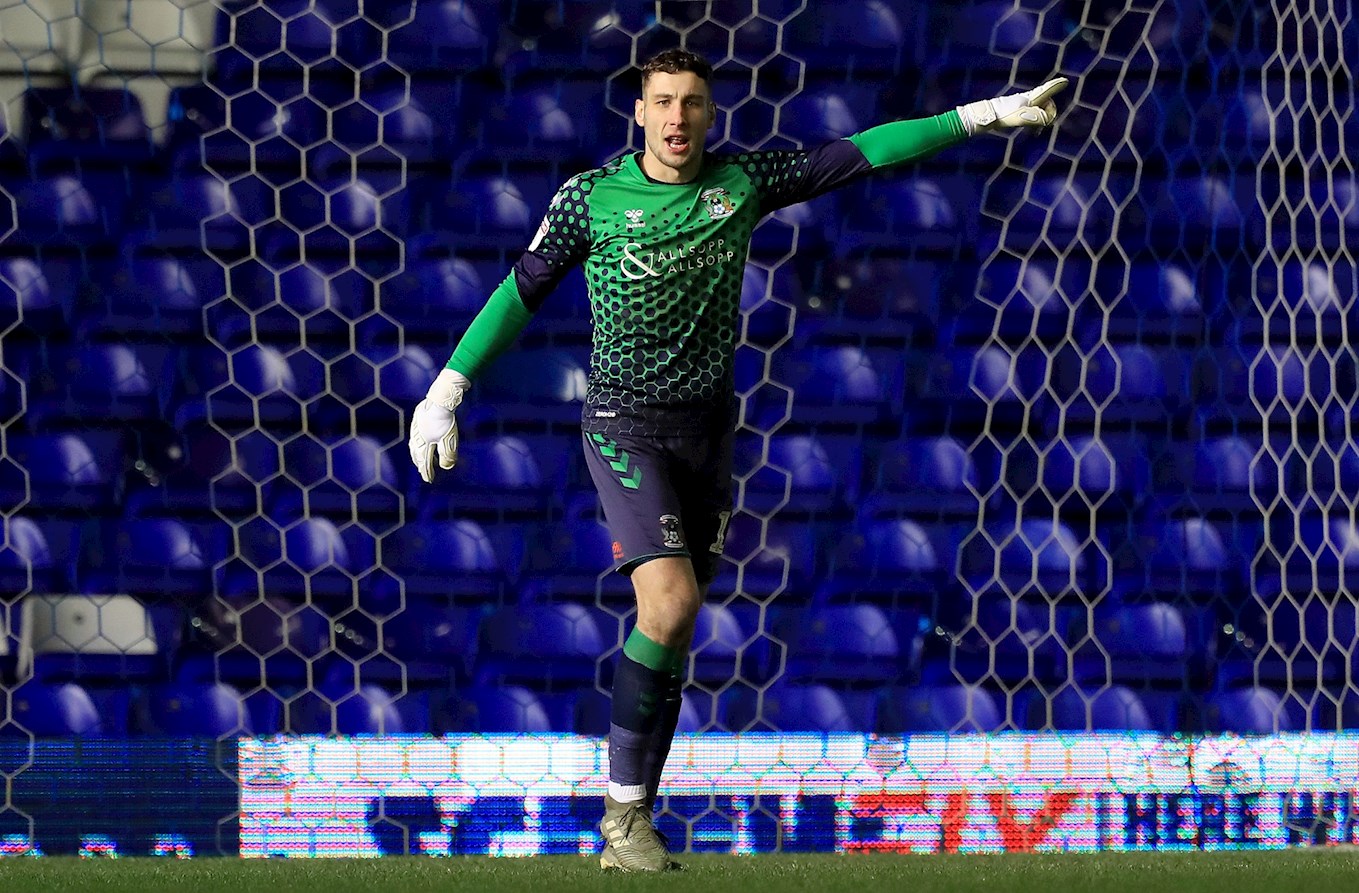 Marosi has been ever-present in the SkyBet League One campaign, pulling off a number of quality saves during those games and been lauded by City fans and pundits alike.

“Marko has made some massive saves,” said Aled.

“Marko was someone who was on my radar for a while. I met with him before he joined the Club and normally you spend 30 minutes with someone, but we spent about two hours talking football.

“Marko is a very unorthodox goalkeeper, which is a good thing. That was something I was very conscious I didn’t want to change in him. It was keeping what I liked and what I saw in him, and then making just a few adjustments – more tactical and psychological than anything.

“He’s bought into it, and he’s reaping the benefits in fairness to him.

Williams spoke about one of the challenges of being a goalkeeper – being the last line of the defence, and there being no hiding place for any mistakes that may occur.

“The thing is with a goalkeeper, you make a mistake and it’s always highlighted. There was one against Rotherham, where we looked back at it and it wasn’t really a mistake it was actually a handball. But at the time Marko didn’t realise that and after he makes an incredible save and it gets us the point. That’s a massive part of it – you’re going to make mistakes as a goalkeeper, but it’s limiting those in a season and recovering from them.

“Some of the saves he’s made have been outstanding, and it’s credit to him and the work he’s put in.” 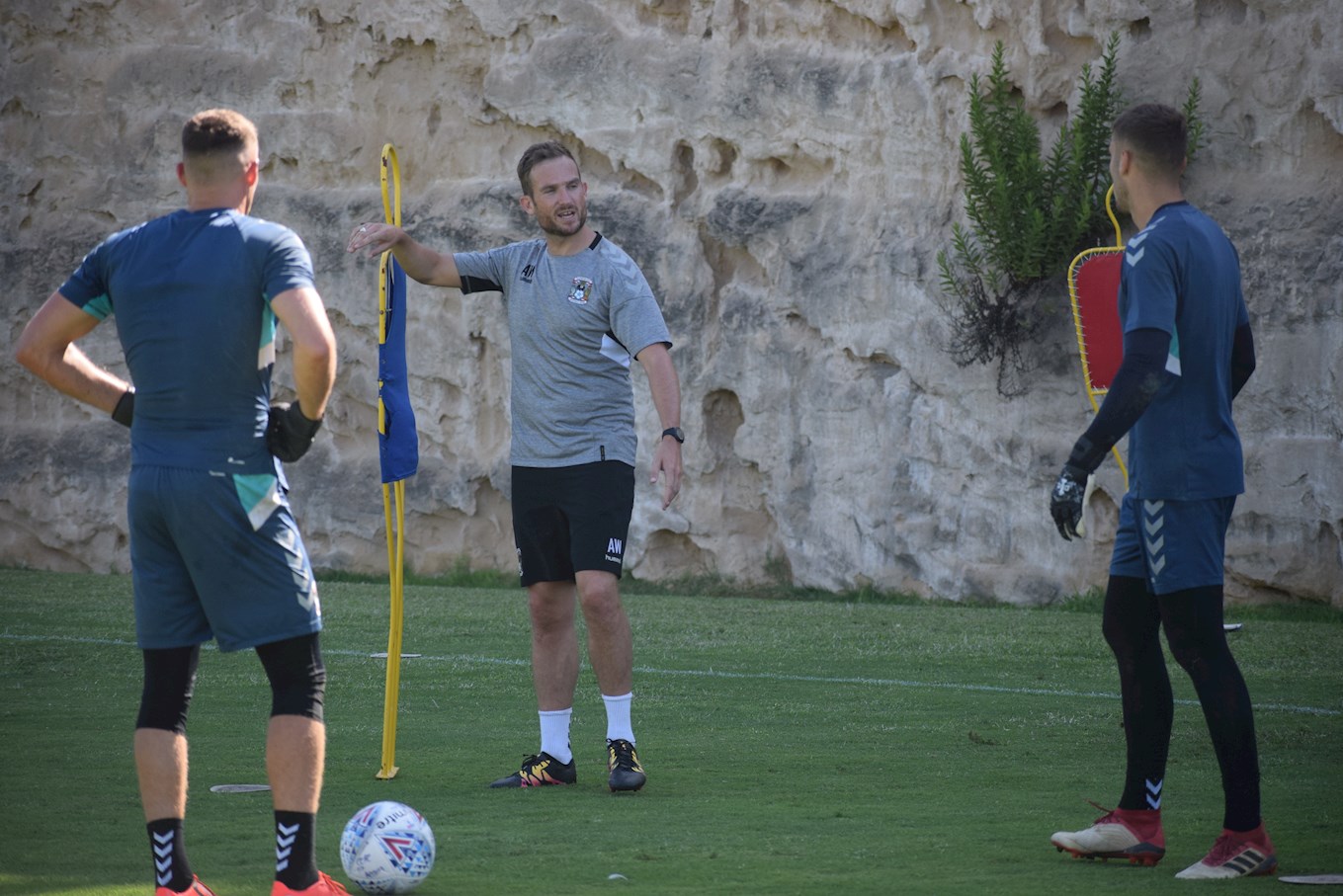 This is Williams’ first season at Coventry City, having previously been Under 23s goalkeeping coach at Wolverhampton Wanderers, and Aled said how much he is enjoying his new role and being at the Sky Blues.

“Absolutely loving it is probably an understatement to be honest!” Williams said.

“Going into a first-team environment, coming in I wasn’t sure what it was going to be like but the club and the staff fitted my personality and my style perfectly.

“I think we all work together as a unit really well. The Gaffer is excellent – he lets me get on with my work and what I need to do. He'll check on us daily on what we are doing and how it links together, which is great for us. Adi comes from a development background which helps. His sessions are always very detailed and to a high standard where he utilises the goalkeepers.

“It’s the same the same with Jason and Luke, and the medical and sports science teams as well. It’s a really tight team. We’re striving - we want to get that promotion this season, we want to win that league.

“The fans have been outstanding, they have been so welcoming with me on social media. It’s a really good club to work for and I’ve really enjoyed it, and long may it continue hopefully.” 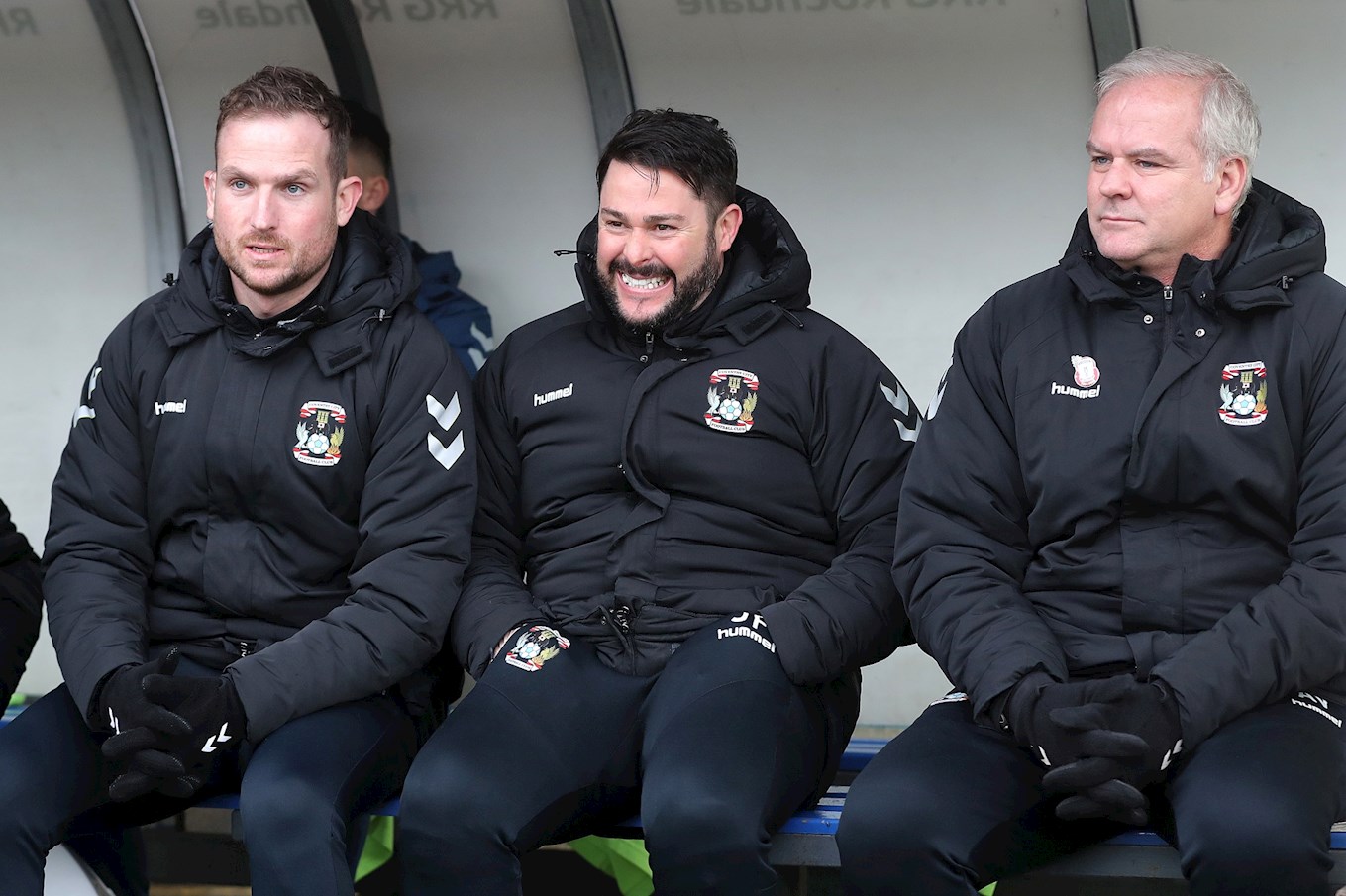 While underlining the reasons for the break in fixtures, Williams made clear his eagerness to return and the ambitions of the coaching staff for the rest of the campaign.

“It was probably nice to have a week off to recharge, and now I’m edging to get back a bit. But we have to do what’s right at the moment – football is on the backfoot at the moment.

“The most important thing is everyone’s safety, staying at home and keeping everyone safe.

“We have to make sure we’re using this time productively. We’re getting ready for the next 10 games which are really important for us. We want to win promotion, we want to win the league.”

READ PART 2 OF OUR INTERVIEW LATER THIS WEEK