In a feature first published in PUSB, writer Rob Mason investigates international players who represented their country while on Coventry’s books - this time, it's Danny Thomas!

Danny Thomas is one of four players to be capped by England while on the books of Coventry City. The right back won both of his caps on England’s summer tour of Australia in 1983, playing in a goalless draw in Sydney and a week later coming off the bench at half time in a 1-1 draw at Melbourne.

In both games he was accompanied in the back four of Bobby Robson’s England by future Coventry player-manager Terry Butcher. In the Melbourne game he came on to partner future Sky Blue Nick Pickering at full back as he replaced future City manager Phil Neal, who had scored an own goal in the match.

In between his two international appearances Danny was also part of the squad for another match against the Aussies, this time a 1-0 win in Brisbane. All three matches were dour affairs between a rugged and defensive home side and an experimental England squad containing a mixture of old hands such as Peter Shilton and Phil Neal along with a host of new players. These included Luton’s Paul Walsh who came off the bench in Sydney to join Thomas as a debutant, while Danny’s full back partner, Derek Statham of WBA,  was winning just his second cap. 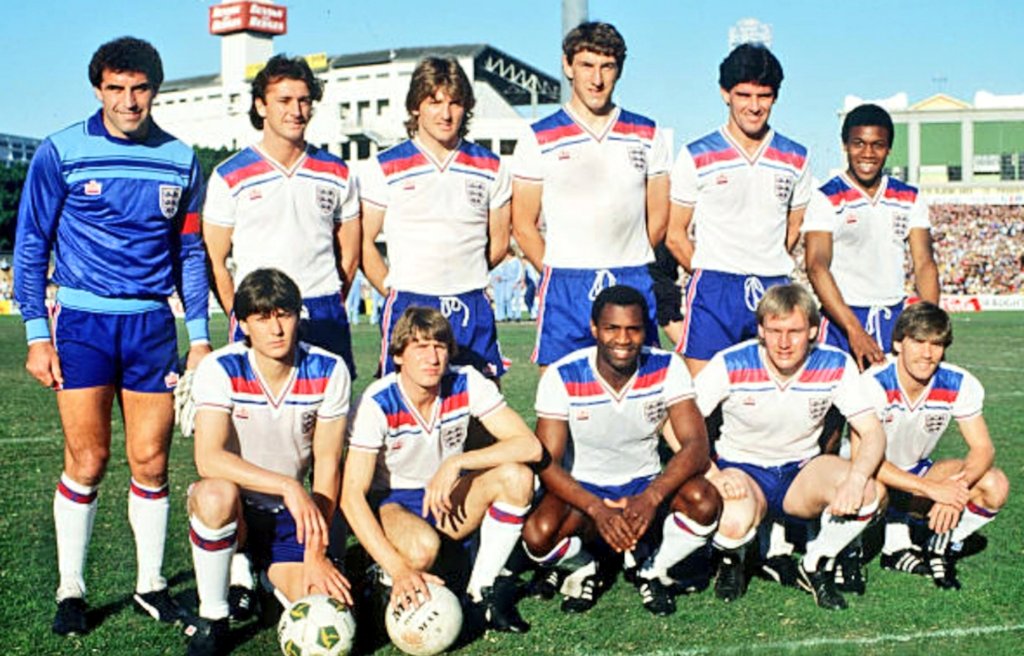 Two other players; QPR’s John Gregory and Southampton’s Steve Williams, joined Walsh in winning second caps in the game Danny Thomas sat out in Brisbane while in the last game of the tour sub keeper Nigel Spink joined Pickering as a debutant.

Danny was just 21 at the time he won his two England caps but like Nick Pickering his only full international appearances would come on that tour down under. He would though achieve seven Under 21 caps and be a European Under 21 championship winner in both 1982 and 1984.

Coventry fans never got the chance to see Danny wear Sky Blue as a full England international, as upon his return from the international tour he moved on to Tottenham Hotspur. A fee of £250,000 was accepted for a young player who had been selected for the PFA Team of the Year in the previous season and had twice been Player of the Year with the Sky Blues. 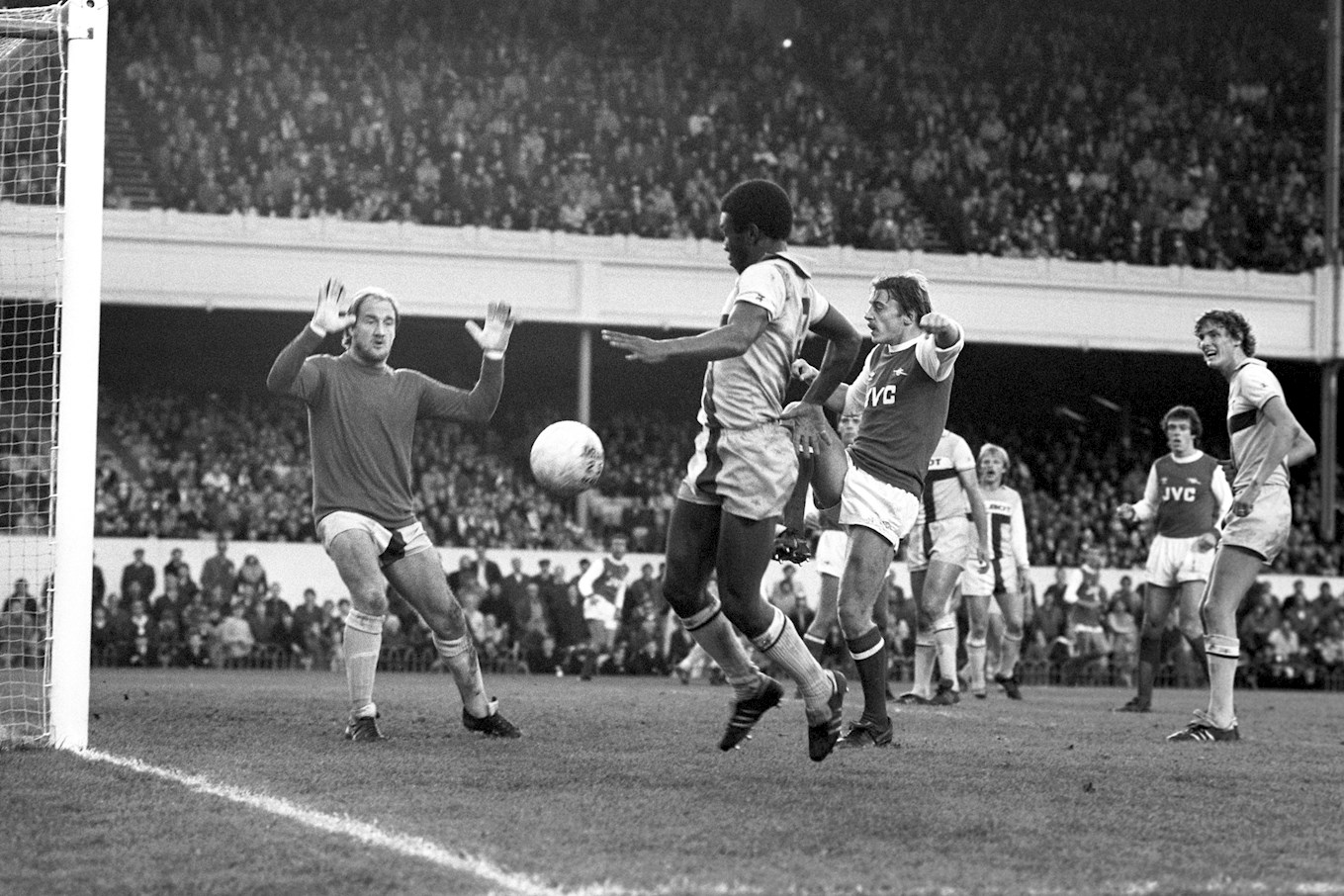 It was not simply ambition that saw Thomas doubt the wisdom of remaining at Highfield Road. The dismissal of his mentor Dave Sexton at the end of the previous season left him unhappy and he duly signed for Spurs’ long-serving manager Keith Burkinshaw rather than remaining at Coventry under new boss Bobby Gould.

Born in Worksop on 12 November 1961, Danny had come to Coventry as an apprentice and been taken under the wing of his older brother Valmore who was on professional terms at the club. Danny was only 18 when he made his first team debut in midfield away to West Bromwich Albion on 26 September 1978. Although that League Cup tie was lost 2-1 Danny did himself no harm and three days later was given a league debut as a sub, oddly enough against Tottenham who in due course would become the only other club he would play for.

The following weekend he got a third taste of first team football as a sub in a home win over Everton and then waited until the final week of the campaign for another appearance, this time in the heat of a game with Aston Villa.

The consistency of Mick Coop at right back blocked the youngster’s route to his preferred position in the first team, especially with manager Gordon Milne also having experienced back-up in the shape of Brian Roberts, but Danny’s quality was unquestionable and allied to his youthful energy it was a matter of when rather than if he would force his way into the team.

After a couple of early season sub appearances Thomas was given a full league debut in November 1980. Thrown in at the deep end he was given his first two top flight starts at Old Trafford and Anfield. He revelled in it, helping the side to a goalless draw against Manchester United and scoring against Liverpool. Keeping his place in midfield for the next couple of games he got a chance at right back shortly after turning 19.

Establishing himself in the team, Danny remained a regular. Mainly playing at right back he impressed with his pace and passing, keeping himself in the news with an FA Cup goal against Leeds and playing in both legs of a League Cup semi-final against West Ham.

By 1981-82 he had made the number two shirt his own and missed only three of 48 league and cup games, helping Sexton’s side to the quarter-finals of the FA Cup as well as a comfortable mid-table position.

The following season would prove to be Danny’s last in Sky Blue. Although it was a tougher time with City finishing 19th, just a point clear of the drop zone, Thomas’s consistency was such that this time he missed just one of 48 games – the matcht he missed being here at St. Andrew’s.

In total Thomas made 130 appearances for Coventry, all but seven of those being starts. At Tottenham, Danny would make his home debut against Coventry and go on to start 154 times plus a further 22 as sub.

Playing alongside the likes of Glenn Hoddle, Ossie Ardiles, Chris Hughton, Gary Mabbutt, Steve Perryman, Chris Waddle and in front of Ray Clemence, Thomas was in elite company during his time at White Hart Lane.

During Danny’s first season with Spurs he began to experience European football, making his continental debut at Feyenoord in the second leg of a second round UEFA Cup tie which his side won 2-0 to wrap up a 6-2 aggregate win. There was better to come as he then played in both legs against Bayern Munich. Tottenham overturning a 1-0 first leg deficit in front of just under 42,000 at White Hart Lane. After playing as a sub against FK Austria Vienna Danny played in both legs of the semi-final as Hadjuk Split were edged out on away goals to set up a final with Anderlecht.

The final went to penalties after two 1-1 draws so at the end of his first season Danny stepped up to take a potentially decisive penalty in the shoot out only to have his spot-kick saved. Chants of ‘There’s only one Danny Thomas’ illustrated that despite that miss the former Coventry player’s contribution had been such that the crowd had really taken to him and thanks to the heroics of his goalkeeper Tony Parks Danny ended his first year as a Spur with a winner’s medal.

Competition from Hughton, Perryman and Mabbutt resulted in Thomas missing the first two-thirds of his second season as Spurs finished third in the top flight but he managed to play a part in his team’s defence of the UEFA Cup. After coming off the bench in the first three rounds against Braga, Brugge and Bohemians of Prague he got his only start in front of 95,000 at Real Madrid. Danny helped Spurs to a goalless draw which wasn’t enough as they had lost 1-0 in London. 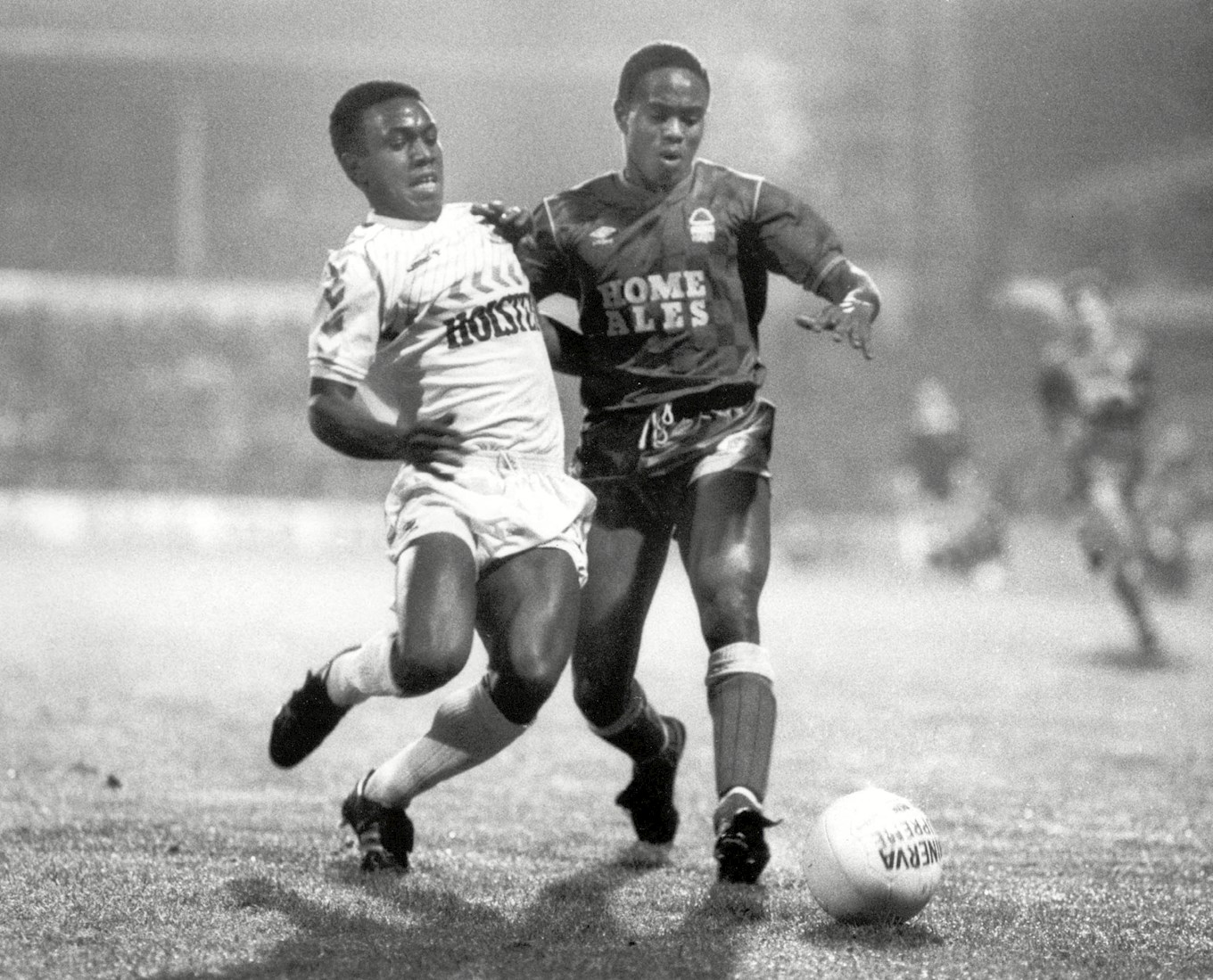 Although he was a regular for most of his time in London, Danny missed the 1987 FA Cup final against Coventry. A couple of months earlier he had been on the receiving end of what was described as a reckless challenge by QPR’s Kevin Maguire. It was a career ending injury that meant a player of immense talent saw his career curtailed at the age of just 26.

Reportedly an out of court settlement of £130,000 cushioned the blow financially but of course nothing can compensate a footballer for losing what in Danny’s case could have been up to another decade at the top, and perhaps more England caps to add to those won with Coventry.

Thomas went on to qualify as a physiotherapist, took a Master’s degree and returned to the game for a while as a physio with West Brom. He subsequently set himself up in private practice in Coventry but more recently has been working in a clinic 25 miles from Orlando in Florida. 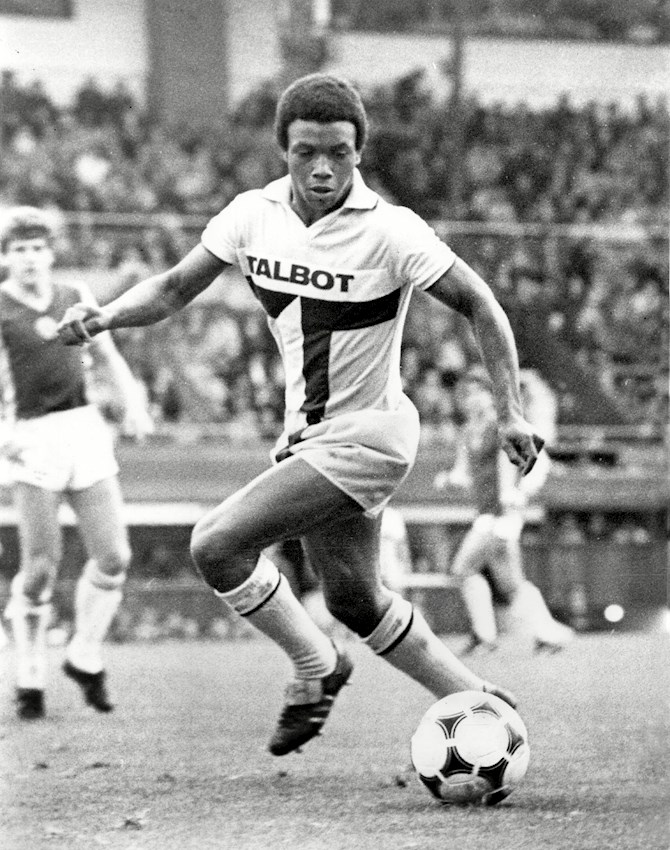