Nowadays, testimonials are much less common than they once were.

Players often move on before the traditional 10 years of service that is rewarded as testimonial, and the financial payday from a testimonial is less required for a retiring player than it was years ago.

20 testimonials were held from the end of the Second World War to Coventry City leaving Highfield Road in 2005, with three more since then.

Prior to World War 2, testimonials were rare. Instead, players with long service could nominate a league match of their choice, from which a proportion of the gate receipts would be donated to them.

Since then, common practice has been to reward ten years of service with a testimonial, or in some cases where a player or official has had their career unfortunately ended earlier through injury or illness.

The first testimonial was that of George Taylor. His career was prematurely ended by tuberculosis in the 1940s, and he was given a testimonial game against Notts County on 30th September 1946. Held at Highfield Road, Coventry City were 4-1 winners.

Less than a year later, the next testimonial was staged in tragic circumstances. Dick Bayliss is the only Coventry City manager to die in office. He died after catching a chill followed a scouting trip to Scotland in the great freeze of 1947. One month after his death, on 8th May 1947 a Coventry City side played a Combined Birmingham XI and lost 0-2.

The next testimonial was a much happier event. George Mason was the captain of Coventry City when they won promotion in 1936 and had played for the Club for 18 years. His service was rewarded with a game against an ‘All-Star XI’ in 1953. In that team were many of the Midlands best players of that era, including Gil Merrick, Jimmy Mullen and Ronnie Allen, and the score was 5-8.n 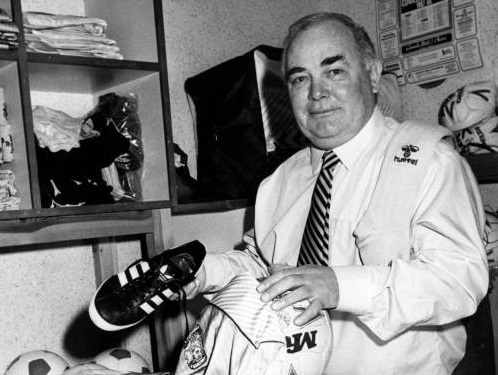 George Curtis and Mick Kearns shared two testimonials. One in May 1966 against Northampton Town, with 13,000 in attendance – and boosted by George Hudson being in the Cobblers side. A second testimonial was held in June 1967 against Liverpool, which was the best attended Sky Blues testimonial at Highfield Road.

25,040 were at Highfield Road as City hosted Liverpool, just 10 days after the Sky Blues famously beat Wolves to seal promotion from Division Two. Pre-match entertainment included Jimmy Hill in full hunting regalia, riding a horse around the pitch! Liverpool put out a full-strength side, but the Sky Blues were 2-1 winners, with goals from Ernie Machin and Ronnie Rees. 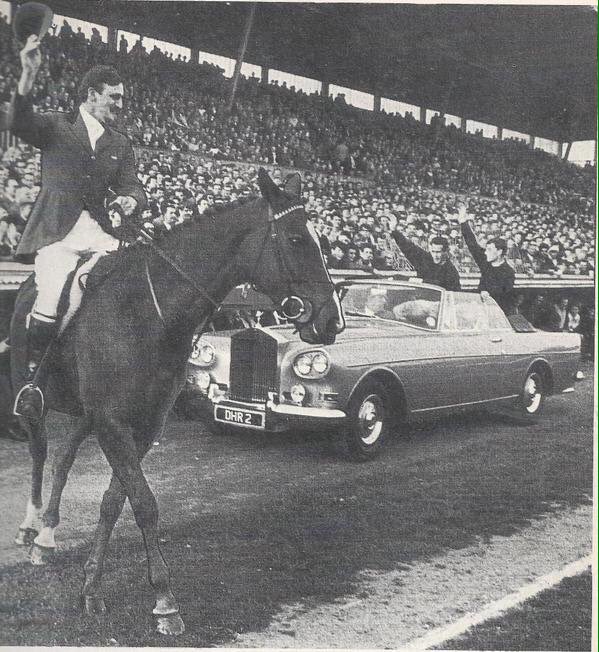 Of the side that won promotion in 1967, six of the players were rewarded with testimonials, with Brian Hill, Dietmar Bruck, Ernie Machin and Bill Glazier all honoured. The match for Glazier was one of the most memorable for City fans.

Staged in November 1974, the City took on the England 1966 side and the two teams enjoyed a 6-6 draw! Glazier scored twice himself, while Bobby Gould appeared as substitute for England! 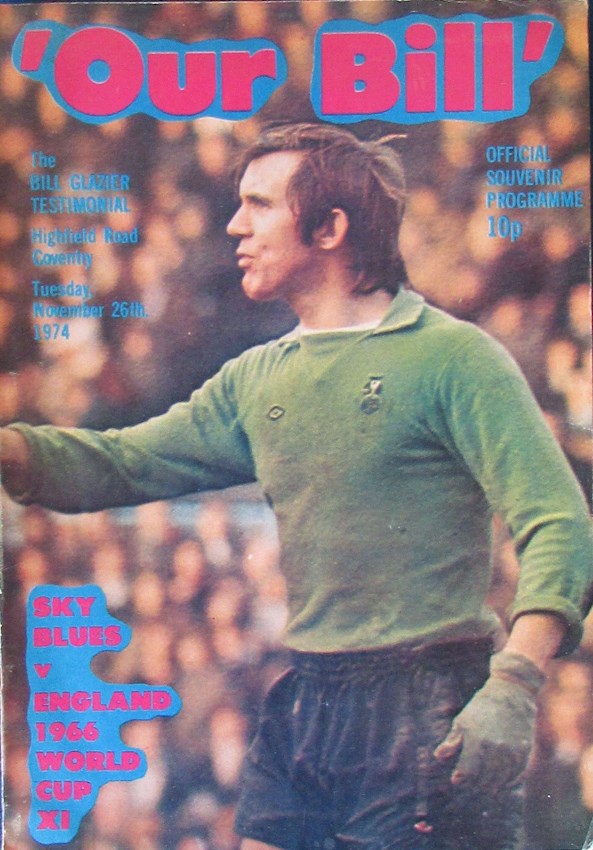 Unique sides were the new trend for testimonials, and that was the case for the games held in honour of long-serving full backs Mick Coop and Brian ‘Harry’ Roberts – both of whom would go on to coach Sky Blues youth sides – as former City stars returned to Highfield Road to celebrate former team-mates.

Roberts’ big day was held in 1984, and saw Ernie Hunt display his skills 10 years on from leaving the Club as Coventry City faced a City Past XI and drew 4-4 in front of 3,000 fans. 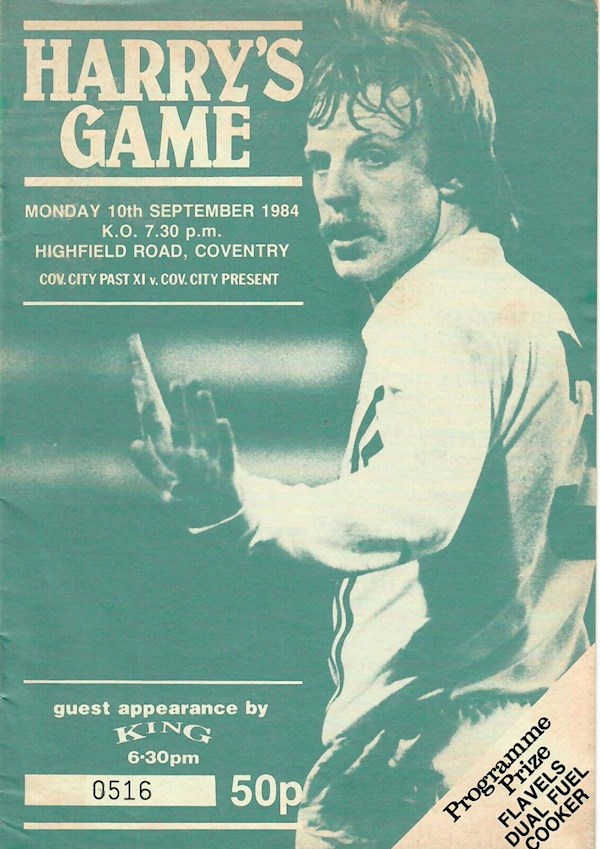 In Coop’s game in 1977, it was a Great Britain XI versus a Scotland XI. As well as many City stars past and present, players involved included Mick Channon, Bruce Rioch and Colin Todd, with David Cross getting a hat-trick in a 7-5 win for Coop’s team. 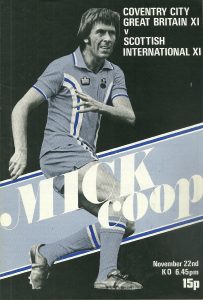 While Jake Findlay never played a game for City, he was understudy for Steve Ogrizovic in the 1980s and was forced to retire due to a back injury. He was honoured with a pre-season testimonial, City losing 1-0 to West Brom in 1989.

Then it was the turn of the 1987 heroes to be rewarded. 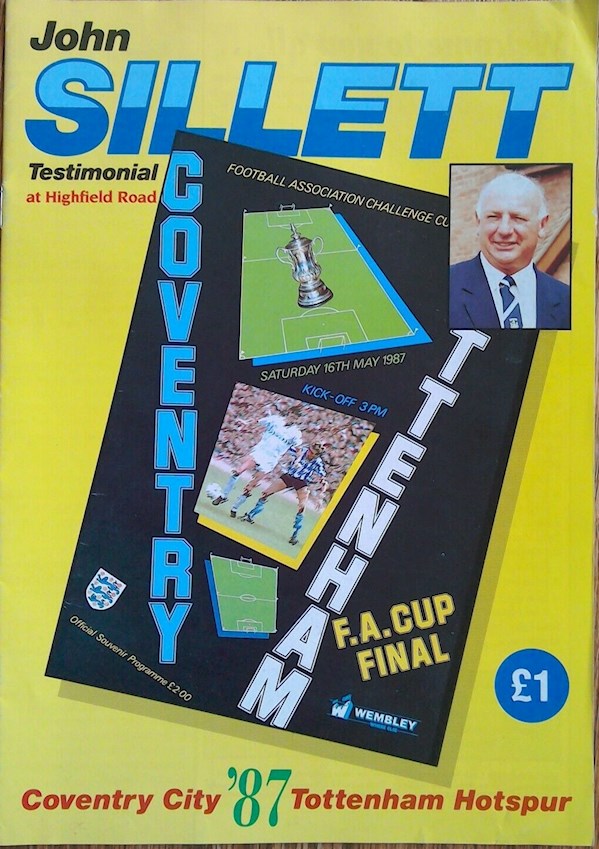 After joining in 1982, November 1993 saw Lloyd McGrath’s service recognised with a match against Birmingham City.

In 1994, Steve Ogrizovic’s at that point 10 year playing career with the Sky Blues was marked with a pre-season testimonial with Aston Villa. That was followed by Brian Borrows’ testimonial a year later, Birmingham City being the guests.

After his career was tragically cut short through injury, David Busst was given a testimonial against Manchester United in May 1997. 23,000 were in attendance, with Eric Cantona appearing for United for the final time and Busst stepping up to slot home a penalty too. Guests in the City side that day included Les Ferdinand and Paul Gascoigne, while Oggy had a spell outfield. 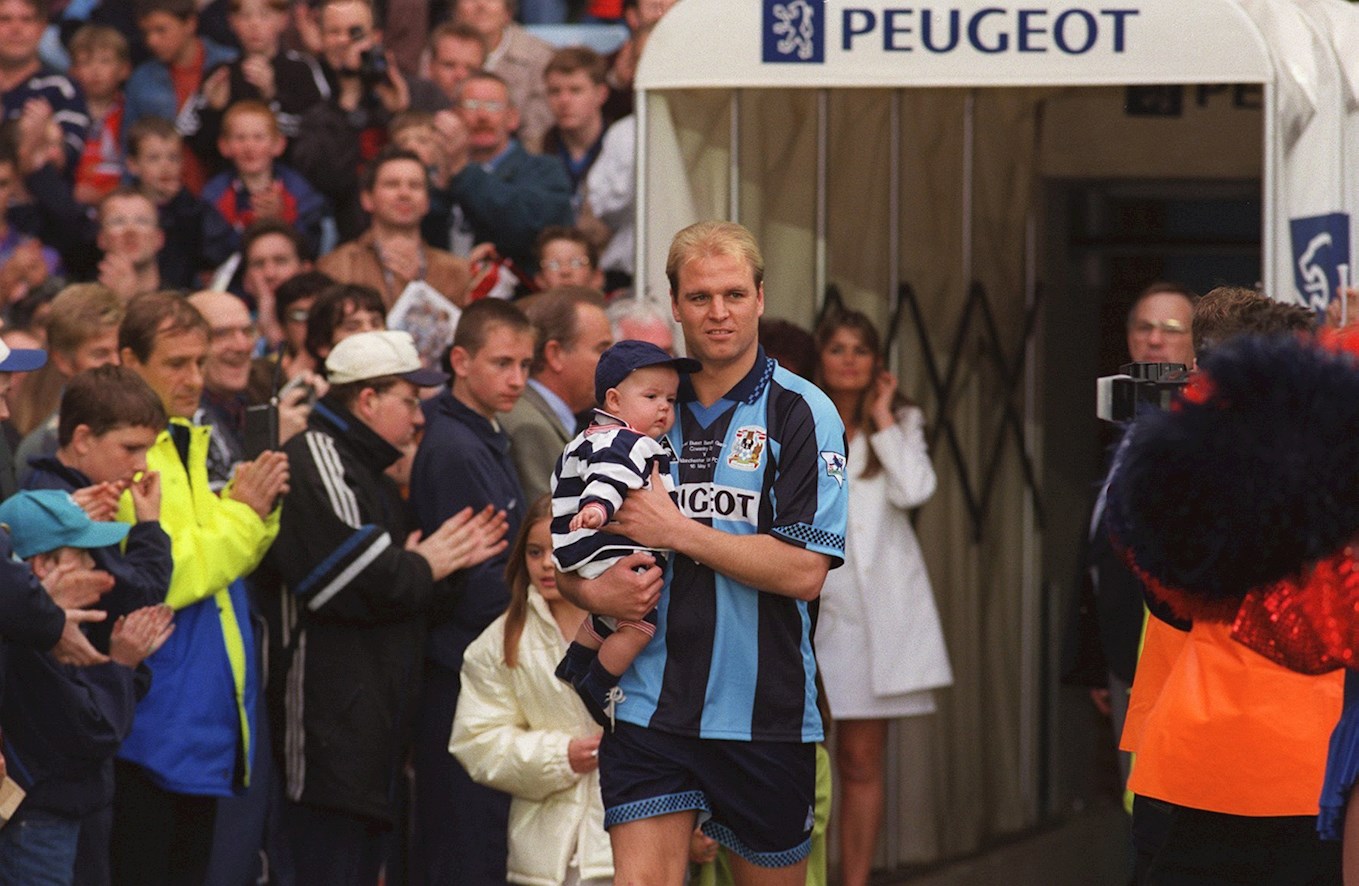 On 31st July 1999, Coventry City faced West Bromwich Albion in a testimonial in honour Cyrille Regis – both teams fielding their first-teams for the game, with no special appearances on the pitch, and 5,739 fans showing up as well as 87 heroes and Regis himself of course. 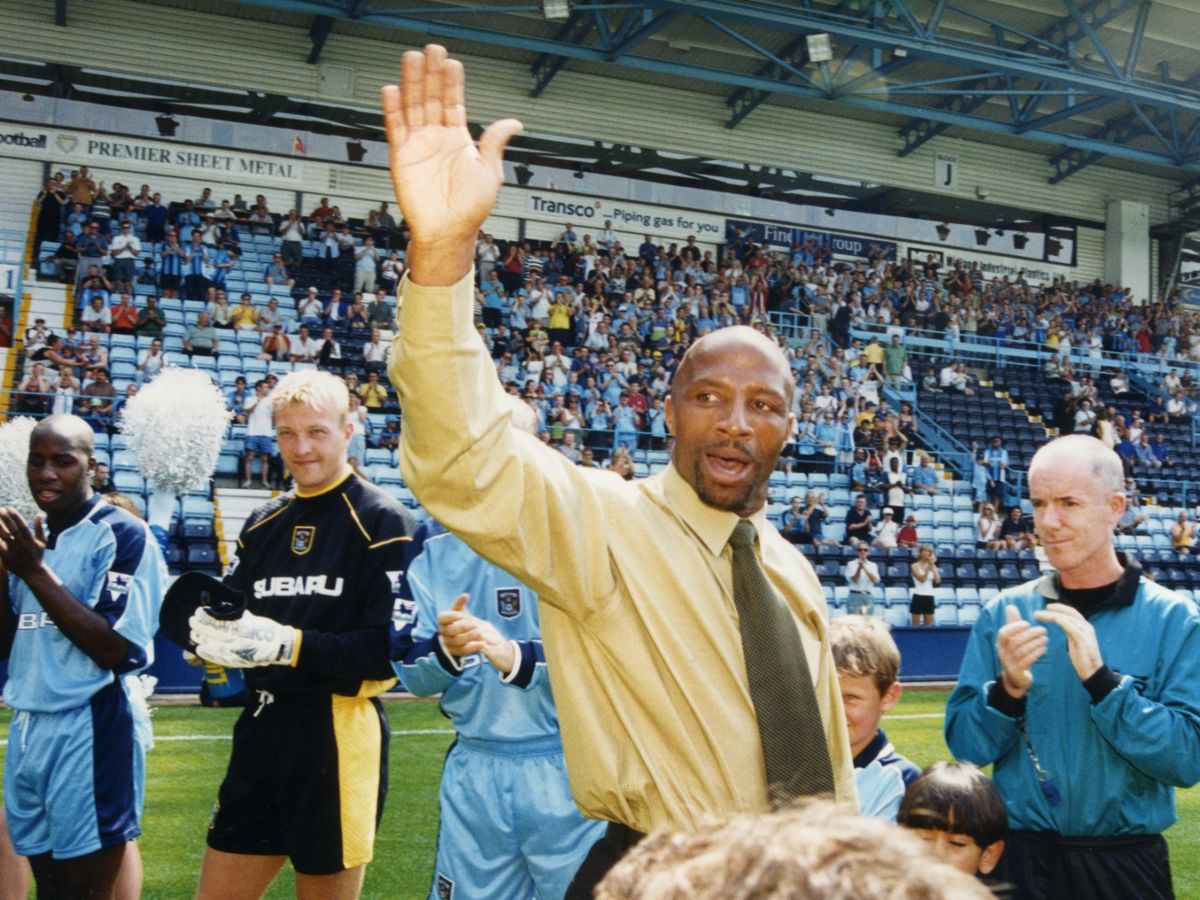 That was far from the case for the final Highfield Road testimonial – a long overdue occasion in honour of Micky Gynn in April 2005, as a City 1987 side (plus Tommy Hutchison) took on a Spurs/All-Star XI, which included Chris Waddle, Ian Rush and Steve Bull. It was a 7-7 draw, with Gynn scoring twice. 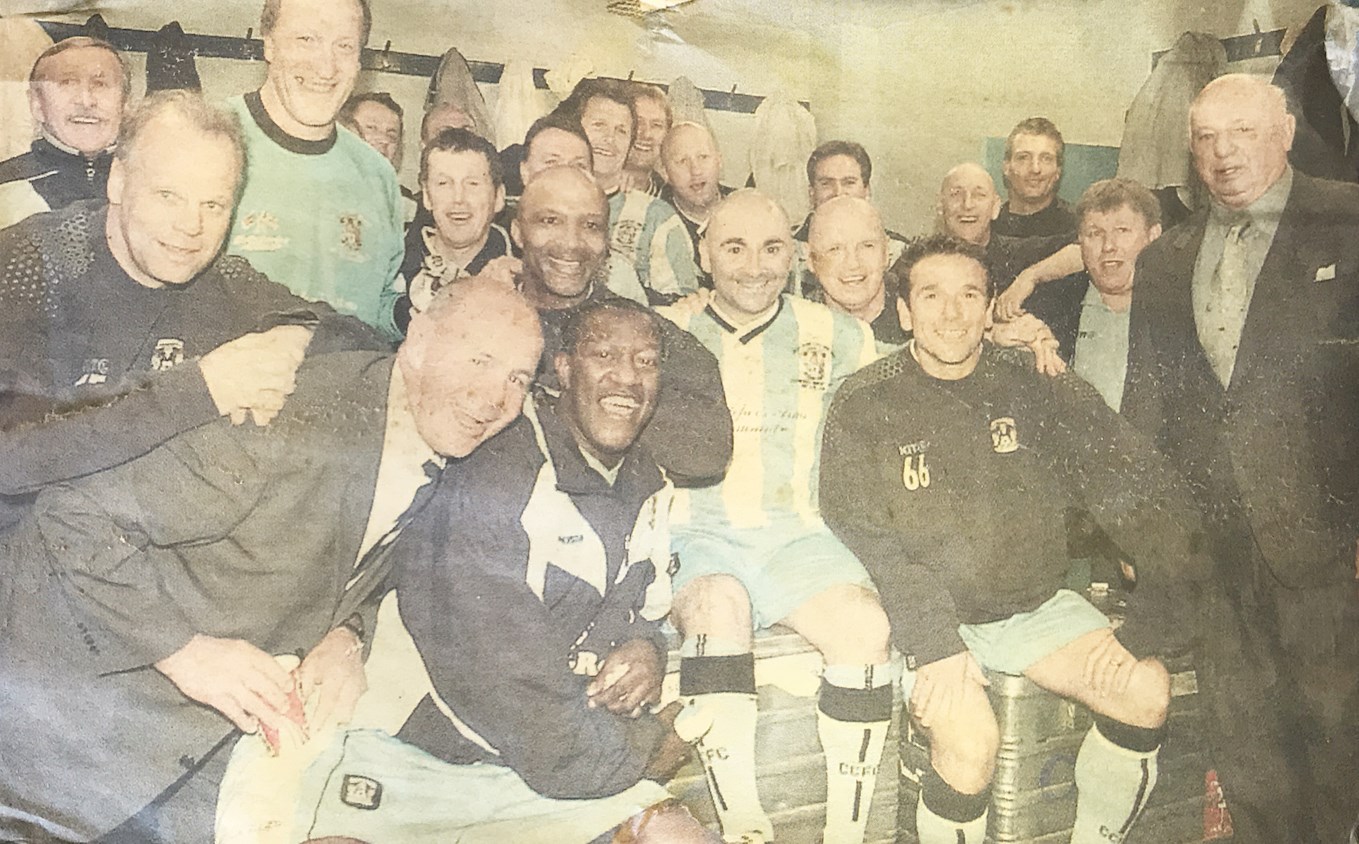 11th April 2006 saw the first testimonial at the Ricoh Arena, with Richard Shaw being honoured after 11 years with the Club and ahead of leaving in the Summer. Scottish giants Celtic were the guests, and 25,075 were in attendance – making it the biggest Sky Blues testimonial crowd. City won 3-1 against a Celtic side managed by former boss Gordon Strachan, with Shaw playing an hour in an entertaining and competitive game. 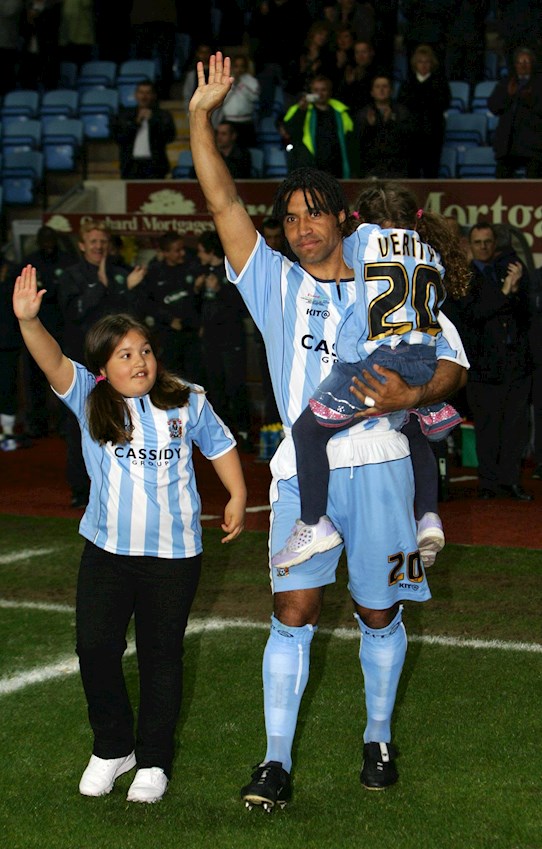 August 2009 saw a testimonial held in honour of long-serving defender Marcus Hall. Hall was still with the Sky Blues and played 50 minutes of the match, as City drew 2-2 with Everton in front of 8,000 fans.

In August 2010, a ‘Jimmy Hill Tribute Game’ took place as the Sky Blues drew 1-1 with West Bromwich Albion in a pre-season fixture. It helped fundraising for the statue for the great man at the Ricoh Arena, and Hill was welcomed onto the pitch pre-match by his former players and he performed the coin toss. 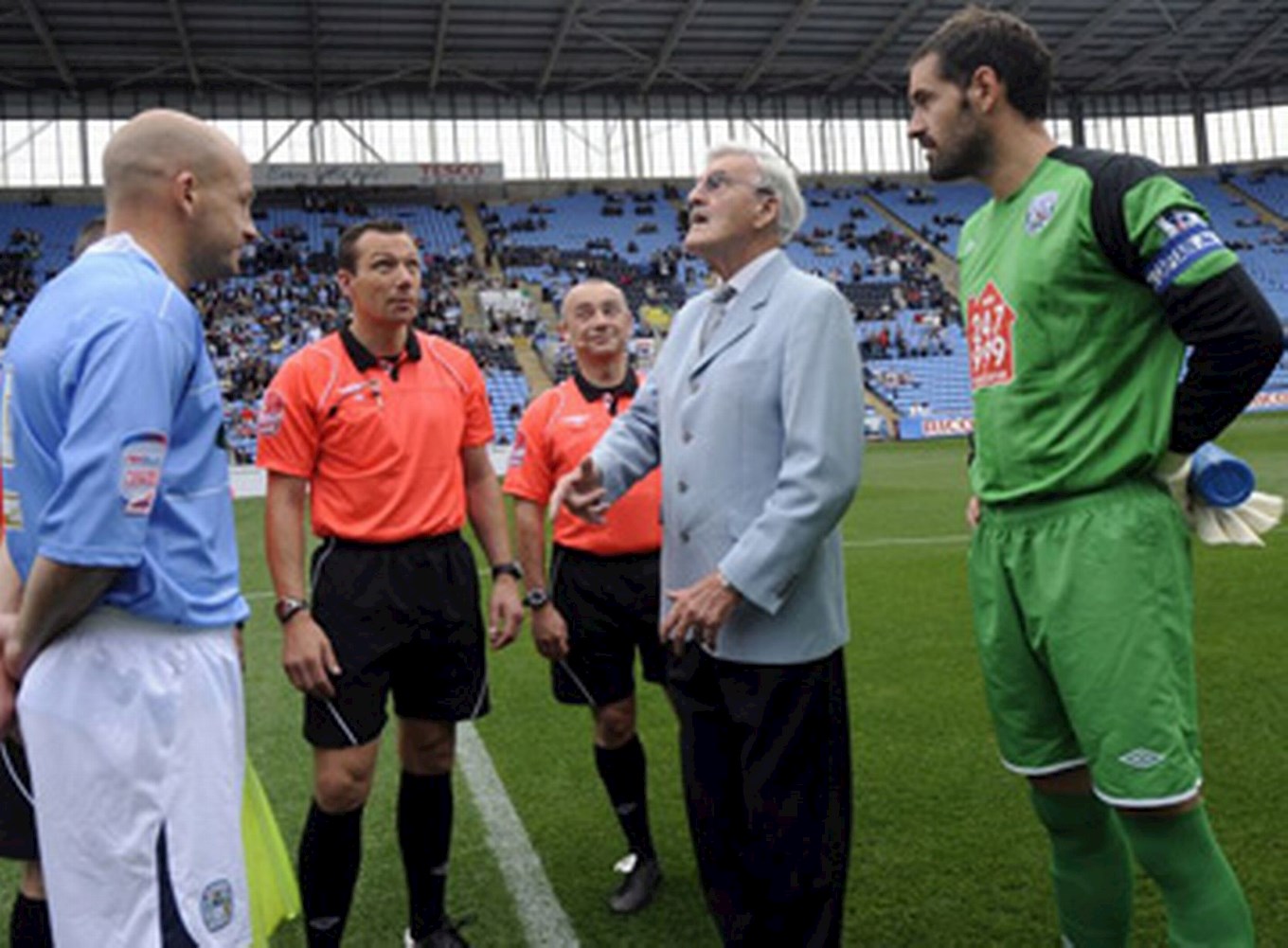