Coventry City’s partnership with Hummel has seen three popular shirts this season, including the Two-Tone kit – inspired by Coventry’s music and cultural history arguably one of the most popular of the Sky Blues’ change shirts of all time.

Introduced in 1978, the Brown Admiral kit grew a reputation as one of the ‘worst’ change kits in football – but over time it has been viewed with some affection by City fans and the wider public, however it still has the ability to divide opinions.

Worn in the late 70s and early 80s, even to this day it is still voted amongst the worst strips of all-time. 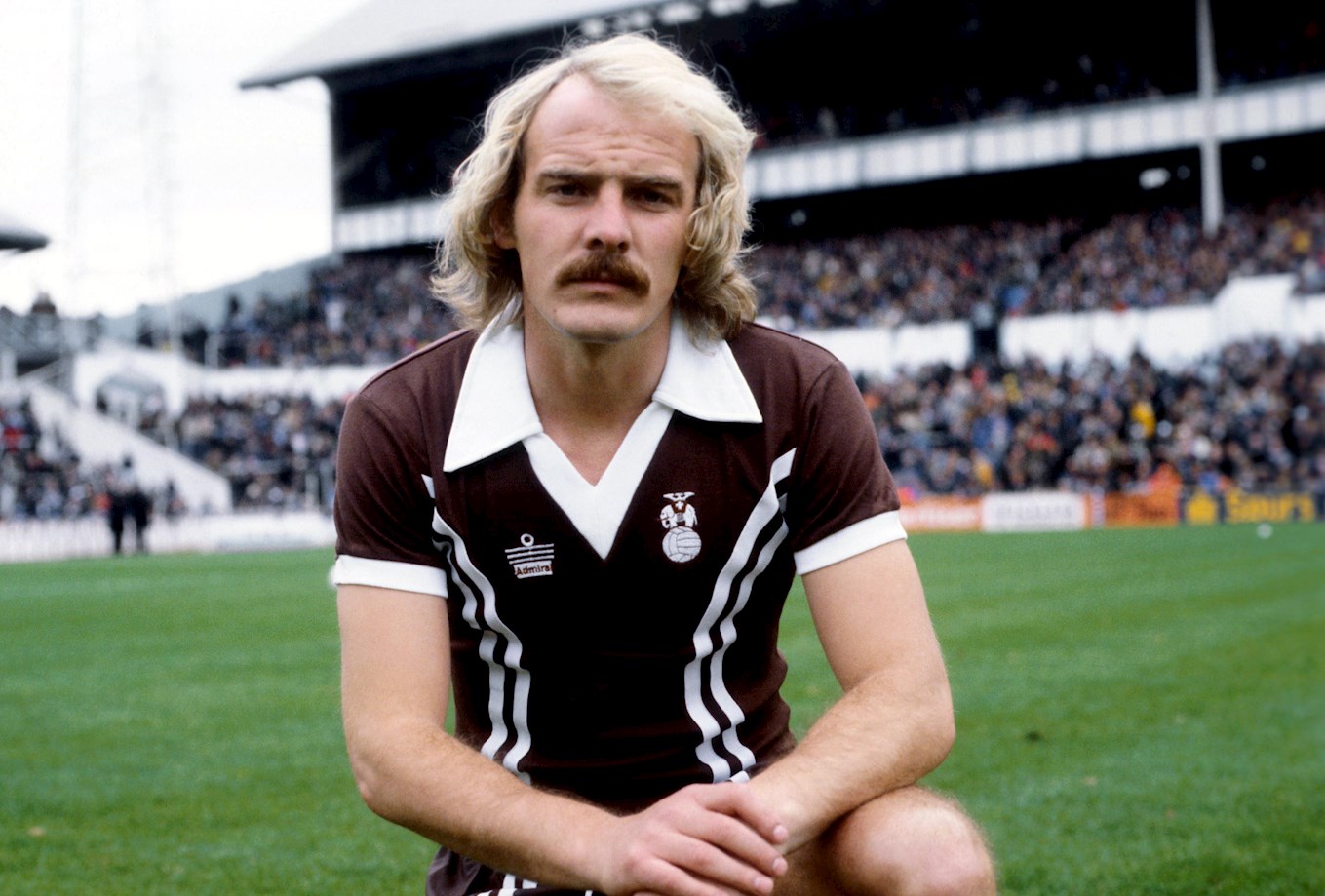 Prior to the Brown kit emerging, City often wore red as their change strip, the exception being between 1969 and 1974 when black and green were the colours. Since then, almost all colours of the rainbow have been used!

In 1975 Coventry City agreed a kit deal with Admiral, the then manufacturers of England’s kits. Designers at Admiral has come up with an eye-catching ‘egg-timer’ design for the Sky Blues, with two blue and white stripes from the shoulders down through the strip. It was a style that remained from 1975 to 1981, in a period when Club’s did not change shirts each year as they do now. 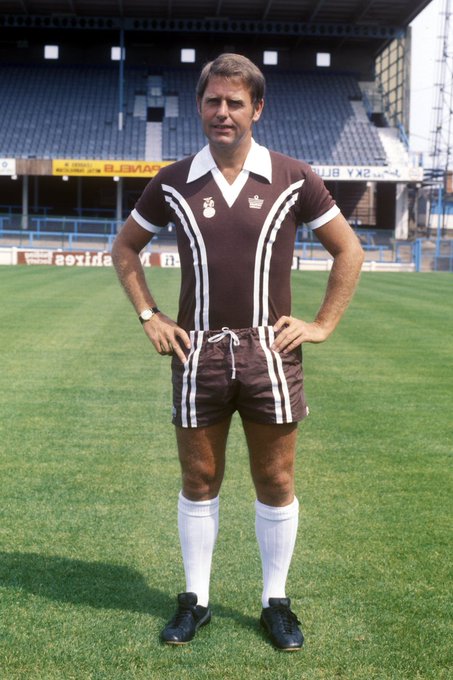 Much-loved kitman Jimmy Herbert, who spent 18 years at the Club and sadly passed away in 2006 aged 63, has his place in City’s history books as the man responsible for introducing the strip.

It was first worn away at Derby County on 2nd September 1978, Steve Hunt and Ian Wallace scoring in a 2-0 victory. In total in that first season it was worn on 12 occasions, City only losing 4 times in it.

City retained the kit for the 1979/80 campaign but a third kit was also introduced – a yellow version of the egg-timer style.

It remained for the following season before in 1981 the ‘Big T’ strip was introduced, with red as the alternative. However the legacy of the Brown kit lived on, and its unique style is not forgotten by football fans even to this day. 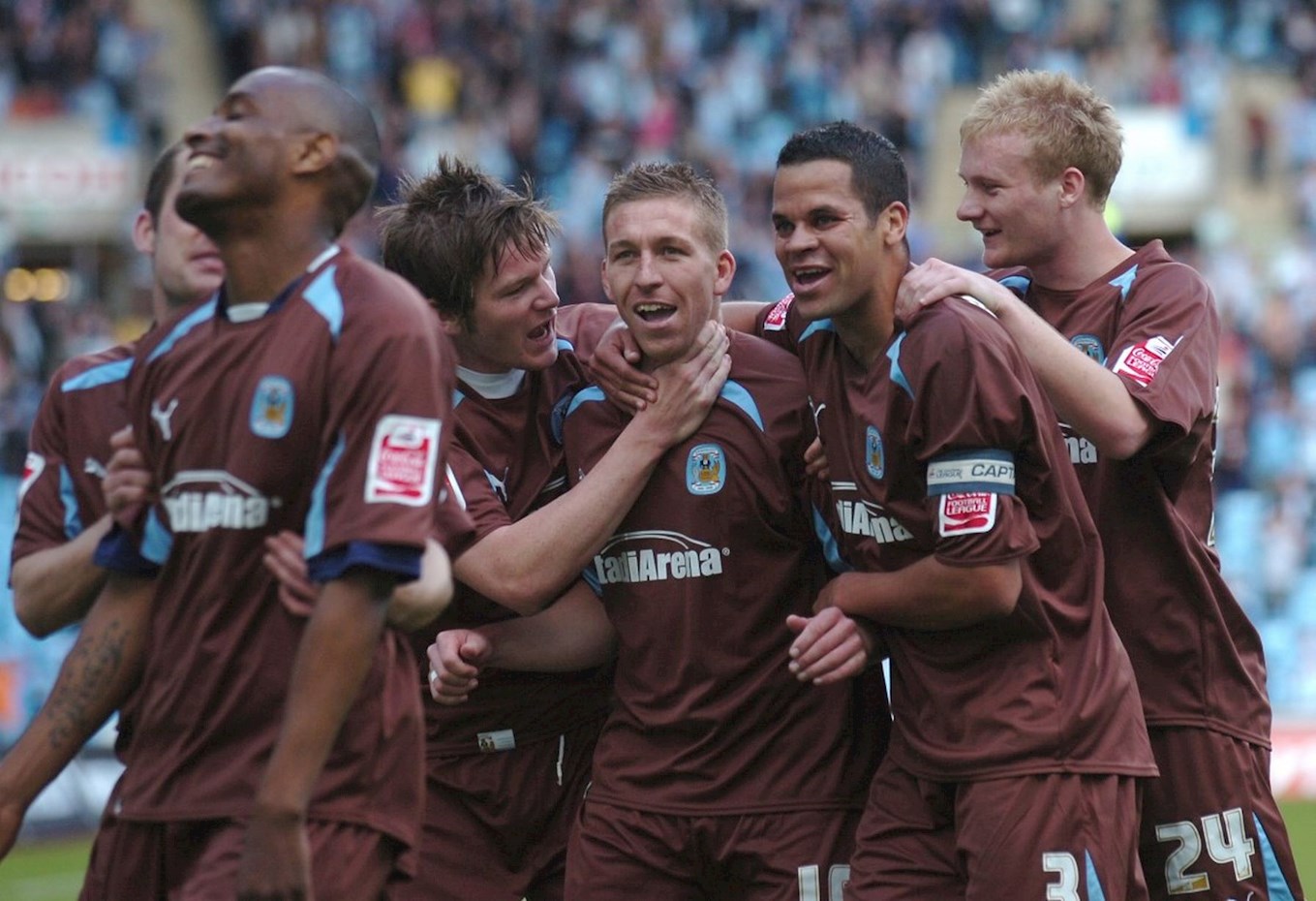 City wore a commemorative version of the brown kit again in April 2009 when they faced Watford to mark the end of the Club’s 125th anniversary season – unfortunately the game was lost 3-2.

The kit recently featured in the ITV Docuementary 'Get Shirty' - which you can watch on the ITV Hub here.