We’ve been looking at who the longest serving member of the Coventry City squad currently is.

While there have been several new faces introduced both at the start of this season and when the Sky Blues returning to League One at the beginning of the 2018/19 campaign, there are several who have been with City for longer.

For the purposes of our bit of research, we’re basing their rankings on when they made their debut in the Sky Blues first-team… 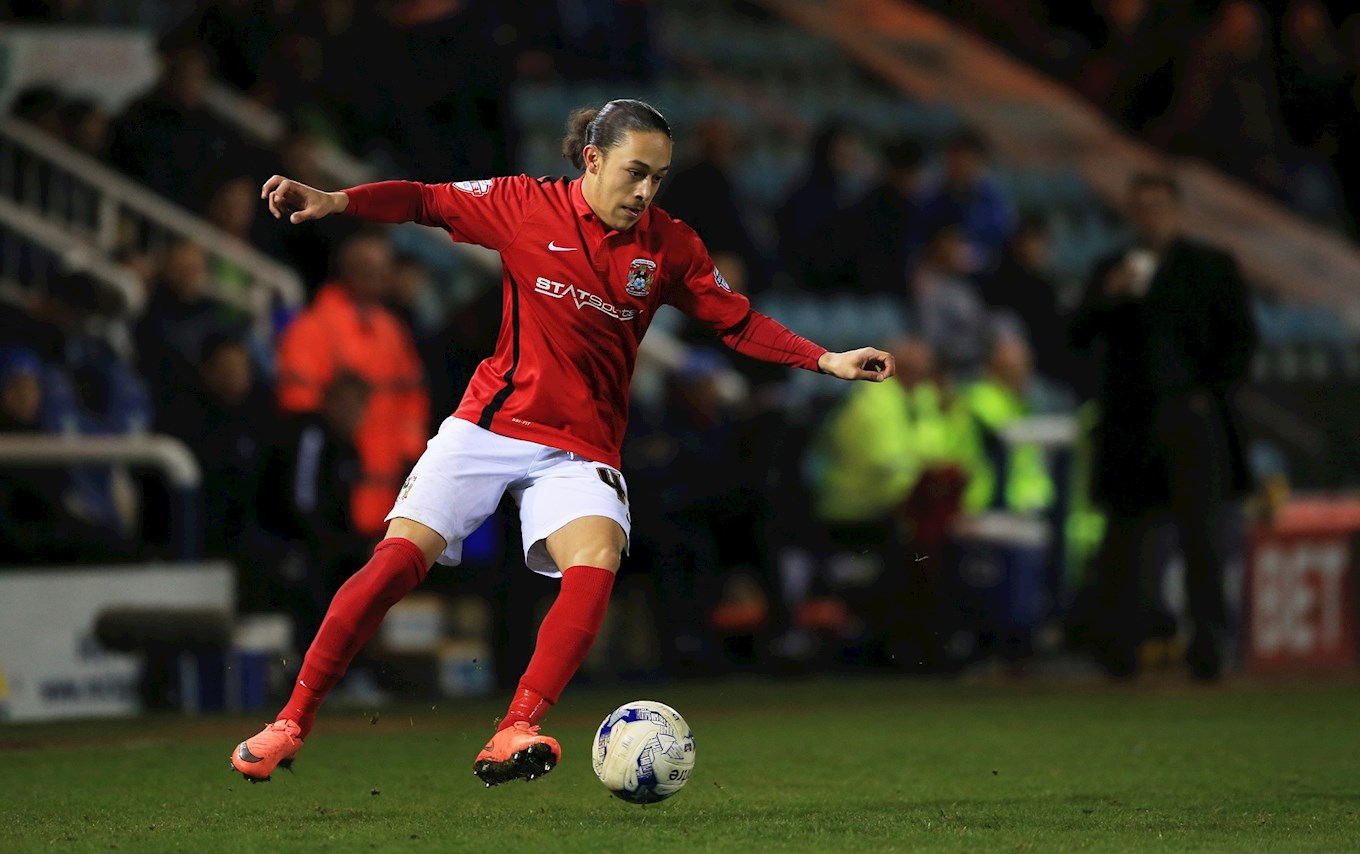 Jodi first joined the Club on an ‘emergency loan’ deal on 18th March 2016 from League Two side Dagenham and Redbridge. He made his debut as a half-time substitute on 25th March 2016 in an away defeat to Peterborough (above), and made a total of 6 appearances in that first campaign.

Since then he has won the Checkatrade Trophy and been part of the squad that won promotion in 2017/18, a season he started extremely strongly – including an opening day hat-trick.

He has suffered two long-term ACL injuries, in November 2017 and November 2018, but fought back and returned at the end of 2019. He will now be looking forward to getting his Sky Blues career back underway – he has appeared twice so far this season in cup competitions. 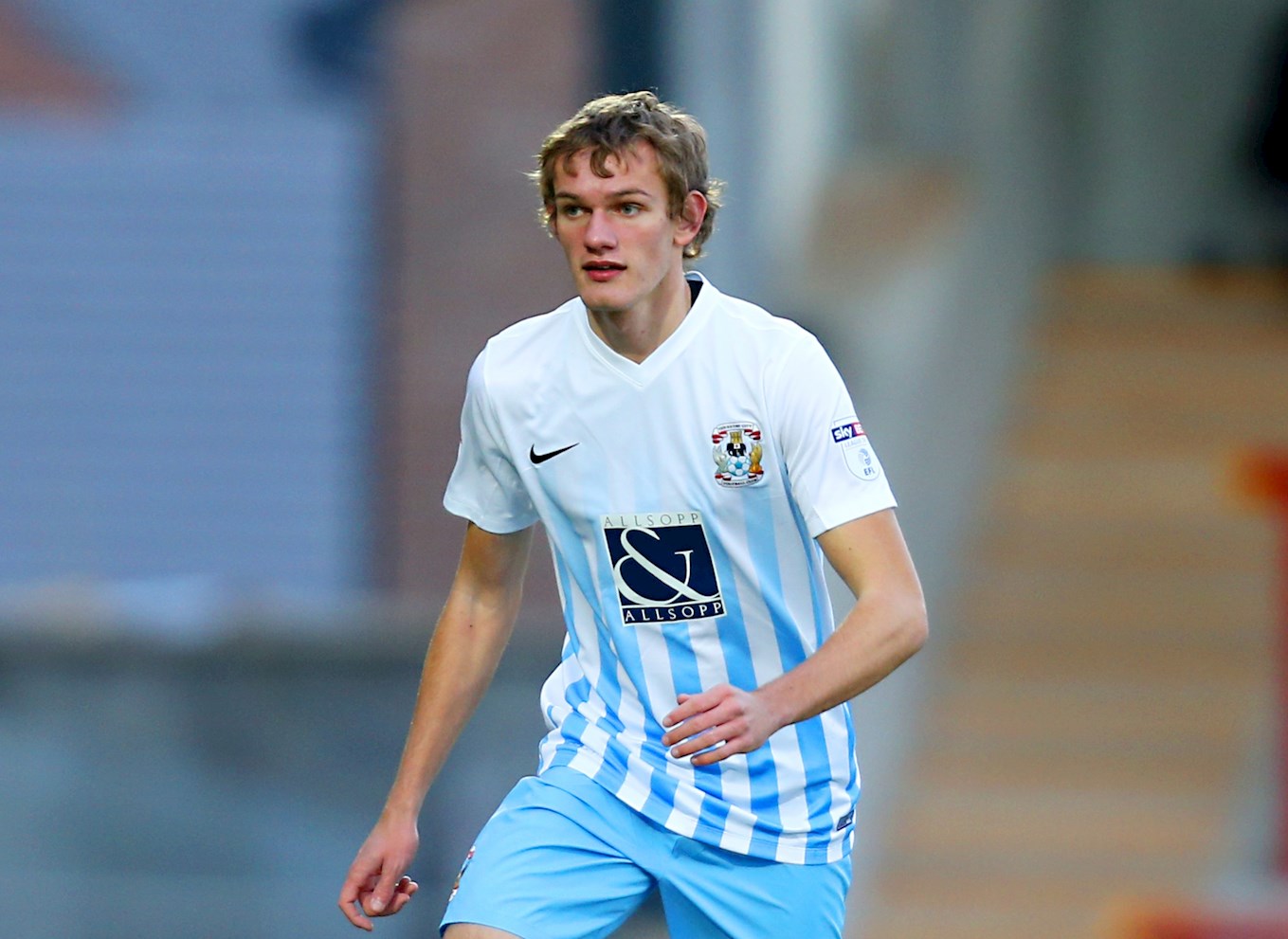 Callum made his Sky Blues debut on 6th November 2016, coming on as substitute in a 1-1 draw in the FA Cup at Morecambe (above). He made 7 appearances in all competitions that season, but the Sky Blues were relegated.

The centre midfielder played 5 games in all competitions during the League Two promotion season, and spent the 2018/19 campaign on loan at Macclesfield. This season the Academy graduate has been on loan at Leamington where he has impressed alongside fellow Sky Blues man Dexter Walters. 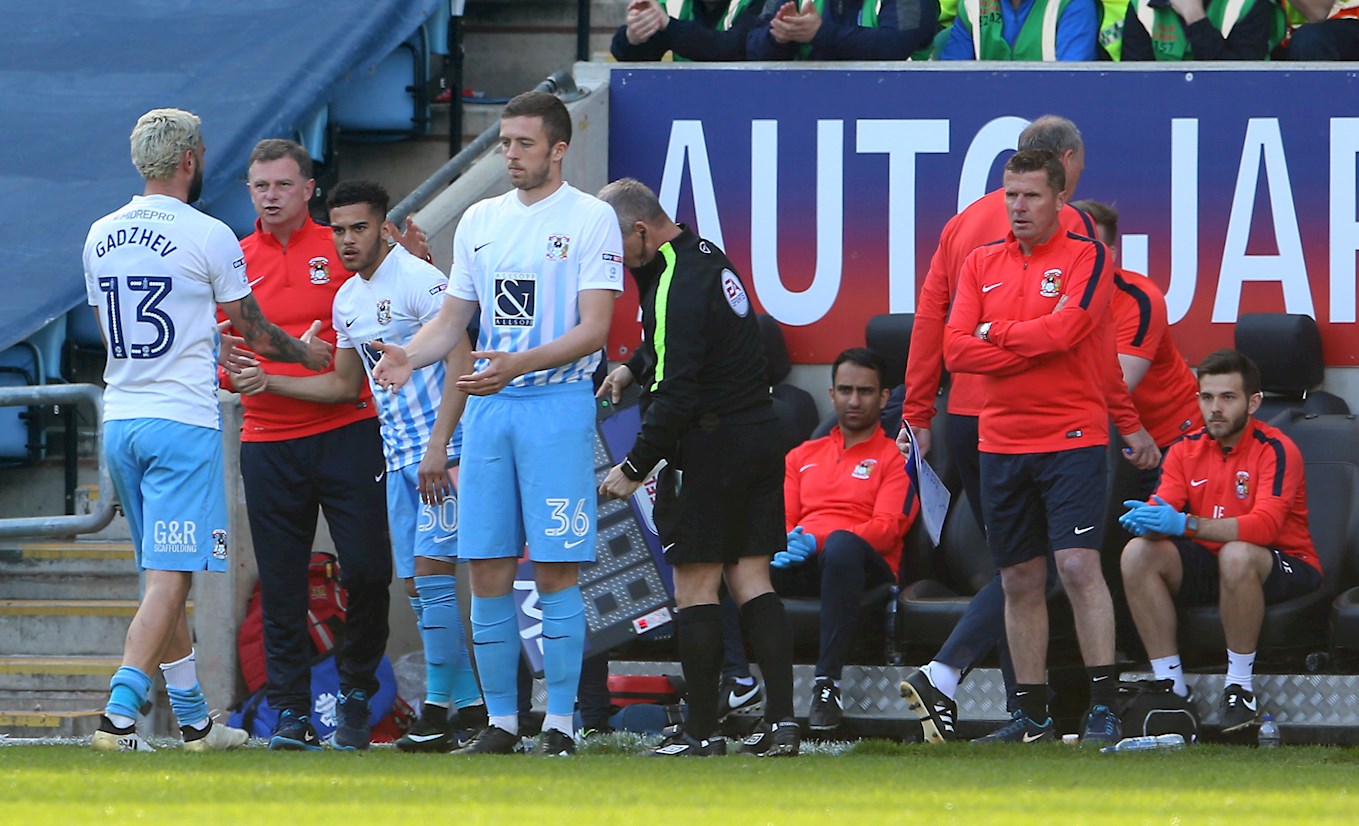 Mark Robins, appointed the month before, brought on Shipley for his Sky Blues bow against Walsall on 22nd April 2017 in the final home game of that season at the Ricoh Arena (above).

The next season was in League Two, and Shipley played a key role in the side that returned to League One at the first time of asking, including scoring in the Play-Off Final at Wembley – one of 6 goals he scored in 41 games that campaign. Last season he played 36 games, scoring 3 times – he has surpassed both figures already this season, appearing 42 times and scoring 7 goals.

As well as being ‘one of our own’, he is now the most used player by Robins since his appointment. The Academy graduate has also contributed the most assists, setting up a team-mate 12 times. 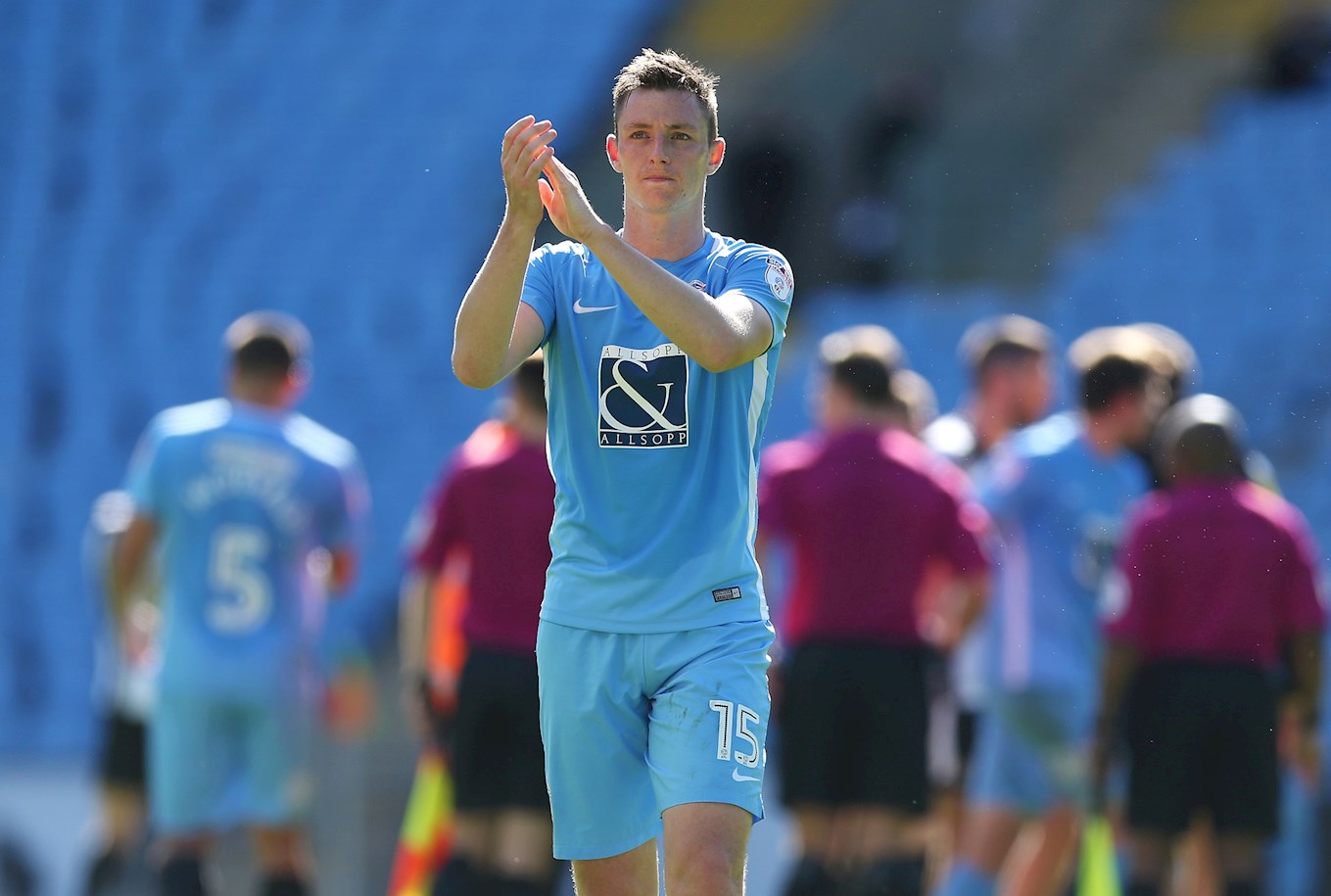 Hyam joined the Sky Blues in the Summer of 2017 from Reading, and the then 21-year-old went in at the deep end when he started the first game of the season – a 3-0 win over Notts County (above).

The development of Hyam since signing has been huge. After spending August with the first team, he had to wait until the end of December for his next appearance. and he came to the fore from February to the end of the season – starting the League Two Play Off Final.

In his second season he was named voted Player of the Year by Sky Blues fans and scored his first goal for the Club, playing 41 times. This season he is again one of the mainstays of the Sky Blues defence, which has conceded the fewest goals in League One so far this campaign. 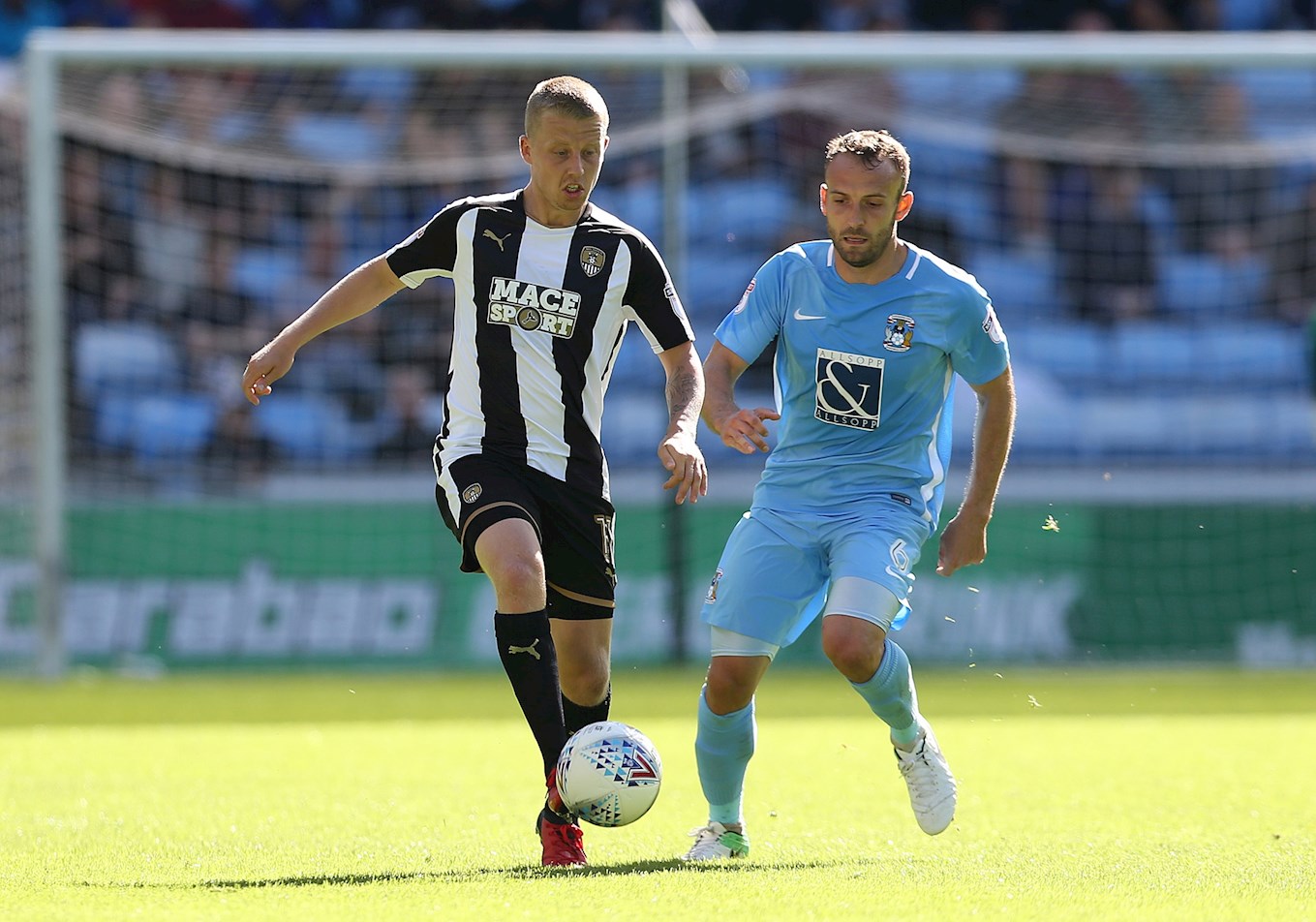 Kelly agreed to join the Sky Blues in the Summer of 2017 from Leyton Orient, and started as City beat Notts County on the opening day of the League Two campaign (above). He played 38 times in all competitions, scoring his only Sky Blues goal so far in April of the season, and formed a strong partnership ‘in the middle’ with Michael Doyle. That first year concluded with the Play-Off win at Wembley, Kelly starting that game too.

As Doyle left in January 2018, Liam Kelly became Coventry City Captain. Though Kelly missed the start of the campaign and a period in November through injury, he still played 32 times and was influential in the second-half of the season as the Sky Blues hit form.

This campaign the 30-year-old has played 37 times in all competitions so far, underlining his place as the lynchpin and leader for the Sky Blues. 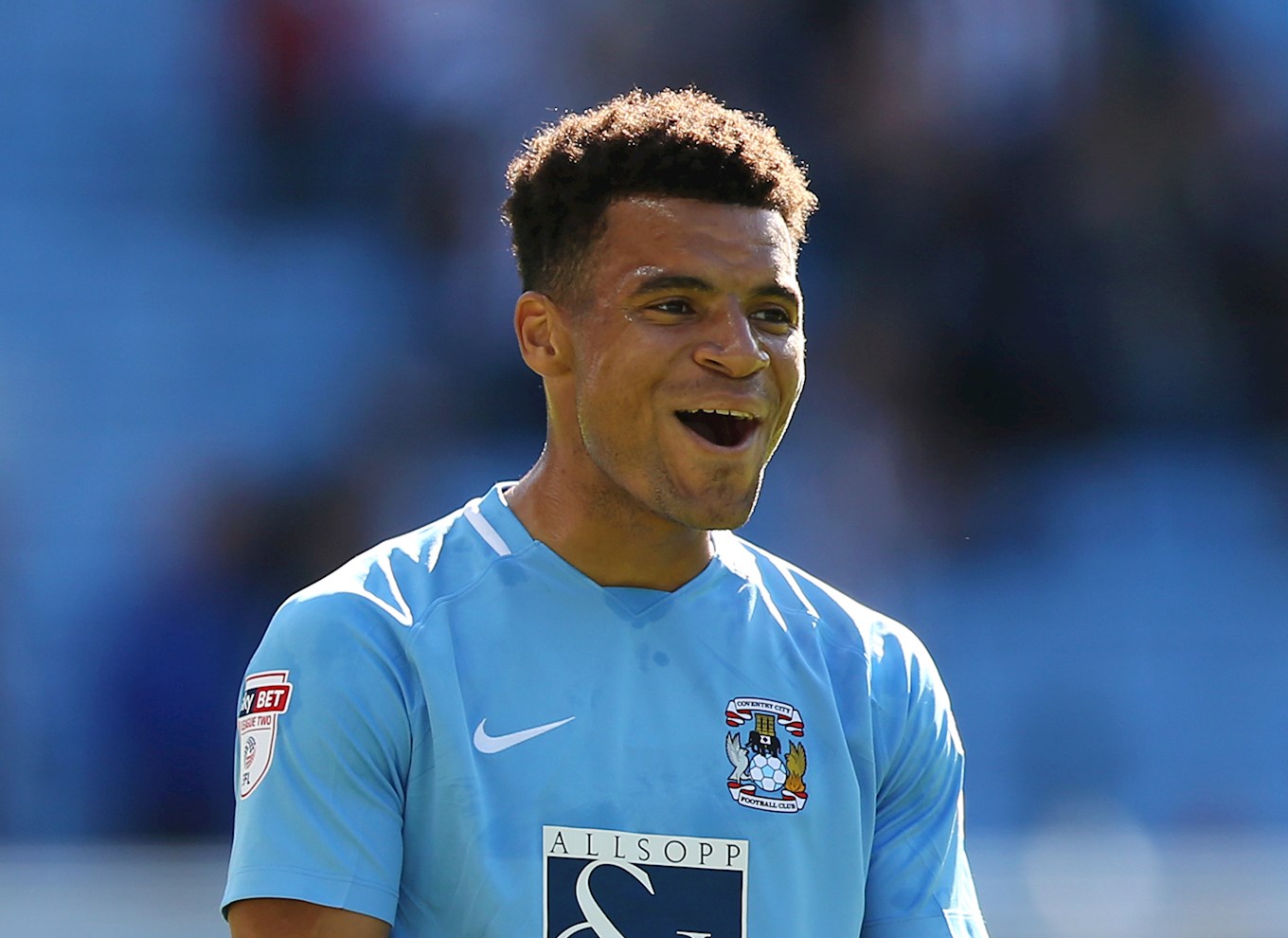 Popular striker Biamou joined the Sky Blues in the Summer of 2017 from Sutton United. He made his debut in the 73rd minute of the opening day win over Notts County (above), therefore he’s in 5th place on our list behind Hyam and Kelly who started that game.

Fans had to wait until January for his first goal, but he soon developed a reputation for important and spectacular strikes. In first season he played 49 games and scored 9 goals, starring in the successful Play-Off run – scoring twice in the Semi-Final at Notts County.

His second season was cruelly cut short after 5 games with an ACL injury, but he returned for the 2019/20 campaign and the 29-year-old has scored 11 times in 29 games in all competitions so far this season. 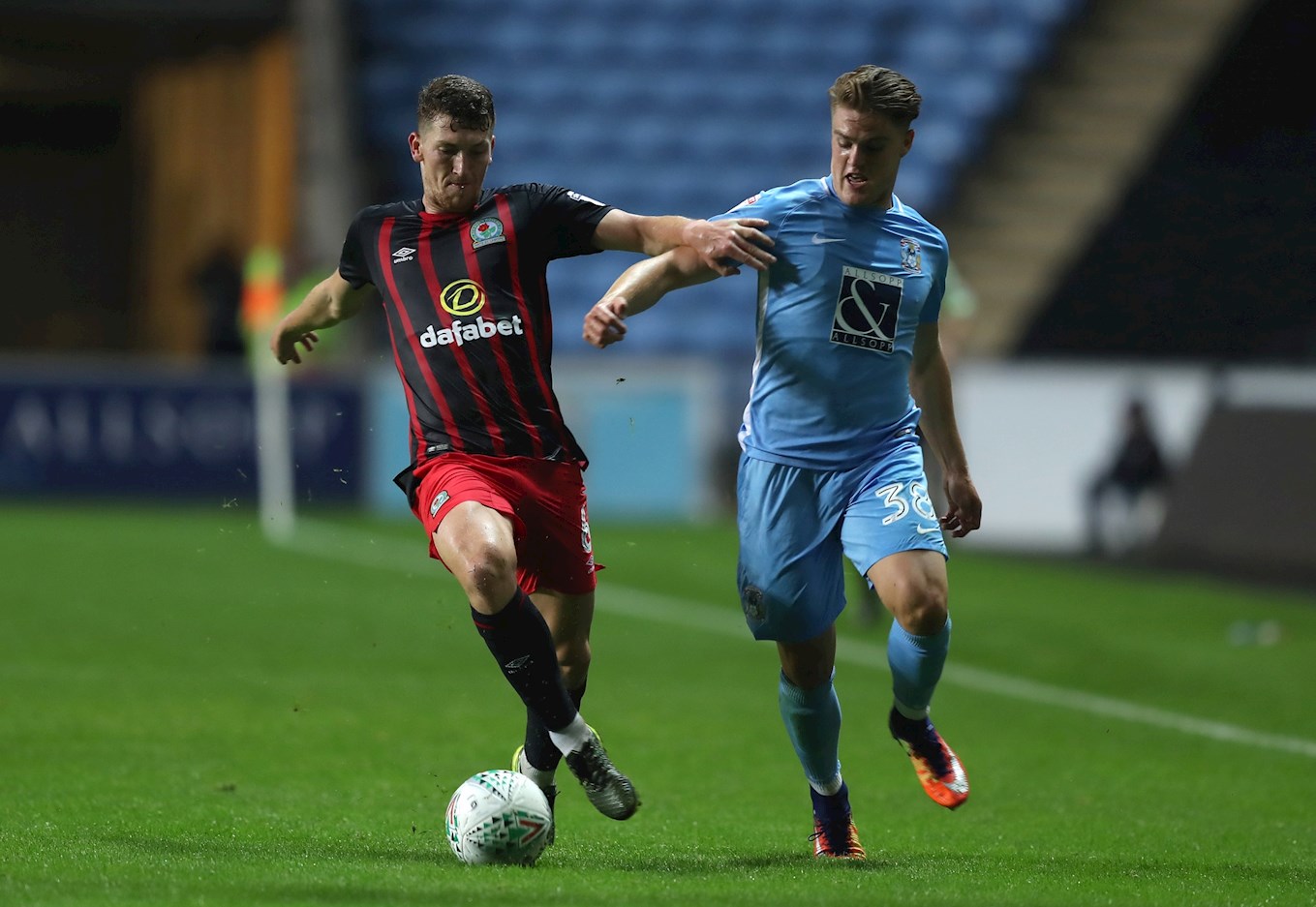 After setting the Under 18s and 23s goalscoring charts alight, Ponticelli made his City debut on 8th August 2017 in the EFL Cup at home to Blackburn Rovers (above). He would make 26 appearances in all competitions that season, scoring 6 goals – including both goals in April’s 2-1 win at Crawley Town.

In 2018/19 he made 6 appearances for City, plus 4 at Macclesfield on loan. The 2019/20 campaign has been spent out on loan for the 21-year-old – firstly a spell at Tranmere Rovers, followed by a more successful period at Wrexham. 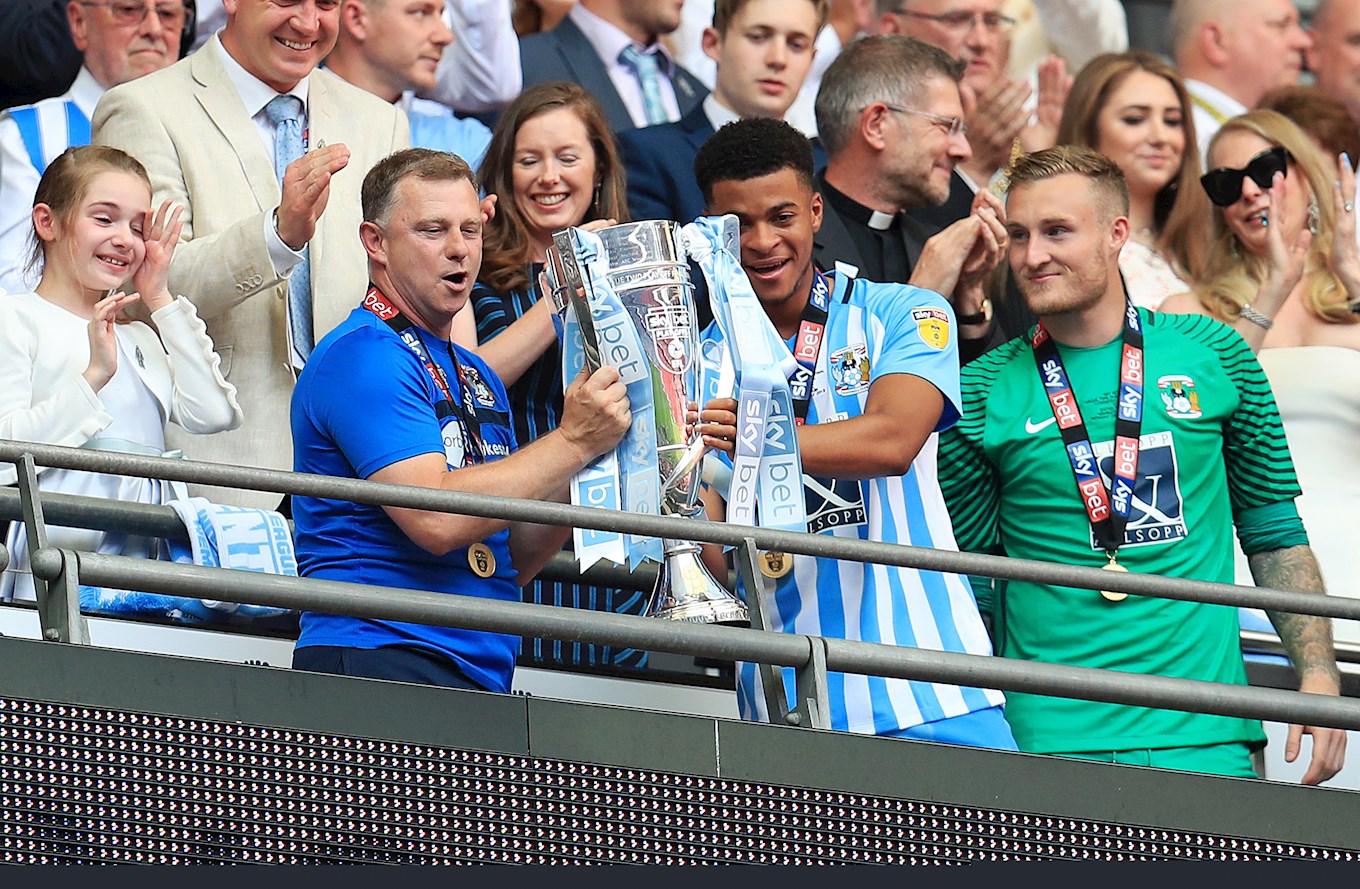 Academy graduate Thompson made his bow in the Checkatrade Trophy against West Bromwich Albion. He didn’t make another appearance that season – but was an unused substitute in the Play-Off Final win (above).

In 2018/19 he made his league debut, one of 8 appearances he made during the campaign in all competitions. This season he has been on loan at Boreham Wood and then Wrexham, as the 21-year-old continues his footballing development.

The rest of the squad made their debuts from 2018/19 onwards.