We take a look back at the head-to-head record between the Sky Blues and the weekend's opponents, MK Dons.

MK Dons are one of the newest members of the Football league, after they were founded in 2004. As a result, the Sky Blues have faced them sparingly in their overall history.

However, since sharing a division for the first time in 2012/2013, the two clubs have locked horns on a regular basis since. Coventry have had the marginally better of the results with four victories to Milton Keynes’s three.

The clubs have also played out two draws in their nine meetings. All bar one of the club’s meetings have come at League One level, with the most recent fixture an FA Cup Fourth Round tie in 2018. 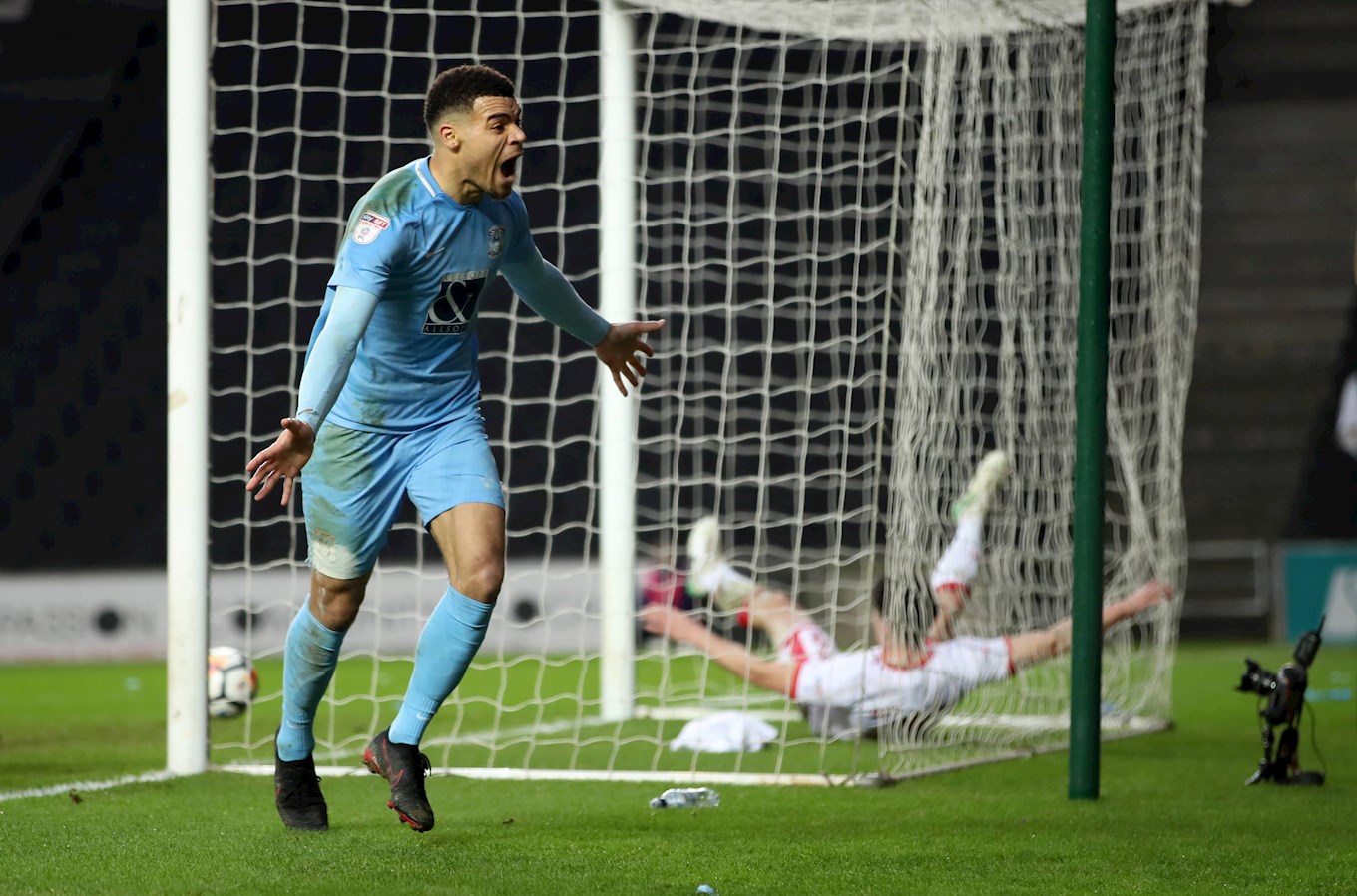 Coventry’s last visit to MK Dons represented another fruitful visit to Stadium:MK for the Sky Blues. Riding the crest of a wave after the scalp of Premier League Stoke in the previous round, Coventry travelled to Milton Keynes with a near 8,000 strong fanbase behind them and more than competed in the first half against a team the division above them.

In the second half City dominated, and a scrappy goal on 64’ minutes from Max Biamou was enough to seal City’s passage into the next round.

This was another sparkling performance from City during a season in which they sealed promotion back to League One, whilst MK Dons went the other way and were relegated into League two after reaching the dizzy heights of the Championship just a couple of seasons previous. 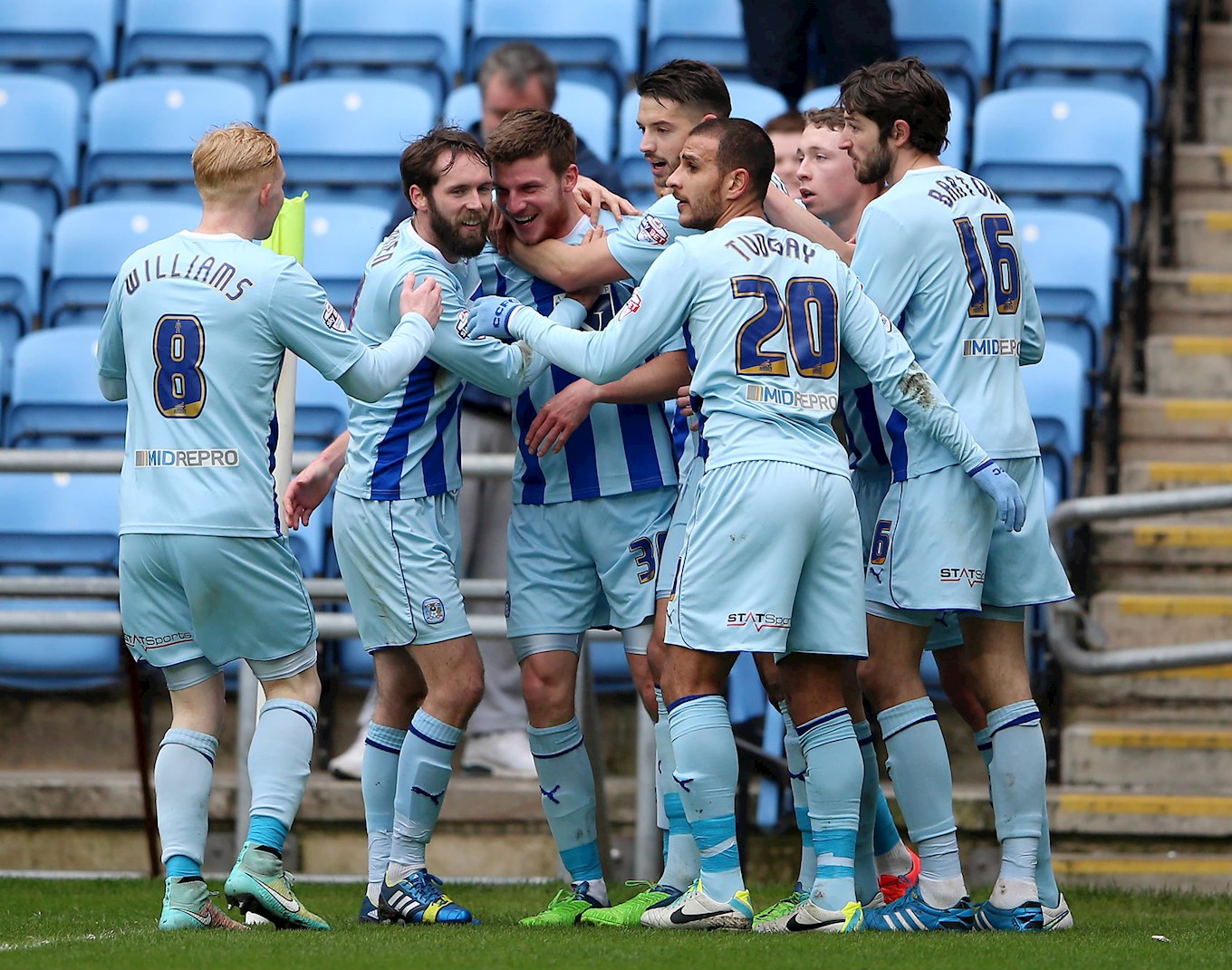 The first meeting between the two came in City’s first season back in League One after 10 years in the Championship and founder members of the Premier League before that. The match came early in the season, one in which City were struggling to adapt to their new surroundings and found themselves at the wrong end of the table.

A goal from Richard Wood had the Sky Blues ahead on 34’ minutes, before Stephen Gleeson levelled before half time. The second half was goalless and the teams were forced to share the spoils.

The Sky Blues biggest victory over MK came the following season under Steven Pressley’s tenure, in a remarkable game in November 2013. The home side took the lead right on the stroke of half time thanks to Shaun Williams’ penalty after a foul from Dan Seaborne.

After the break, a rejuvenated City battled back and a deflected effort from debutant Chris Dagnall effort looped over the ‘keeper to level things up going into the final quarter of the game. In the 86th minute, fellow debutant Chris Maguire stepped up and wrapped a free-kick into the bottom left-hand corner from all of 30 yards to put City in the driving seat.

Going into injury time, Maguire went one better by smashing a free kick from the opposite side into the same corner to send the away end into raptures and seal a priceless victory for the Sky Blues with Maguire introducing himself to the Sky Blues faithful in perfect fashion. 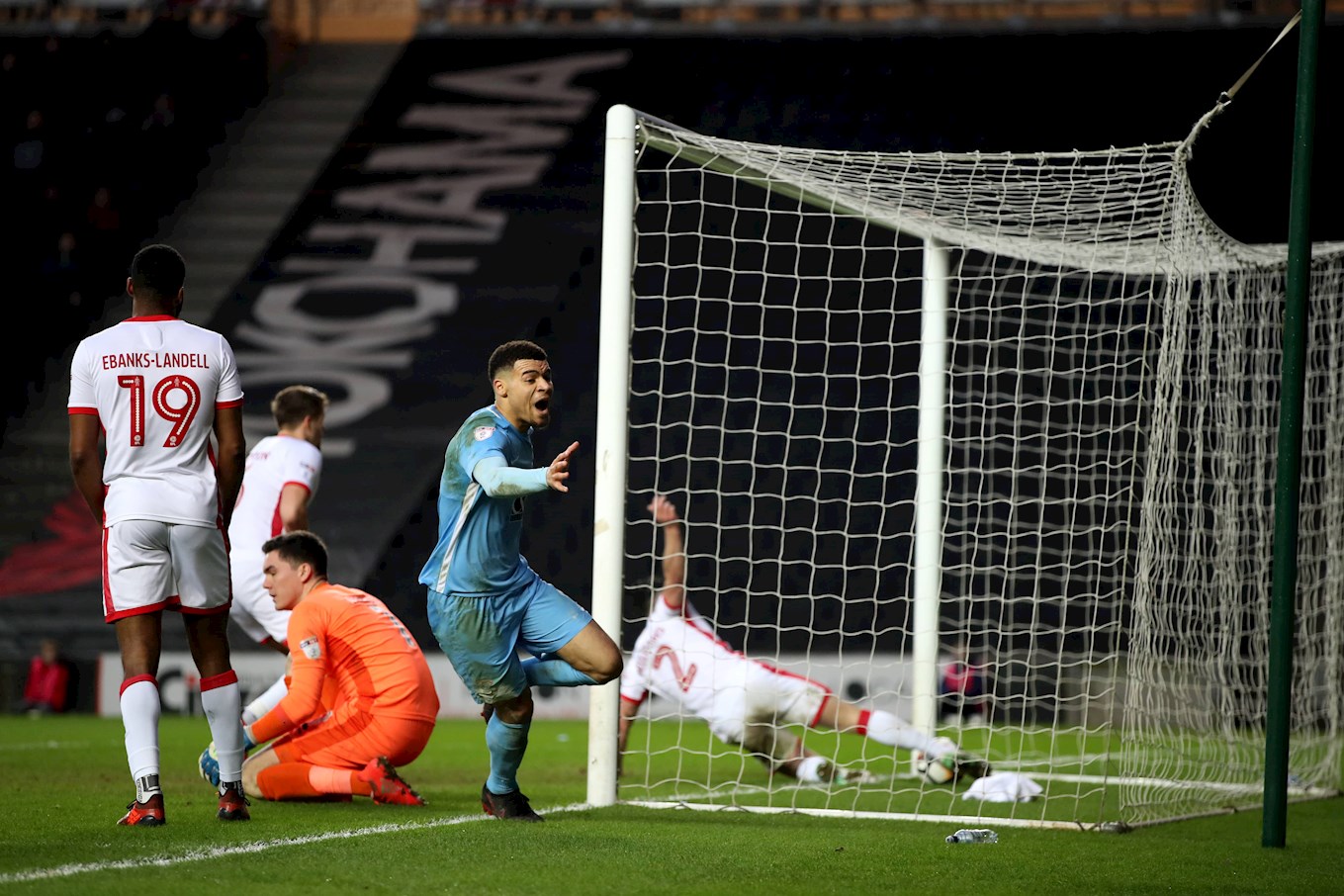 In Coventry’s five visits to Stadium:MK, a total of over 25,000 spectators have packed the away end at what has proved a largely happy hunting ground the Sky Blues.