Fleetwood are still in their infancy as a Football League club after only featuring in the league for the first time in 2012, as a result the two clubs haven’t met on too many occasions over the years.

All eight meetings between the two clubs have happened at League One level, with Fleetwood edging the overall standings with four wins to Coventry’s three, with the only draw coming in the first meeting between the pair.

Coventry were unbeaten in their first three meetings with Fleetwood, however up until the latest meeting Fleetwood had won the previous four.

The last meeting between the two clubs came in the March of last season when both clubs were looking towards a late play off challenge.

The Sky Blues took an early lead through Amadou Bakayoko inside six minutes after he charged down Alex Cairns’ clearance and the ball bounced fortunately into the unguarded net.

Fleetwood equalised on the 32nd minute thanks to forward Ched Evans.

City regained the lead on the stroke of half time as Jordy Hiwula received the ball from full debutant Morgan Williams before beating numerous players and smashing home the goal of the season to seal a valuable three points for the Sky Blues. 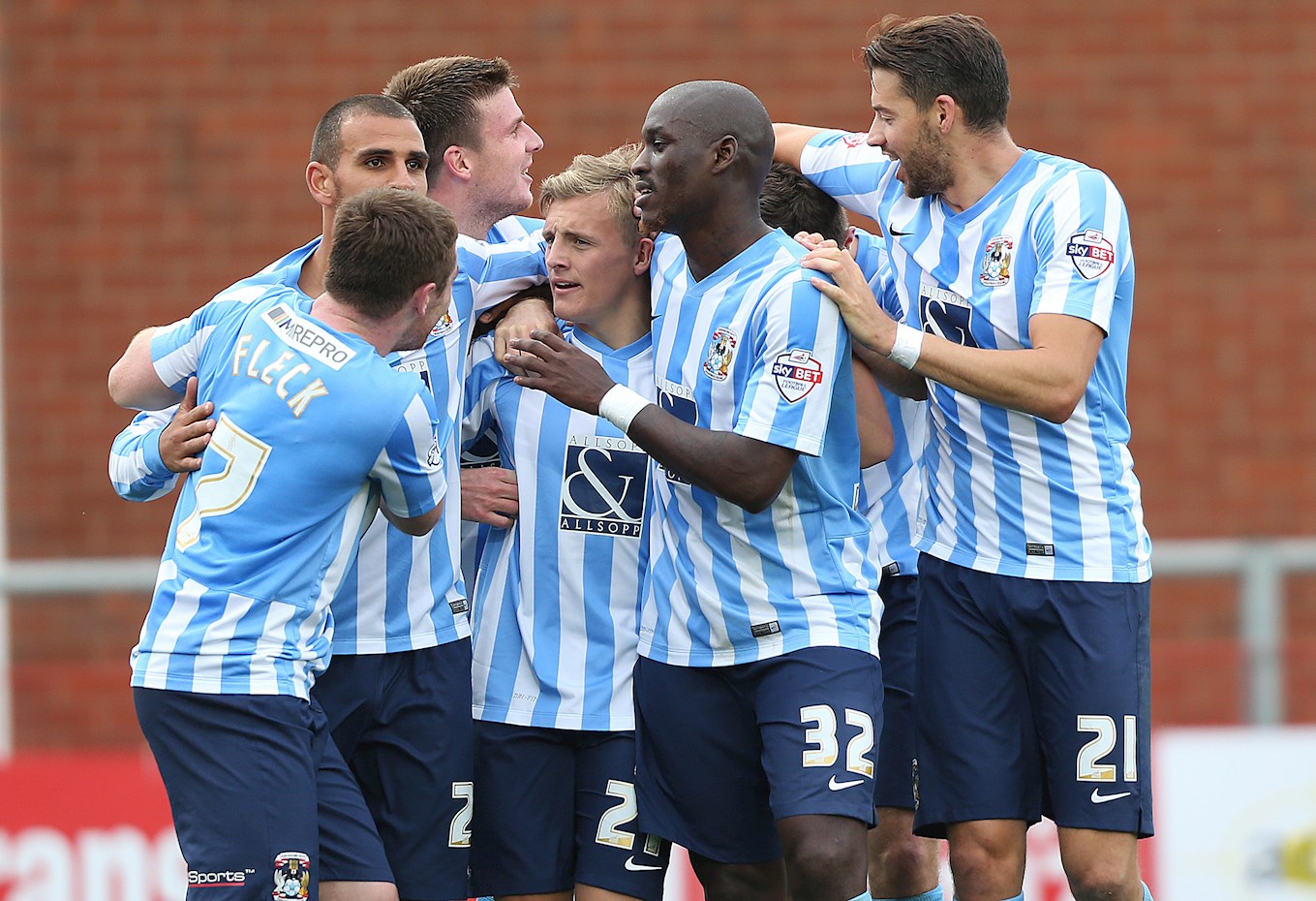 The first meeting between the two sides came in December 2014 during the Cod Army’s first season at League One level.

The visitors took an early lead at the Ricoh Arena after nineteen minutes as Gareth Evans’ cross was diverted into his own net by veteran centre half Andy Webster. The Sky Blues brought on promising teenager James Maddison to try and break down the resolute Fleetwood defence, but they struggled to manufacture any telling opportunities.

The home sides breakthrough finally came when loan signing Gary Madine was able to steer a header in the direction of strike partner Simeon Jackson to rescue a point for the Sky Blues on the 81st minute.

Coventry’s biggest win against their opposition came in the return fixture during the same season as the Sky Blues ran out 2-0 winners at Highbury Stadium.

City had the better of the first half but couldn’t find a way through despite the best efforts of striker Dominic Samuel. Fleetwood almost caught the Sky Blues out in the second half but Chris Stokes was on the line to save the day and clear a Jamie Proctor header away from danger.

The away side finally found a breakthrough in the 88th minute as Dominic Samuel collected a pass from Jim O’Brien and slotted the ball past the goalkeeper to give City the advantage.

With Fleetwood pushing for an equaliser, City added gloss to the victory in the dying embers after Frank Nouble charged down the ‘keeper’s clearance and capitalised on the mistake by bundling the ball over the line and sealing a priceless three points for the relegation threatened Sky Blues.

In the 10 seasons between 2004 and 2014, Fleetwood Town were promoted on six occasions and rose from the North West Counties League Division One all the way to Football League One without ever being relegated.