The Sky Blues look to make it two wins on the bounce this Saturday but face possibly their toughest test yet against league leaders Peterborough United. Here is all you need to know about the opposition. 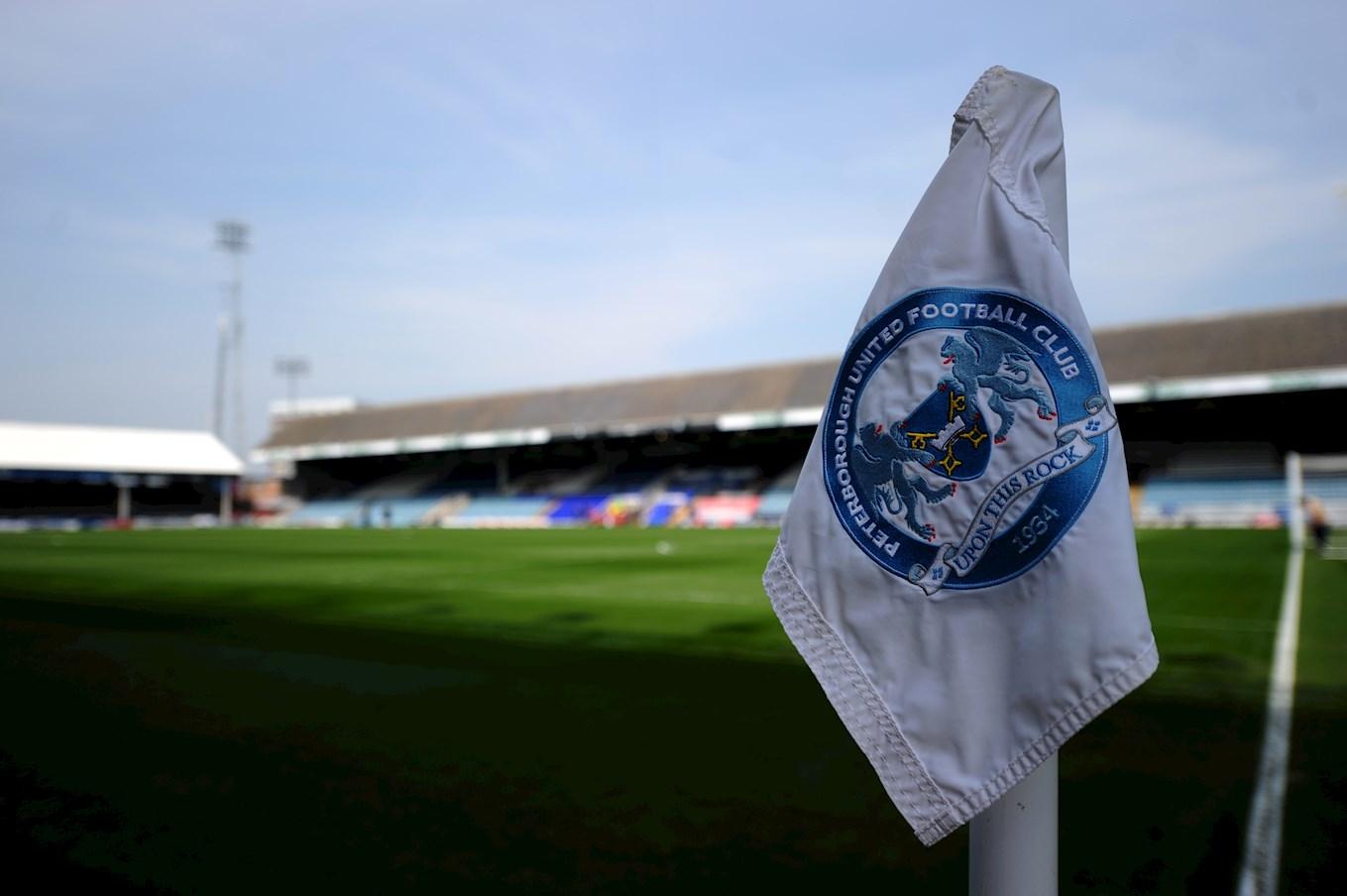 In the last 15 years, Peterborough have flipped between League Two and the Championship, but have found themselves at League One level since 2013-2014. After a disappointing collapse last season- finishing adrift of the play offs after a strong start- the club sent a clear message to the rest of the division by retaining the services of star men Marcus Maddison and Ivan Toney, turning down big offers for the latter from Championship clubs during the summer.

The Posh are currently top of the division in no small part due to the 21 league goals strike duo Toney and new signing Mo Eisa have scored, as well as playmaker Maddison contributing seven goals and six assists from the number 10 position.

Peterborough’s success is built on the form of the front three, with a remarkable 28 of their 34 league goals this campaign being scored by the trio.

Despite being a formidable attacking force, Peterborough’s defence is not amongst the best in the division and goals can be scored against them. City will have to be on top of their game to nullify the threat of Peterborough’s attacking talent and leave Cambridgeshire with a positive result. 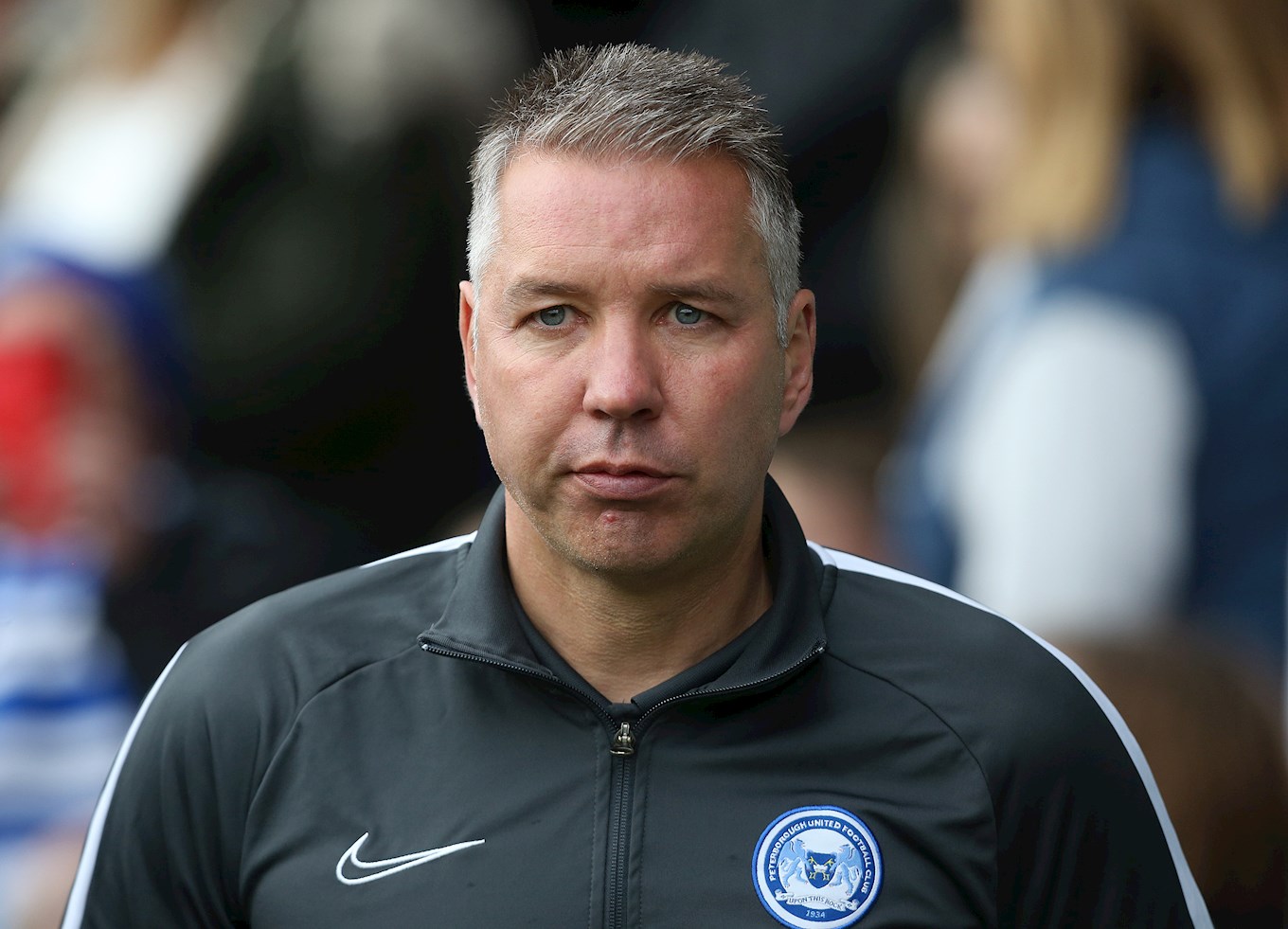 Peterborough boss Darren Ferguson is in to his third spell at a club he has had great success at in the past. In his first spell at the club, he led free-scoring Posh to consecutive promotions from League 2 to the Championship. Despite his success, he left the club the next season in November after a poor start to the season.

A spell at Preston followed before he returned to London Road in 2011, where he led the club to League One play off glory, becoming the top-scoring side in the whole country with 106 goals in the process. His side spent two seasons in the Championship before being relegated with 54 points in 2013, the most points by a relegated team in history. In February 2015, Ferguson left by mutual consent with Posh languishing in mid-table in League One.

Ferguson oversaw a relegation and another promotion at Doncaster between 2015 and 2018, before returning for a third spell at Posh in January 2019 after the sacking of Steve Evans. 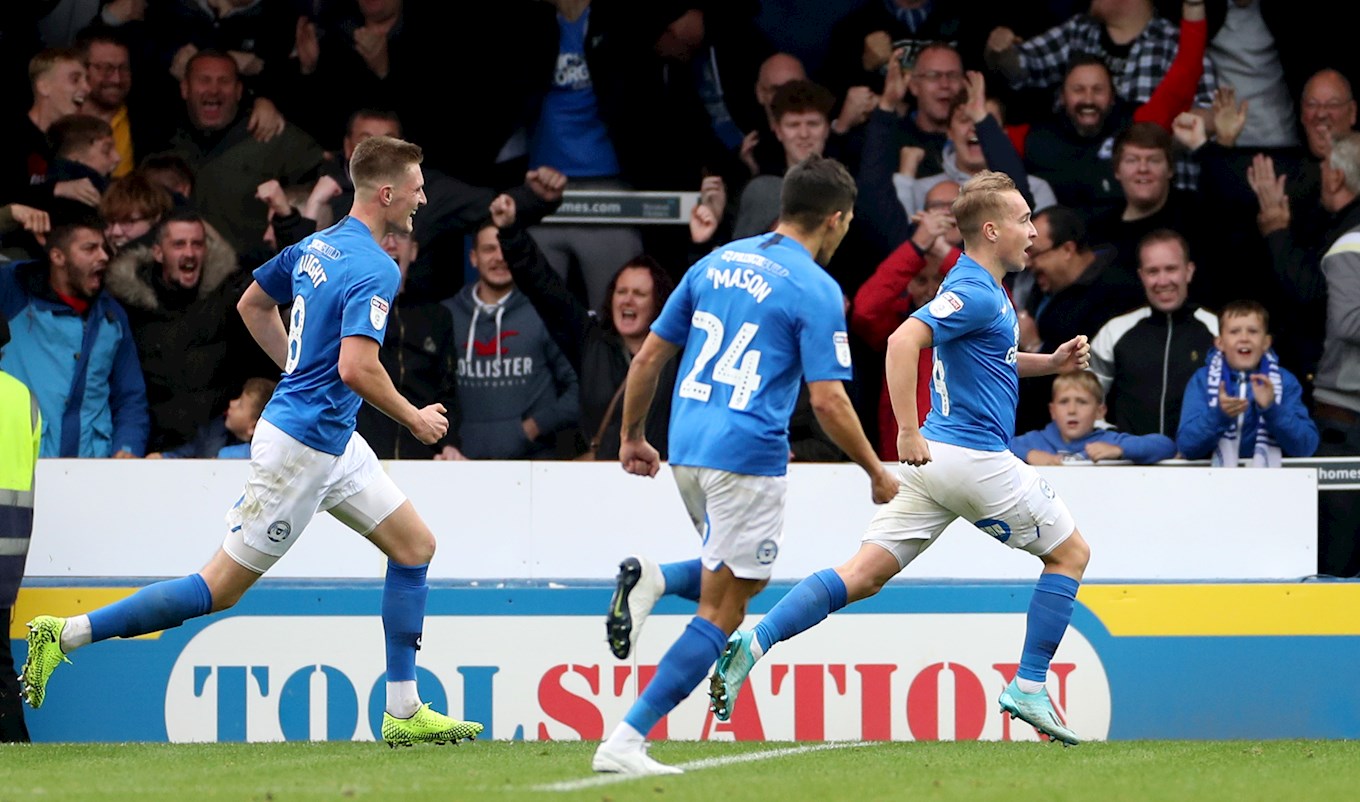 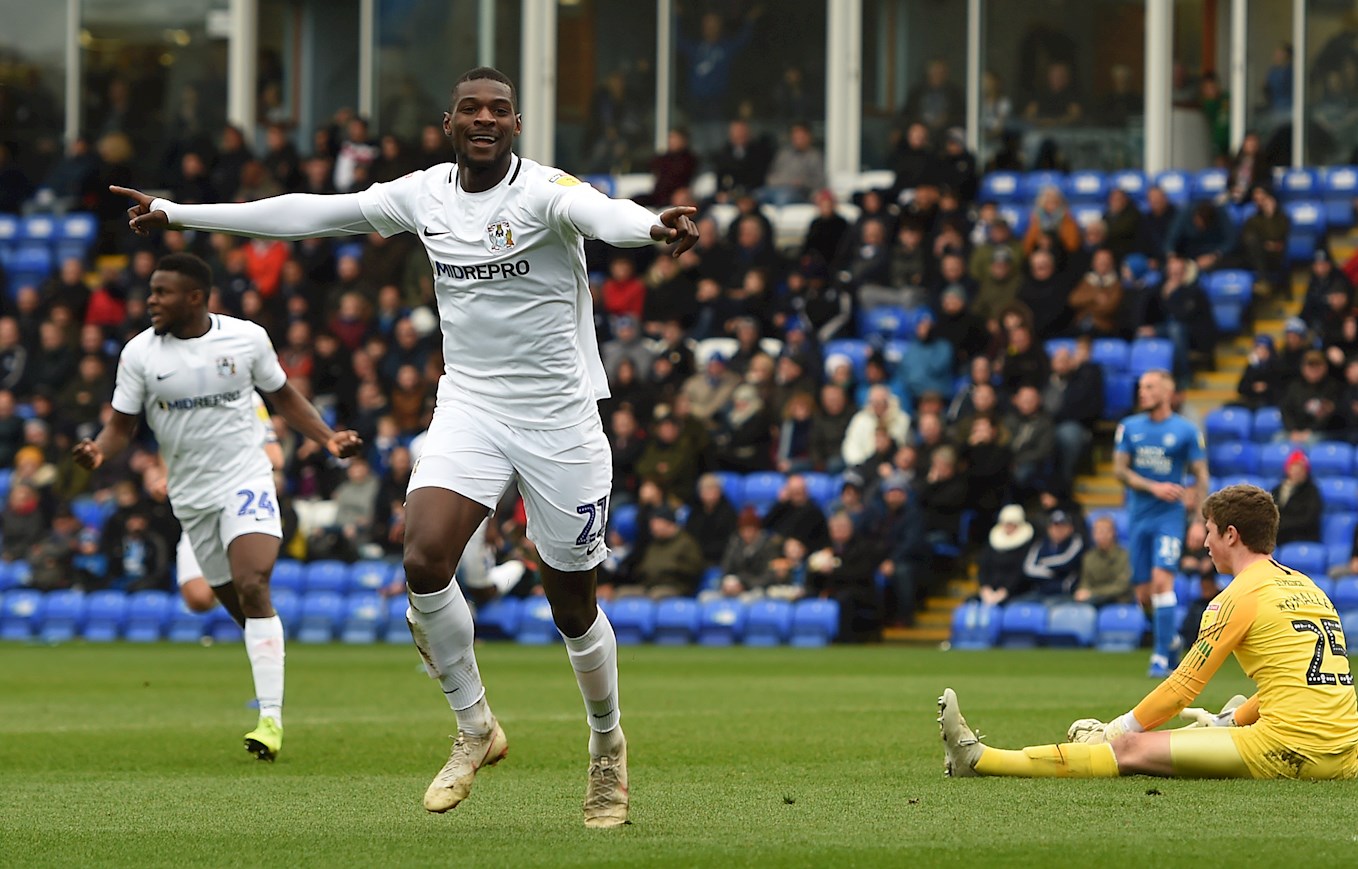 The Sky Blues came out on top last time the two clubs met last season in a 2-1 victory at London Road.

City’s late play-off charge gathered real momentum as they took points from a rival after goals from Amadou Bakayoko and Bright Enobakhare.

City suffered a late scare when Louis Reed pulled one back but managed to hold on for a priceless three points. 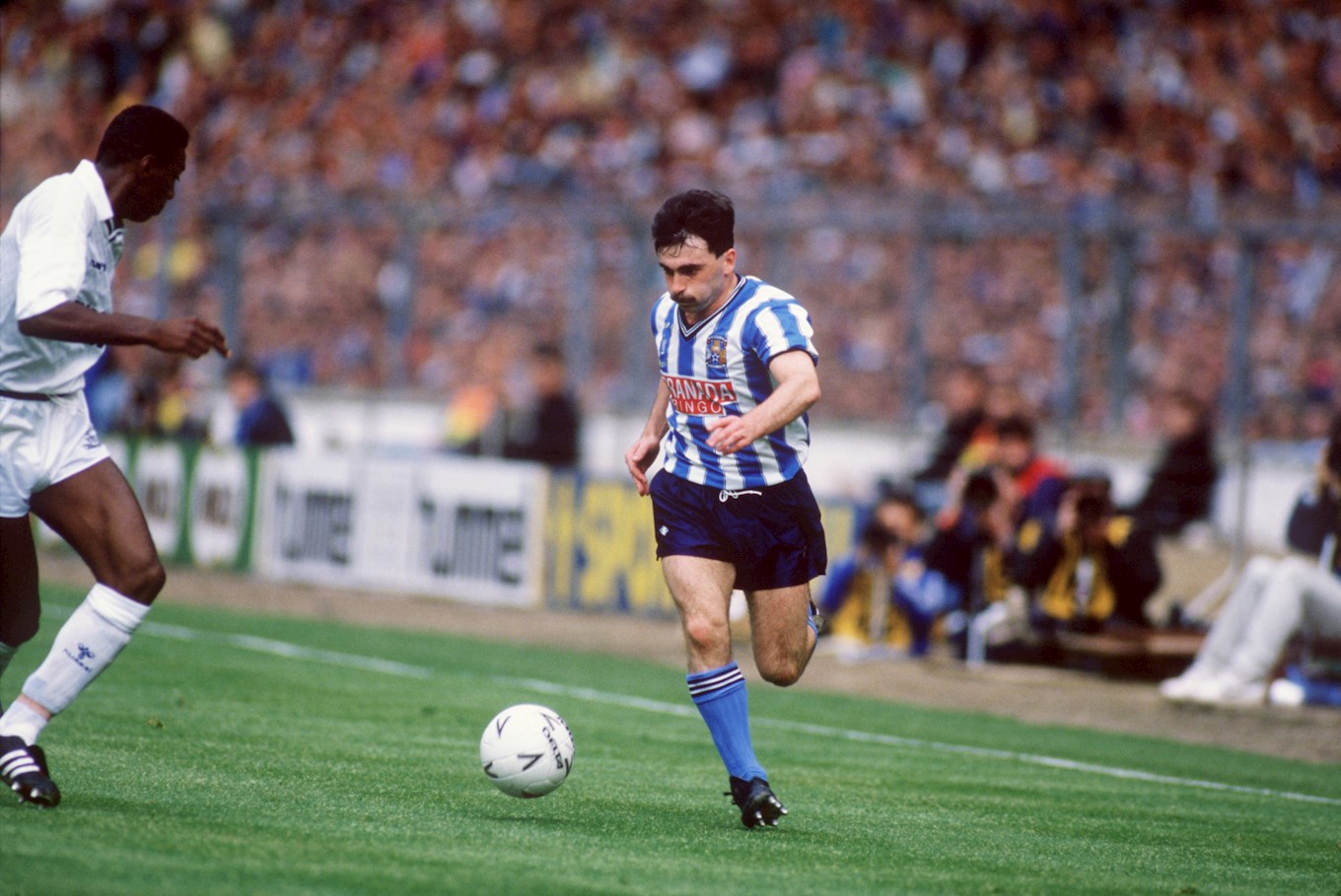 Diminutive midfielder Micky Gynn signed for boyhood club Peterborough in 1975 as a teenager and went on to make 188 appearances in all competitions, scoring 39 goals.

He signed for first division club Coventry City in 1983 for a fee of £60,000 and made nearly 300 appearances during his 10 years with the Sky Blues.

His finest hour came in 1987, when he was part of the Coventry side that famously lifted the FA Cup against Tottenham Hotspur at Wembley. 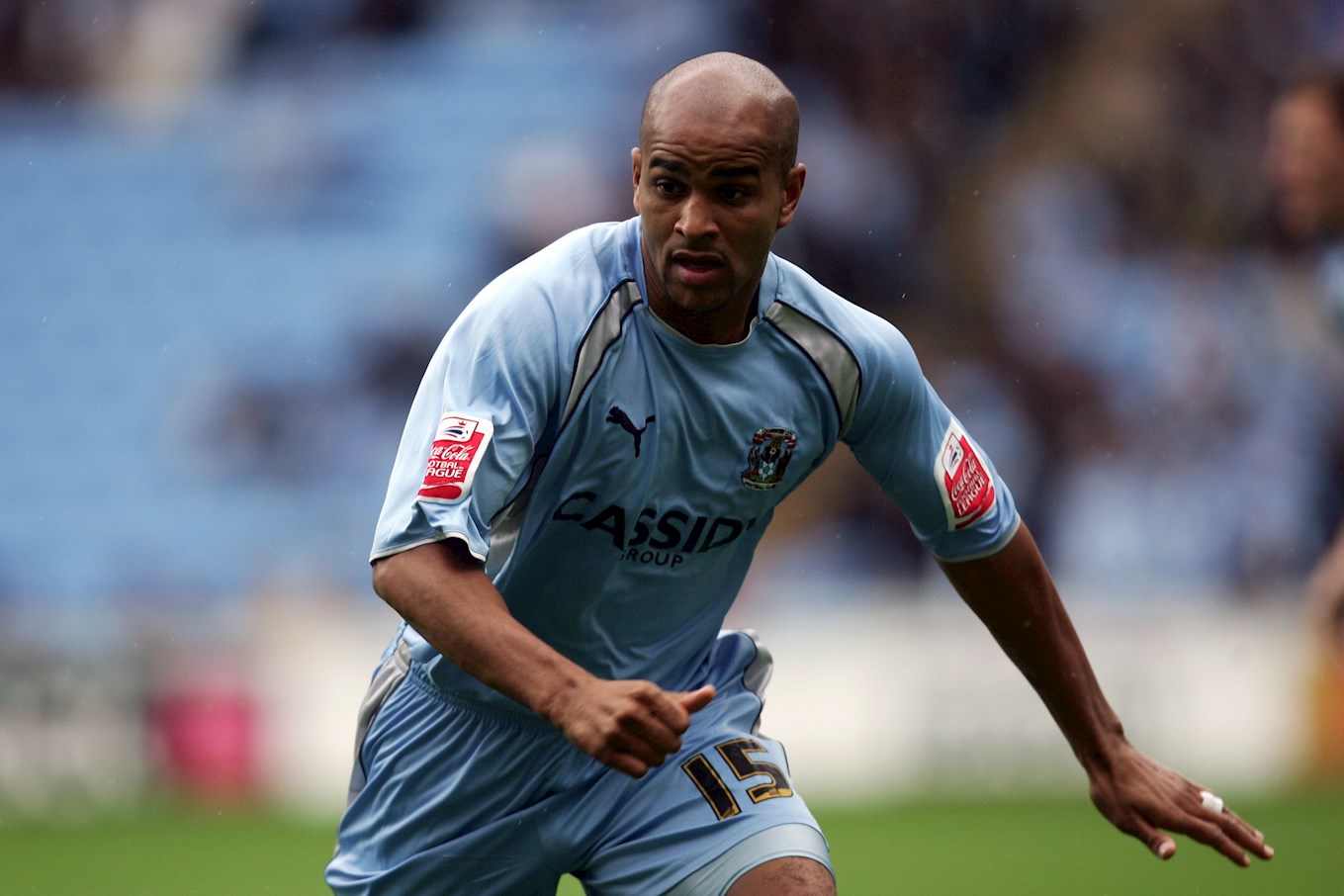 Versatile frontman who initially joined Posh on loan in 1998 from Crystal Palace and scored eight goals in 14 appearances. He eventually joined permanently in 2000 and carried on his good form with 49 goals in 103 games before departing to Norwich for £325,000 in 2003.

After a good spell with the Canaries he joined the Sky Blues in 2006 for a fee that could rise as high as £1 million.

He was a useful player for the Sky Blues, but he found goals much harder to come by and eventually left in 2009 with 12 goals in 62 league appearances.

The referee for Saturday’s fixture is Andy Young, his first Sky Blues game of the season.

Young has officiated in 13 games thus far during the current campaign, giving out 53 yellows and two reds so far.

Paul Lister and Stephen Wade will be his assistants, whilst Robert Whitton will be fourth official.

Coventry City will be wearing their Third Kit on Saturday afternoon.