The Sky Blues face Forest Green Rovers tonight in their second group stage game of the Leasing.com trophy. Here is all you need to know about the opposition.

Table as it stands: 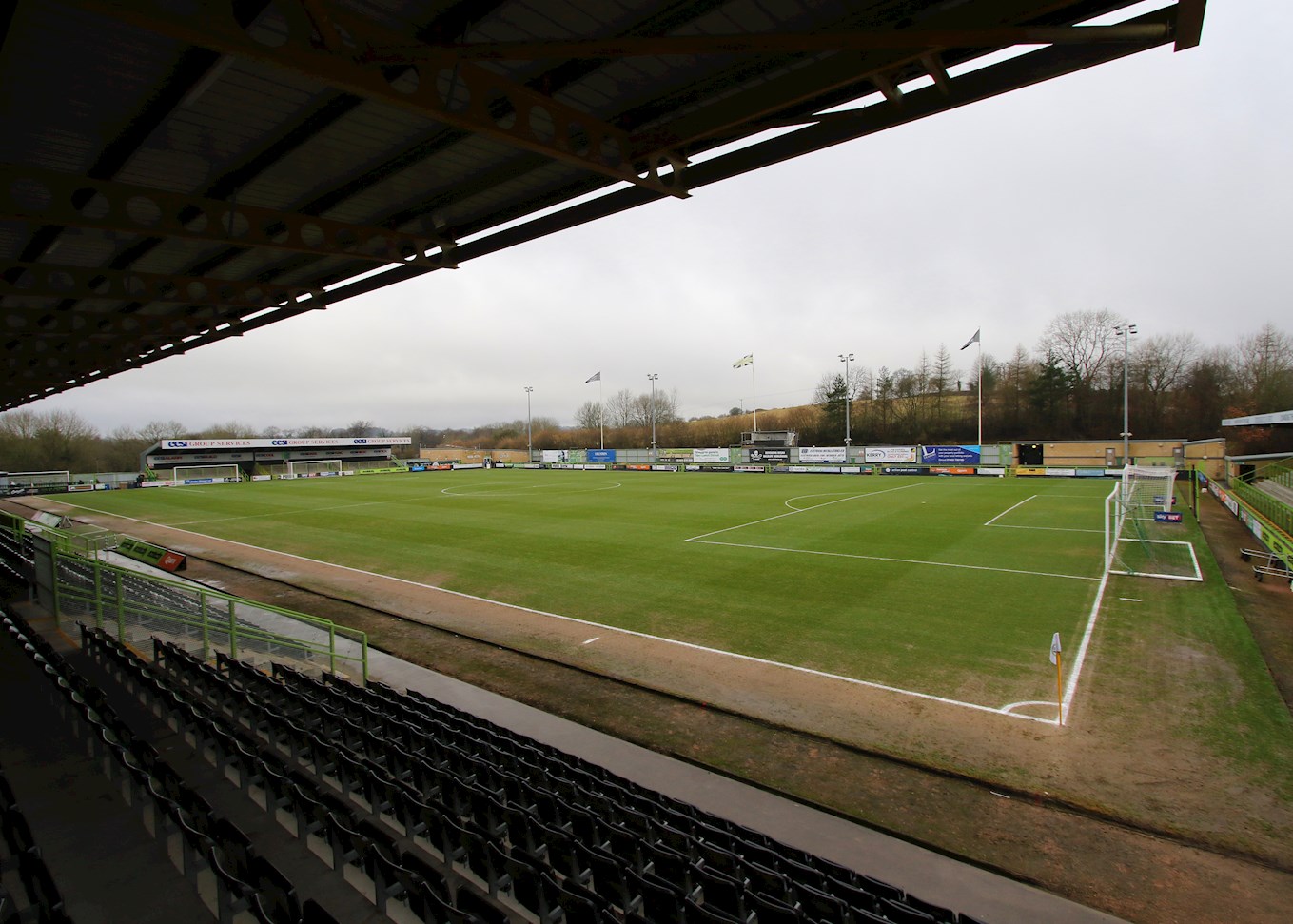 After suffering disappointment in the League Two Play-offs last season, Forest Green have started this season in excellent form and go into the game sitting top of League Two.

The club have only lost one of their last nine games, as well as holding Premier League Bournemouth to a 0-0 draw in the Carabao Cup, before being cruelly knocked out on penalties.

Much of Forest Green’s success can be attributed to the eight clean sheets they have kept so far this season in the league in just twelve fixtures. This has provided the foundations for the club’s success in the league, with impressive victories over Salford, Bradford and most recently against Crawley.

Despite losing star players Christian Doidge and Reece Brown to Hibernian and Huddersfield respectively in the summer, the club have reinvested the money wisely across the squad and threaten to be a tough test for the Sky Blues on Tuesday night. 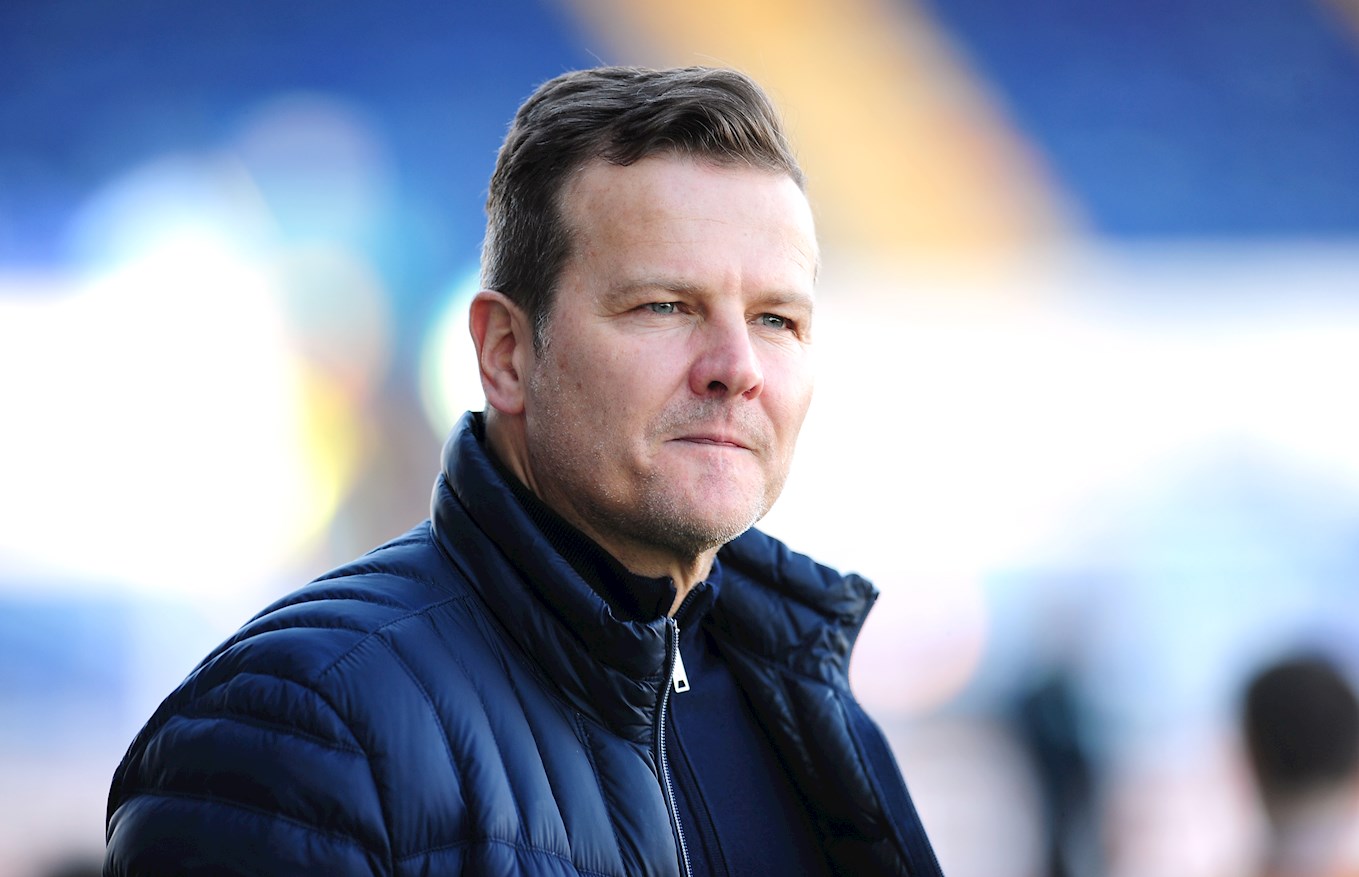 Mark Cooper started his managerial career at Tamworth in non-league after a nomadic playing career during which he turned out for no less than seventeen professional clubs in his twenty-year career.

His first managerial role came at non-league Tamworth, where he managed to lead the club to two successive FA cup third round ties. The clubs league from suffered however, and he left the club by mutual consent. He got his first taste of silverware in his next role, as he led Kettering to the Conference North title in 2009.

A brief and unsuccessful role with Peterborough followed, before dropping back into non-league to take the helm at Darlington, where he won the FA Trophy at Wembley. A short spell at Telford followed, before he got his second crack at the Football League with Swindon, agonisingly missing out on promotion to the Championship with a play-off final defeat to Preston.

Cooper took the job at Forest Green after leaving Notts County and has helped the club establish themselves as a top end League two club, as they narrowly missed out on promotion in the play-offs last season. 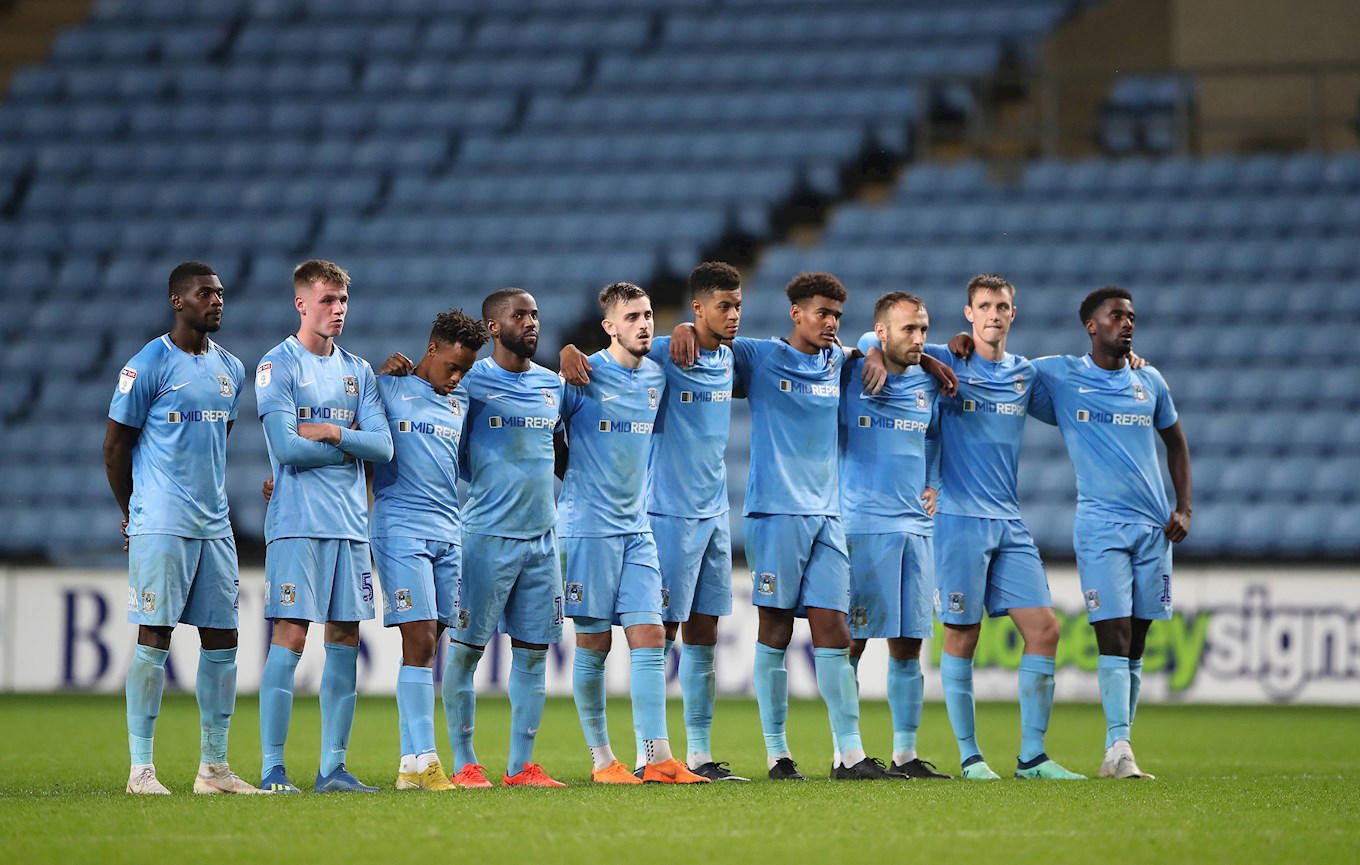 The last meeting between the two clubs was almost a year ago to the day in 2018, as the two clubs played out a 1-1 draw in the same competition at the Ricoh Arena.

Jordy Hiwula had the Sky Blues ahead on three minutes with his first goal for the club. Despite dominating proceedings, the home side couldn’t hold on, and a 69th minute header from substitute Isaac Pearce sent the game to a penalty shootout.

City Scored four out of their five penalties, including goals from Bakayoko, Hyam and Kelly, and sealed the bonus point with a 4-2 victory on penalties. 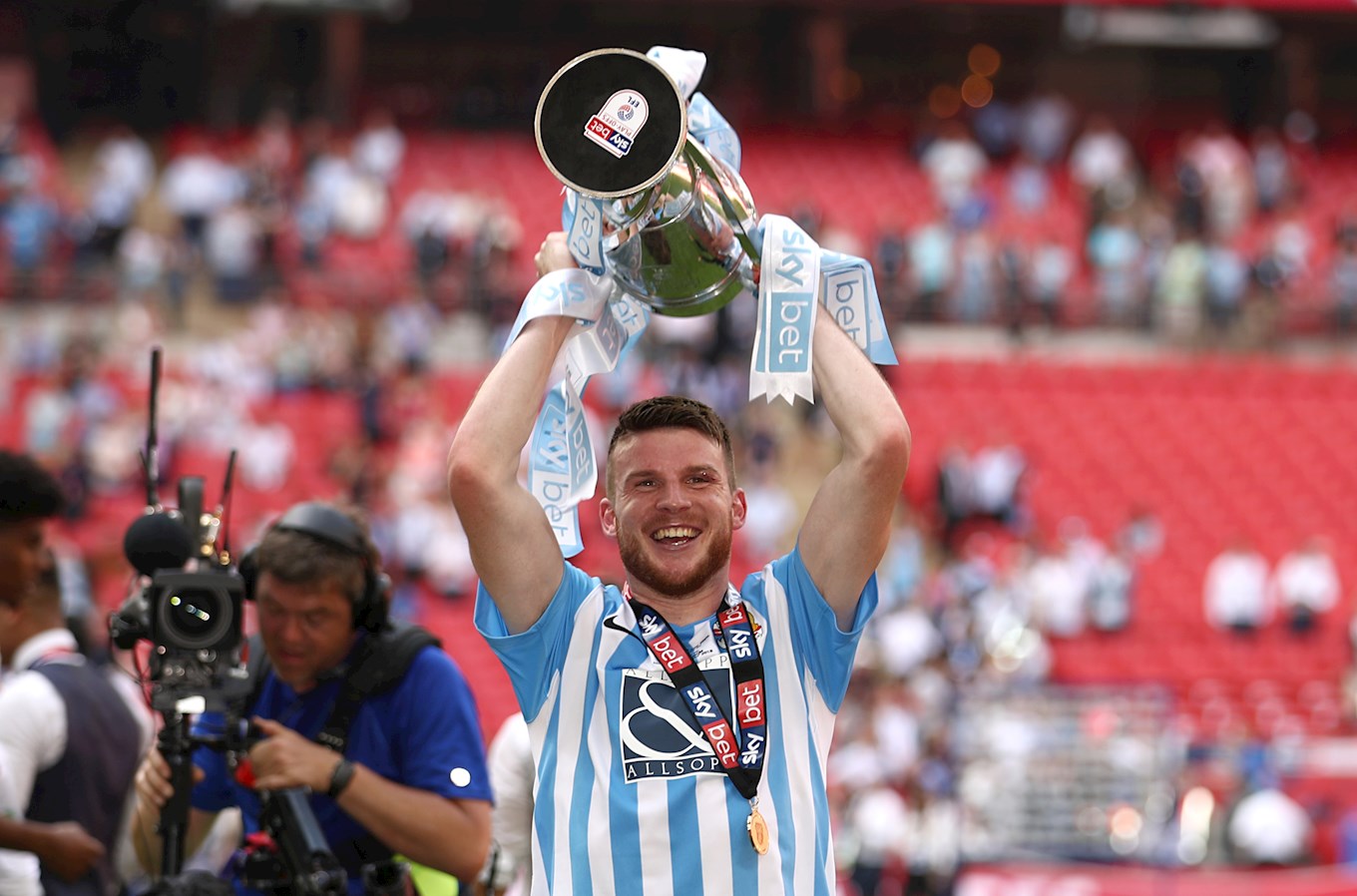 Fans favourite Chris Stokes joined the club from then non-league Forest Green in 2015 and went on to make almost one hundred appearances for the Sky Blues across four different seasons at the club.

He went on to be part of the squad that lifted the Checkatrade trophy in 2016 and sealed promotion back to League One the following year.

His move to the Sky Blues came after five hugely successful years at Forest Green, during which he won club accolades and received two separate call-ups to the England C squad.

Stokes is a player that is well liked and admired by both fanbases and had success during his spells at both clubs. 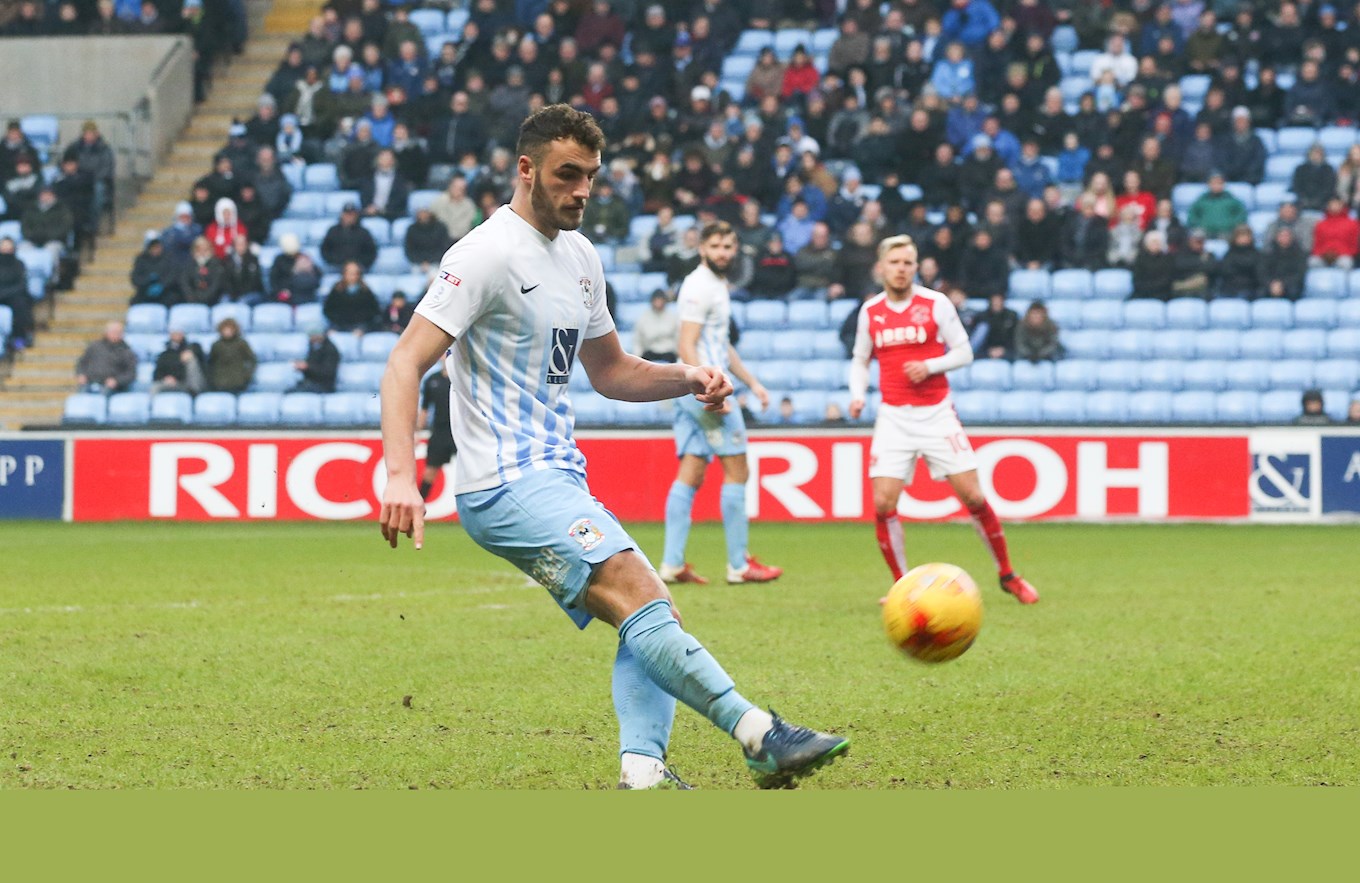 He had previously enjoyed a successful loan spell at Rotherham United, before joining Coventry in the 2016/17 and went on to make fourteen appearances.

After his release from Derby in 2018, Rawson joined current club Forest Green, and made 38 League starts last season and has remained a mainstay in the Rovers defence during the current League Two campaign. 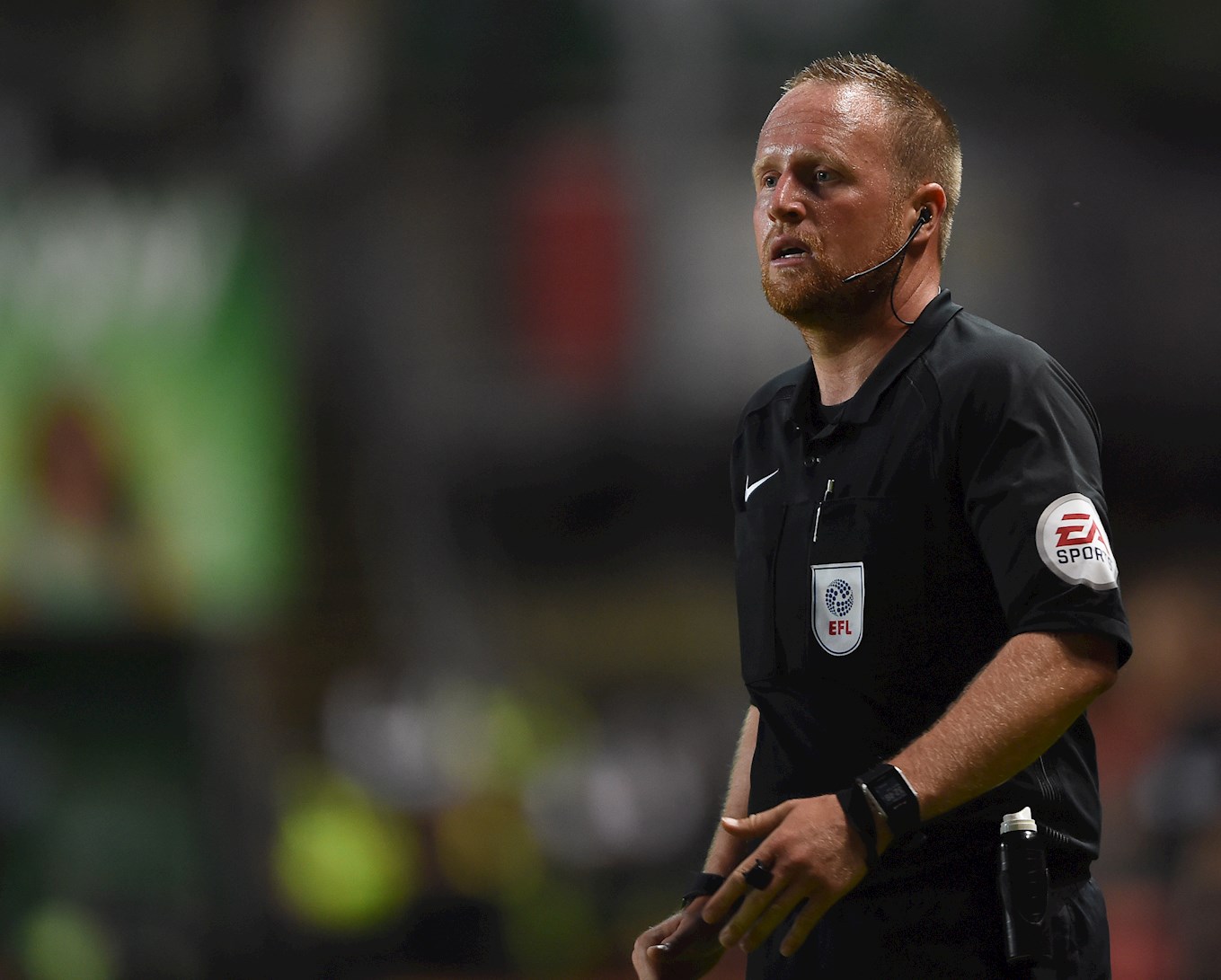 Rock has taken control of four matches this season at League Two and National League level, dishing out 14 yellows and awarding 2 penalties in the process.

He will be assisted by Andrew Laver and Lisa Rashid, whilst Samuel Ogles will be the fourth official for the fixture.